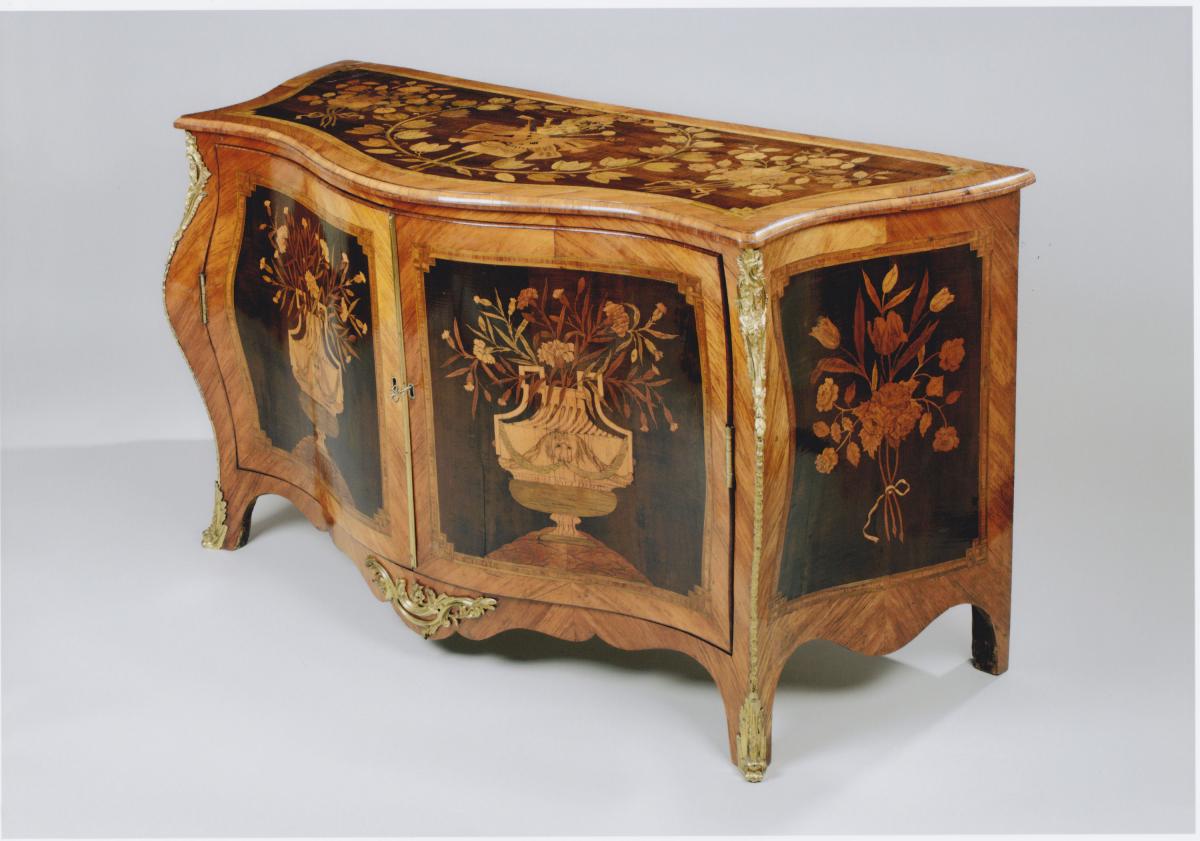 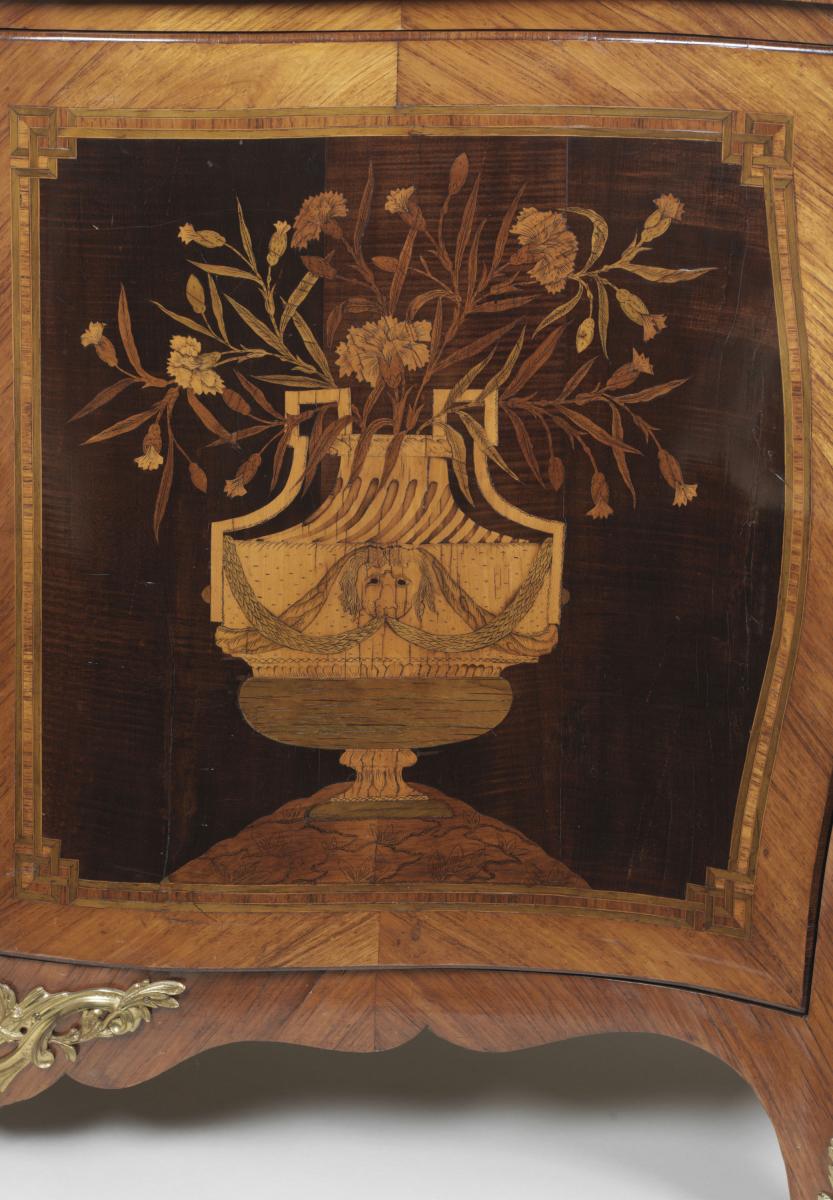 The top of the serpentine commode is inlaid with a marquetry panel of musical trophy hanging from a ribbon within a foliate cartouche, flanked by sprays of ribbon-tied flowers, on a background of harewood.

It has a broad cross-banded border and moulded tulipwood edge. The doors at the front have wide, cross-banded borders and green-stained banding with Greek key ornament at the angles. The centre is veneered in dark, stained harewood inlaid in the centre of each door with a classical vase filled with flowers, with gilt bronze banding down the side of one door.

The doors open to reveal three graduated drawers with drop ring handles with circular moulded back plates.  The sides are similarly veneered and inlaid with a ribbon-tied spray of flowers.  The shaped apron with scrolling floral gilt bronze mount and the protruding angles applied with floral and foliate mounts running down to acanthus sabots.

Possibly supplied to Thomas Edwards-Freeman, Batsford Park, Moreton-in-Marsh, Gloucestershire, and by descent with the house to

The commode belongs to a small number of commodes all of which would appear to have been made by a group of continental craftsmen working in England during the 1760s and 1770s.  The best known of these émigré craftsmen was Pierre Langlois who had premises in Tottenham Court Road.

The designs incorporated in the marquetry, in particular the musical trophy inlaid on the top, are very close to schemes of marquetry found on French pieces.  The vases on the doors, in the so-called “goût grec”, relate to engravings of Delafosse which were one of the most important sources for French craftsmen at this period.