A George III Marquetry Commode attributed to Ince and Mayhew 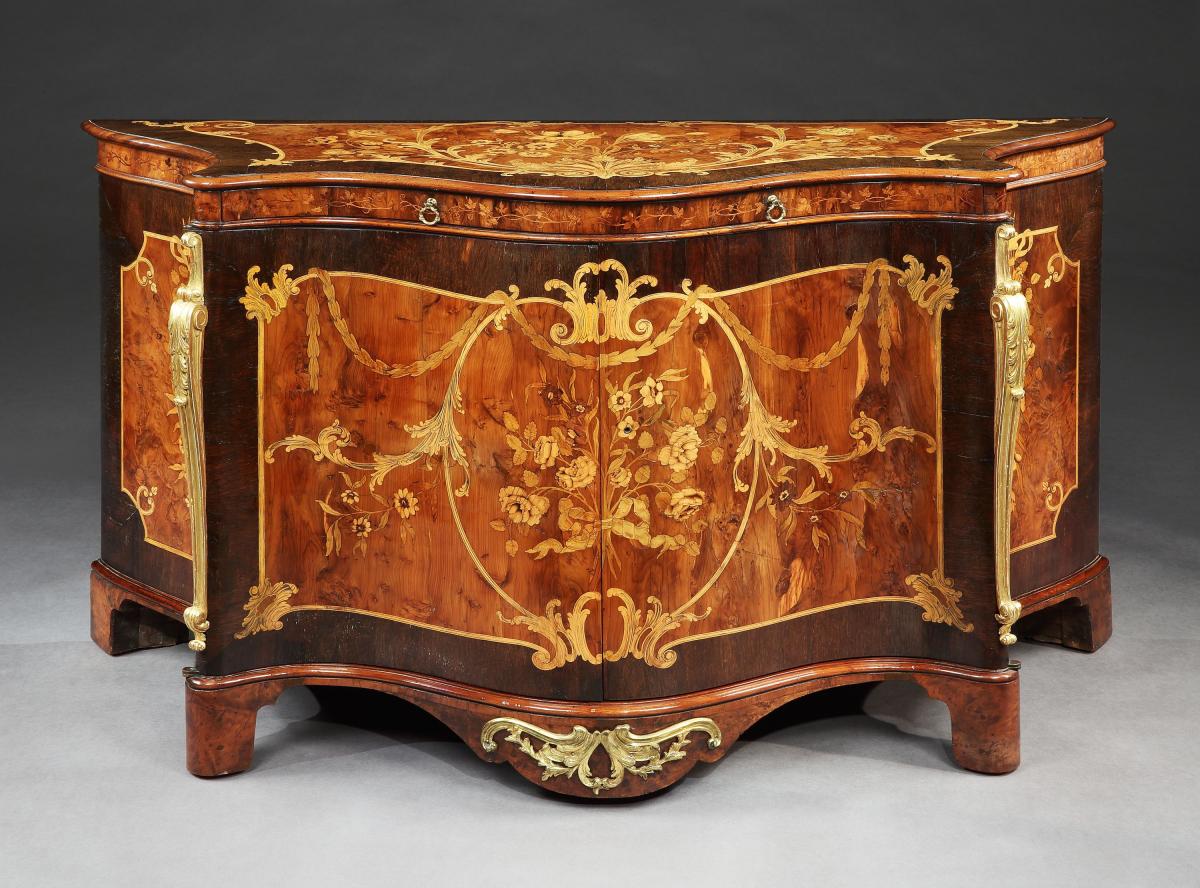 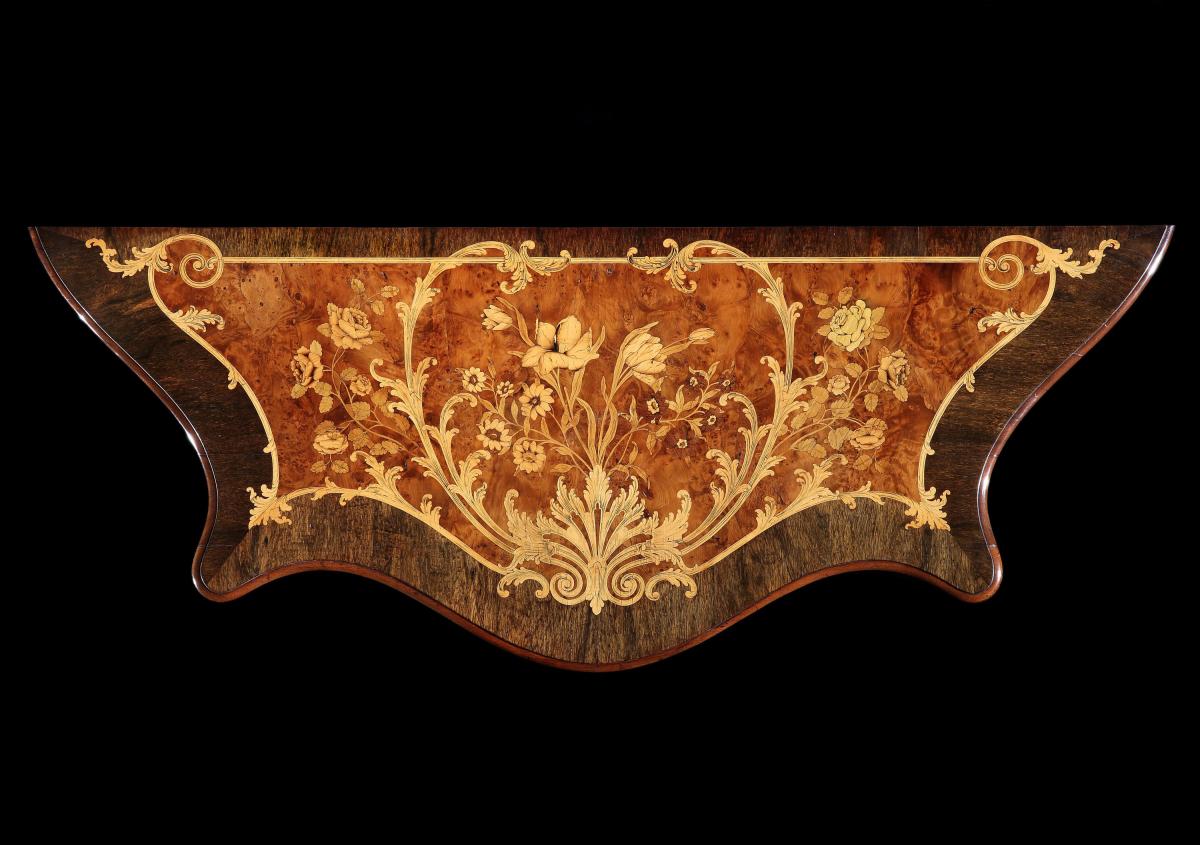 An exceptionally rare George III marquetry commode attributed to Mayhew & Ince.  The serpentine top centred with a rococo cartouche of floral marquetry on a yewwood reserve within a wide cross-banded and moulded edge, standing above a conforming frieze centred by a brushing slide fitted with an inset leather panel, the front of which features inlaid ivy decoration, the case centred by a pair of cupboard doors featuring a large cartouche surrounding a floral bouquet tied with a boy and flanked by swags and tailing foliage, similarly on a yewwood reserve with thick cross-banding, the case with rounded canted corners with conjoined carved giltwood foliate C-scrolls, the side panels with central floral festoons, the case raised on an apron centred by an ormolu rocaille-form cartouche and raised on rounded bracket feet.

This rare and magnificent marquetry commode can be attributed to the leading London Georgian cabinetmakers Ince & Mayhew.  William Ince and John Mayhew partnered together as ‘cabinet makers, carvers and upholders’ in 1758 and established a workshop in Carnaby Street, Soho before moving to Golden Square.  In 1762 they published The Universal System of Household Furniture, which was dedicated to the Duke of Marlborough. It was a folio of drawings and descriptions in both English and French that was produced in direct competition to their biggest trade competitor, Thomas Chippendale. Chippendale’s The Gentleman and Cabinet Makers Director, to which Ince had been a subscriber, had first been published in 1754 and circulated around the country amongst aristocratic subscribers and cabinetmakers alike.

Ince & Mayhew were very much influenced by the French taste and they worked closely with Robert Adam, most notably for Sir John Whitwell at Audley End in 1767, for the Duchess of Northumberland in 1771, for the Earl of Kerry in 1771, and in particular for the Duchess of Manchester in 1775, with the celebrated Kimbolton Cabinet amongst their masterpieces.

Ince & Mayhew distinguished themselves as exceptional cabinetmakers with particular skill at marquetry. Geoffrey Beard and Christopher Gilbert note that the two were ‘highly proficient and adventurous [in] the use of marquetry, distinguished by a variety of techniques and pointing to a significant number of specialist marqueteurs in the firm’s employ.’

This outstanding commode belongs to a distinct group of similar serpentine form and with the characteristic use of floral marquetry on a yew-wood reserve. This group is spread amongst prominent public and private collections. The others are as follows: