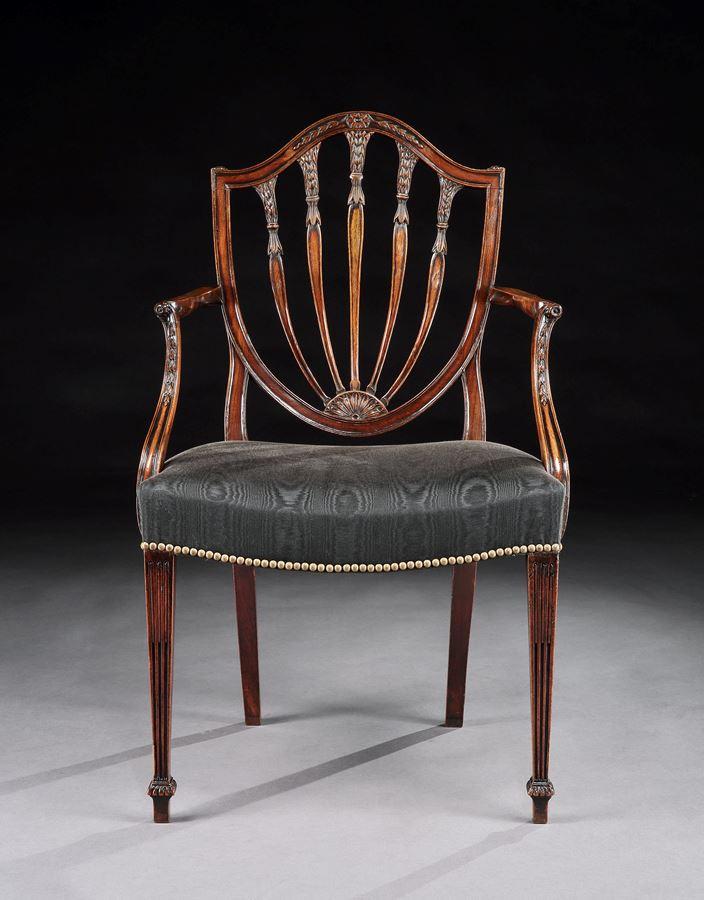 In the manner of George Hepplewhite or Gillows of Lancaster

With a pierced shield back with stylised sunflower and trailing harebells or husks within the channelled sunken panel frame, the similarly panelled tapered back splats with stiff leaf capitals eminating from a half round sunflower medallion to the base.

The outscrolled arms with rosette terminals with trailing harebells or husks, above an upholstered padded and close-nailed seat, standing on square stop-fluted tapering toupee front legs with a gadrooned collar at the ankle above a block foot, the back legs slightly splayed.

The chairback is inspired by Grecian pelta-shields with palm-flower splats radiating from a sunflower medallion. The design derives from a ‘bar-back’ sofa pattern published by George Hepplewhite in his Cabinet-Maker and Upholsterer’s Guide, as well as a ‘Camel back stay rail’ chair featured in the late 1780s archives of Gillows.

Stylistically, the sunflower alludes to Apollo’s role in antiquity as leader of the Muses of artistic inspiration. A set of four chairs of a closely related design was sold Christie’s in 2003.