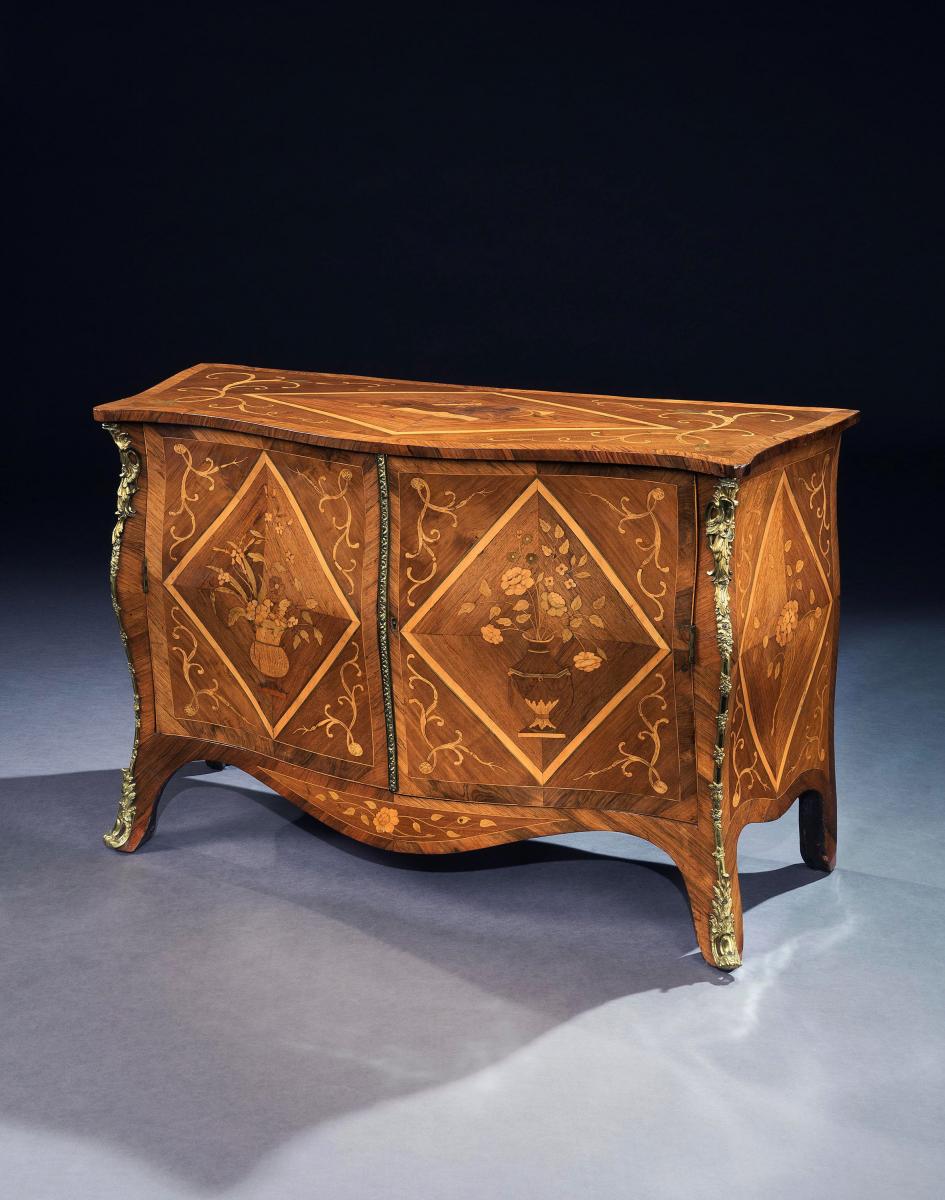 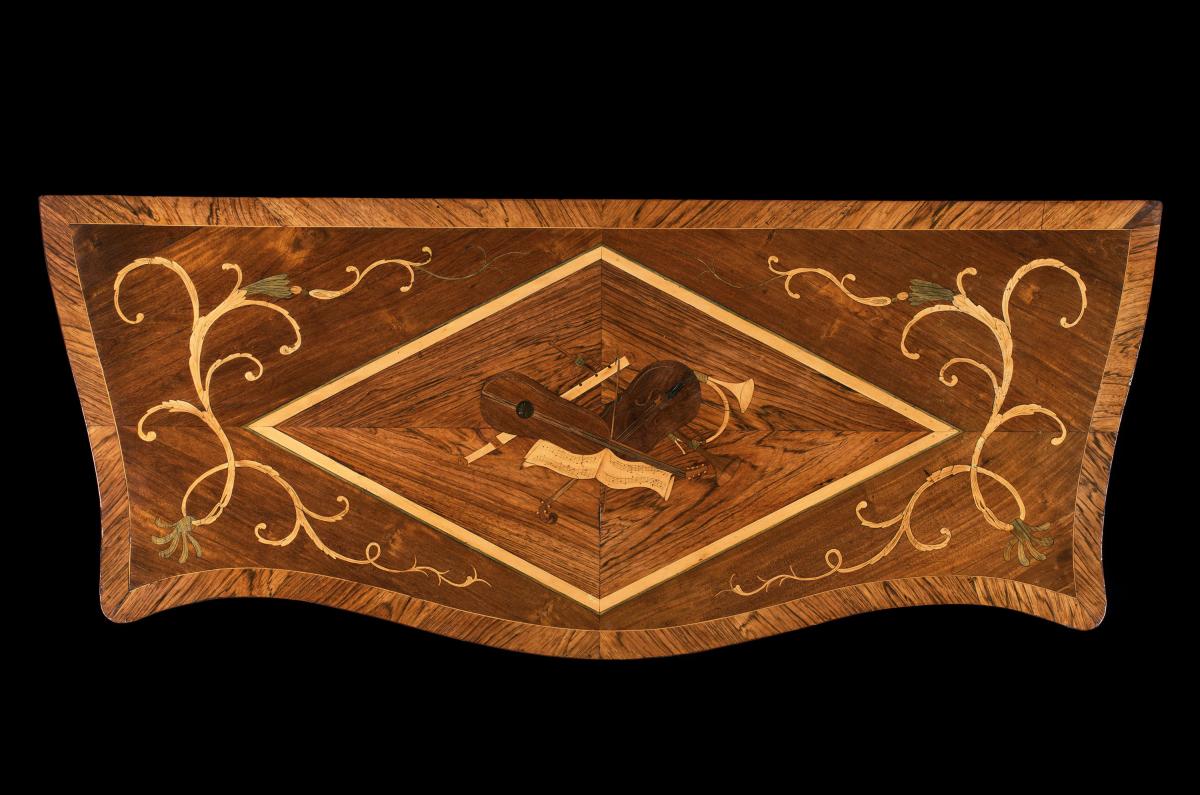 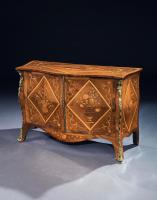 A George III bombé commode veneered in rosewood and harewood, the cross banded top inlaid with scrolls and a central diamond form enclosing a marquetry panel depicting a musical score and various  musical instruments.
The lower part with a pair of doors similarly inlaid and featuring neoclassical vases of flowers and flanked by fine ormulo mounts and standing on splayed feet.

This highly sophisticated commode benefits from its shallow proportions, and the particularly high quality of the marquetry and veneer.

The quality, style and construction of this commode is highly reminiscent of the work of Pierre Langlois ( 1718-1767) who was working in London at this time and whose bilingual trade cards advertised commodes “inscrutez de fleurs en bois et marqueteries, garnie de bronze dorees”

Pierre Langlois was a highly skilled cabinetmaker and a successful businessman, he worked on commissions for some of the most distinguished patrons in the country. Examples of his work can be seen in several great country houses, as well as at Buckingham Palace and Windsor Castle.

By 1759 Langlois was well established at his workshop in London at 39 Tottenham Court Road, premises which he shared with Dominique Jean. Jean was an accomplished metalworker who married Langlois daughter, and made mounts for much of the furniture produced by Langlois.

Langlois greatly admired cabinet making styles emanating from France in the mid 18th Century, and his designs were influenced by this.  It is almost certain that at some point he studied in Paris, most likely in the workshop of Jean-François Oeben ( 1721-1763).

Pierre Langlois was one of the few cabinet makers along with Thomas Chippendale ( 1718-1779) and John Cobb (1710-1778) who successfully paired French and English Tastes in a number of spectacular commissions.

A commode also featuring the rare depiction of musical instruments, was commissioned for the 6th Earl of Coventry and is in the collection of  the Metropolitan Museum of Art in New York.