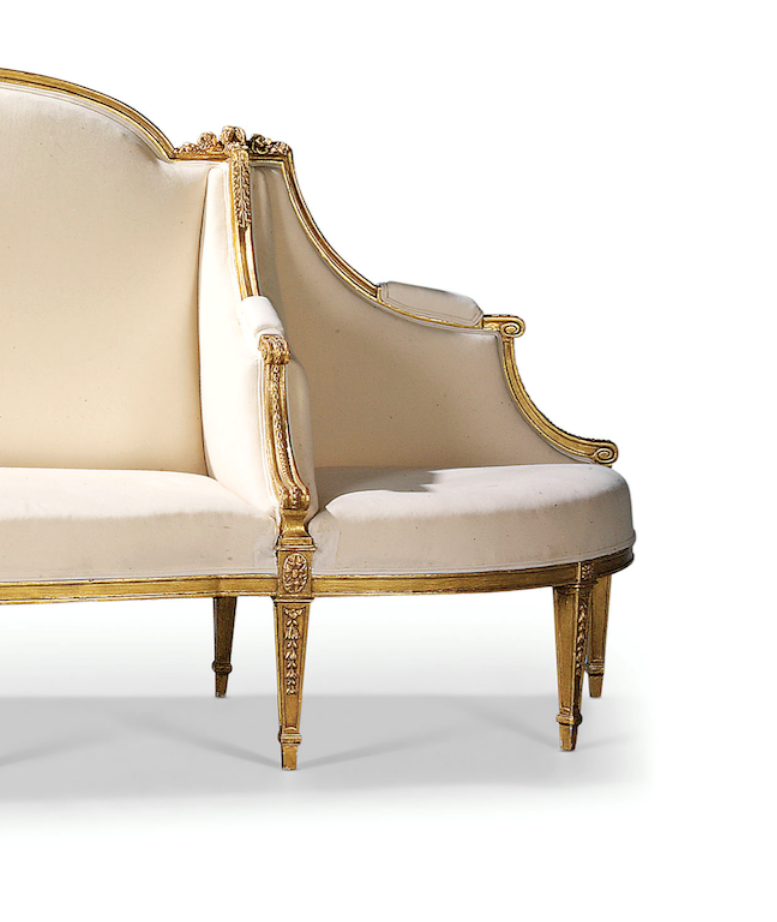 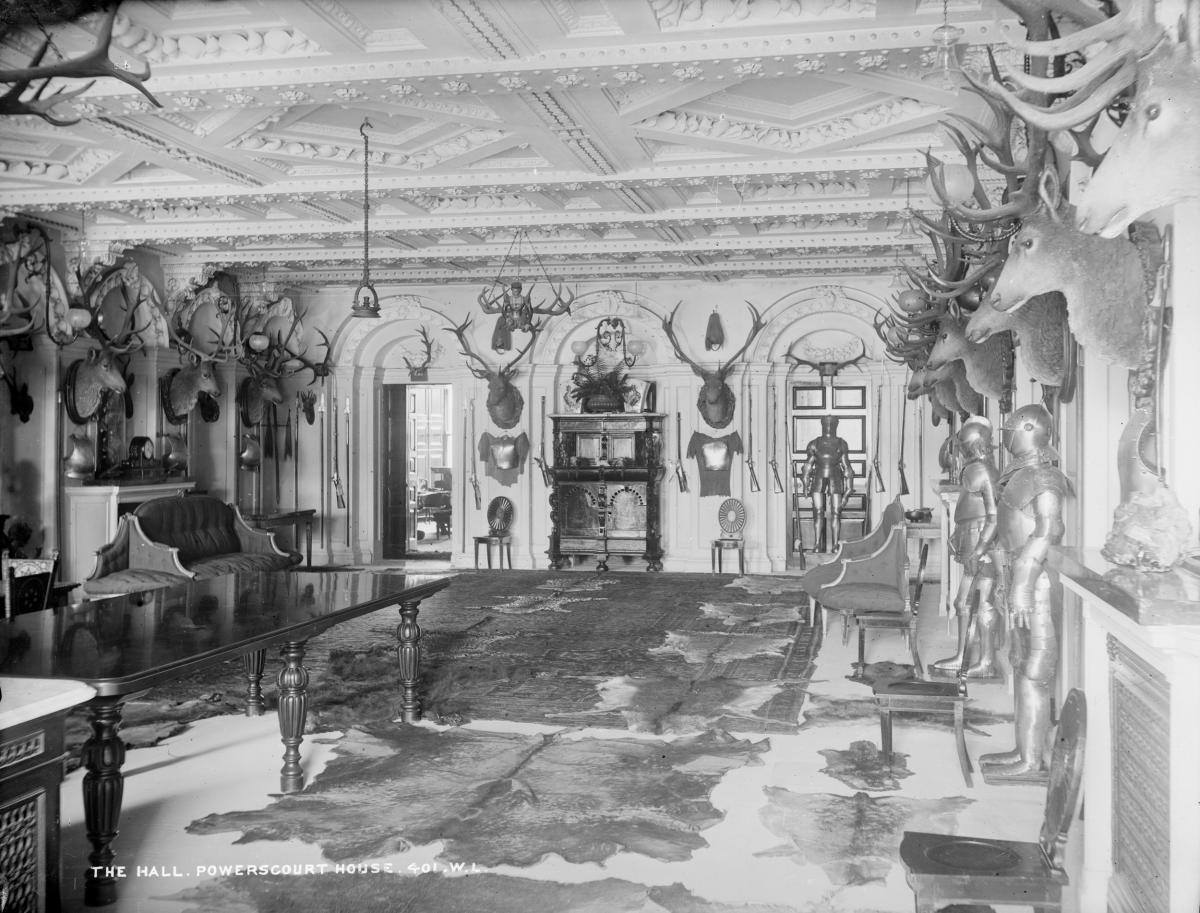 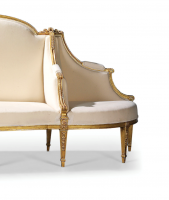 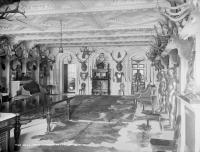 An extremely fine and rare George III giltwood confidante sofa, in the manner of William and John Linnell in the French neo-classical table, the moulded giltwood channelled frame with paterae flanked by husk pendant cresting, carved in relief with flower-heads, standing on square panelled tapering legs.

Photographed in situ  in Powerscourt, circa 1890

Almost certainly acquired by either the 5th, 6th or 7th Viscount Powerscourt and by descent at Powerscourt, until the house was sold with the contents to Mr. and Mrs. Ralph Slazenger in 1961.

Powerscourt, one of the most famous of all Irish houses, was largely the creation of Richard Wingfield (d. 1751), 1st Viscount Powerscourt from 1728-43 to designs by Richard Castle, but was extensively remodelled by the 6th and 7th Viscounts Powerscourt throughout the 19th centiry, including a suite of drawing rooms redecorated for the visit of King George IV in 1821. The 6th Viscount spent much of his time travelling in Italy for his health and it was he who brought the finest of the bronzes, marbles and ornaments that decorate the magnificent gardens, laid out in grand Baroque manner under the direction of Daniel Robertson from 1842.

The estate remained in the family, but with mounting debts the house was sold in 1961 to Mr. and Mrs. Ralph Slazenger. Tragically, the house was gutted by fire in November 1974 just before it was due to be open to the public. Many of the furnishings that survived were sold in Christie's house sale of 24 - 25 September 1984.

The design of this three-part sofa originated in France in the mid-18th century, and allowed confidential conversations, here the name 'confidante'.

There are a number of design drawings for this form of tri-partite sofa by William and John Linnell in the collections of the Victoria & Albert Museum in London. The leading London firm of Linnell supplied a suite of seat furniture including two related confidante sofas for the Duke of Argyll, circa 1773, for Inverary Castle. These sofas share many similar features with our confidante including the square tapered legs of a close design.

George Hepplewhite also produced designs for a 'Confiante and Sofa' in the Cabinet-Maker and Upholsterer's Guide, published in 1788 by his wife Anne after his death two years earlier.

Photographed in situ in Powerscourt, circa 1890 in the Hall, together with the matching confidante.