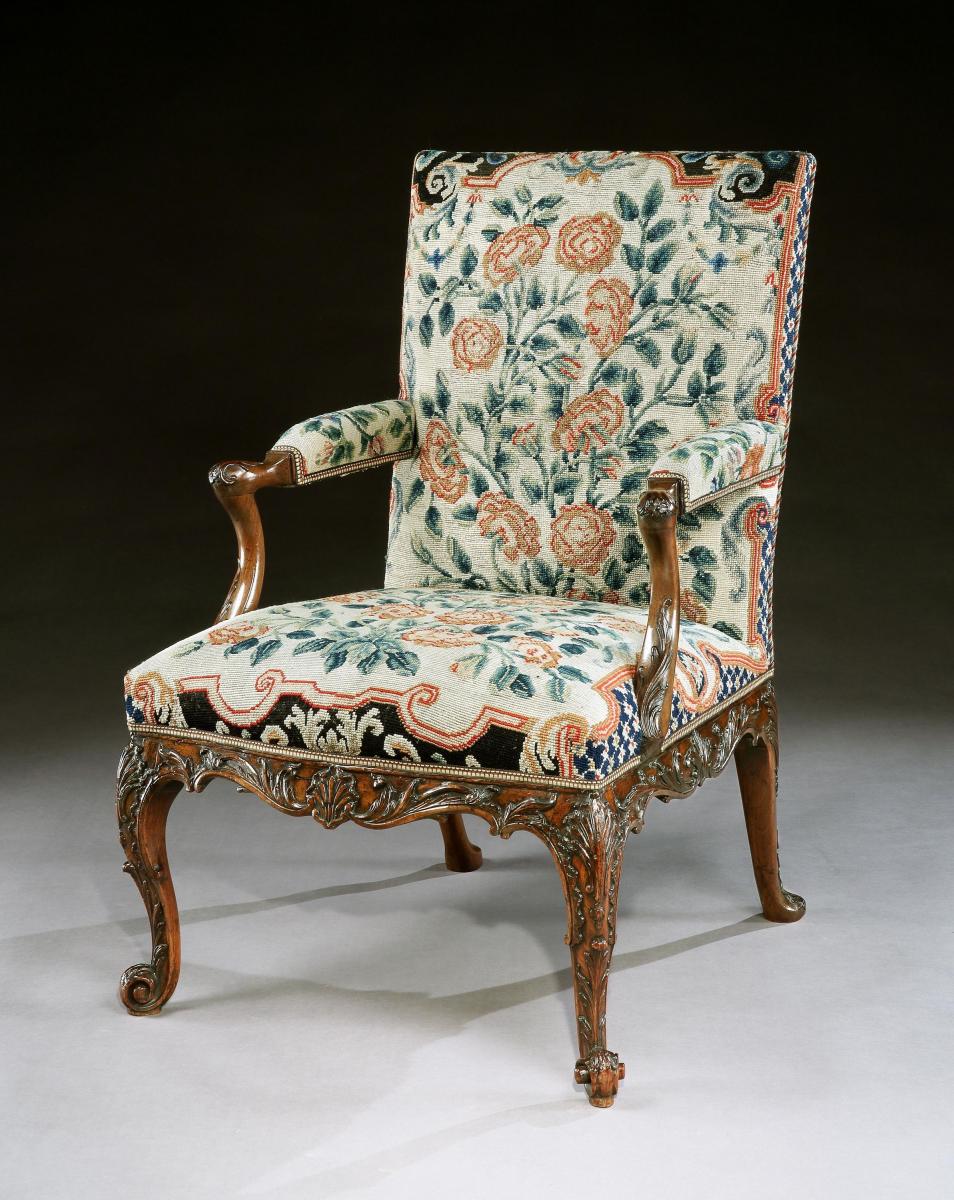 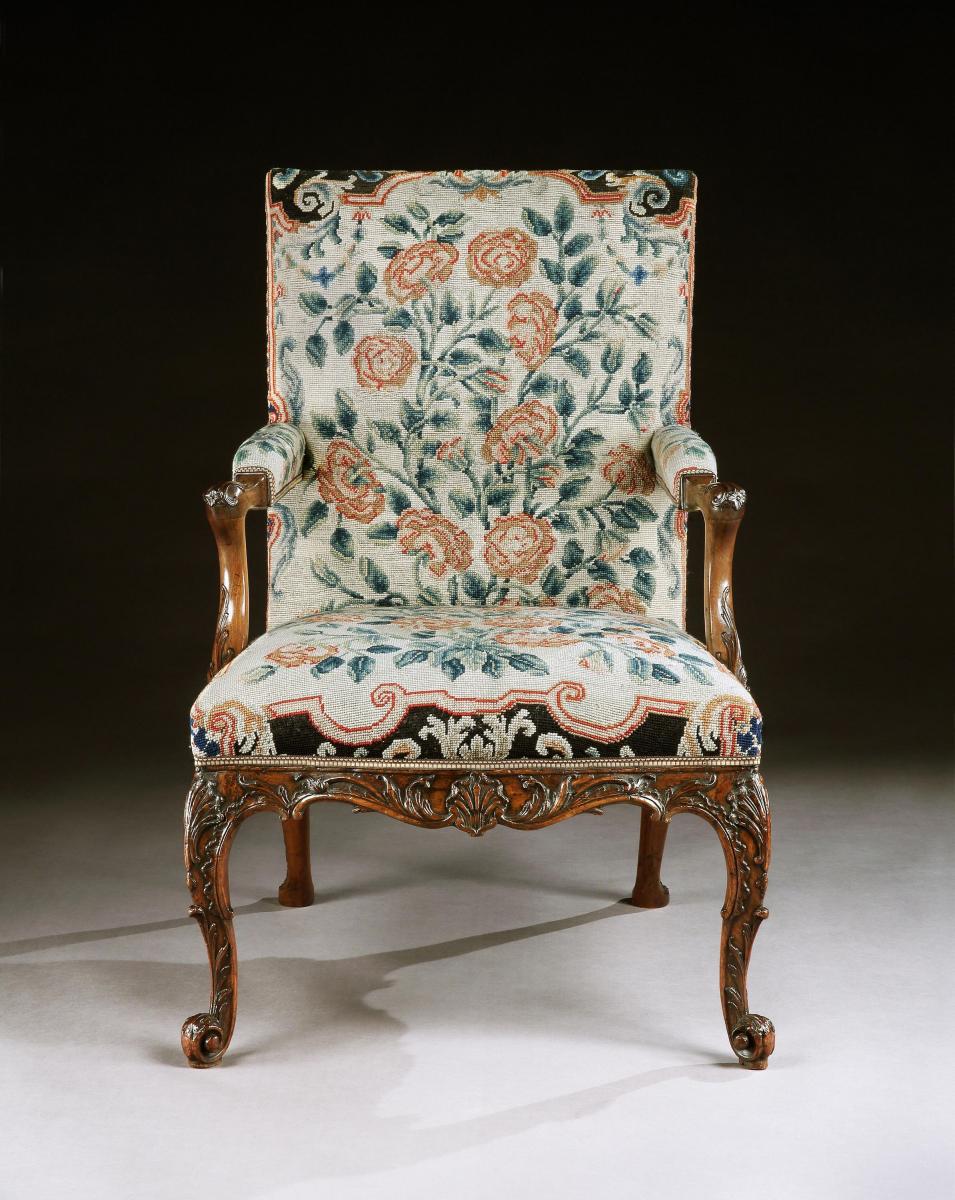 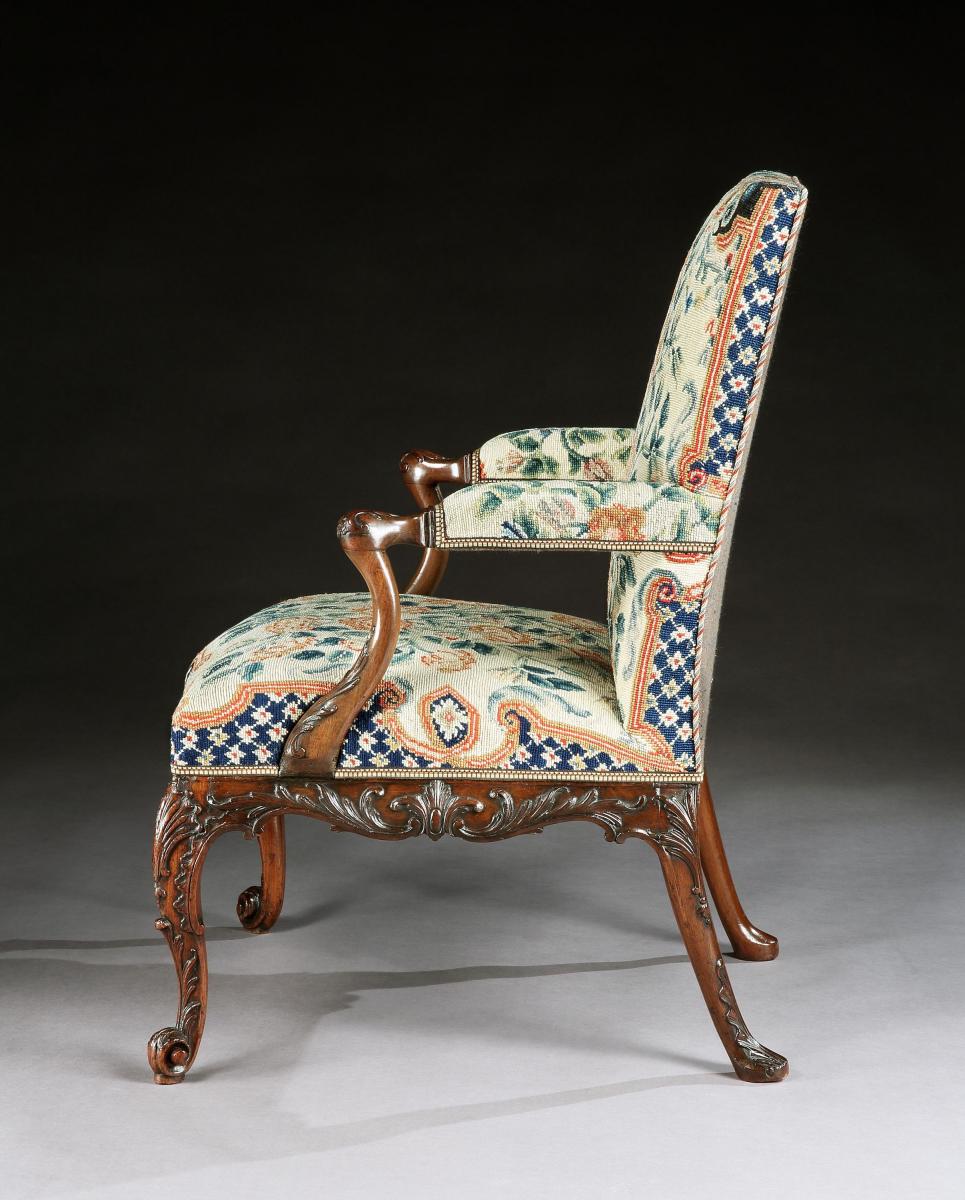 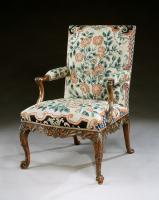 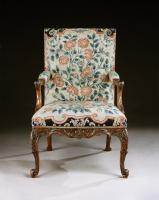 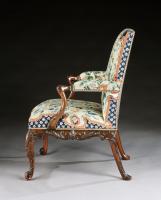 This richly carved chair has its serpentine frame embellished with Roman acanthus foliage and scalloped C-scrolls in the French rocaille fashion. First popularised as the ‘Modern’ style in Thomas Chippendale’s The Gentleman and the Cabinet-Maker’s Director, 1754, it form derives from the Louis XV ‘fauteuil’ of the 1730s as featured in the engraved Oeuvres of Juste-Aurele Meissonnier (M. Jarry, Le Siège Français, Fribourg, 1973, D.27). Sculpted with cartouches of shells recalling the triumph of the Roman goddess Venus, the chair corresponds to Chippendale’s ‘French’ chairs, and in particular to the plate XXII in the third edition of his Director (1763), the accompanying text stating ‘both the Backs and the Seats must be covered with Tapestry, or other sort of needlework’.