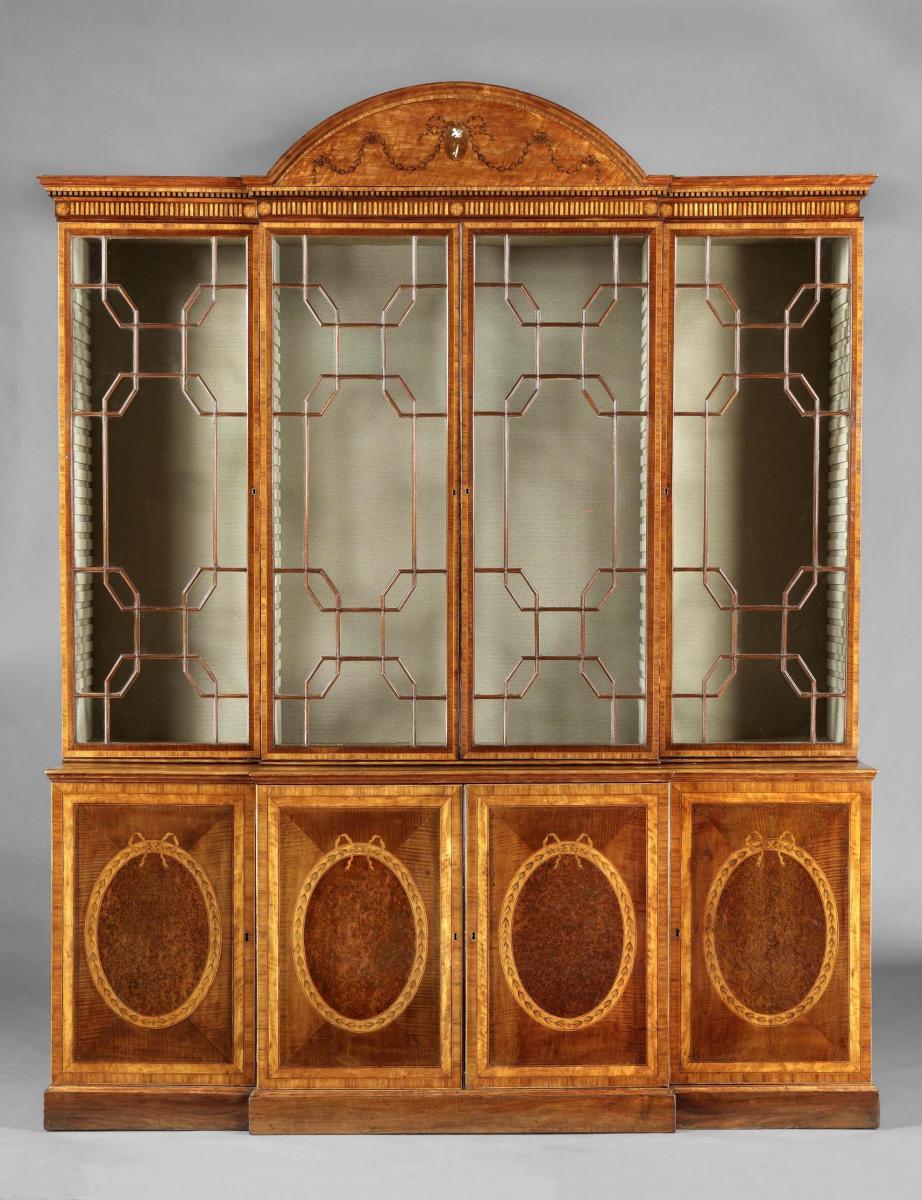 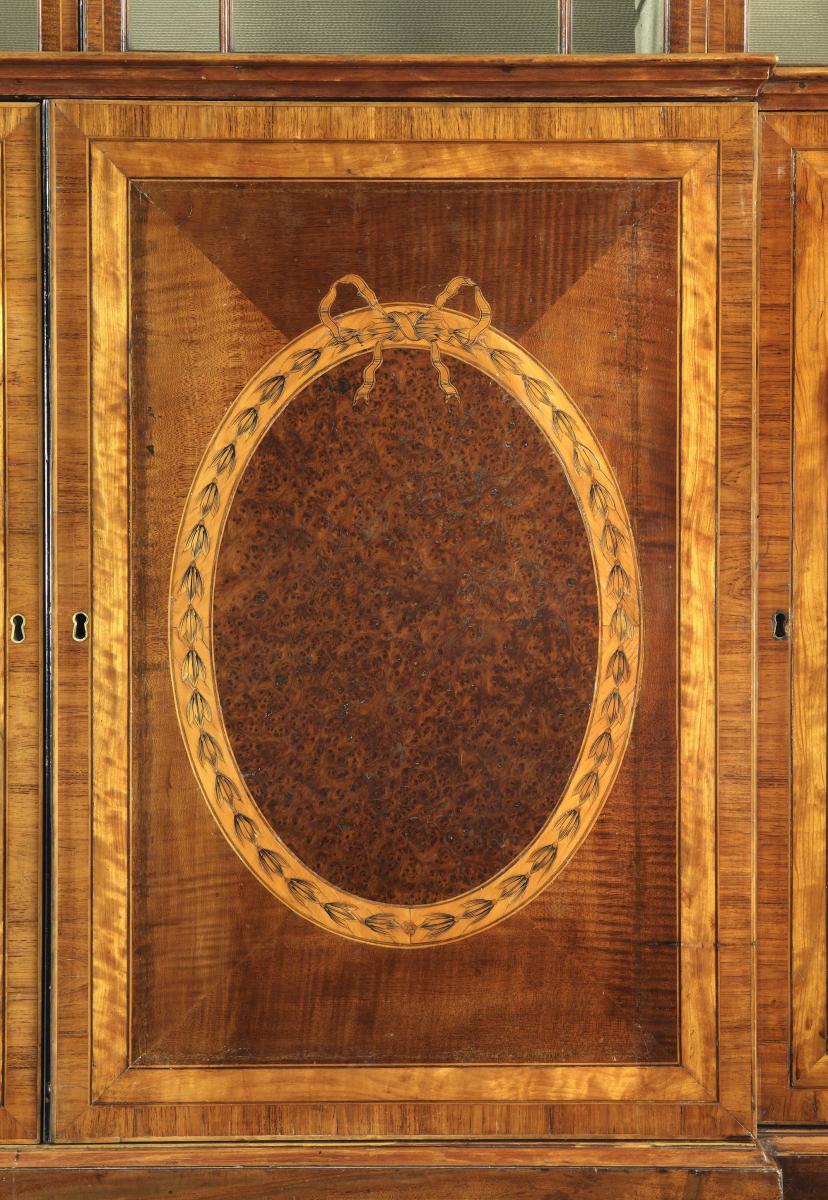 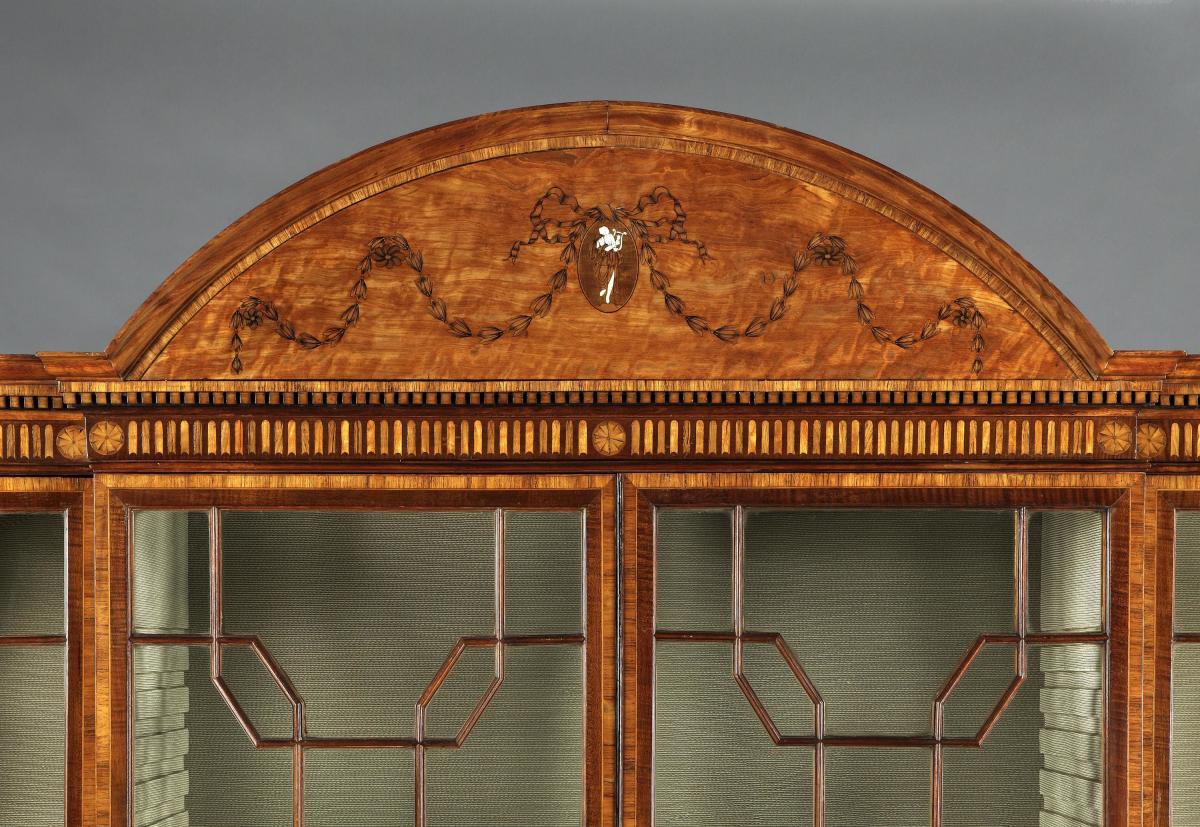 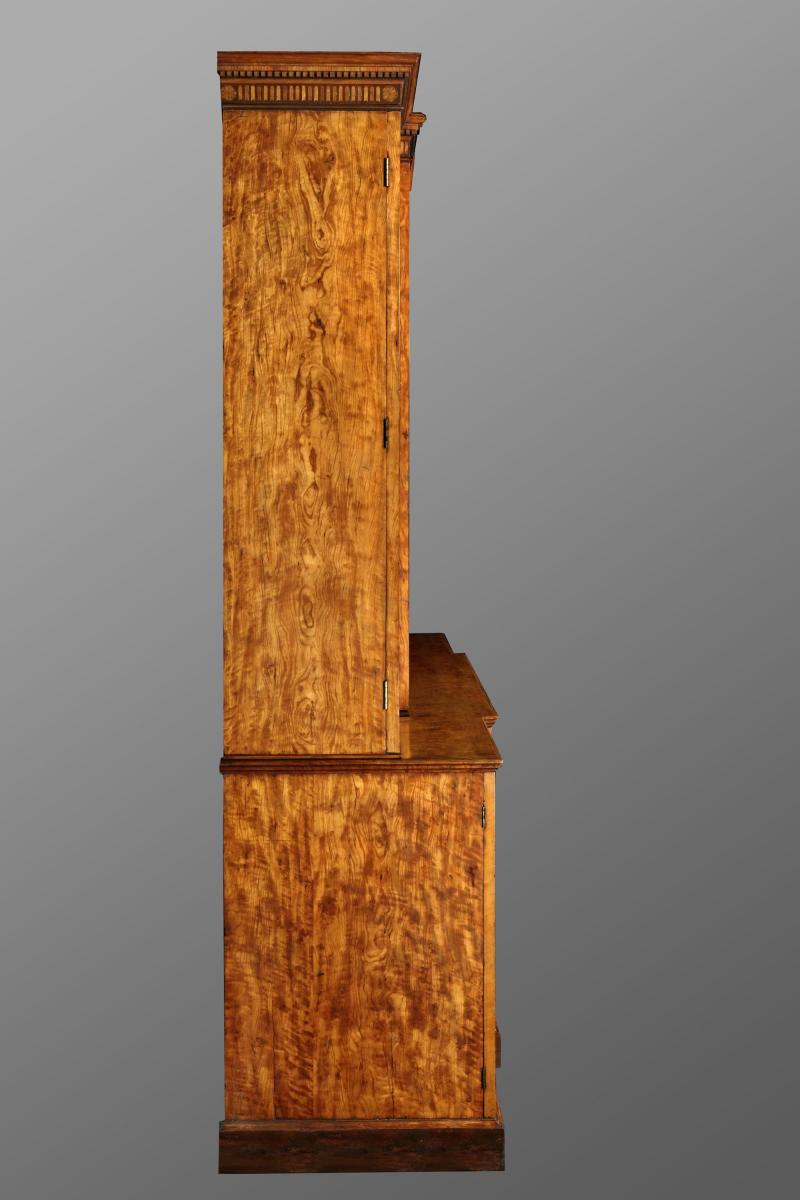 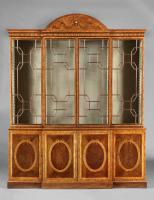 The bookcase, which employs the finest veneers,has a moulded and dentil cornice with an arched central pediment inlaid with Erato and ribbon-tied swags above a frieze with simulated stop-fluting and roundels.

Below, are four cross-banded and astragal glazed doors to the cabinet section and four solid doors inlaid with husk- wreathed oval panels of yew wood to the base.

The bookcase is inscribed in pencil with the family name ‘Tower’ and is likely to have been commissioned by Christopher Tower (d.1810) for his wife Elizabeth (née Baker of Elmore Hall, Durham) at the time of his inheritance in 1778 of Weald Hall, Essex.

The bookcase was offered in the Alfred Savill & Sons house sale, Weald Hall, 1-13 July 1946, lot 431 and retained by the family following the sale.

Attribution
There are a number of characteristic features evident on this bookcase which are closely associated with Mayhew and Ince of the Golden Square, Soho.

However, the most telling feature is the inclusion of the same image of the muse, Erato, as may be seen in a painted medallion embellishing a tambour writing-table that was formerly at Durdans, Epsom.

The glazing pattern may be found in the third edition of Thomas Chippendale’s Gentleman and Cabinet-Maker’s Director.

Iconography
The bookcase celebrates lyric-poetry and is designed in the elegant George III Roman fashion of the 1770s. Its triumphal-arched temple pediment, intended to be crowned by sacred urns, has its tympanum labelled with a beribboned medallion of Erato, the lyre-playing Muse of Love Poetry and Mount Parnassus companion of Apollo as leader of Artistic Inspiration.