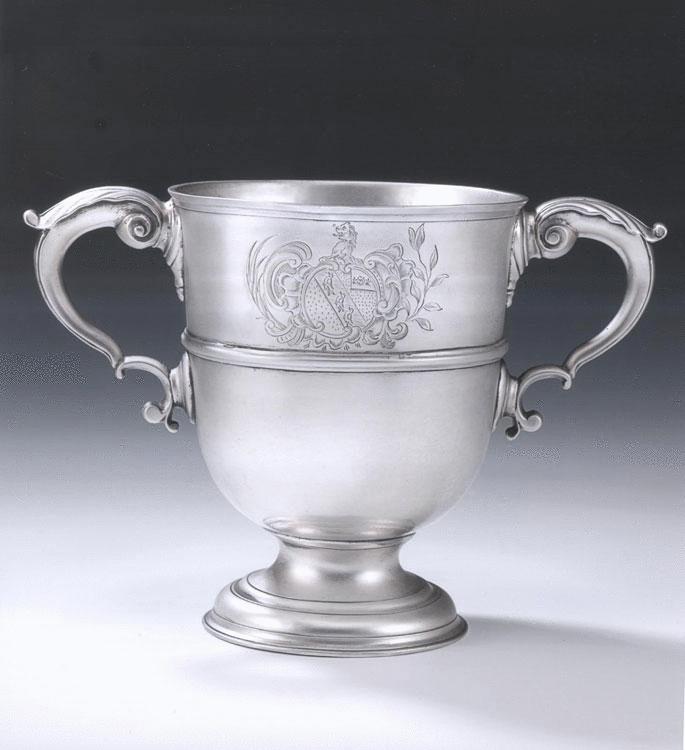 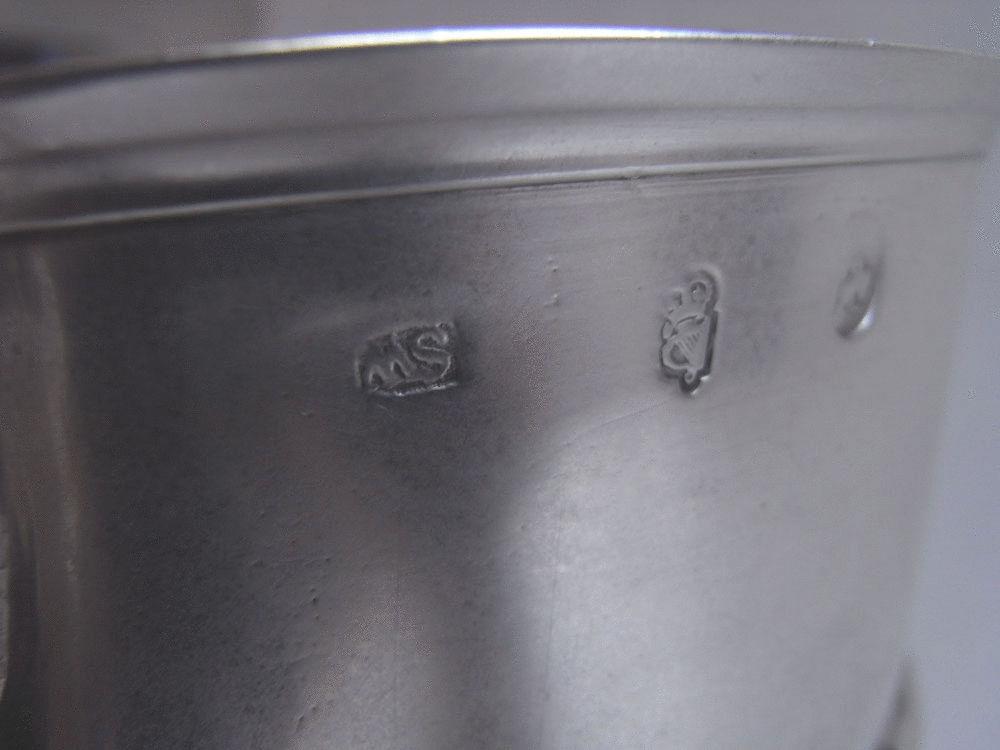 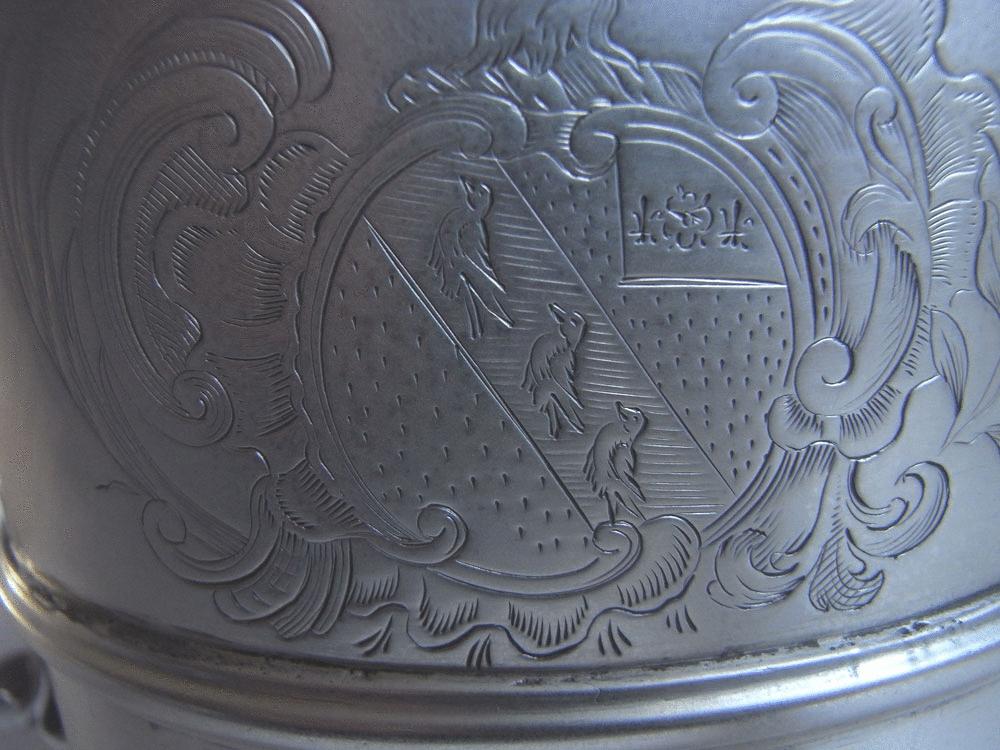 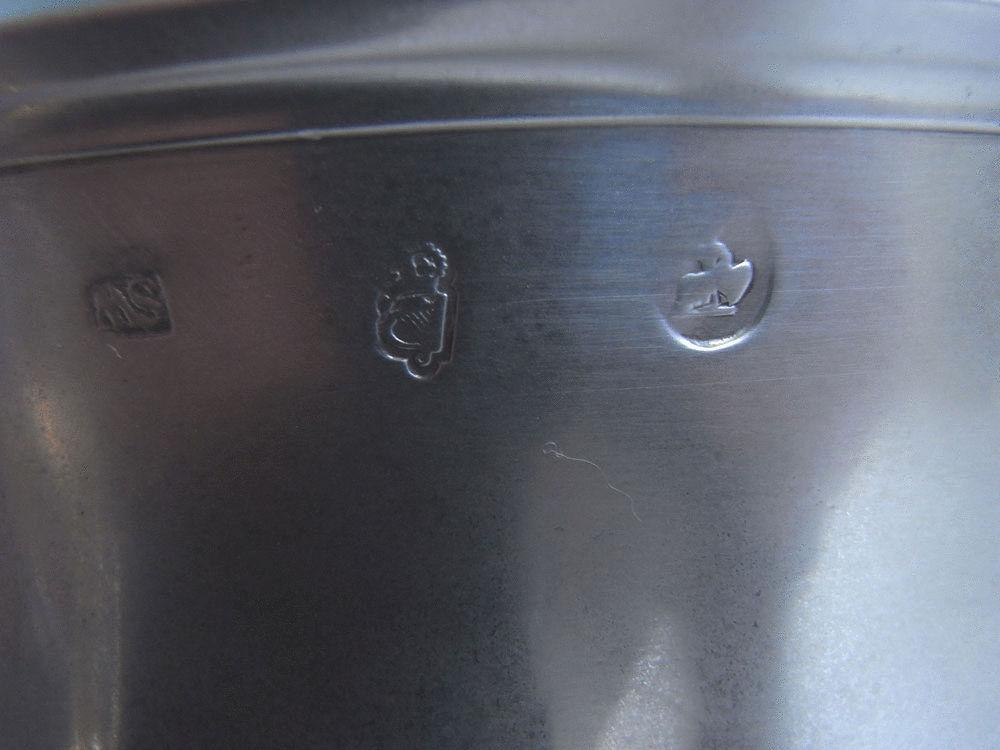 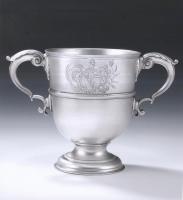 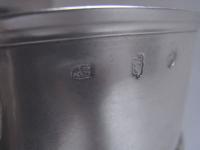 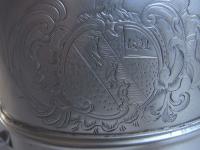 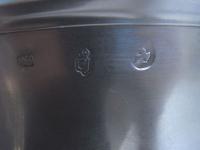 The Cup stands on a domed spreading foot which is decorated with reeding. The main body is of the typical inverted bell form with a slightly everted rim and an applied girdle around the centre of the main body.

The two S scroll handles are attached to the main body with circular mouldings and display leaf capped decoration. The front of the cup is engraved with a contemporary Armorial, with a Crest above, all surrounded by a cartouche of scrolls, shells and foliate sprays.

The base is engraved with a set of contemporary initials. The Arms are those as granted to the Harding family of London in 1568, however our research has unearthed an Irish branch of the family using identical Arms, however the name is spelt Harden.

John Harden Esq of Borris OLeigh Co Tipperarary, had, with other issue, a fourth son named George. It can reasonably be assumed that the initials beneath this cup refer to George Harden and his wife. T

he Cup is well marked on the side of the main body and possesses an excellent colour.