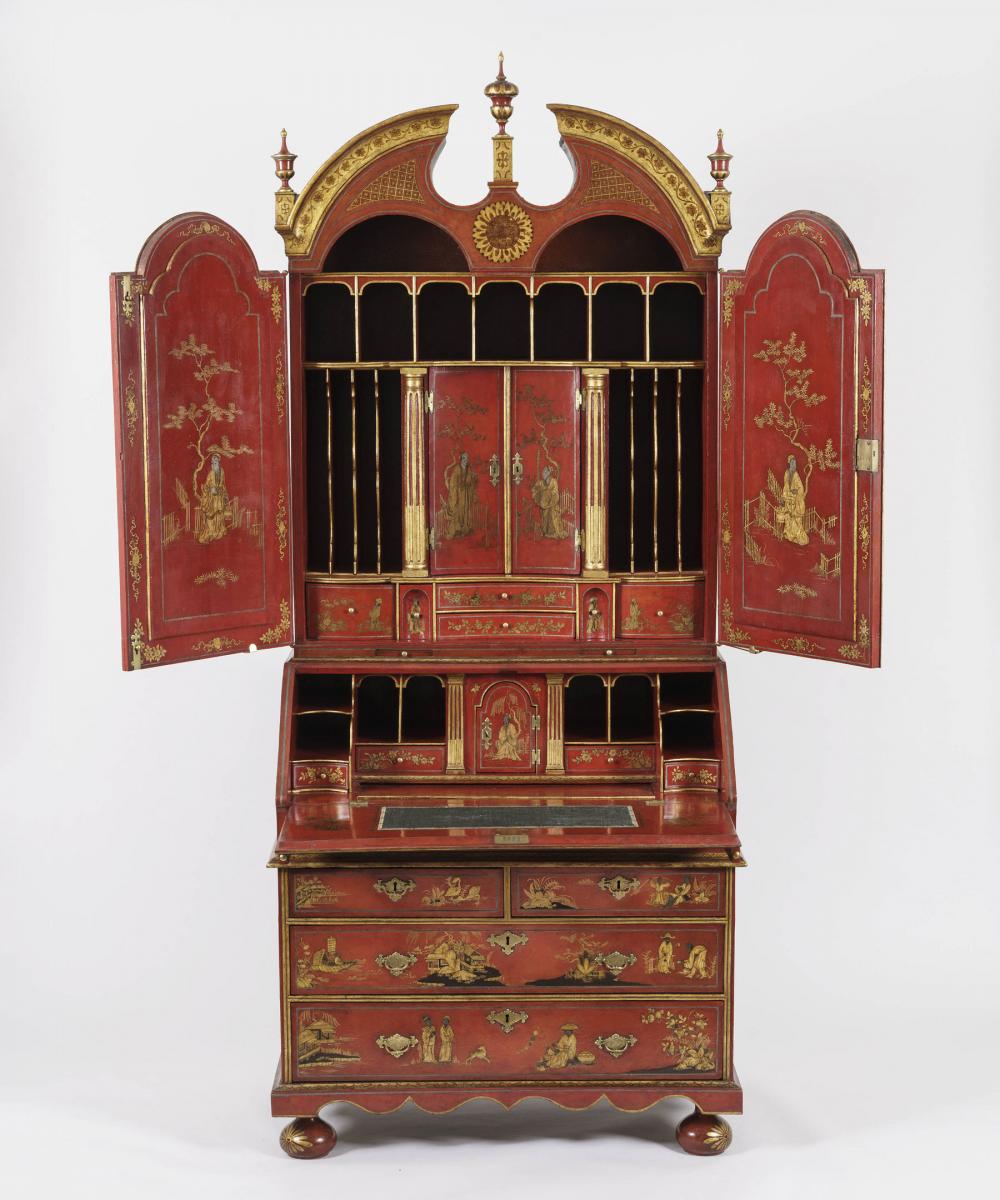 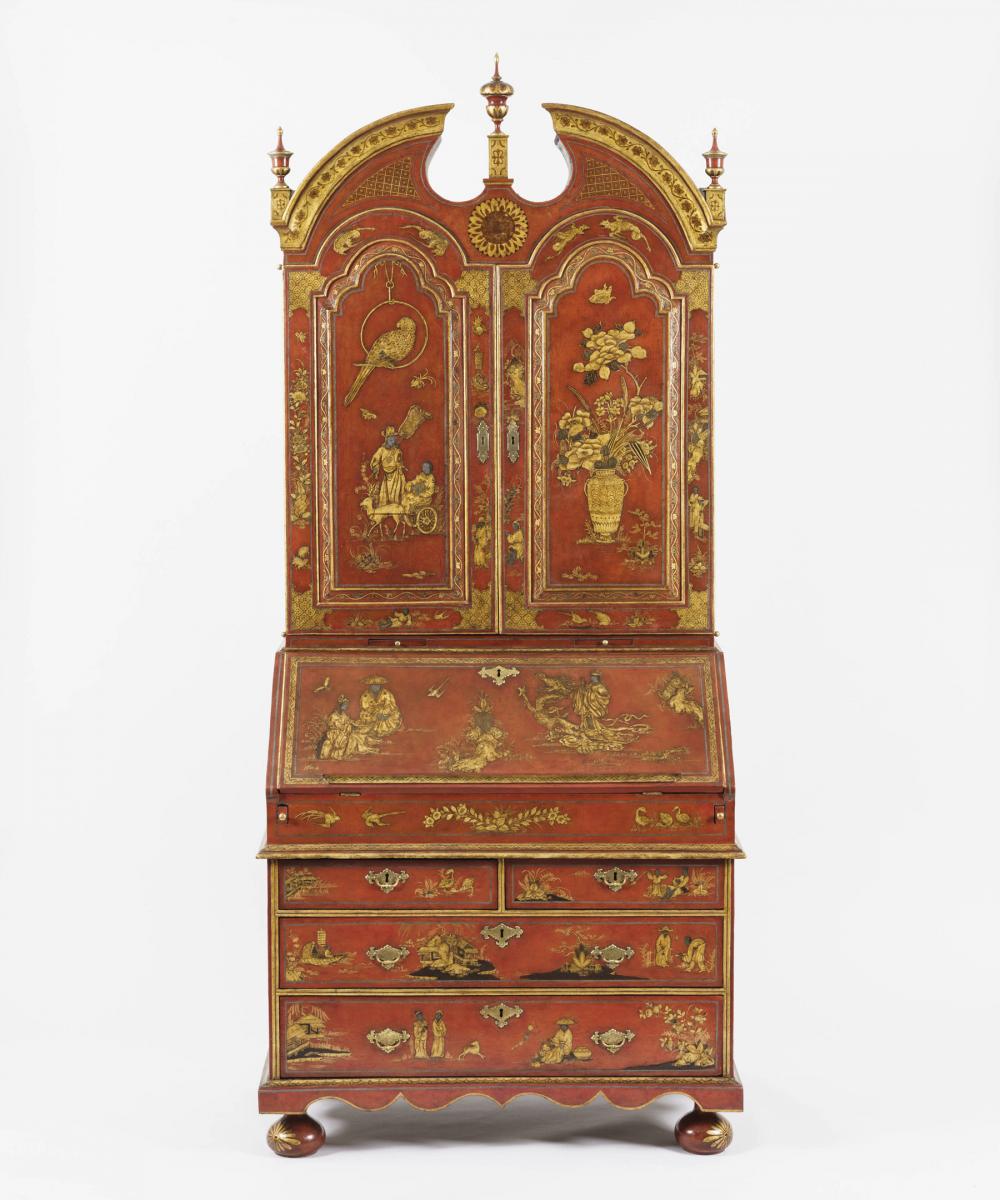 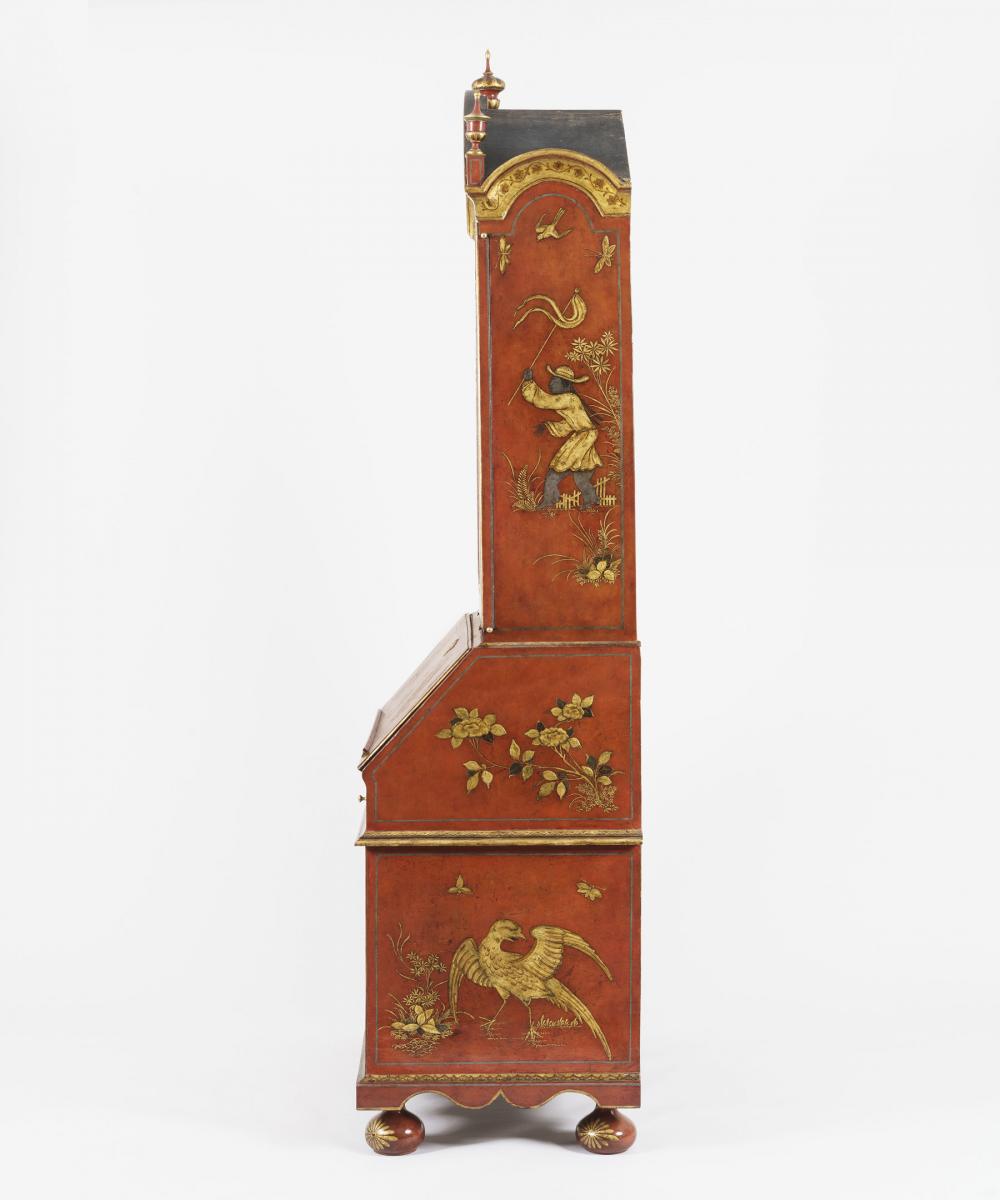 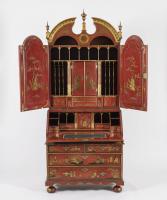 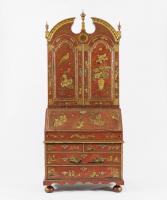 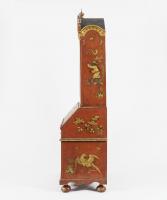 From as early as the second half of the17th century Chinese art and design began influencing European artists and designers.  It reached its first zenith (for it would recur in the Regency period) in the 1720’s and no more so than in the production of ‘japanned’ bureau bookcases like this one.

Although sometimes referred to as lacquer, not only were the Chinese averse to sharing recipes for their lacquer but it was not possible to transport the raw material in a useable form.

Thus, European manufacturers devised a way in which to produce their own version with a highly polished surface that very effectively mimicked lacquer.  However, over time that lustre diminished leaving a much more understated surface, although no less decorative in its appeal.

This example is quite unusual in having decorated surfaces on the front of the doors where more typically there would be mirror plate.  The decoration on the doors, and overall, is entirely drawn from Chinese sources.

Most famously, Messrs. Stalker and Parker’s A Treatise of Japanning and Varnishing, 1688, but also all the porcelain, lacquer screens, silk fabrics and other Chinese products being imported at the time.

It is in fact, the decoration that marks this piece out.  In particular, the variety of motifs employed; the wonderful Parrot on its hoop, the lady being drawn in a carriage by a deer, the wonderful vase of flowers, the dragons seemingly playing at the tops of the doors and possibly a God riding a dragon on the fall. That’s not to ignore the various animals or the sailing ship.

It is also significant that the finials and all the metal work are original, it is only the bun feet that have been replaced, an entirely typical occurrence for this form of furniture.  This is an extremely fine example and in excellent condition.

Mrs Buckley had made numerous shopping trips to London during the 1920’ & 1930’s and the bookcase is presumed to have been purchased at that time.

The home was the setting for charity teas and lunches – both Jonathan (who was president of the East Side House Settlement) and Sarah were highly involved in philanthropic and social endeavours. Sarah was for several years the Vice President of the New York Y. W. C. A. and the Garden Club of America.