Genre oil painting of figures in a cottage with two donkeys, a pig and a dog by Charles Hunt Jnr 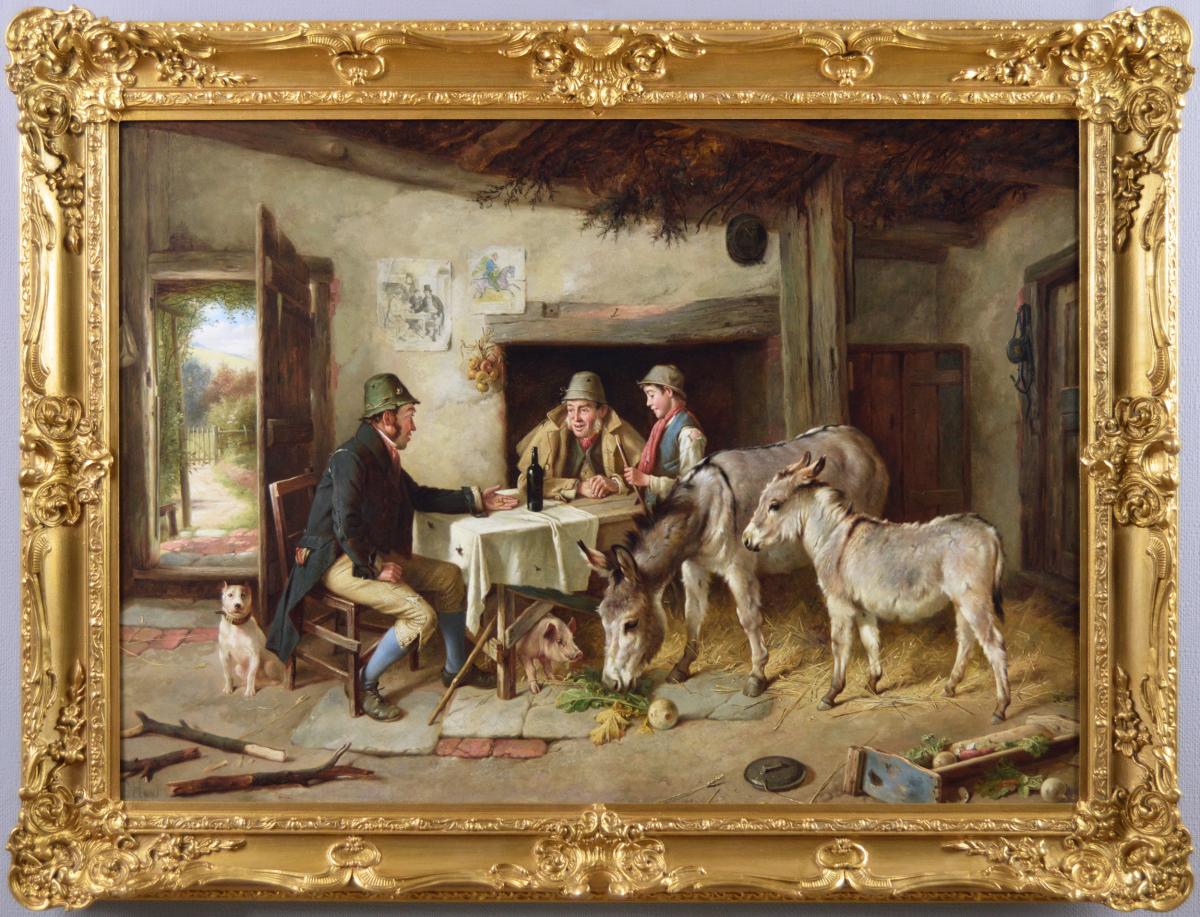 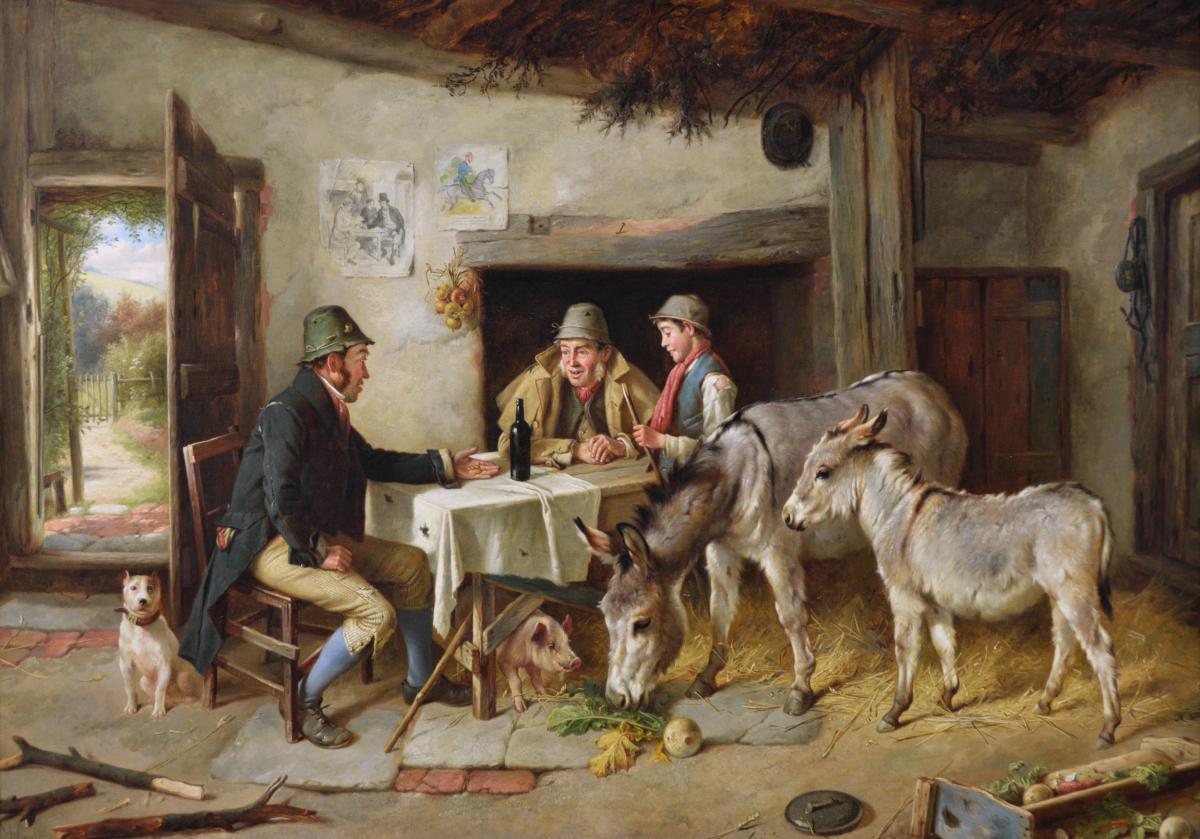 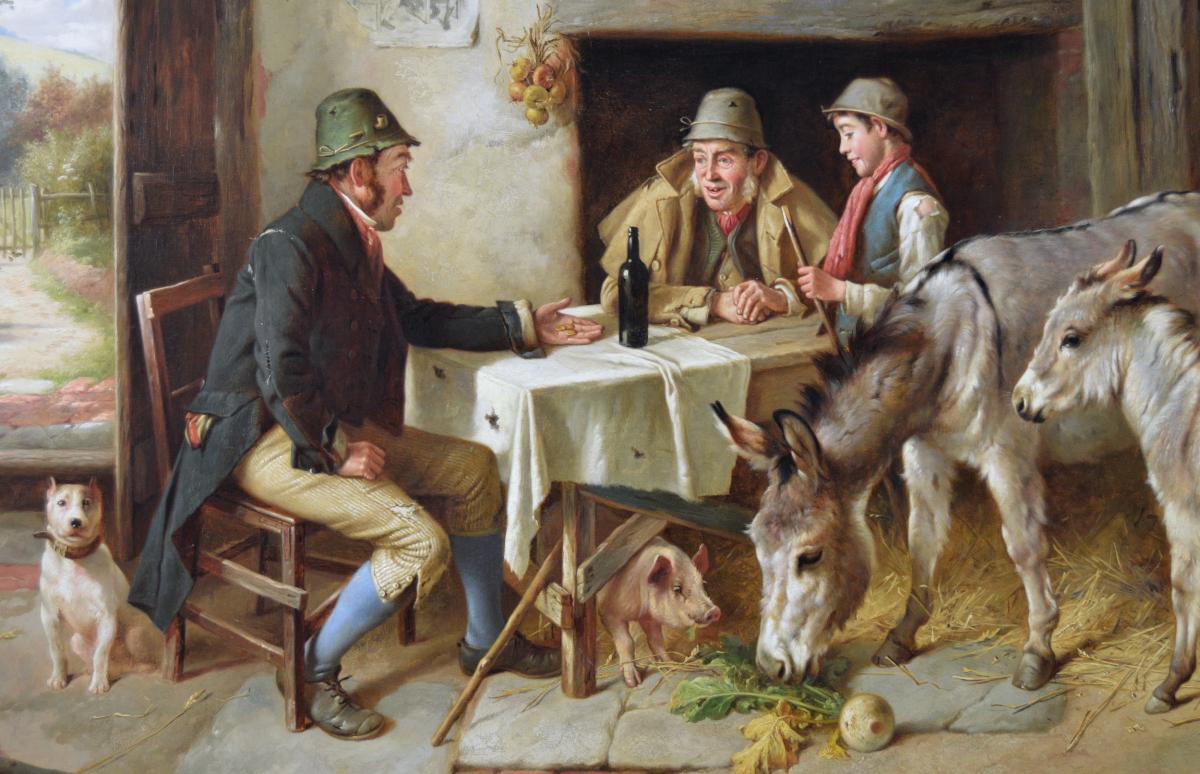 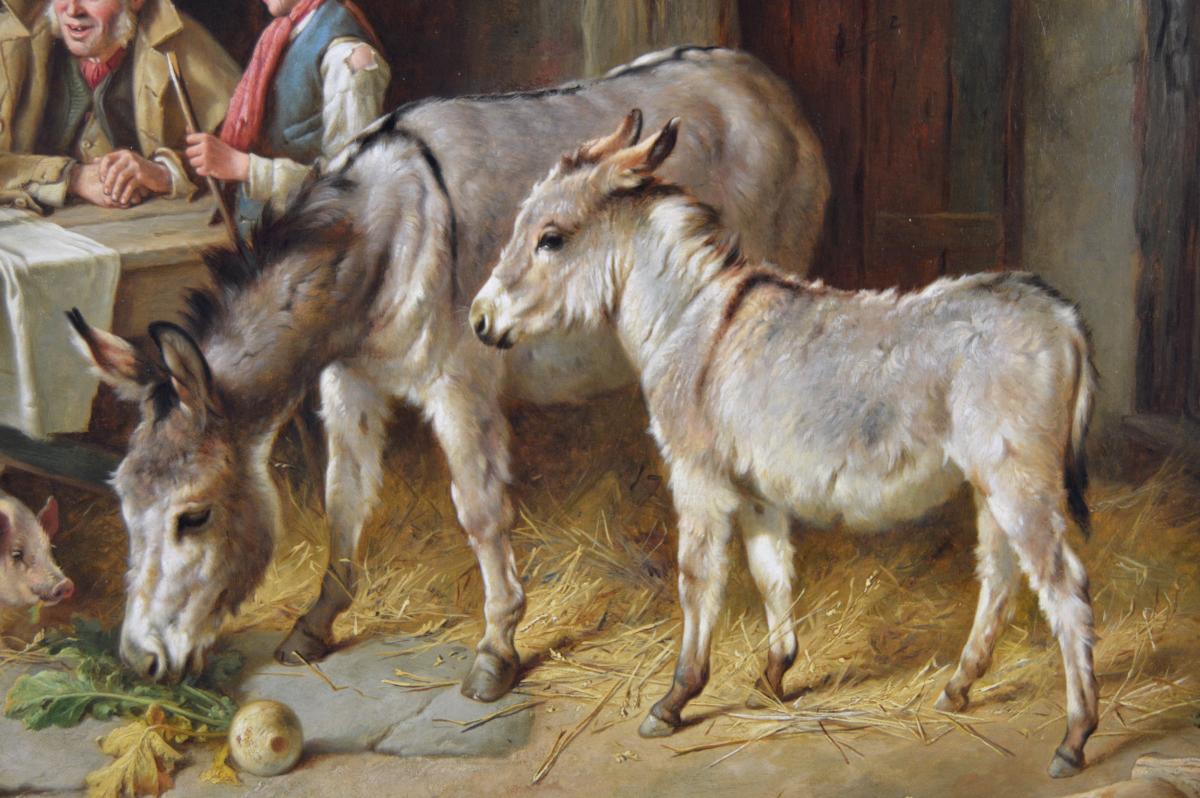 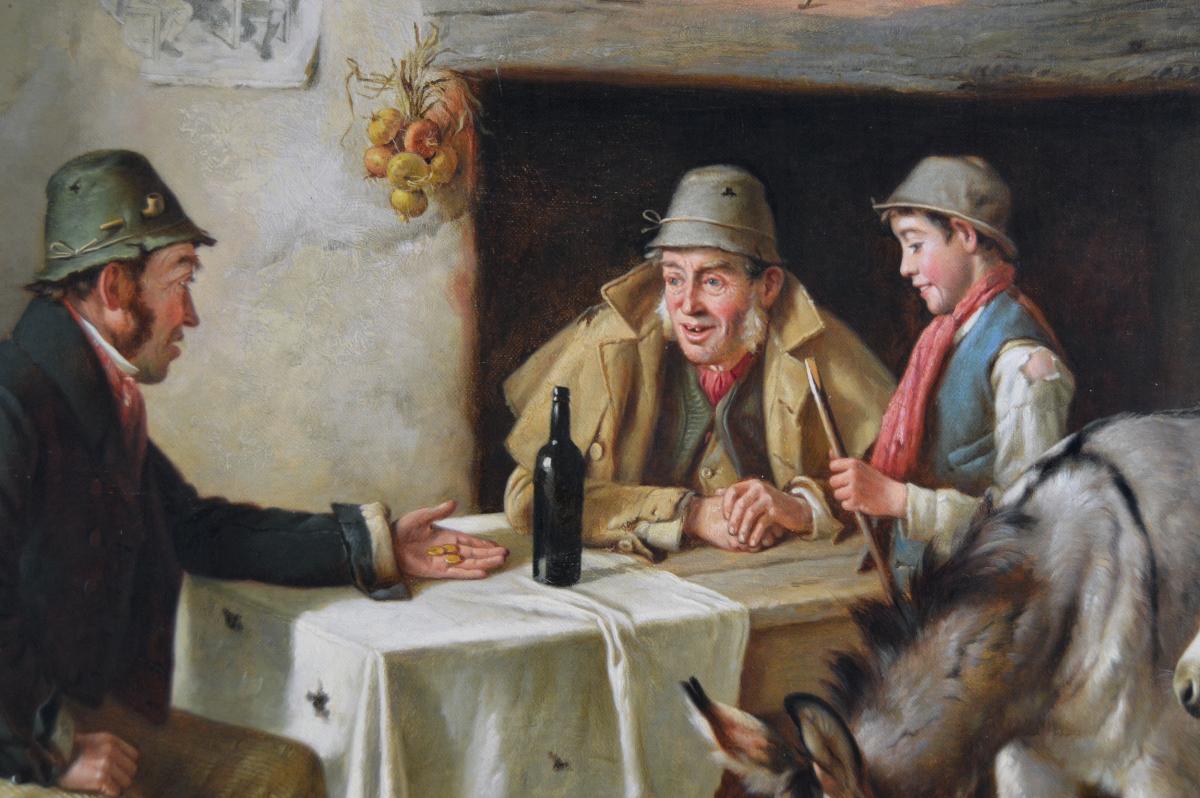 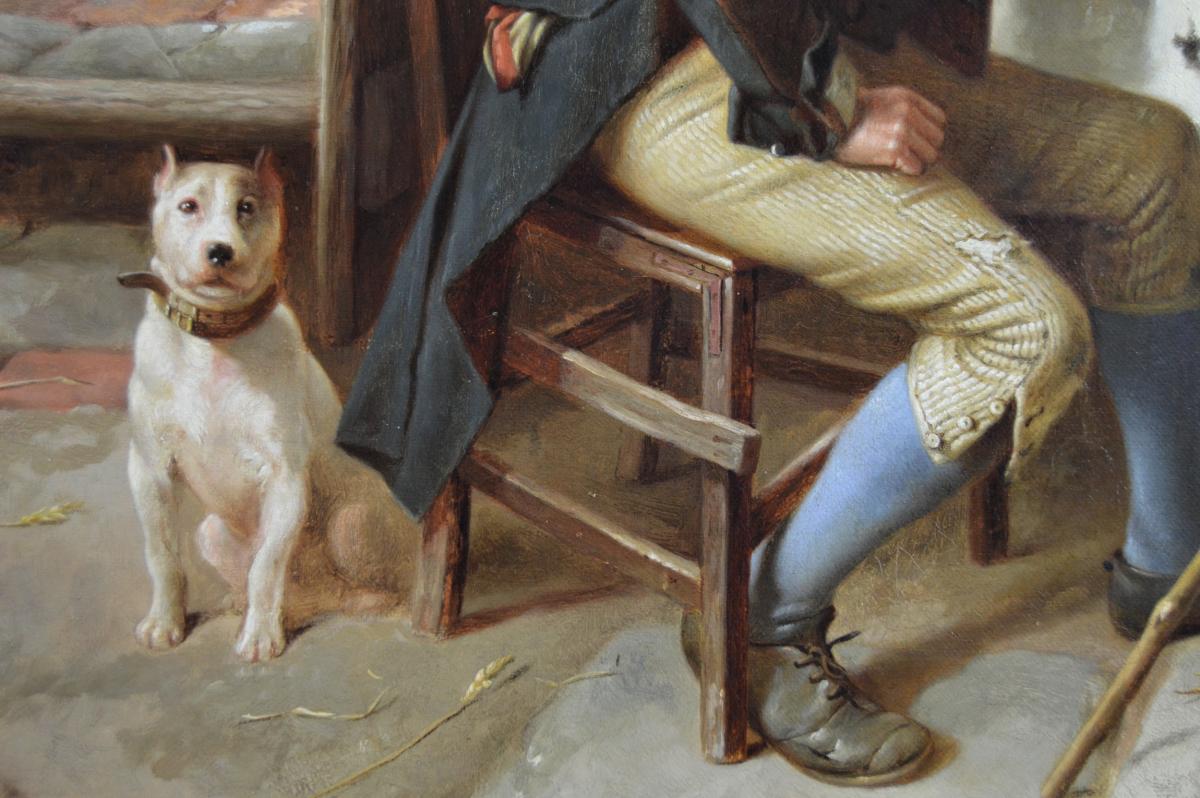 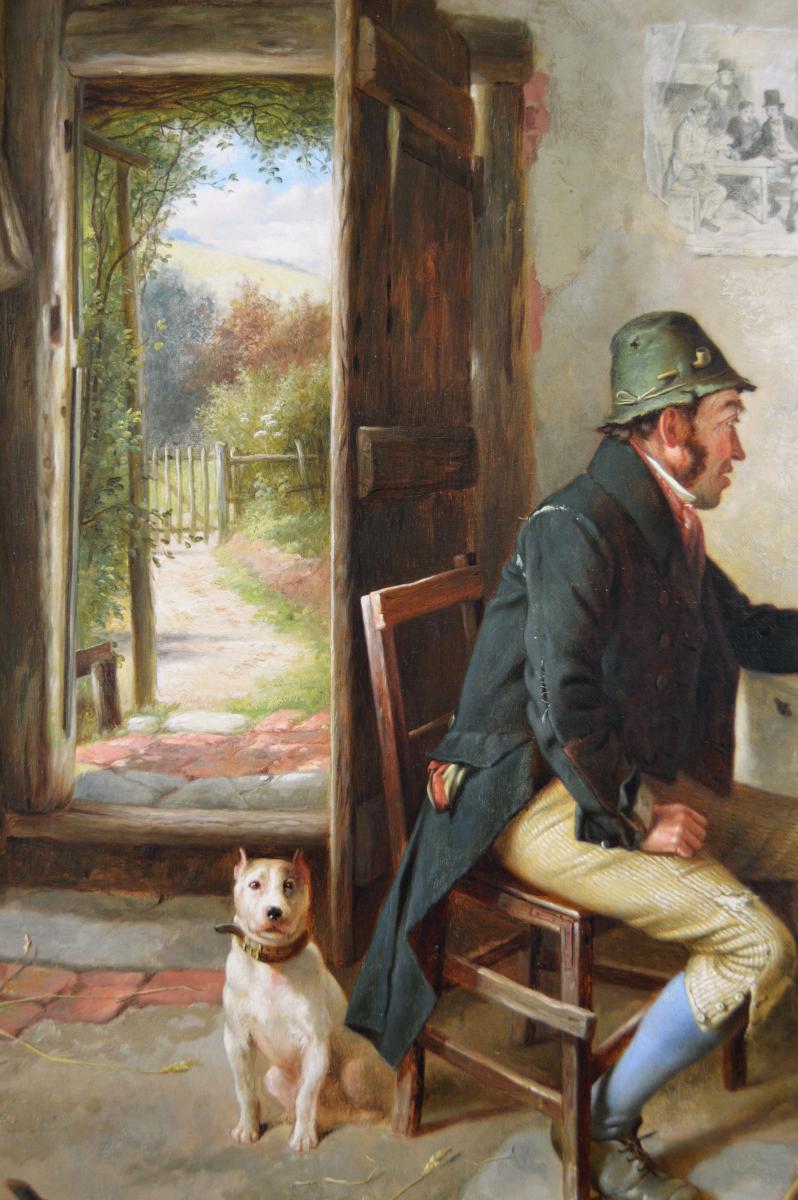 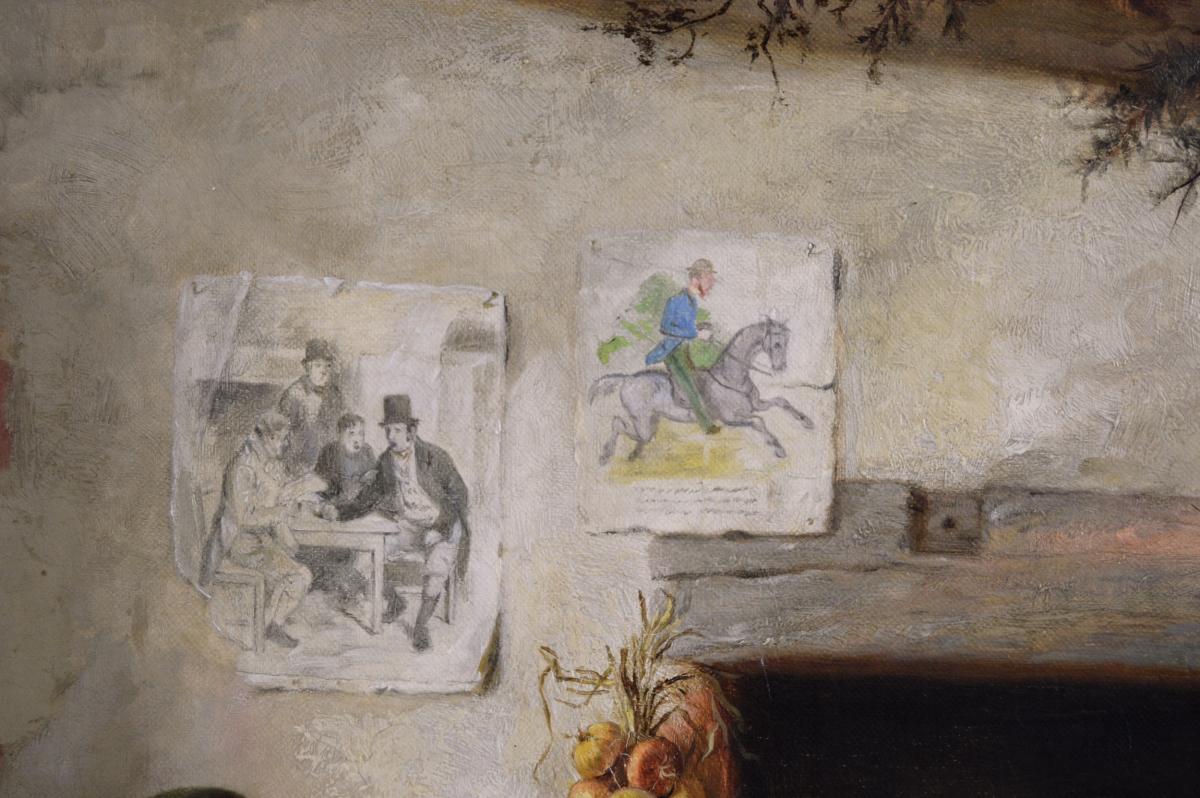 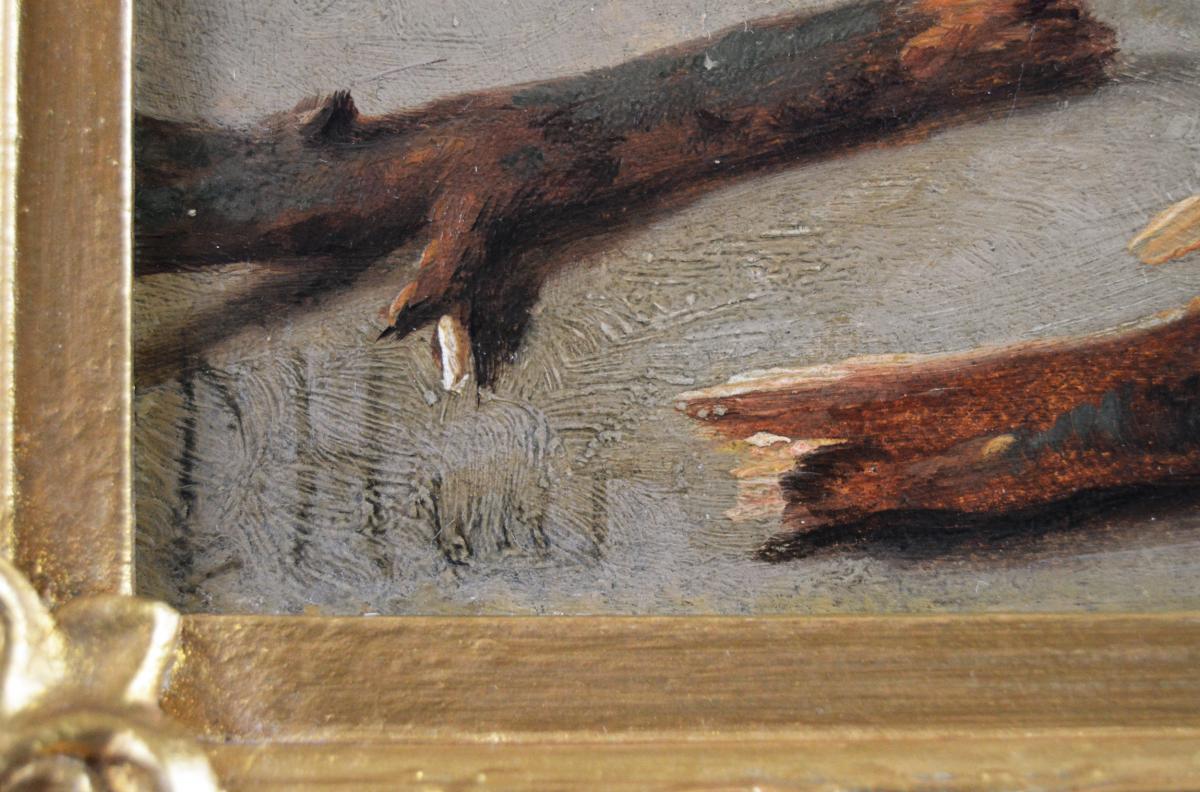 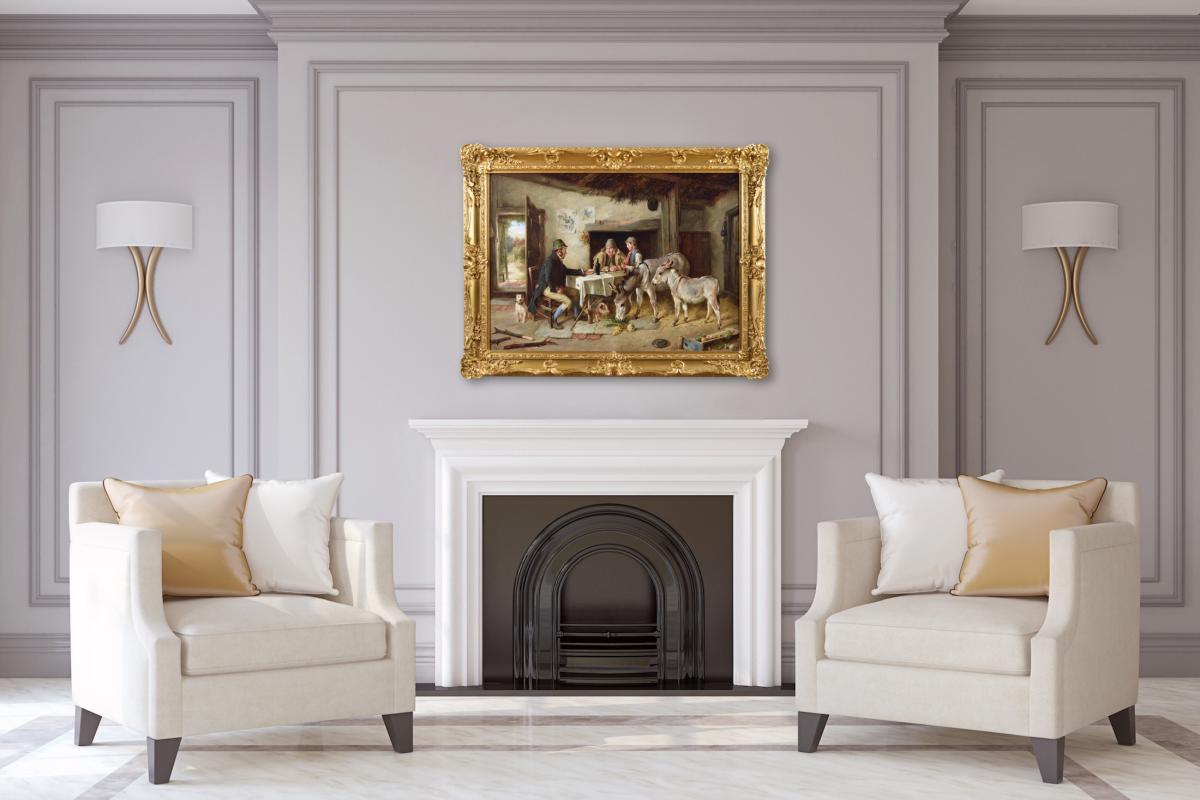 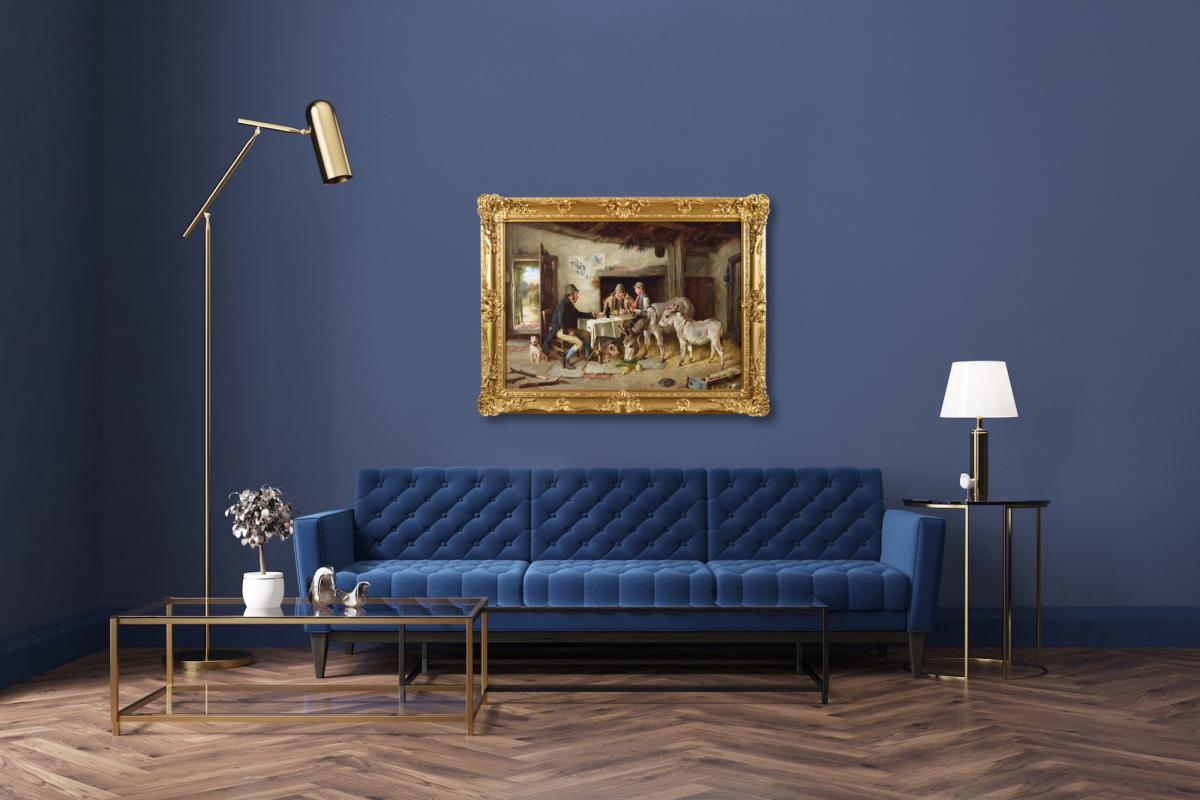 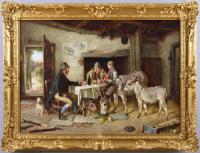 He lived in Fulham but later moved to 6 Granville Road, Wandsworth where he lived with his wife Anne and his family. He exhibited at the Royal Academy and also at the Royal Society of Artists, Birmingham. He painted highly detailed, humorous scenes often of families within cottage interiors, mainly in oils and show a strong influence from his father in terms of style and content.

His paintings often contain donkeys and other domestic animals such as dogs, illustrating his in-depth knowledge of their anatomy and draughtsmanship as well as his affection for them. He died in Wandsworth in 1900 aged 70.

Presentation: The painting is housed in a new English made gilt frame which is in excellent condition.
Condition: As with all of our original antique oil paintings, this work is offered in ready to hang gallery condition, having just been professionally cleaned, restored and revarnished.