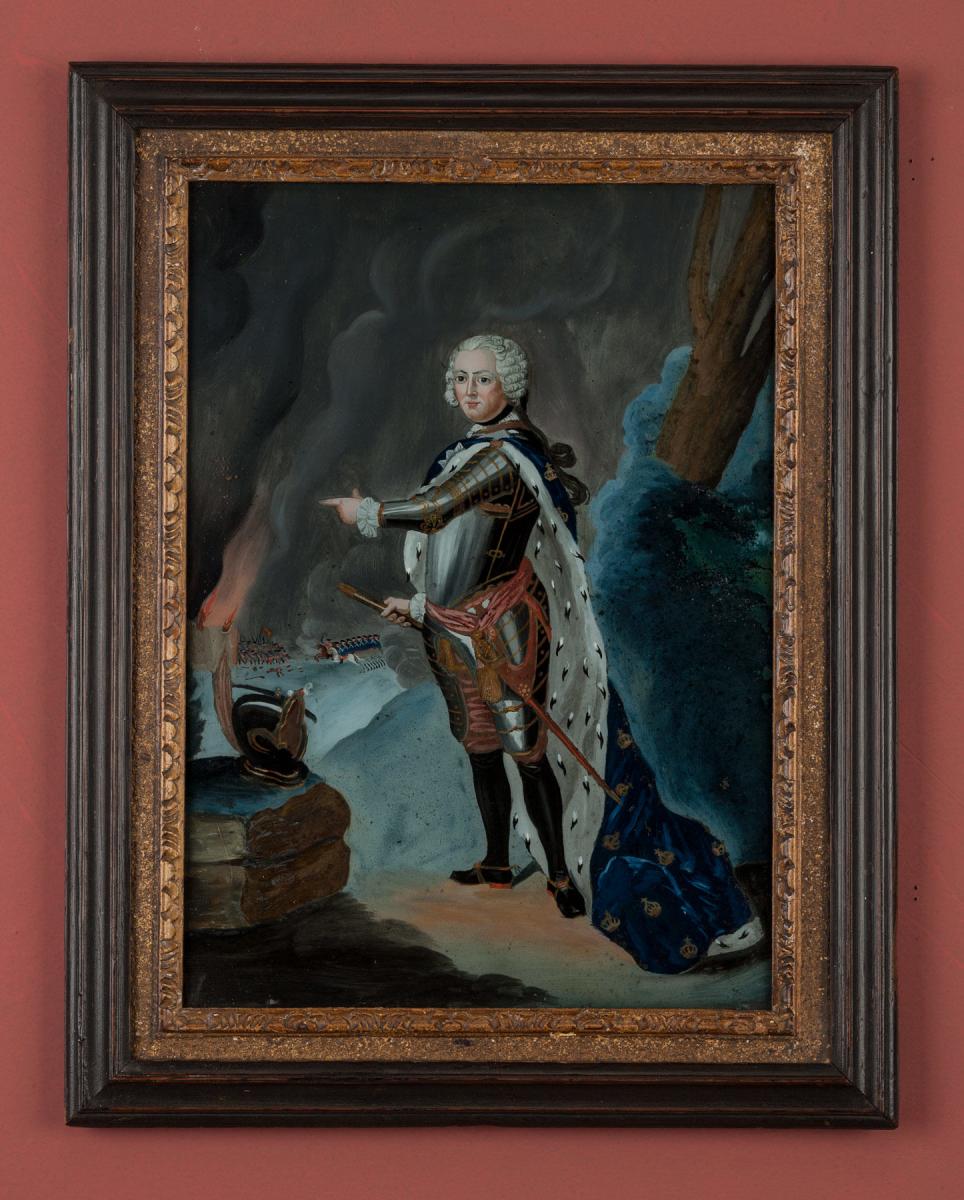 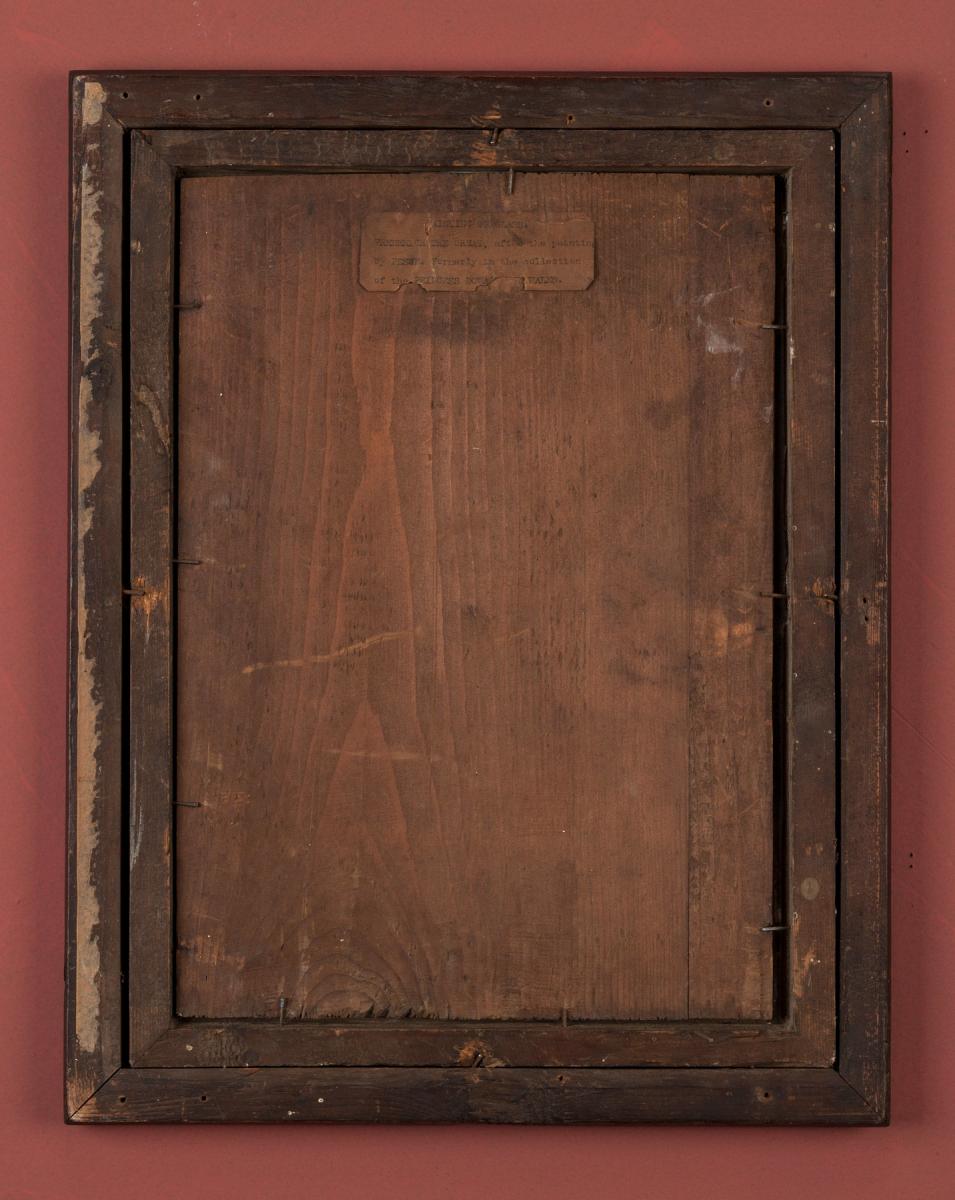 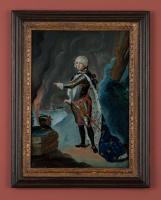 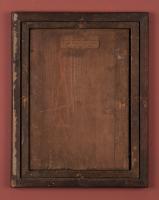 Within the original 18th century frame, an old label pasted to the reverse states this to be after the original work by Pesne ' Formerly in the collection of the Princess Dowager of Wales.' The painting by Pesne is in Buckingham Palace having been presented by Frederick the Great of Prussia to Frederick, Prince of Wales in 1748.

Frederick II (24 January 1712 – 17 August 1786) was King of Prussia from 1740 until 1786, the longest reign of any Hohenzollern king. His most significant accomplishments during his reign included his military victories, his reorganization of Prussian armies, his patronage of the arts and the Enlightenment in Prussia, and his final success against great odds in the Seven Years' War. Frederick was the last titled King in Prussia and declared himself King of Prussia after achieving full sovereignty for all historical Prussian lands. Prussia had greatly increased its territories and became a leading military power in Europe under his rule. He became known as Frederick the Great (Friedrich der Große) and was affectionately nicknamed Der Alte Fritz ("Old Fritz") by the Prussian and later by all German people.