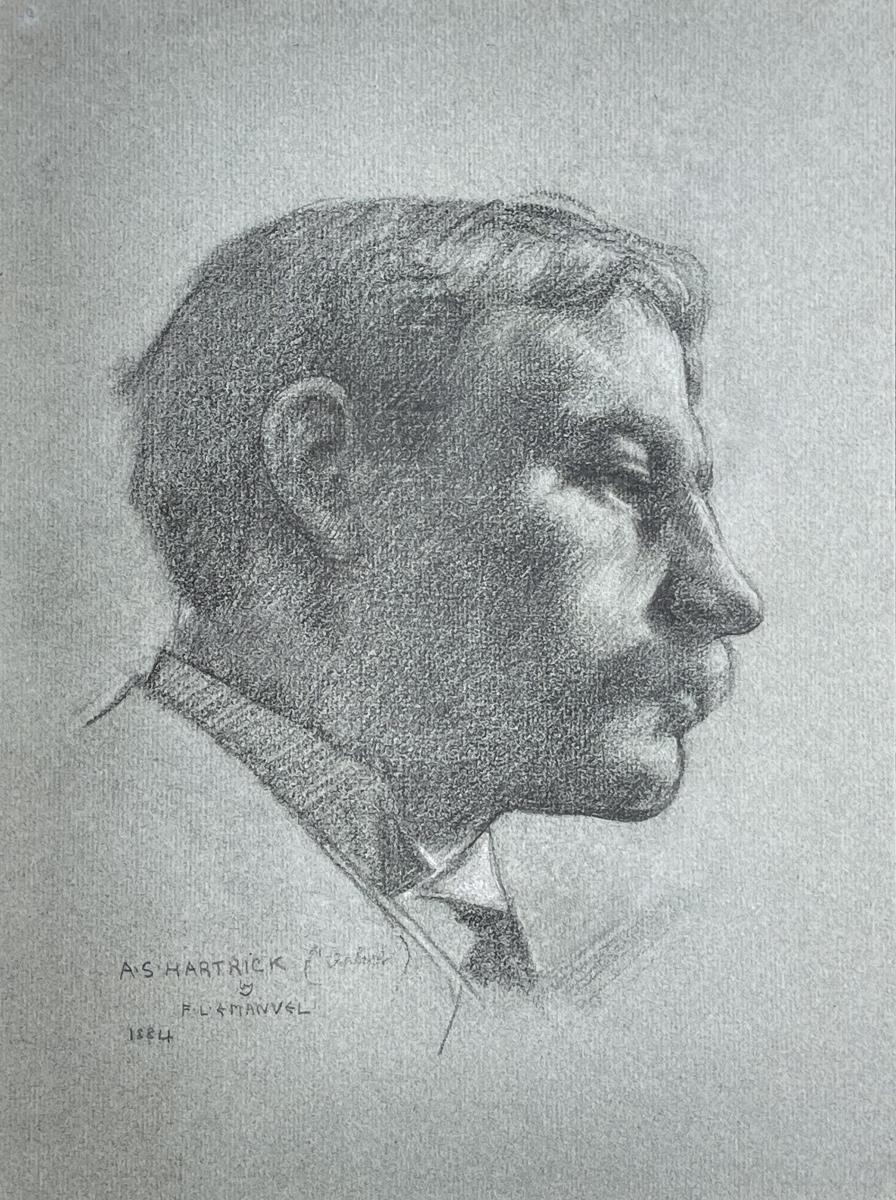 Emanuel was born and lived in London where he studied at the Slade under Alphonse Legros before further studies at the Academie Julian, Paris.  From the late 1880s he began to show at the Royal Academy and Paris Salon, also exhibiting at the New English Art Club and elsewhere.  He travelled widely in Europe, Africa and Ceylon.  He became chief examiner for the Royal Drawing Society and published a number of books on etching and general art criticism.  He is represented in the collection of the Tate Gallery, London.

The sitter is Archibald Standish Hartrick, RWS, OBE (1864-1950) who was a fellow Slade student with Emanuel.  They also both studied at the Julian in Paris and this portrait dates to this time.  During his stay in France he became friends with Gauguin, van Gough and Toulouse-Lautrec.  Returning to the UK he worked as an illustrator and taught drawing at Camberwell School of Art and worked as a watercolour artist exhibiting in London and elsewhere.  During World War I he contributed the British War Memorials Committee collection and during World War II he contributed to the Recording Britain Scheme. 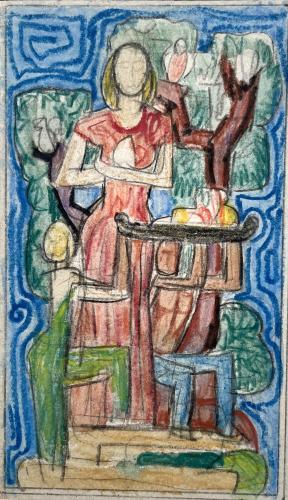