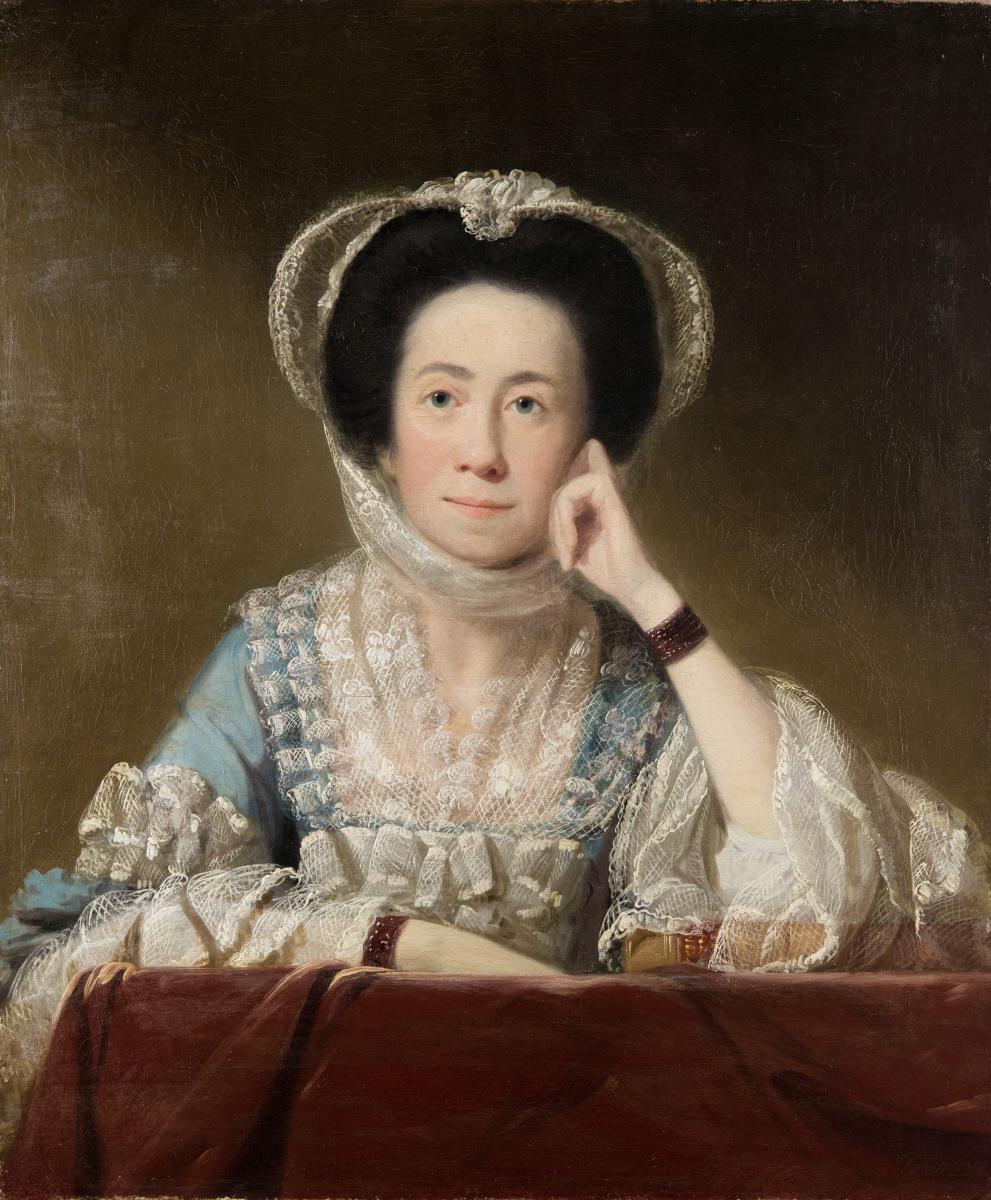 Ellis Waterhouse thought Kettle was, at his best, an excellent portrait painter of the second rank.  Born in London, the son of a coach painter, he studied at Shipley’s, St. Martin’s Lane and the Duke of Richmond’s academies.  His earliest portraits show a skilful imitation of Reynolds.  From about 1762 to 1764 he worked between Oxford and the Midlands painting portraits with introductions from his friend and patron Sir Richard Kaye, dean of Lincoln.  He had a good practice in London from 1764-69 when he went to India, the first professional British portrait painter to do so.  In India from 1769-76 he made a considerable fortune painting Nabobs and native princes.  After his return to London his practice declined between 1776 and 1783.  He briefly visited Dublin and Brussels and died near Aleppo while returning to India to recoup his fortune.

The present portrait is very close in style to Sir Joshua Reynolds, particularly in the unusual low angle from which the sitter is observed and the table top in the foreground.  This suggests a date between 1762 and 1764.  Most Reynolds portraits where this composition was used were painted between 1758 and 1765.

In 1762 Kettel was in the Midlands and painted numerous portraits of the family of William Legge, 2nd earl of Dartmouth.  Dartmouth had inherited Sandwell Priory, near West Bromwich, which he extended.  It was his favourite residence and he spent every summer there.  In January 1755, recently returned from the grand tour in the course of which he had developed a taste for collecting art, he had married Frances Catherine Nicoll.  She was born in 1732/33, so she would have been no more than 23 when she married and no more than 30 in 1762.  They had eight sons and a daughter.  It was probably after this marriage that a park was laid out at Sandwell and by 1769 Frances had a menagerie there.

The sitter in the present portrait has been identified as Frances Legge on the basis of her portrait painted by Reynolds in 1756.  This identification is confirmed by two Gainsborough portraits.  The first is a full-length, in profile facing left, probably from shortly after her marriage.  The second is a half-length painted in 1771 where her face is half turned to the viewer.  Even in the painting of her as an older woman the resemblance is striking.

In the portrait by Kettle the volume on the table in front of her indicates a lady with learned interests.  Frances was said to be well educated and shared her husband’s powerful religious beliefs.  They were evangelicals and Dartmouth became linked to the Wesleys, George Whitefield, William Romaine, and the countess of Huntingdon.  In spite of holding high offices of State, his evangelical activities often took priority over his political responsibilities.