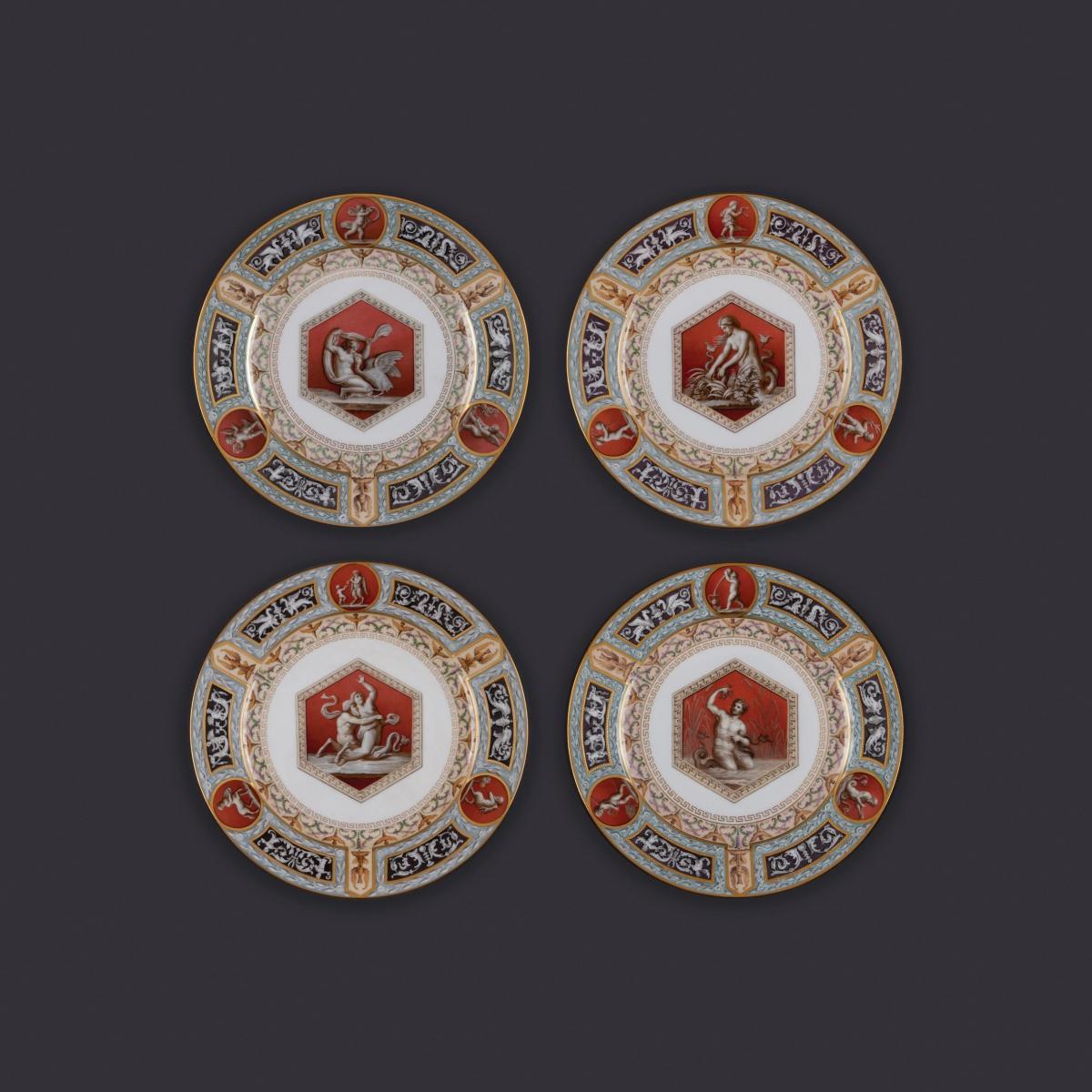 The Service is densely painted in bright colours with ornamental designs and allegorical composition which were derived from frescoes by Raphael in the loggias of the Vatican. The four present plates variously dated: 1889 Alexander III, 1892 Alexander III and two dated 1901 Nicholas II.

A special calligraphic mark with lavish ornament was designed for the service which in itself stands out for its splendour and sophistication.

The execution is an impressive combination of fine workmanship, neatly drawn ornament and mastery of miniature painting.

The Raphael Service was the most significant ceremonial service of the late 19th early 20th century commissioned by Alexander III in 1883 for the Tsarskoselsky Palace. The project was supervised by Leonard Schaufelberger, the Chief Painter with the direct involvement of Alexander III.

Its decoration was executed after the designs of frescoes by Raphael in the loggias of the Vatican. During the production of the service, which took twenty years, parts were annually presented to the Tsar as Christmas gifts.

By 1903 the service comprising fifty place settings was finally completed and deposited in the storeroom of the Winter Palace. In 1904 the service was transferred to the Anichkov Palace, where it was at the disposal of Empress Marie Fedorovna.

Alexander III took a particular interest in the Imperial Porcelain Factory. Convinced that “the propagation of art is a matter of state importance” the Emperor gave instruction that the factory be placed “in the very best conditions, in respect of both technology and art, so that it might worthily bear the title Imperial and serve as an example for all the private manufacturers in this branch of industry.”

The present examples depict Melusine Among River Plants; A Satyr Surprising a Nymph; A River God and Leda and the Swan.