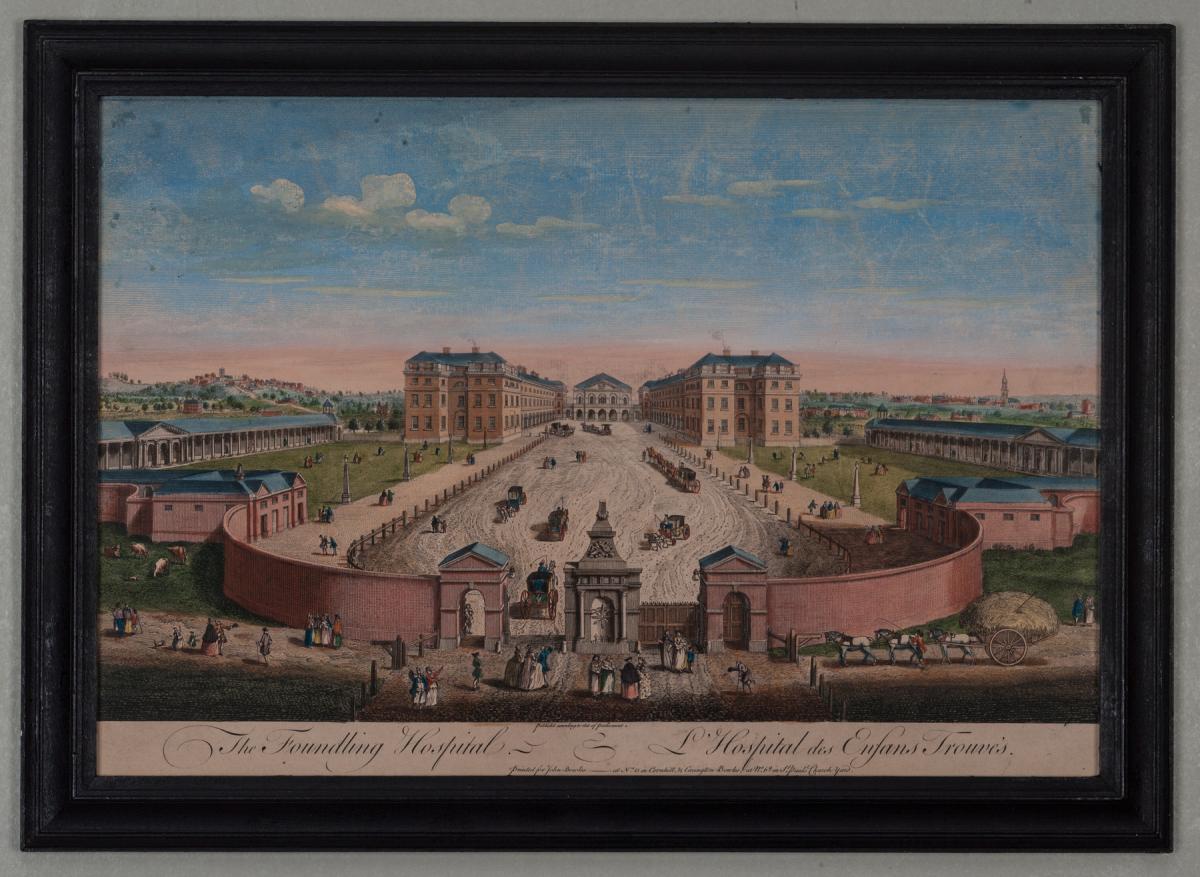 A perspective view of The Foundling Hospital printed for John Bowles and Carrington Bowles around 1753, after the work by L.P. Boitard.

With fine, original colouring. Within a handmade correct copy of an eighteenth century print frame. o.s:18 7/8 in x 13 5/8 in.

The Foundling Hospital was begun in 1741, the initiative of Thomas Coram. Appalled by the sight of children and babies dying on the streets of London, he set about establishing his ‘hospital’, named as such to indicate hospitality towards the children rather than a place for the sick. Initially, admission to the hospital was decided by a lottery; picking a black ball from a sack lead to immediate refusal whilst a red ball allowed mother and child to progress for consideration. By 1756, with some financial support from parliament, a more equal system was begun, known as General Reception. In short, a mother and child would enter the purpose built lodge and pass their child through a hatch in a wall where a nurse would examine the child to establish it was under the agreed age for admission. A billet was issued recording the date of admission and sex of the child. The tradition of leaving a token with the child continued and a fragment of material, object or note could be folded into the billet and filed away as a secret. By this means a mother could in the future claim her child, describing the token as proof of identity.

A founding governor of the hospital was William Hogarth; he and his wife fostering foundling children. Hogarth set up a permanent art exhibition and encouraged other artists to contribute. In this way the first ever public art gallery was begun, the rich and famous flocking to this popular attraction to the view the art and make donations to the cause. 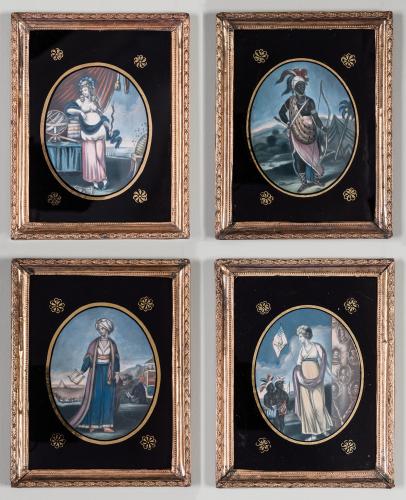 The Four Continents of the Globe
Walpoles 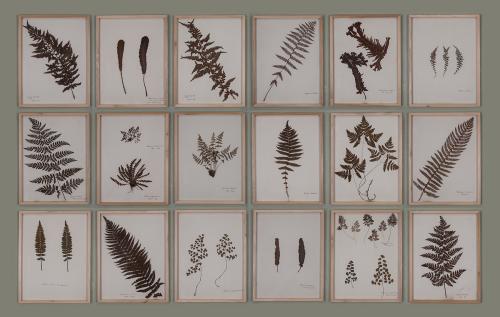 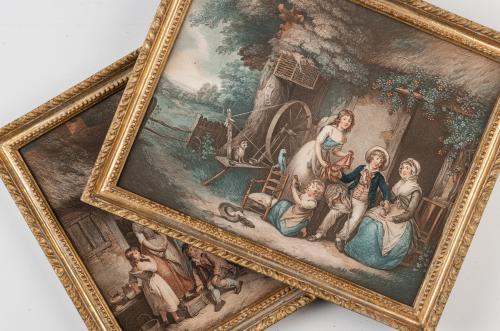