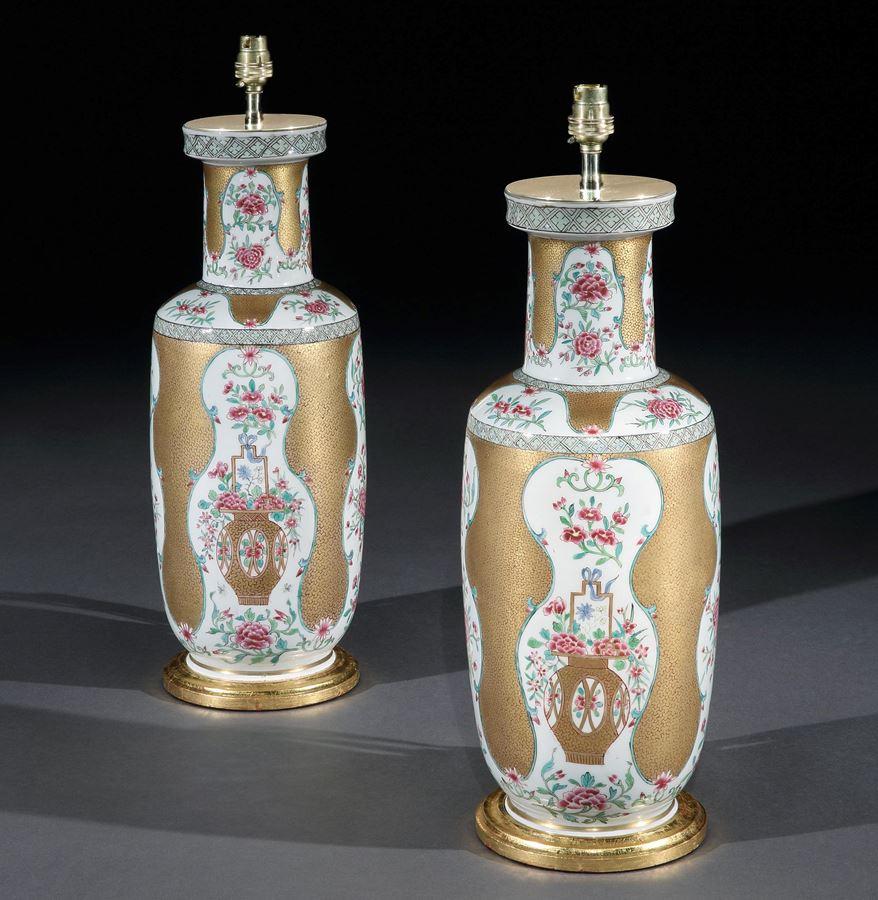 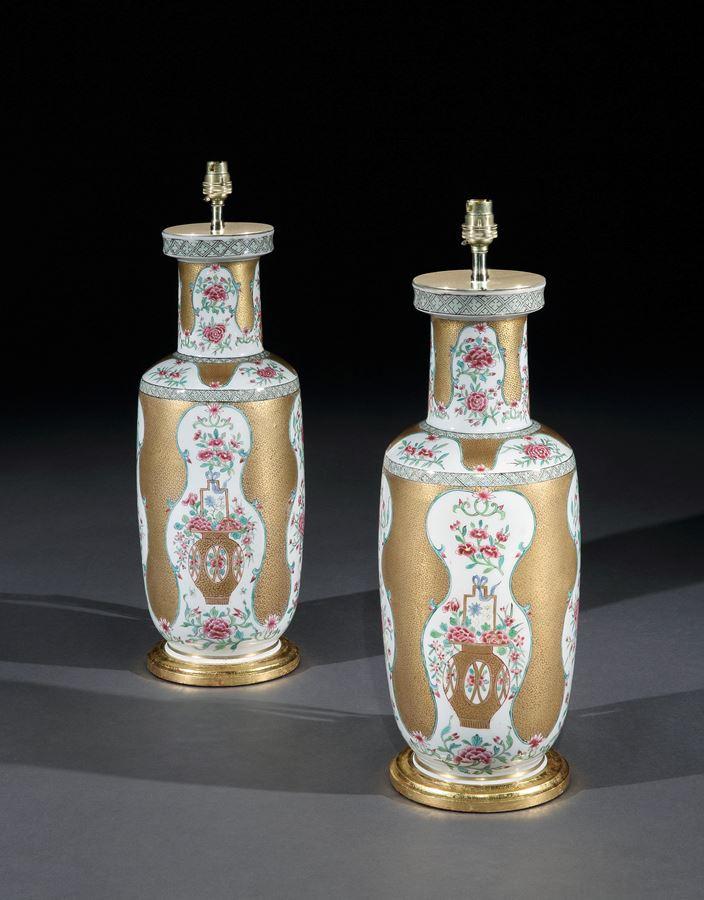 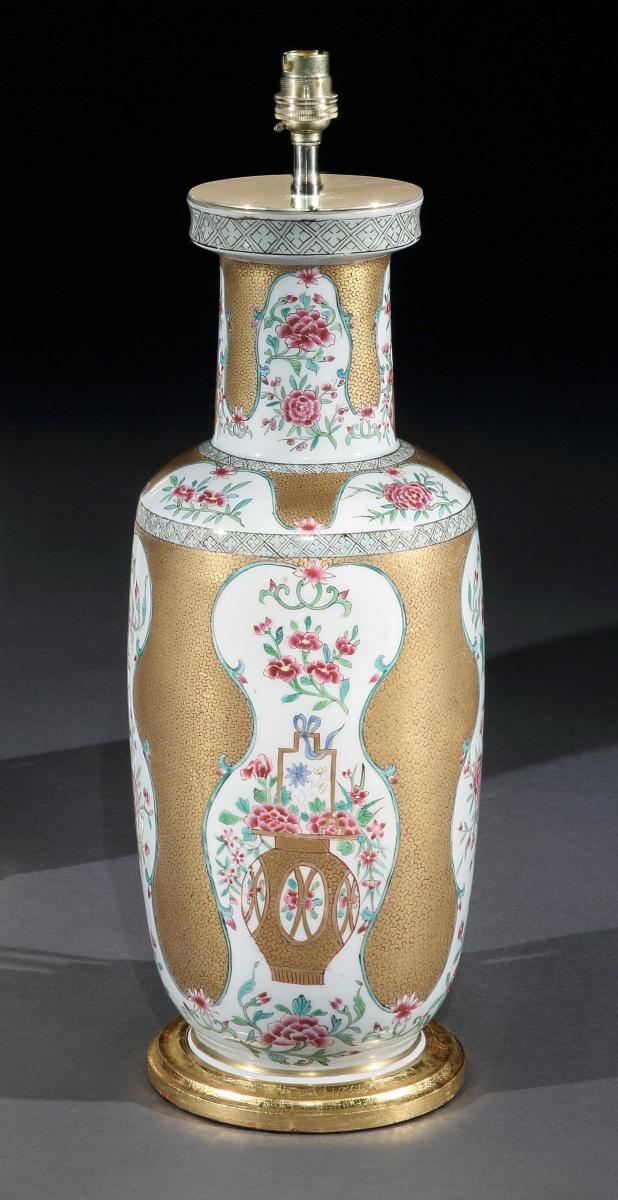 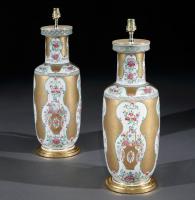 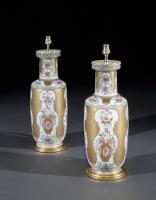 Height of vase: 18½ in (47 cm) including base, excluding electrical fitments and lampshades

These lamps can be wired for use worldwide.
A selection of card, linen and silk lampshades are available on request.

The vases were in the collection of Alfred Morrison, Fonthill.
Each vase labelled 'Fonthill Heirlooms no. 270'

The Fonthill Heirlooms remains one of the most important collections of Imperial Qing porcelain and works of art formed by a European in the 19th century.

It was originally collected by Alfred Morrison, the London-based member of Parliament, who was an active purchaser during the last decades of the 19th century, when Chinese and Japanese art were both culturally at the forefront of aesthetic tastes.

Morrison acquired large quanities of porcelain from Lord Loch of Drylaw who had been aide-de-camp of Lord Elgin, British Minister Plenipotentiary in charge of the Western military campaign in China which culminated in the sacking of the Summer Palace in 1860.

It is thought that Morrison bought, still packed in their original campaign chests, the mementoes which Lord Loch has brought back from Beijing.