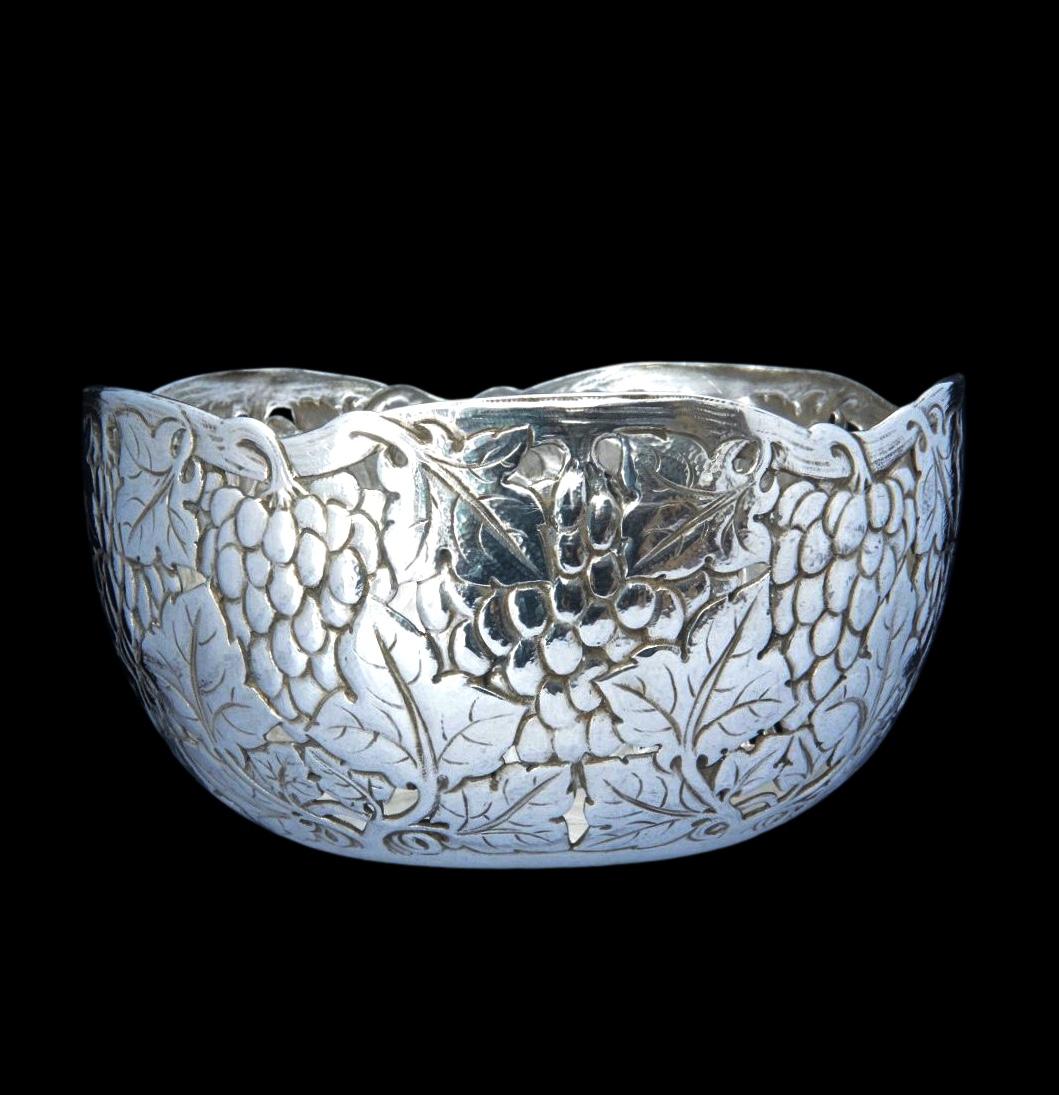 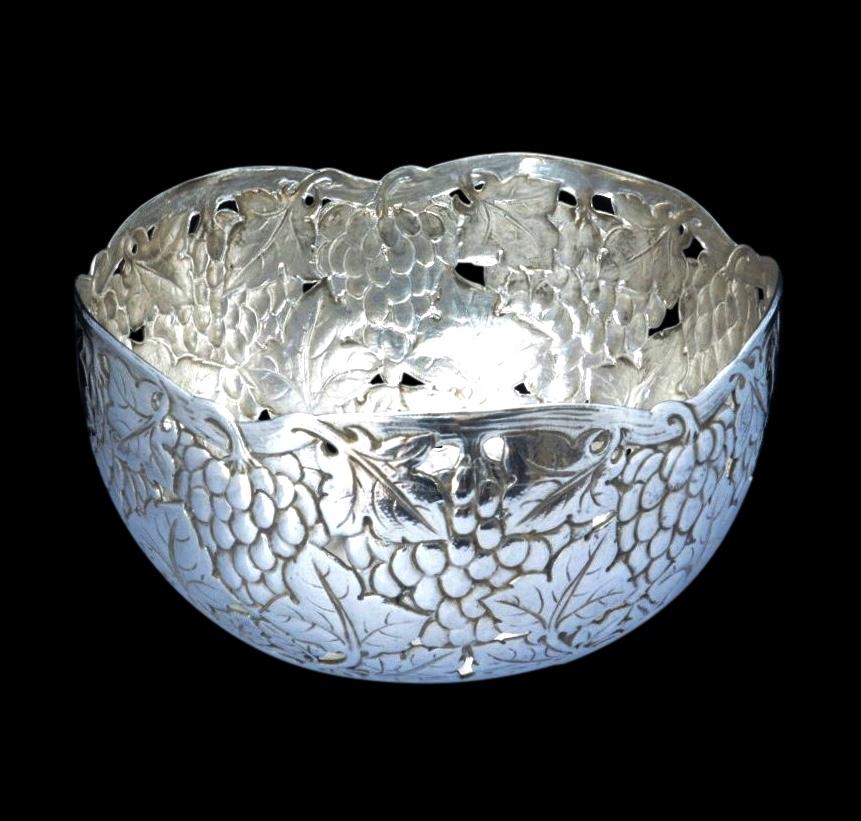 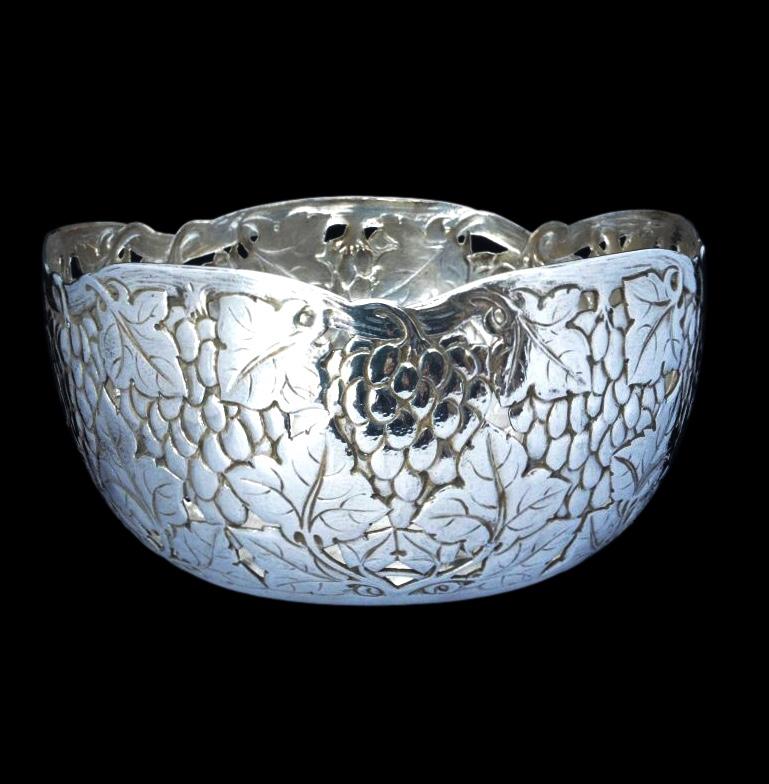 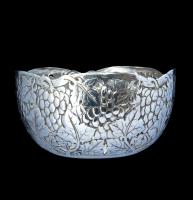 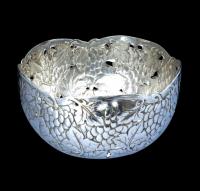 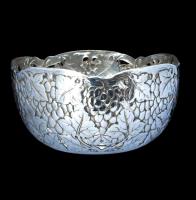 For sale is this rare and unusual silver bowl by Florence Stern (not to be confused with Florence Steele).  Holloware by Stern is particularly rare, she tended to make jewellery and smaller objects like spoons.  Whilst Stern is not well known she was a well regarded and widely exhibited Birmingham School metalworker. The style of this bowl is also unusual. It is almost Japanese in style with flowing organic viine repousse.  The overall effect is quite striking.

Born in Birmingham Stern was the daughter of German parents. Her father was Moritz Stern (born c.1837 in Germany), a general merchant. Florence studied at Birmingham Municipal School of Art in Birmingham in the 1890s. She subsequently worked as a silversmith in Birmingham until c.1923.

She registered her mark in 1901 and shortly after her work (two spoons) was acquired for thr Birmingham assay office collection. Stern participated in the annual exhibitions of the Society of Women Artists in London in 1906 and 1909 (showed with Gertrude Connolly), and 1911. Stern also exhibited in the Autumn exhibitions of the Royal Birmingham Society of Artists in Birmingham in 1898, 1903, 1905, 1907 1908 and 1909, and the Walker Art Gallery in Liverpool in 1902.

Her occupation in the 1901 Census Return was  “Art Craftsman Sculp.’ worker” and in 1911, “Artist Crafts Woman’ business – Metal Work, own account”.

Condition is excellent.  Conceivably the bowl once had a liner. 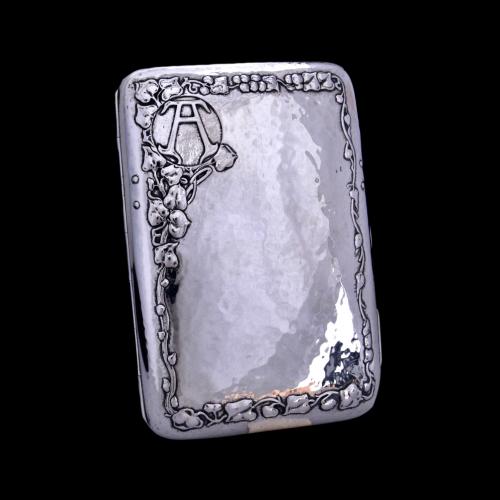 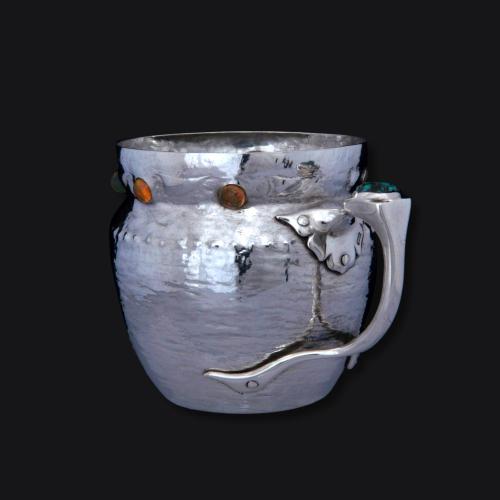 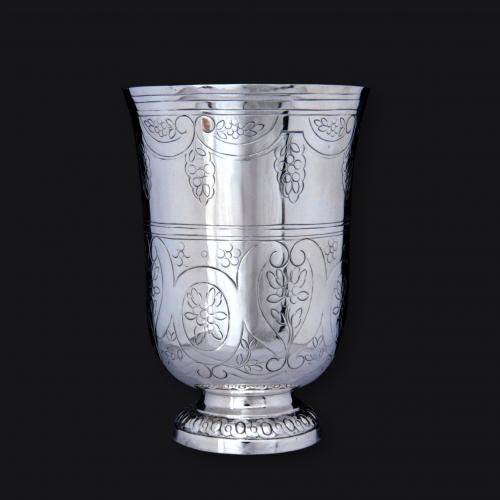