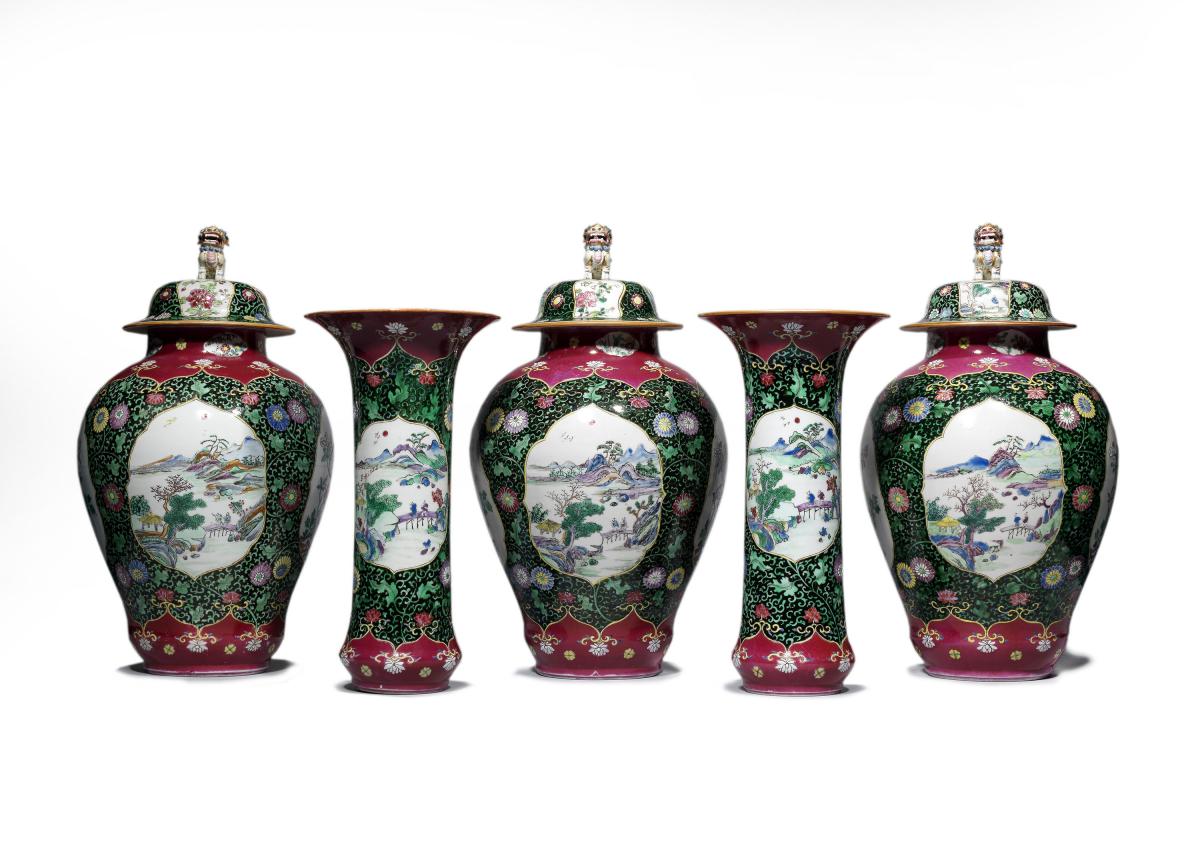 Garnitures became fashionable items in Europe in the last quarter of the 17th century, and were increasingly popular throughout the 18th century as an interior decorative feature. Developed from the five-piece altar set used in China, they were most frequently made in an assembly of three or five vases of two complementary shapes, of varying sizes, such as two beakers and three covered vases.

The Dutch East India Company (VOC) usually imported sets of five pieces, but sets of seven or more were also bought to private order. In Europe, garnitures were used to decorate mantelpieces, cabinets or cupboards. This arrangement was made particularly fashionable by interior designers such as Daniel Marot (1661-1752), who made several designs for ‘porcelain rooms’.

An engraving of a design for a mantelpiece, made in around 1700, shows it crowded with various small Chinese vases. The full name, garniture-de-cheminée, clearly reveals the original use for these pieces. Garnitures were also made at Delft and elsewhere in the Netherlands.