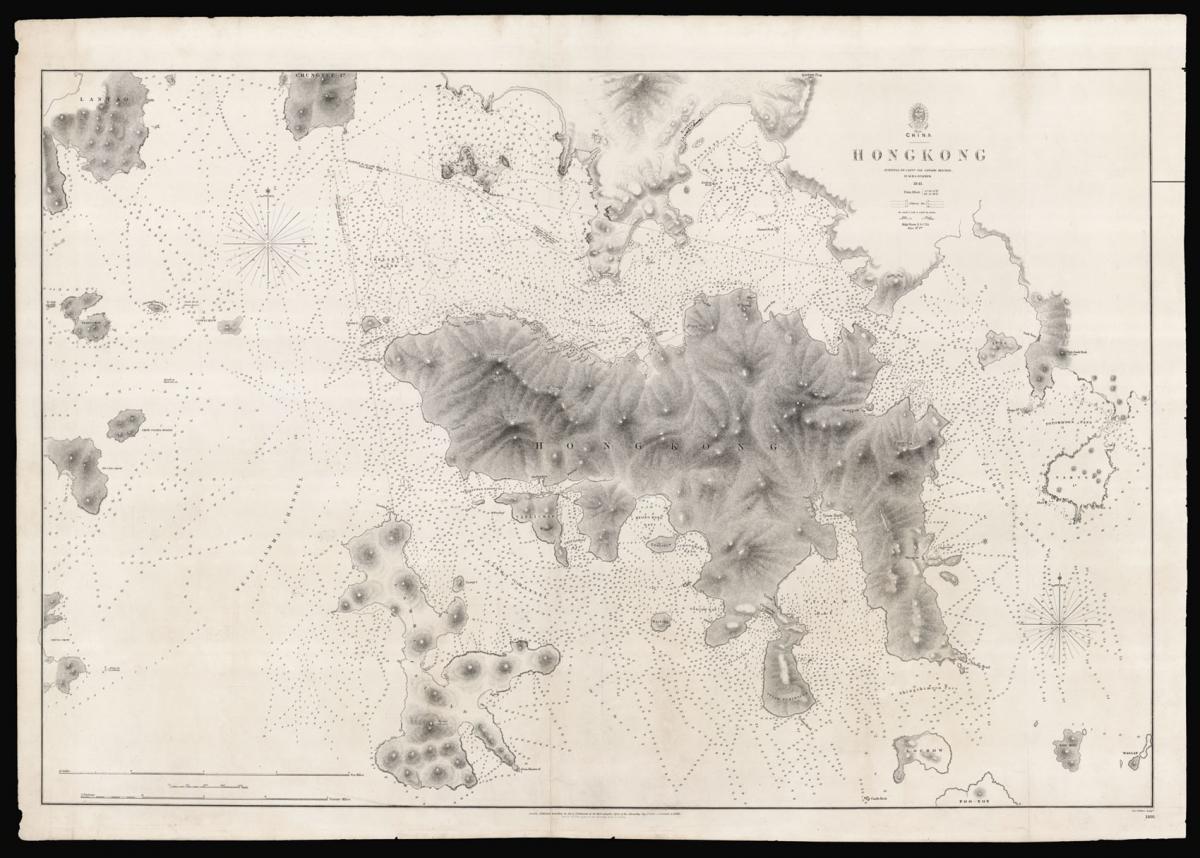 Publisher Hydrographic Office of the Admiralty

The British Hydrographic Office was founded in 1795 by George III, who appointed Alexander Dalrymple as the first Hydrographer to the Admiralty. The first charts were produced in 1800. Unlike the U. S. Coast Survey, the Hydrographic Office was given permission to sell charts to the public and they produced a great number of sea charts covering every corner of the globe.

Most of the Admiralty charts produced by the Hydrographic Office delineated coastline as well as high and low water marks and record depth of water as established by soundings. In addition, these charts included information on shoals, reefs, and other navigational hazards that plagued mariners across the world.

Thanks to the innovations of Sir Francis Beaufort, who developed the Beaufort Scale of wind strength, the British Hydrographic Office became one of the leading producers of sea charts.

Sir Edward Belcher (1799-1877) was a surveyor for the Hydrographic office, and published his Narrative of a Voyage round the World performed in HMS Sulphur during the years 1836-1842 after his involvement in the First China War and the capture of Hong Kong. He rose steadily through the officer class and became admiral in 1872.