A Fine Pair of Vienna Porcelain Vases with Classical Scenes 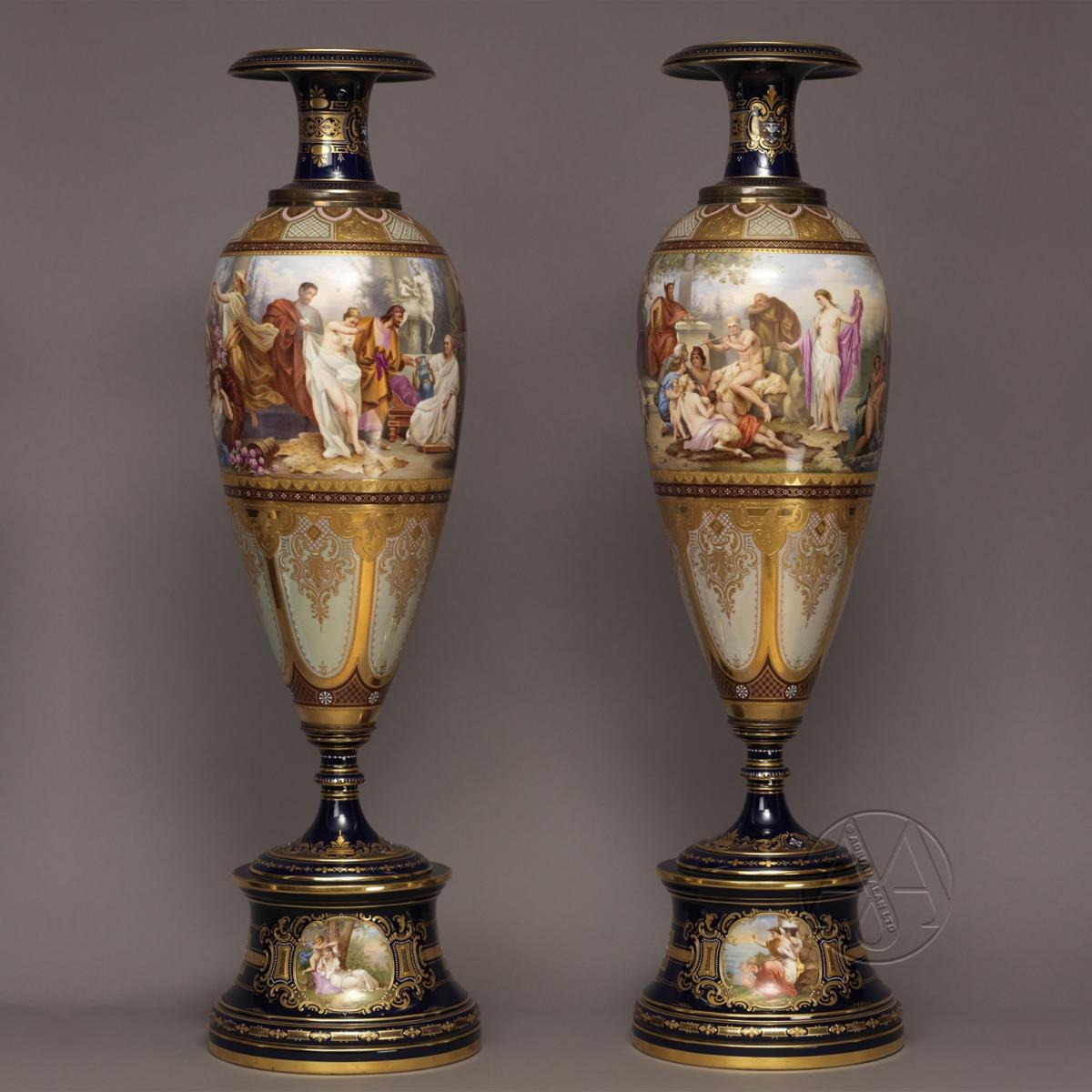 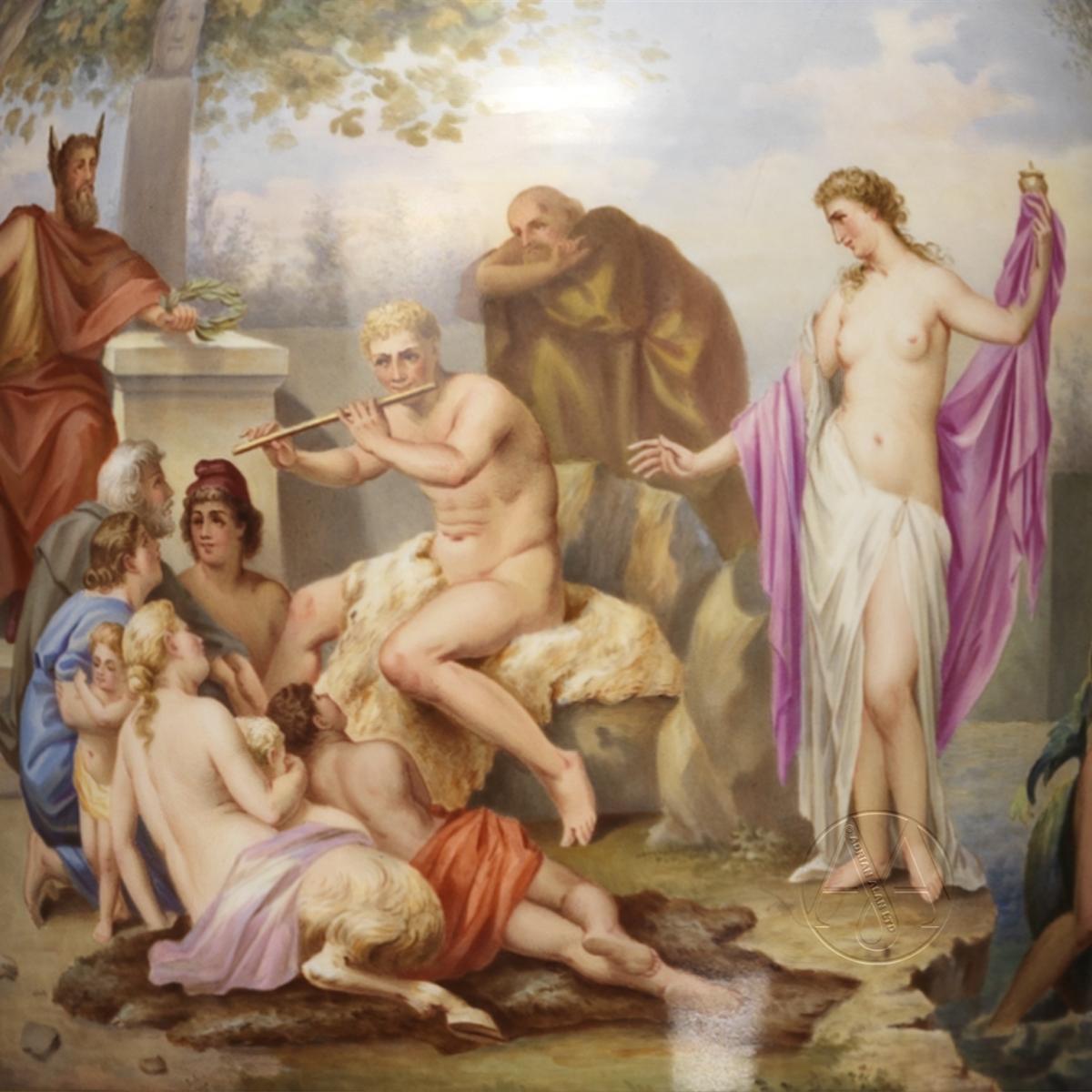 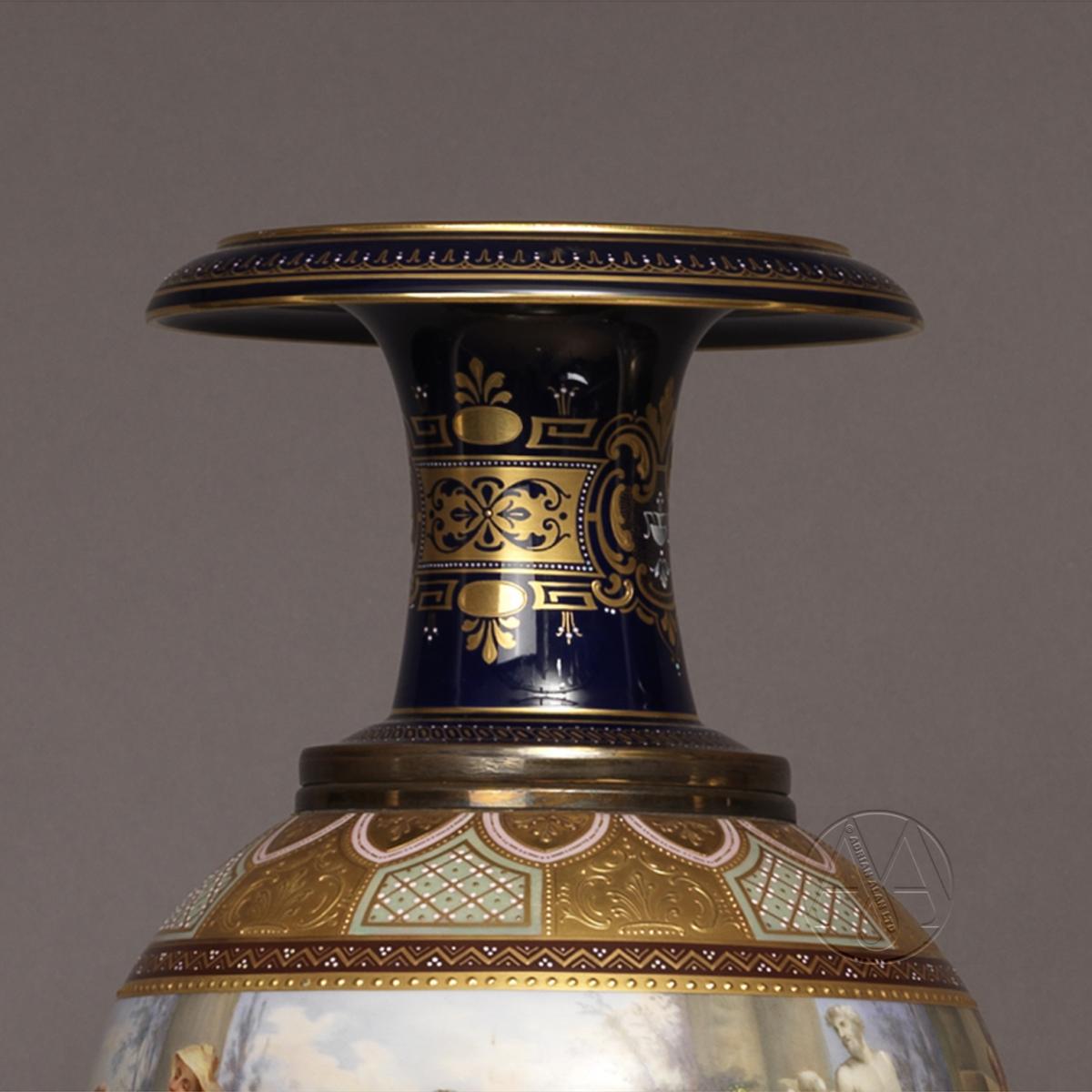 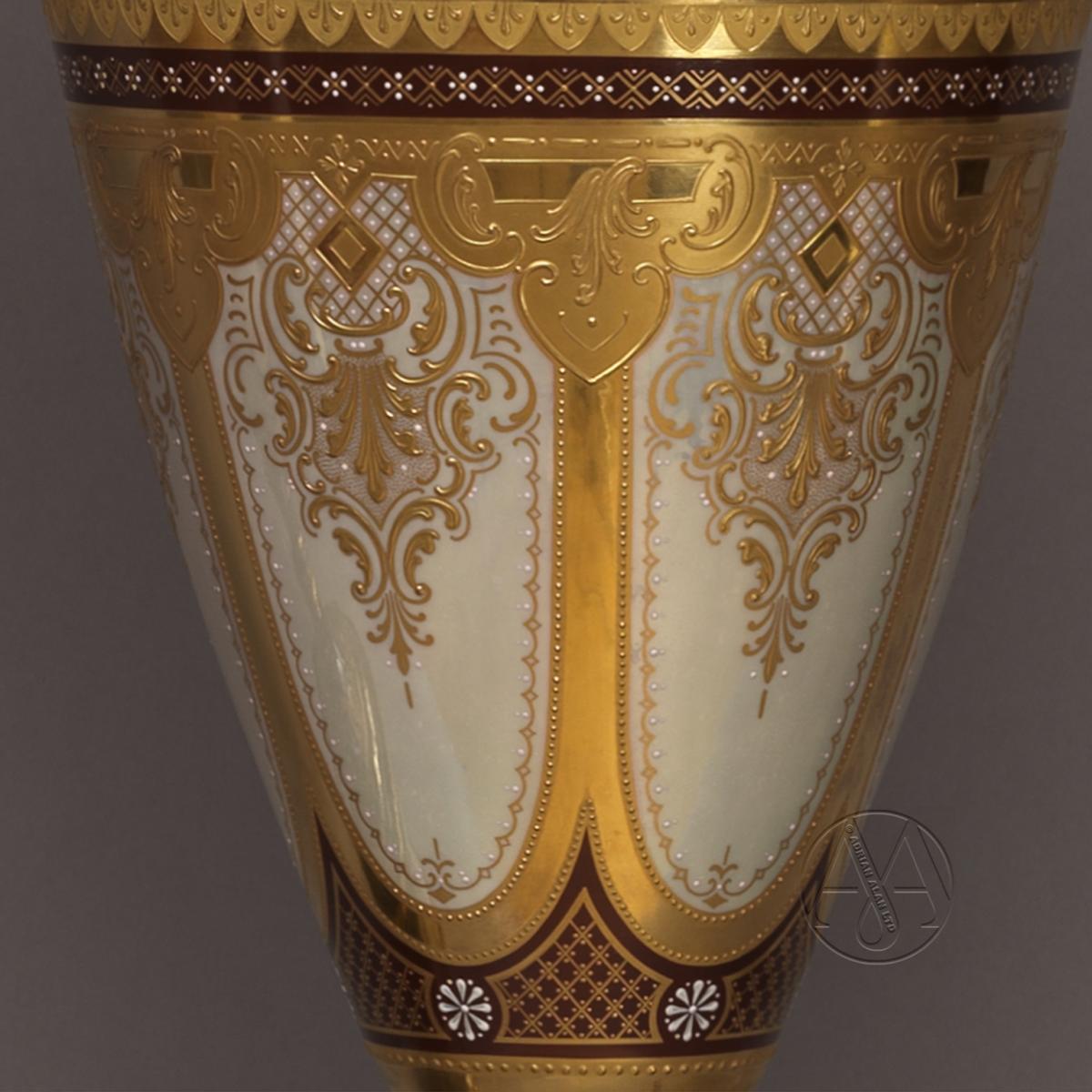 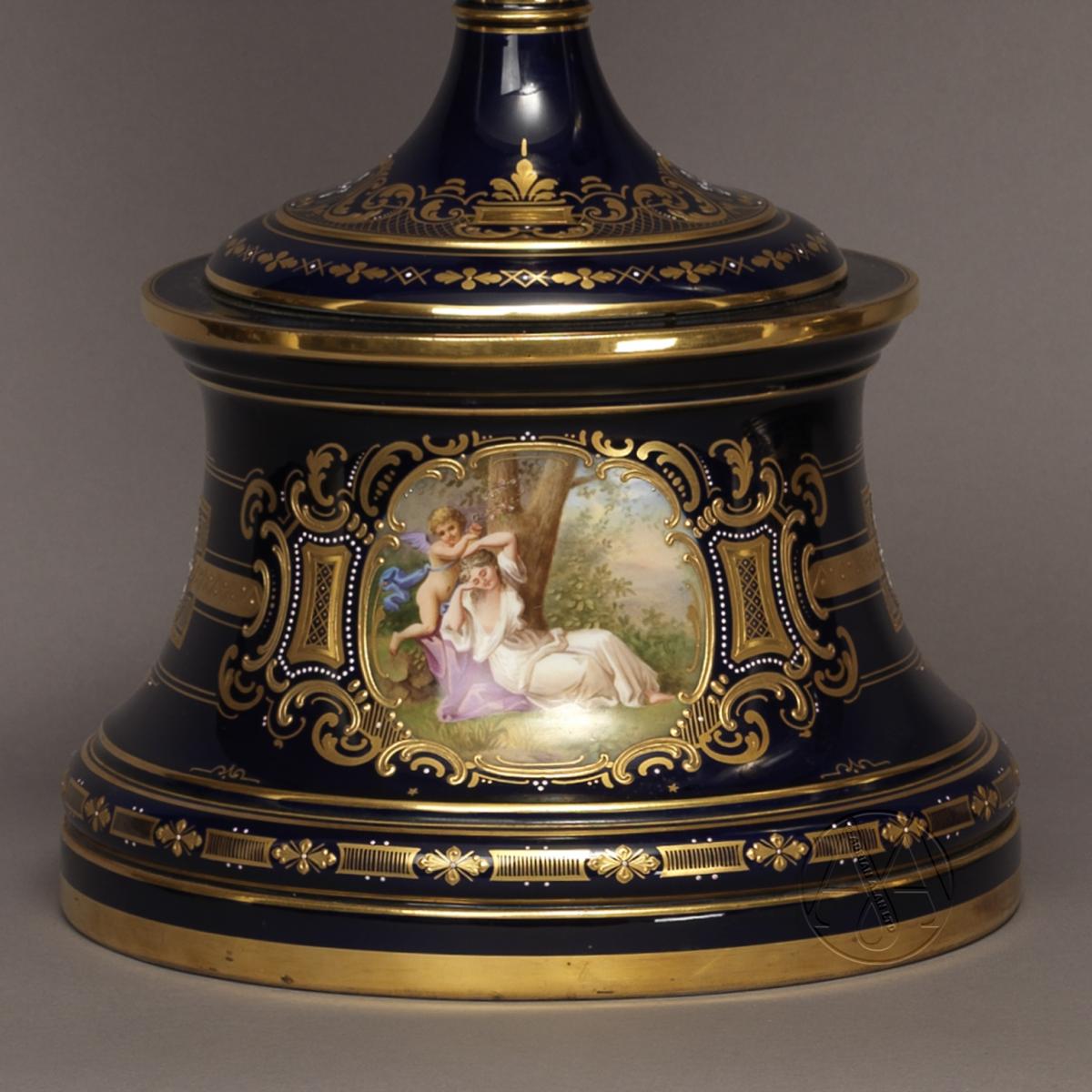 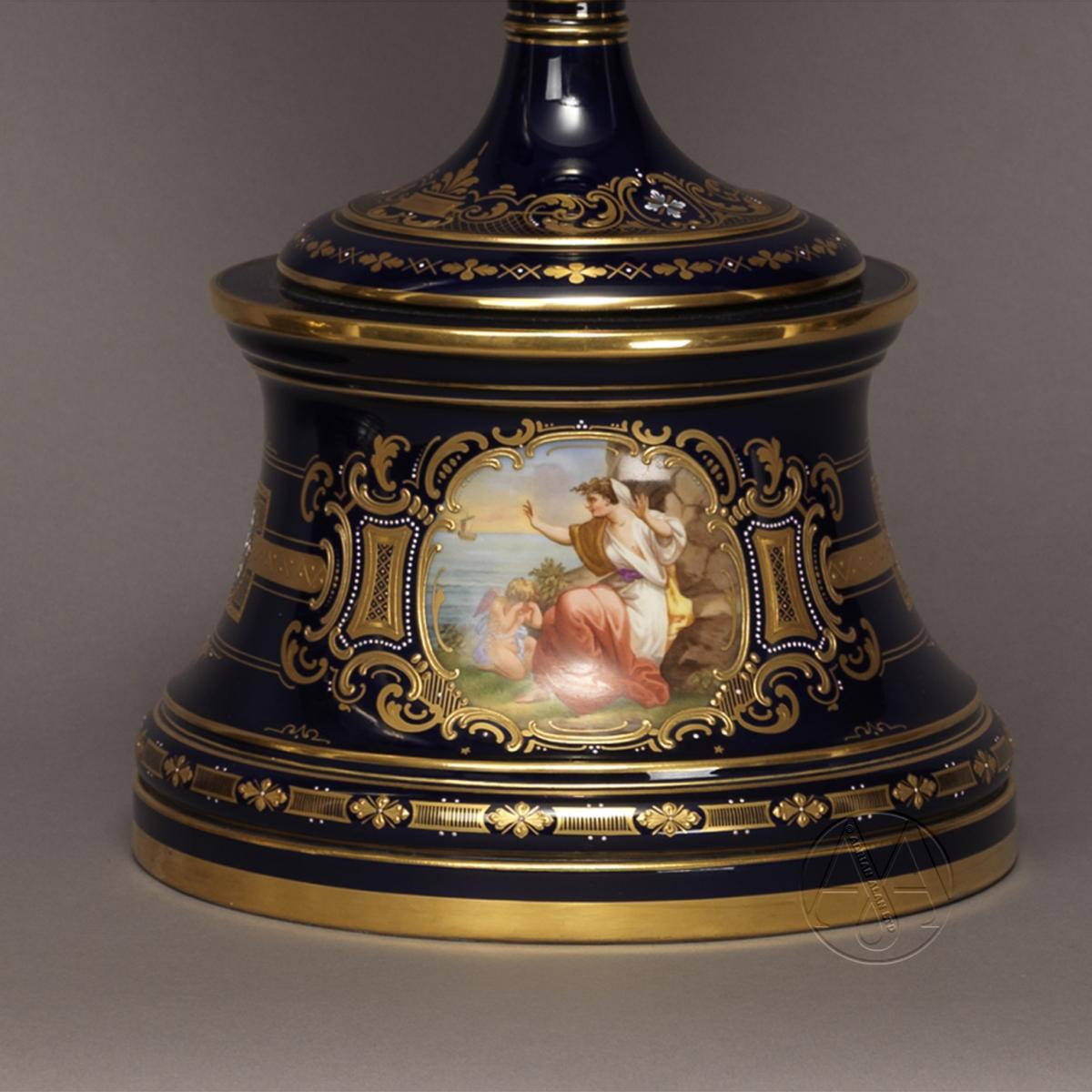 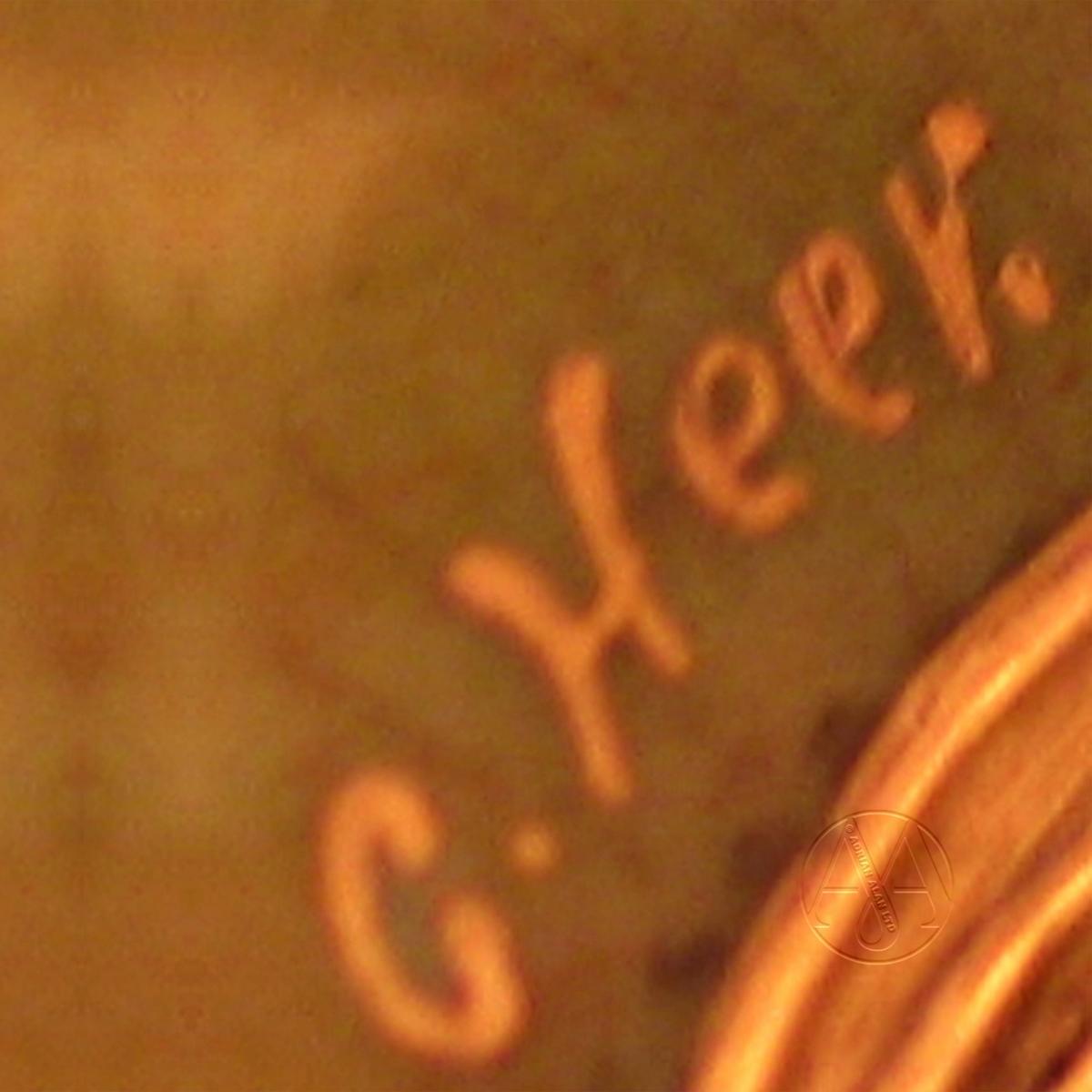 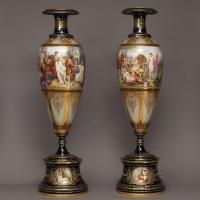 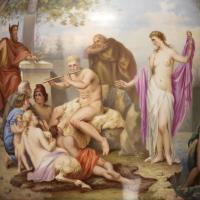 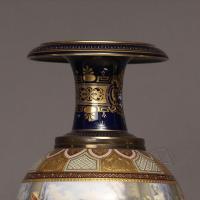 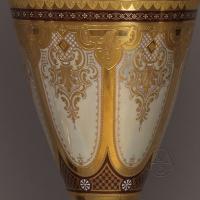 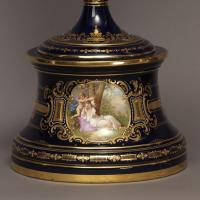 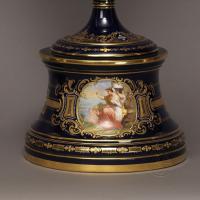 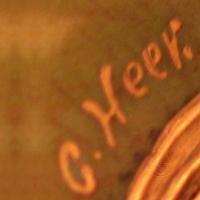 A Fine Pair of Vienna Porcelain Vases with Classical Scenes.

Each vase is finely painted with a continuous reserve of classical allegorical figures on a pale green lustre, against a brown and cobalt ground, with gilt, pale pink and white highlights.

The base of one reserve signed in gilt ‘K. Wildner’.

The Vienna Porcelain Manufactory was founded in 1718 only eight years after Johann Friedrich Bottger  and Ehrenfried Walther von Tschirnhaus had succeeded in unearthing the secret of Porcelain Manufacture for August the Strong, Elector of Saxony.  On May 25, 1718, Emperor Karl VI signed a "special privilege" awarding Claudius Innocentius du Paquier the exclusive right to produce porcelain in the Austrian crownlands.  Production being almost exclusively for the imperial household and the court nobility.

During the rococo era, Empress Maria Theresia placed the company under imperial ownership and it was during this period that the manufactory began to produce the famous rococo genre scenes after Watteau.  Under the management of Conrad Sorgel von Sorgenthal, the Vienna Porcelain Manufactory achieved an international reputation for its neo-classical style.