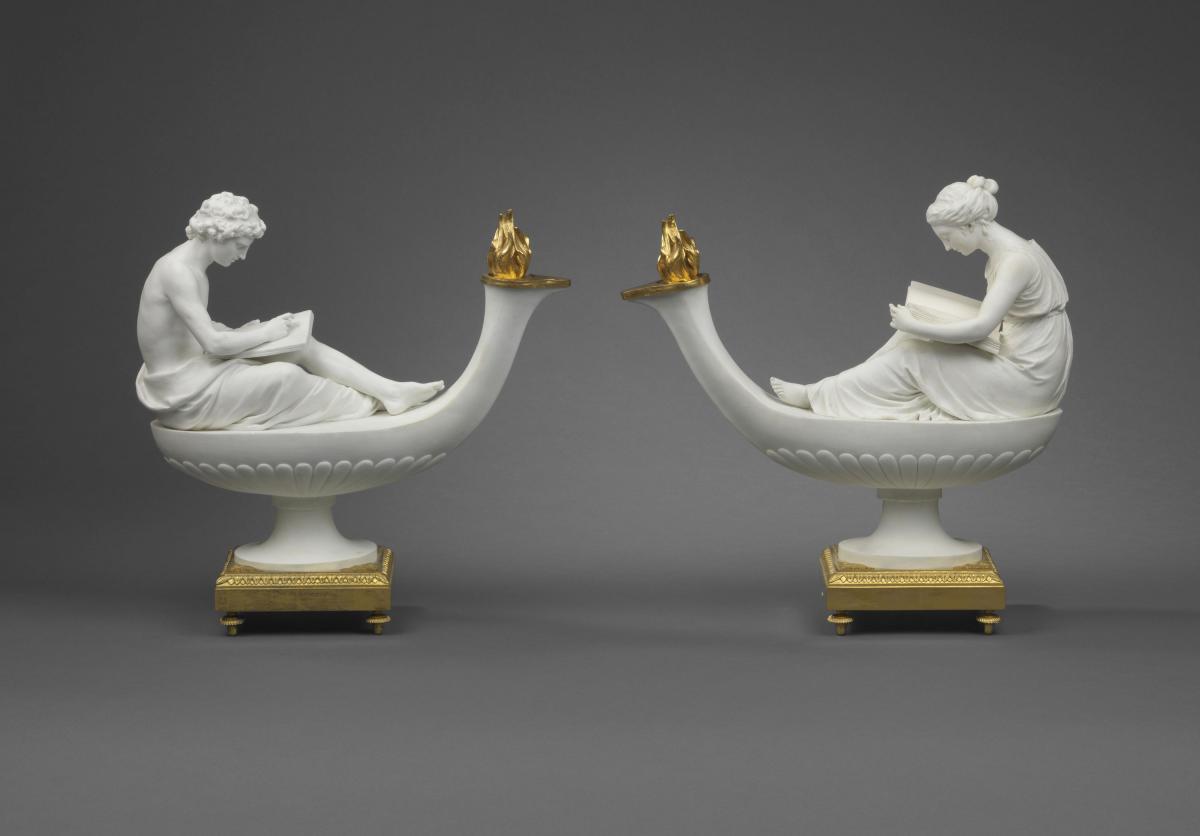 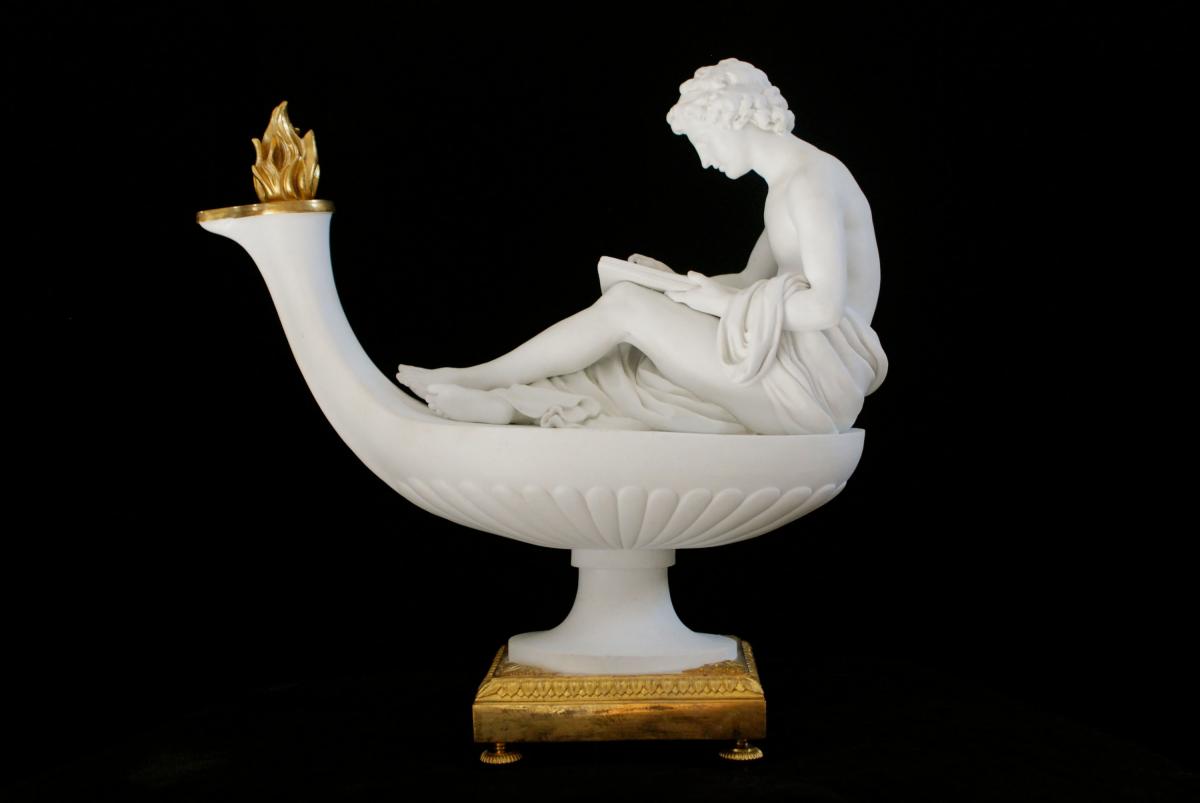 A pair of seated, allegorical, Sèvres biscuit figures, each one forming the top of an oil lamp, the spout being edged with an ormolu moulded ring: One being a figure of the woman, her hair elaborately plaited with a crescent to the front, her elegant dress falling in folds down her back and around her legs.

She is seated, forming the shape of a handle along the top of the jug, her feet pointing towards the spout, with a book open in her hands resting upon her partially raised knees. The other figure being a youth in a similar position with a tablet and stylus, a cloth draping through his arm and around through his legs; both figures are mounted on a beaded ormolu moulded plinth raised on engraved toupee feet.

Allegorical figures sitting on lamps were based on ancient models brought to light during the excavations at Pompeii and Herculaneum. The young woman, with an open book on her lap, represents Study, while the young man, writing on a tablet, symbolizes Philosophy.

Each lamp stands on a rectangular base of finely chased and gilded bronze, decorated with a frieze of waterleaf and set on four feet in the shape of little tops. The figures, designed by Boizot to be produced in biscuit porcelain by the Sèvres Porcelain Manufactory, were used with Boizot’s authorization to decorate lamps also entirely of biscuit, based on a bronze model by Rémond and Thomire.

Europe learned of recently unearthed ancient artworks not only through engravings, but also through the many drawings done by artists who visited the sites. This abundant visual documentation was a general source of inspiration for artists in all fields.

At the same time, they were nourished on theories expounded by the likes of the Comte de Caylus in Le Recueil d’Antiquités Égyptiennes, Étrusques, Grecques et Romaines (1752) and Johann Winckelmann in Gedanken über die Nachahmung der grieschische Werke (1755, published in English in 1765 as Reflections on the Painting and Sculpture of the Greeks), books that also provided artists with visual models reproduced in whole or in part.

This new look at antiquity thus directly or indirectly inspired the forms taken by the objects discussed here. Two ancient-style lamps, for instance, representing figures of Philosophy and Study, were based on a drawing by the Abbé de Saint-Non (1727–1791), now in the Victoria & Albert Museum in London, showing a lamp on which sits a young man writing on a tablet. 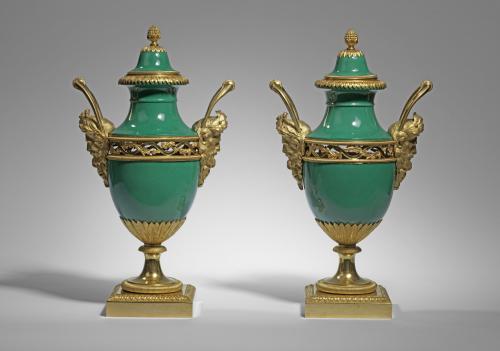 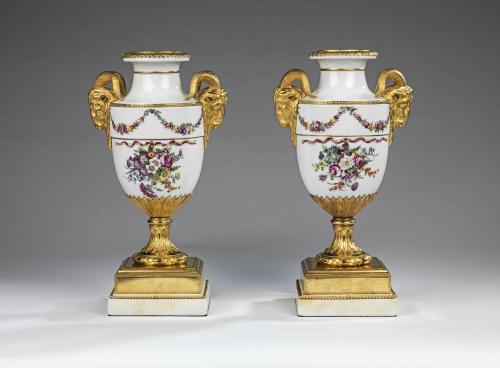 A Pair of Louis XVI Ormolu-Mounted White Locre Porcelain Vases, the mounts attributed to Pierre Gouthière. Circa 1775
Frank Partridge
View all from this dealer