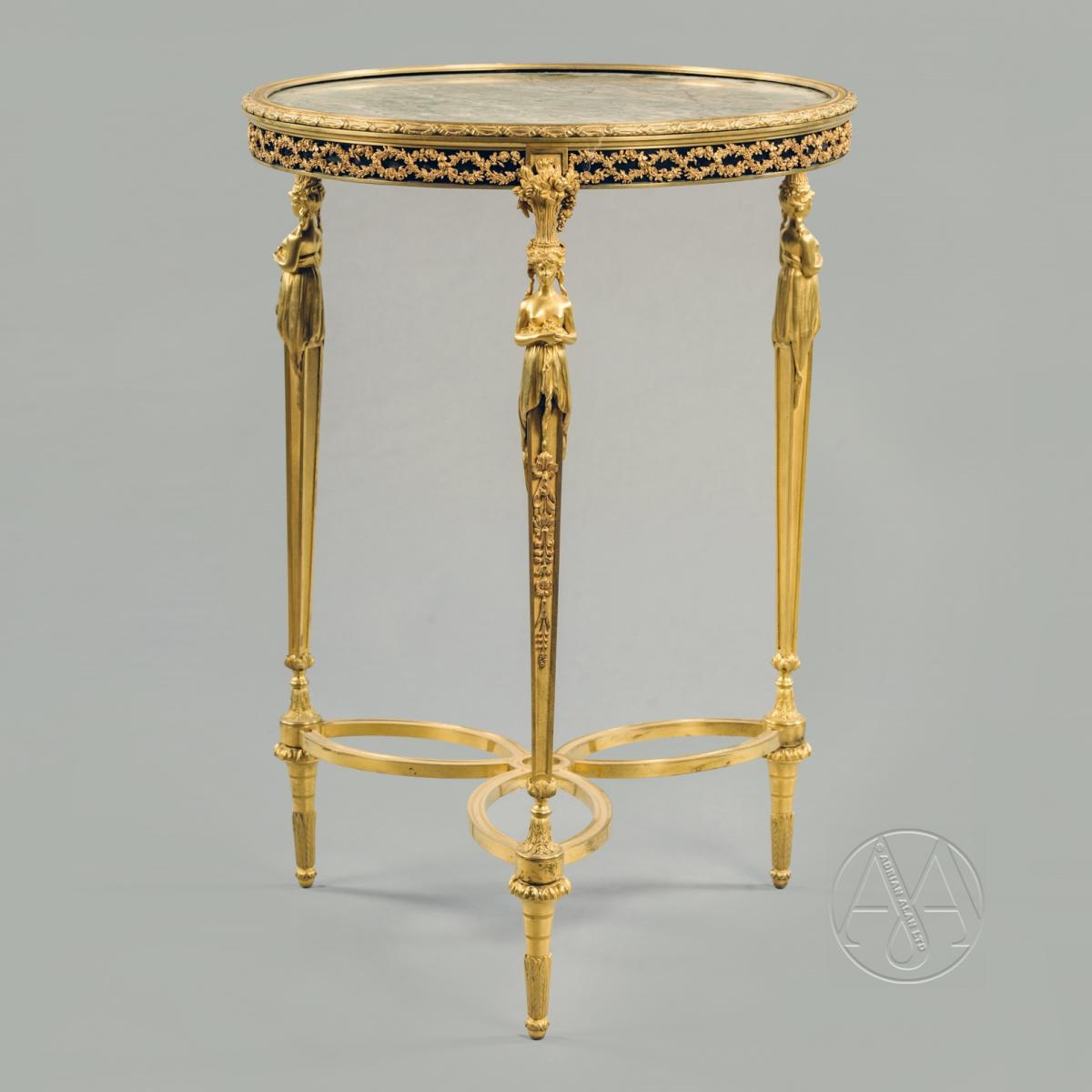 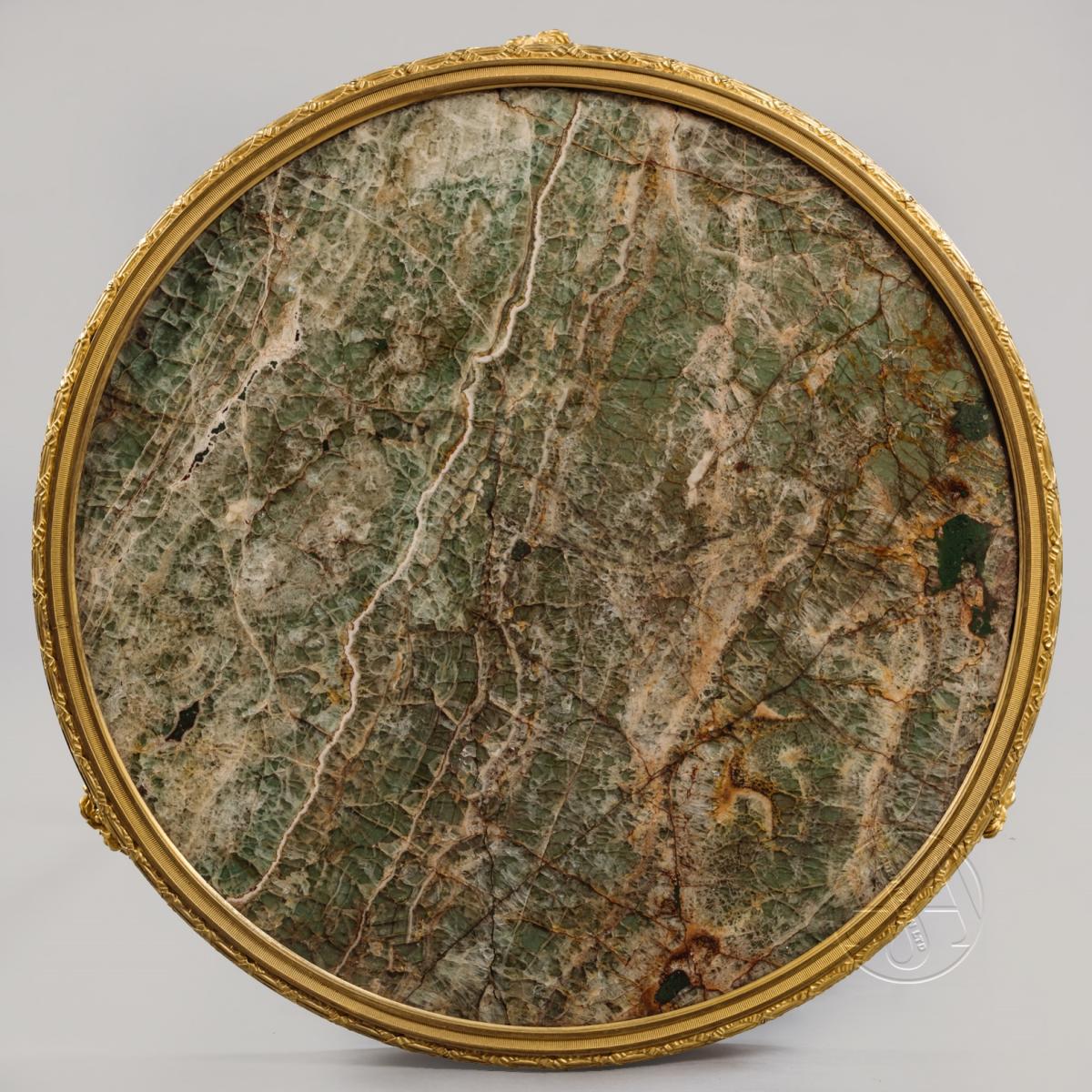 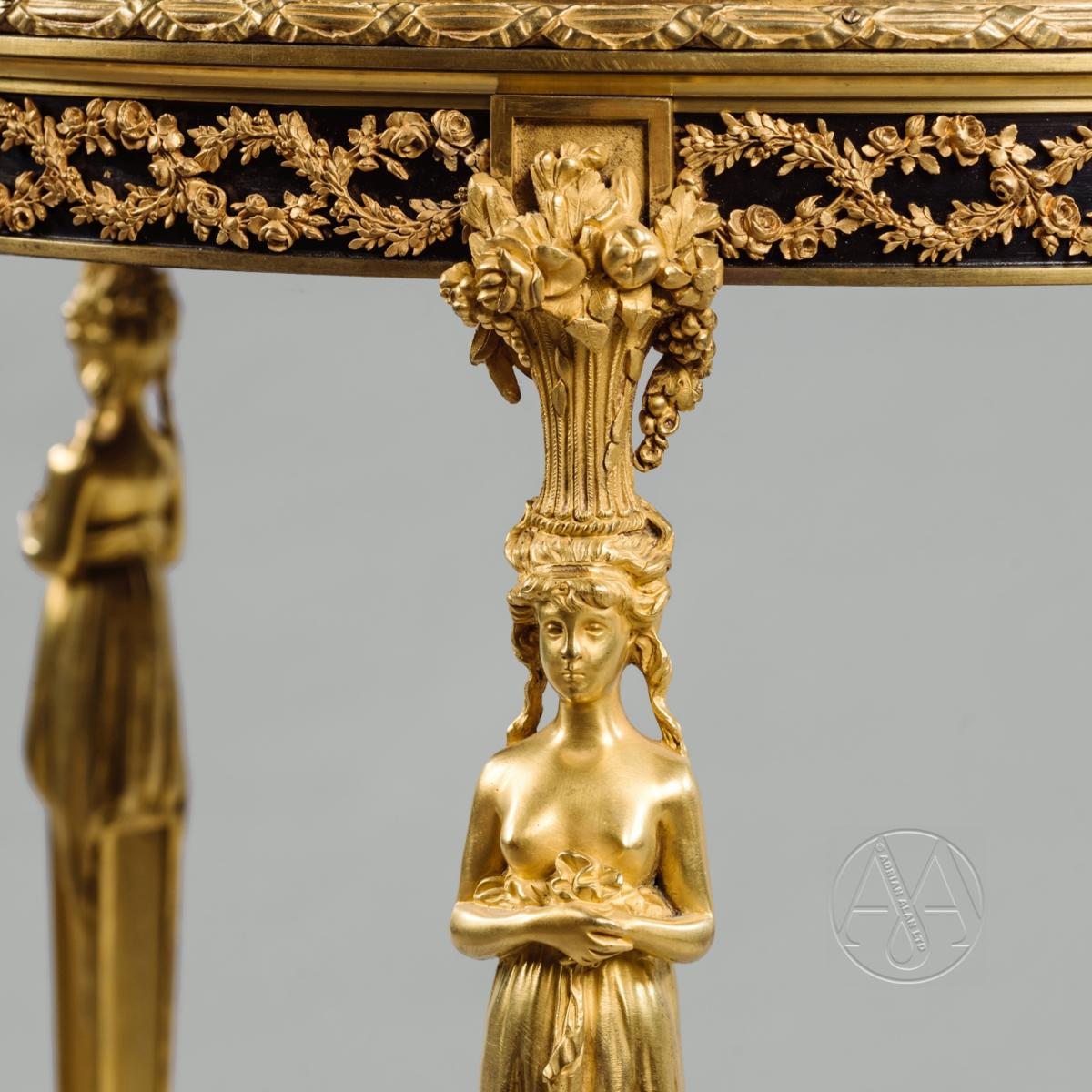 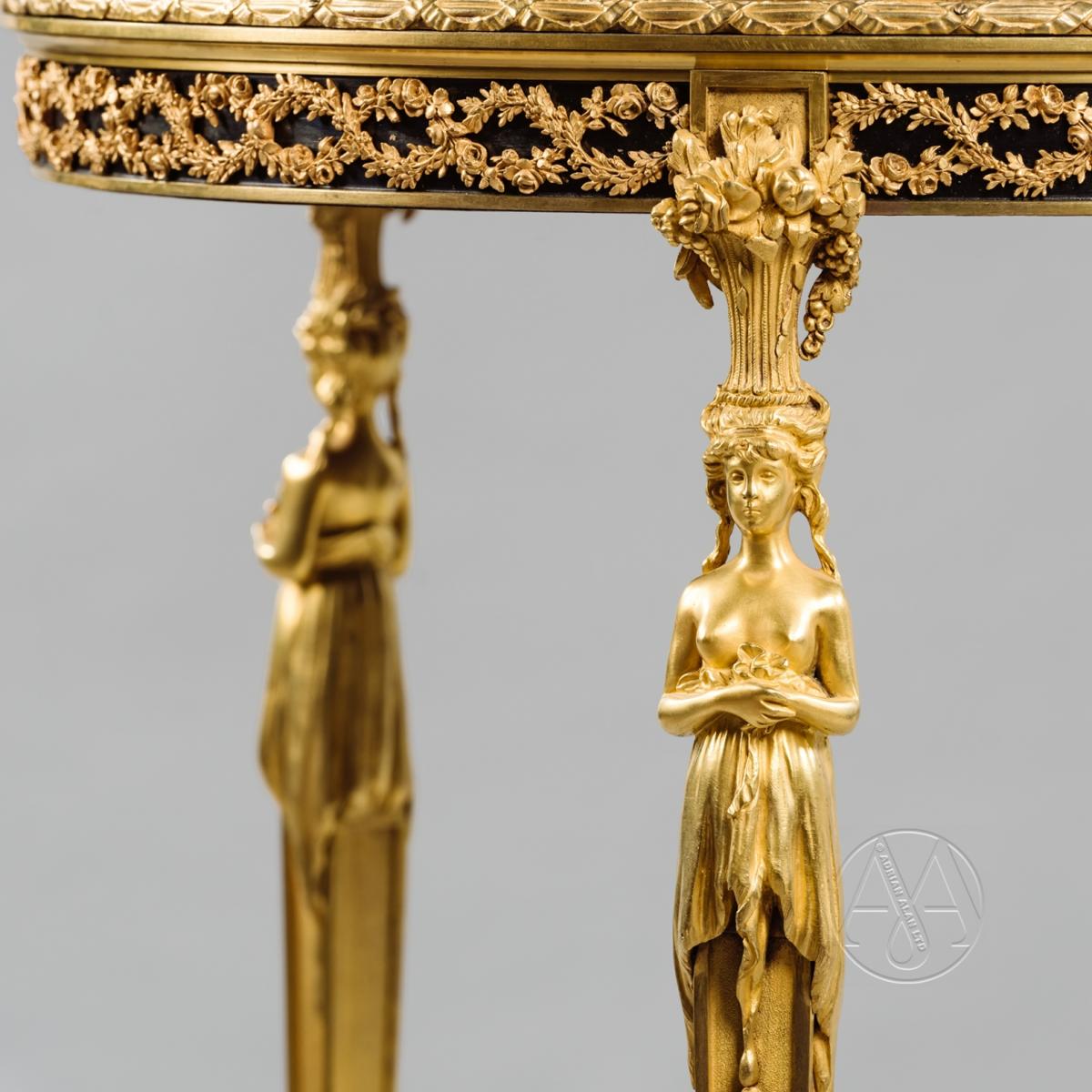 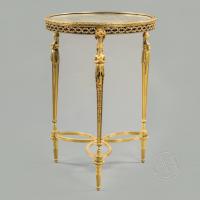 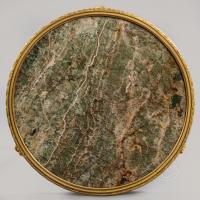 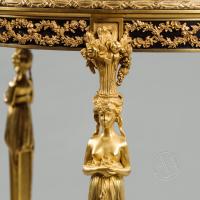 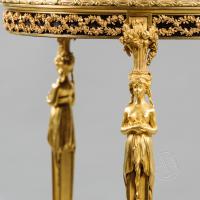 This rare gueridon has a green fluorspar circular top above a laurel and rose cast frieze on a blued steel background and raised on four tapering legs headed by finely cast gilt-bronze female caryatids, united by a trefoil loop stretcher and put down on stiff leaf cast feet.

The design of the leg is derived from a mount used by the ébéniste Adam Weisweiler for use on the angles of secretaires and for the legs of a table delivered by Daguerre in 1784 for Queen Marie-Antoinette, See M. Segoura, Weisweiler, Paris, 1983, p. 42.

Zwiener Jansen Successeur was part of the celebrated firm of Maison Jansen.

Around 1895-1900 Jansen bought some of the master models of the celebrated furniture maker Joseph-Emmanuel Zwiener, who had left Paris to return to Germany, and renamed the business 'Zwiener Jansen Successeur'.