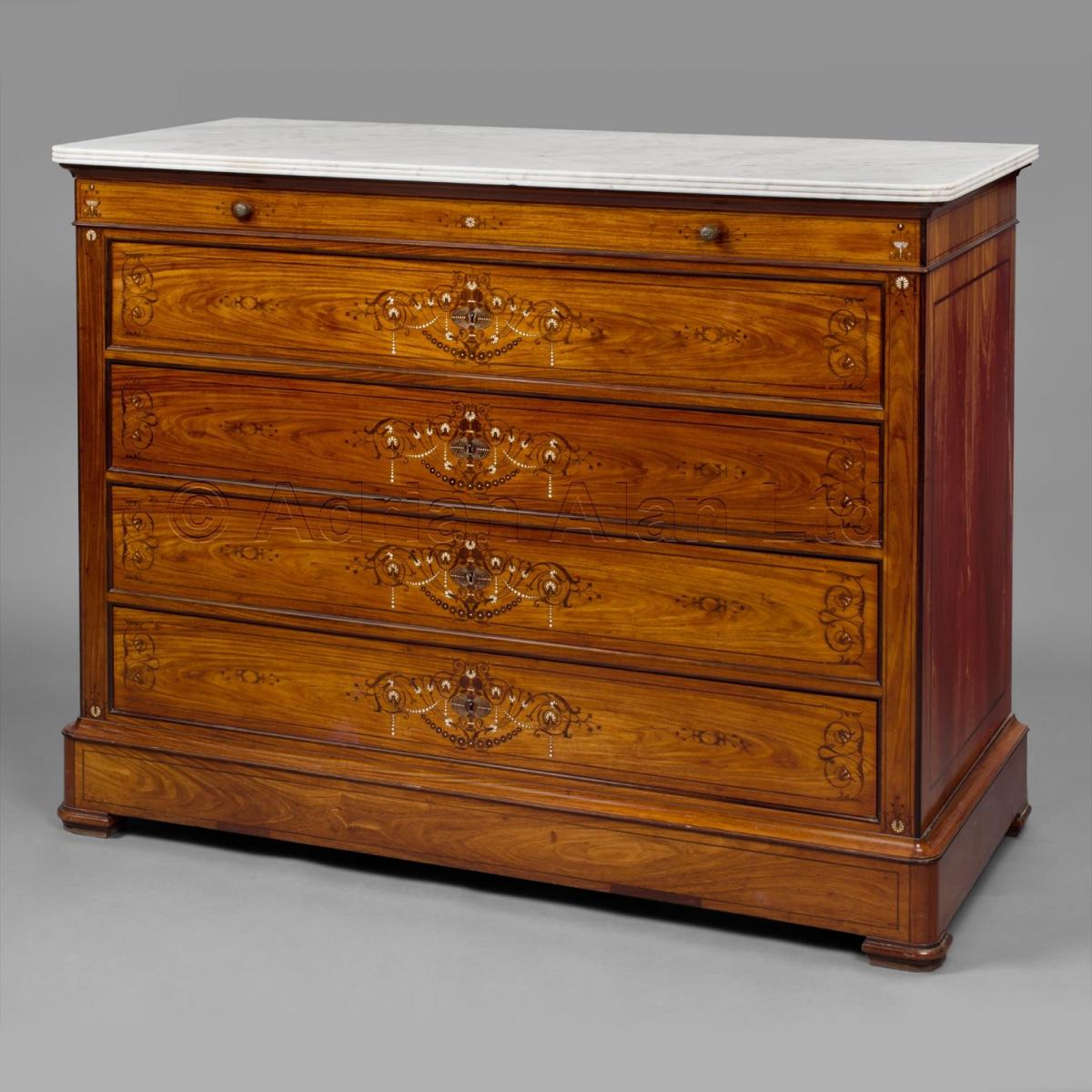 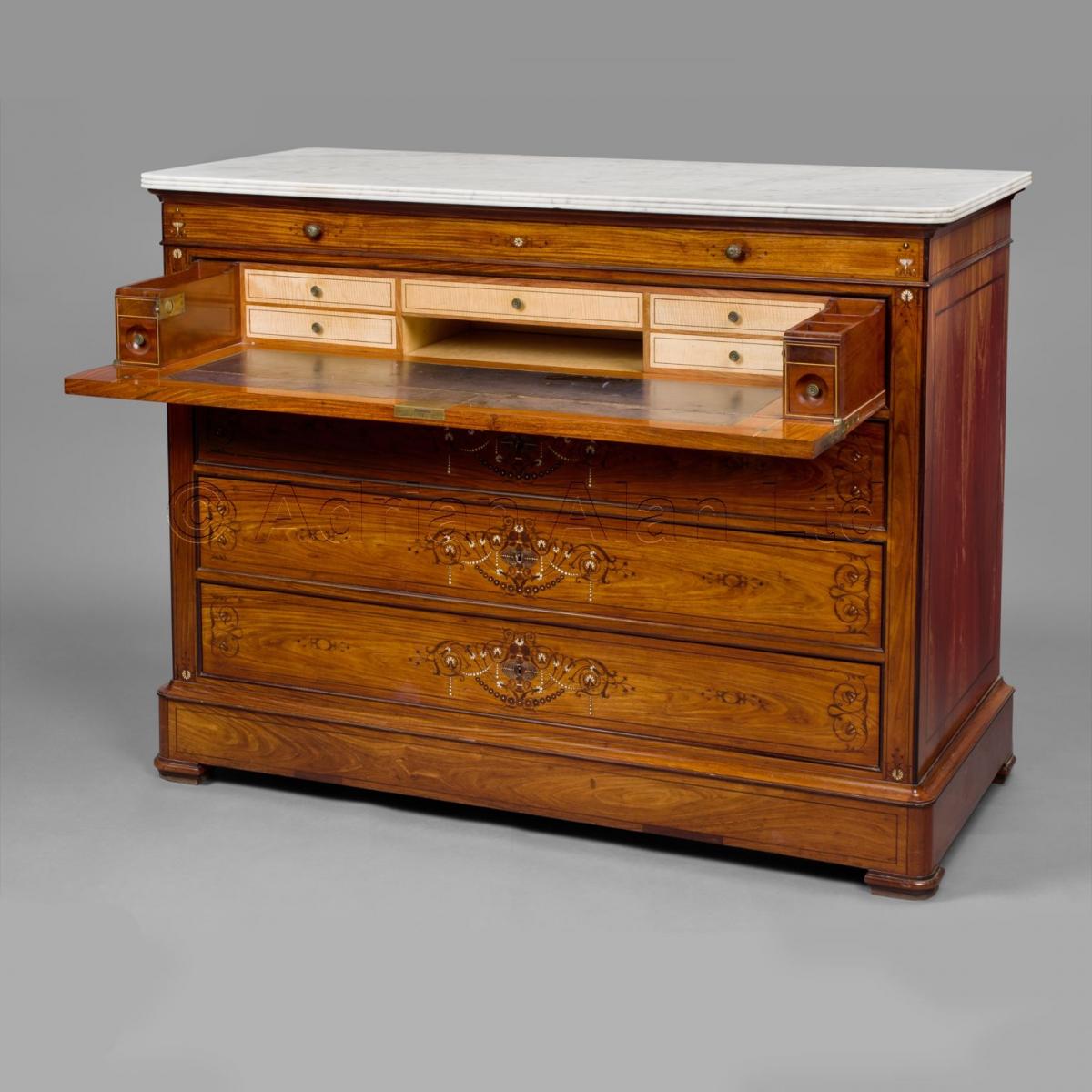 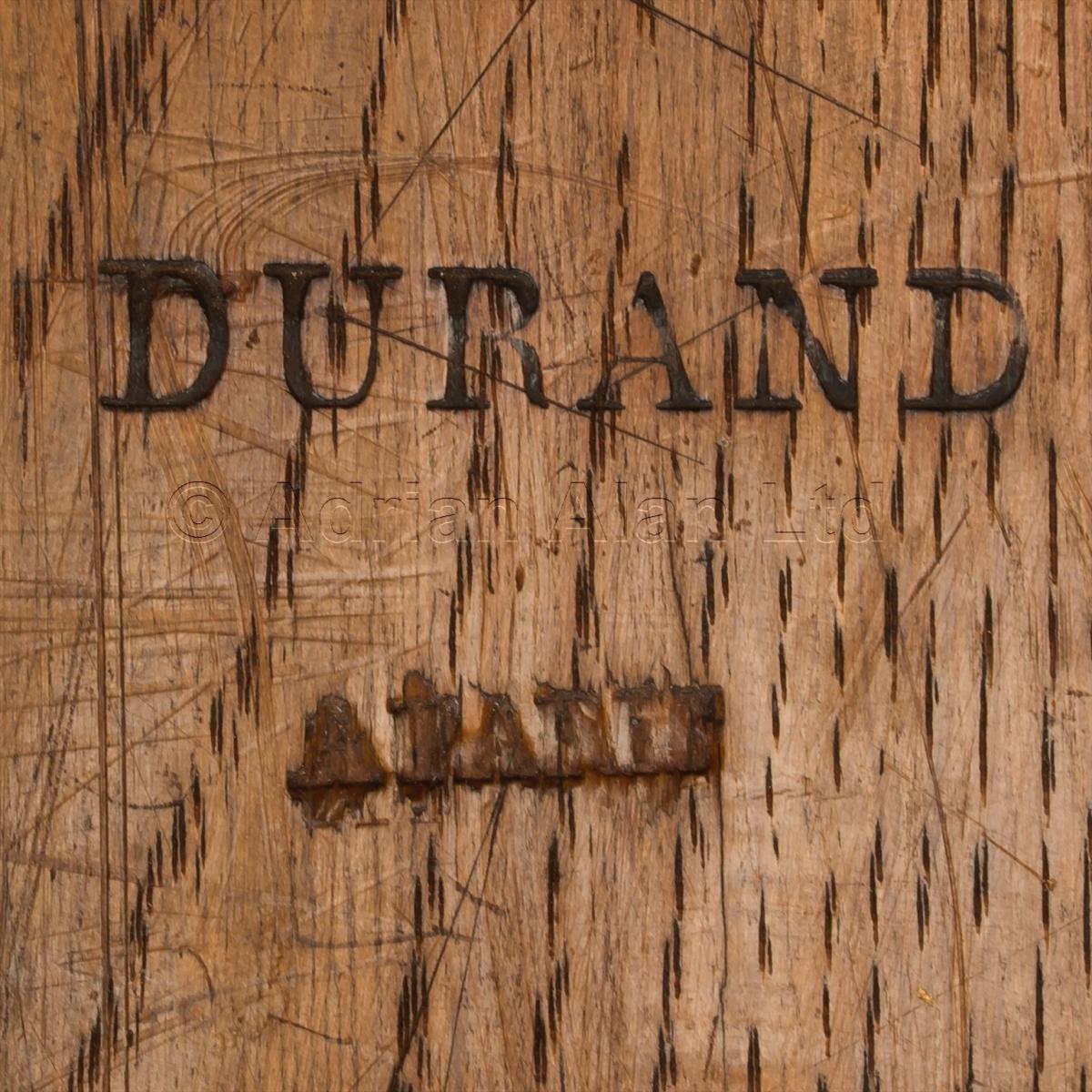 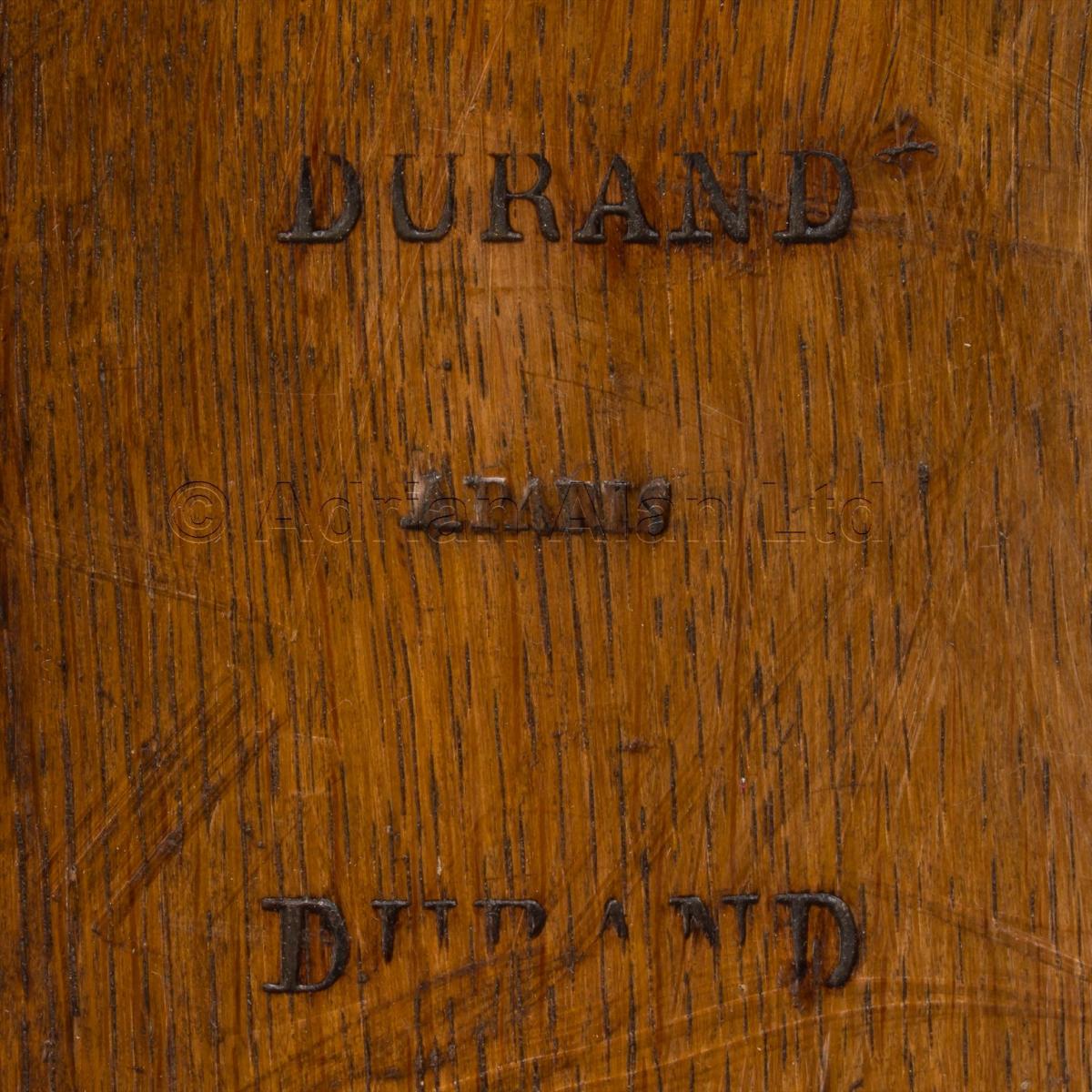 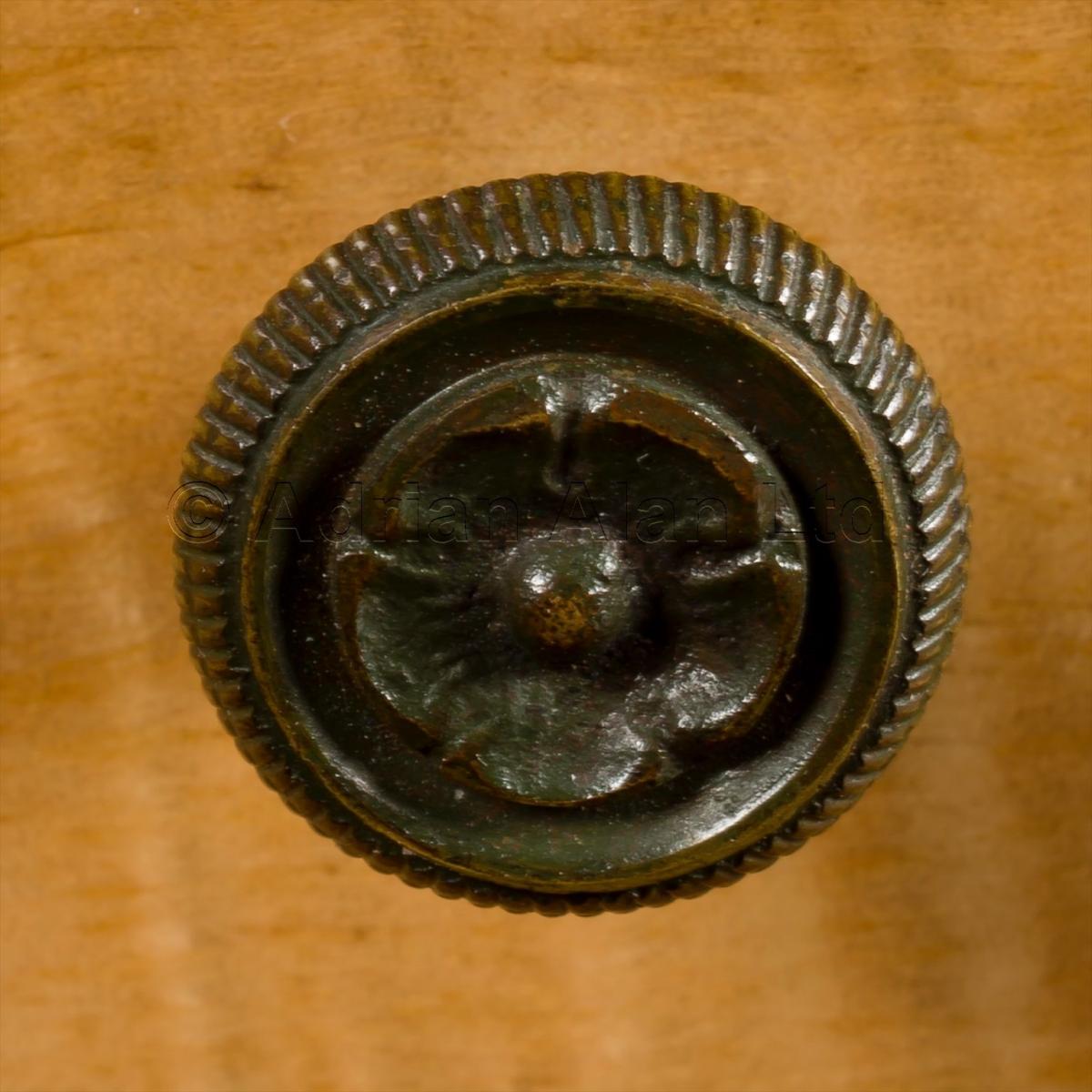 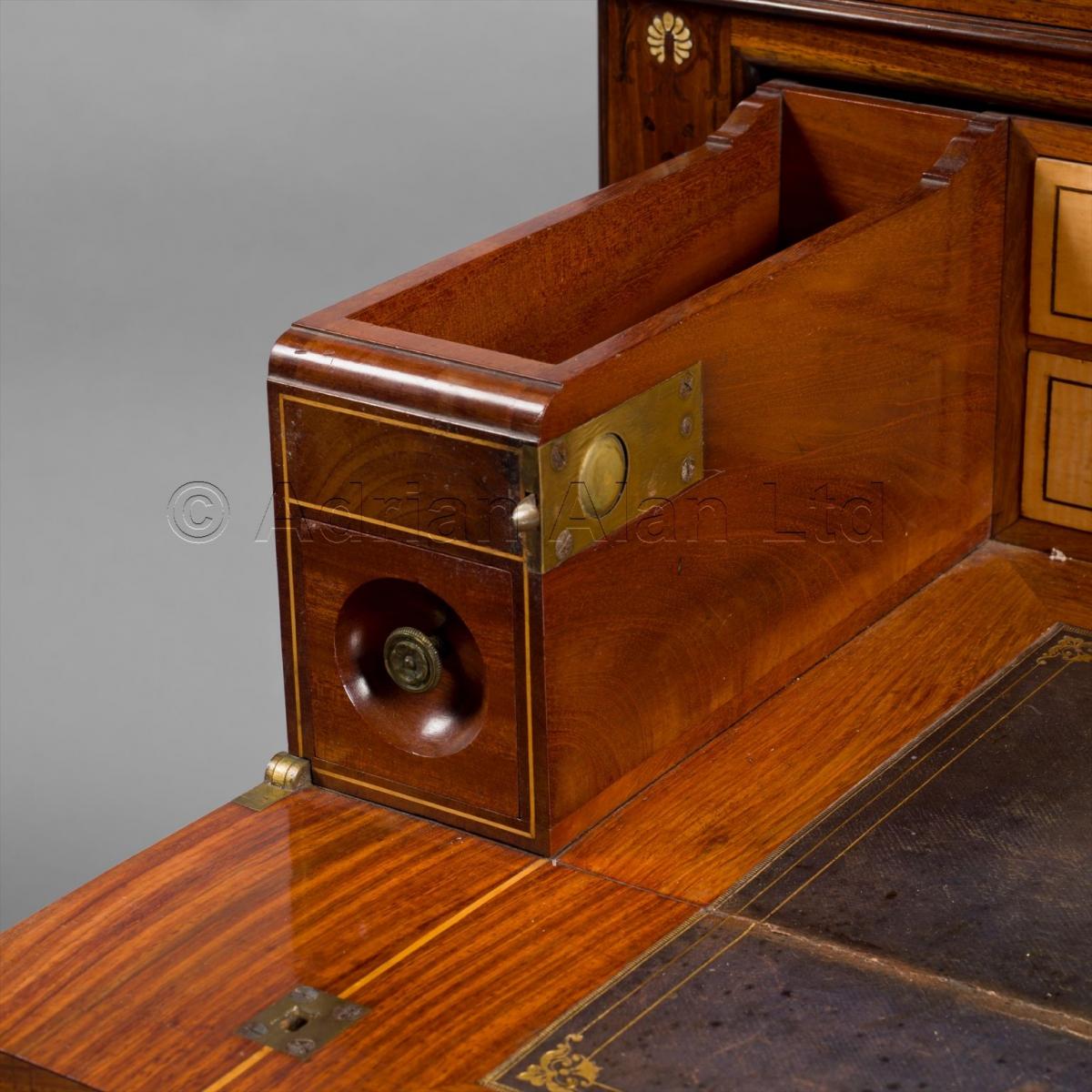 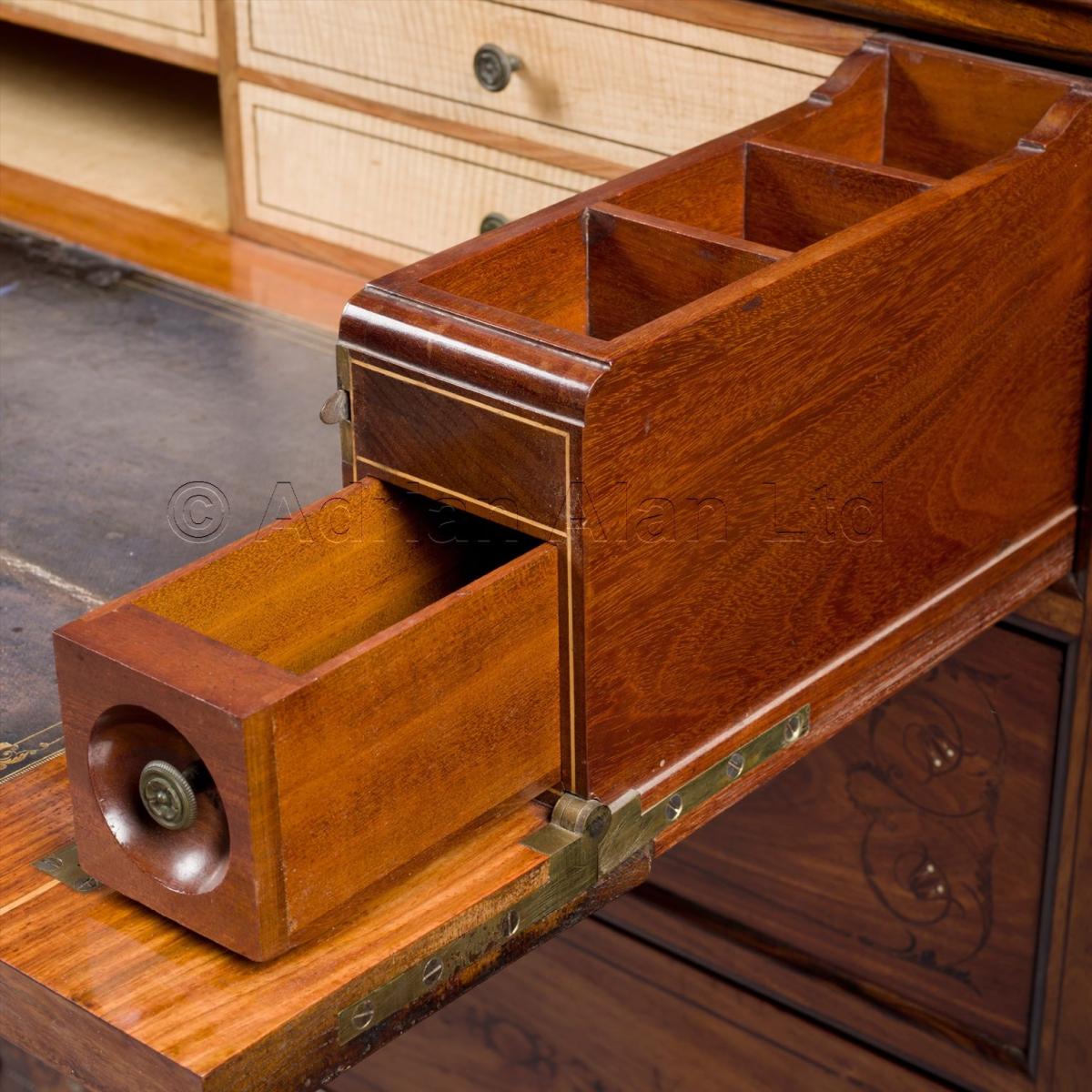 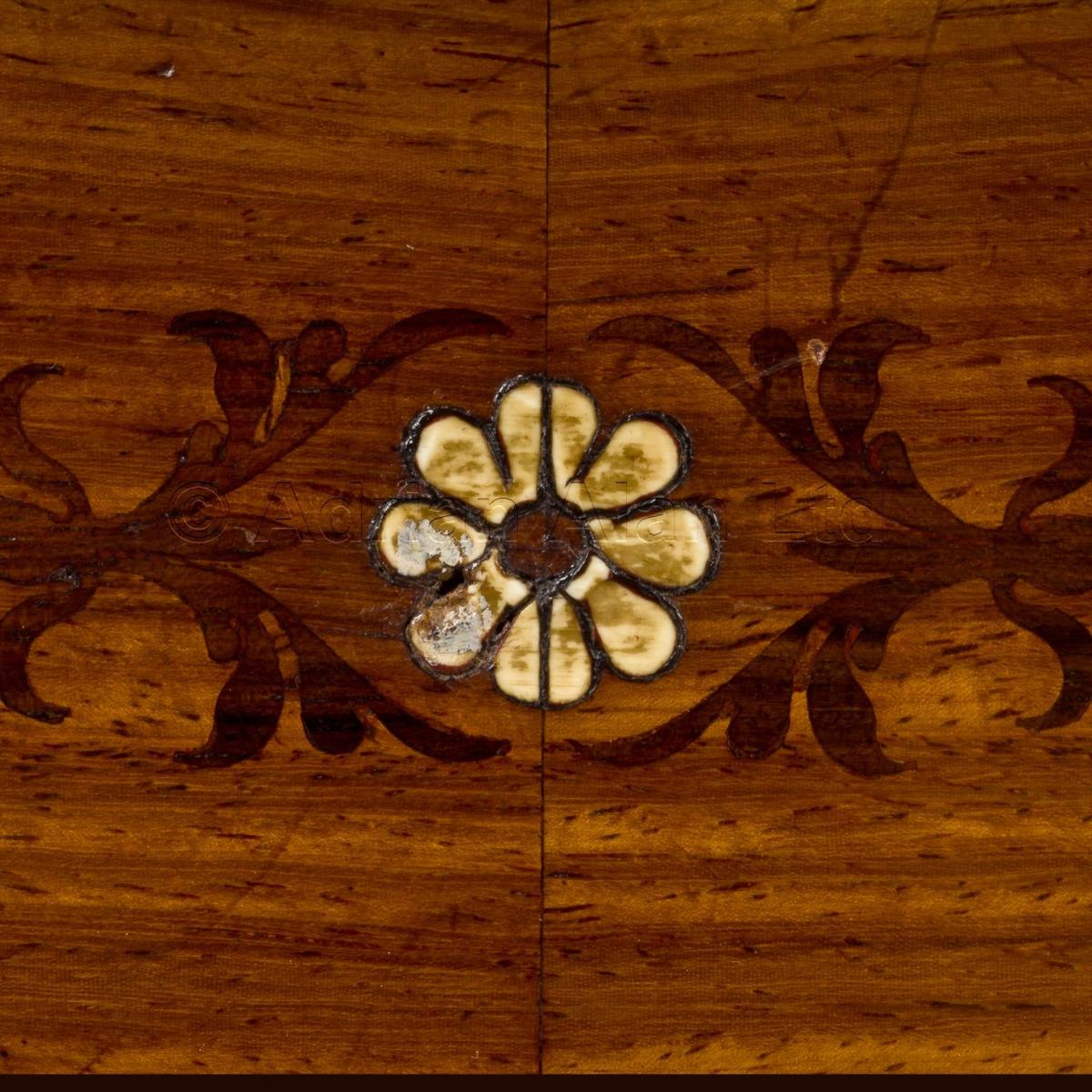 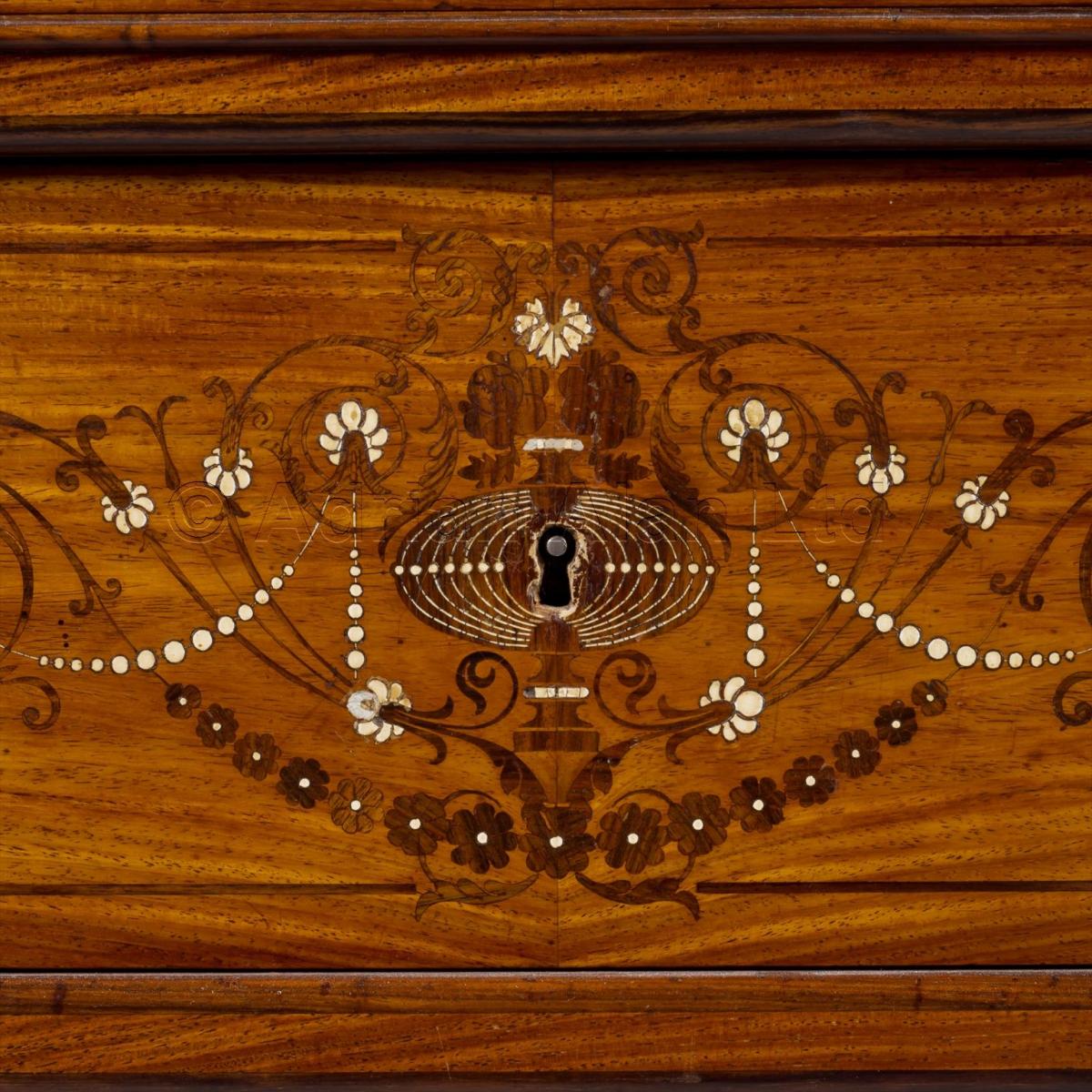 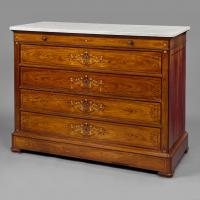 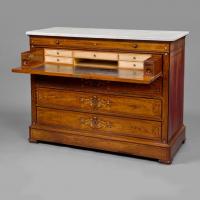 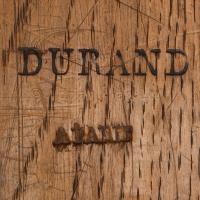 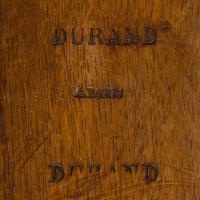 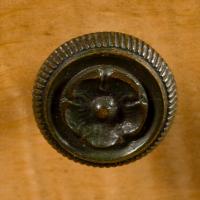 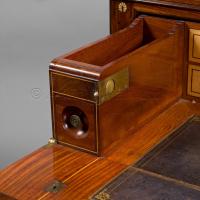 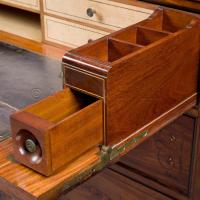 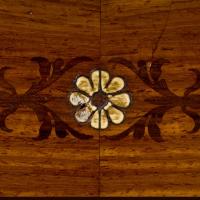 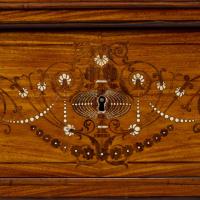 A Fine Louis-Philippe Inlaid Teak Marble Top Commode, with a rectangular white marble top above a shallow frieze drawer, as a fully fitted secrétaire, and four further drawers.  Each drawer is decorated with a central motif with scrolling foliage and swags of various woods and simulated ivory. The commode stands on a plinth base with bracket feet and is stamped twice 'Durand' on the reverse.

The Durands were a well known Parisian family of fine furniture makers.  The Maison Durand was founded by Maximilien-Eugène  Durand (b.1839) who worked at 12 rue de la Carisaie and later at 62 rue Saint-Antoine, and was to execute many state and royal commissions.

Durand was one of the finest craftsmen at the end of the Nineteenth Century in Paris.

The company participated in the 1851 Great Exhibition and the 1899 Exposition Universelle where they were awarded a silver medal.

The Catalogue of the 1851 Great Exhibition makes particular reference to a sideboard displayed by Durand, which it states, 'in design and execution, may compete with the best that the Exhibition has called forth', and to an even greater extent a tea and coffee service produced by Durand.  It states that, 'It will be thought by all those who are fortunate enough to get a sight of the most exquisite tea and coffee service, manufactured by M. Durand of Paris, that any work of similar character bought into competition with it will be put to a severe test, so pure is the taste that has designed, and so skilful are the hands that have been engaged in working it out.'

Maximilien-Eugène was joined by his son Frederic Louis Durand around 1890 and thereafter the firm was known as Durand et Fils.