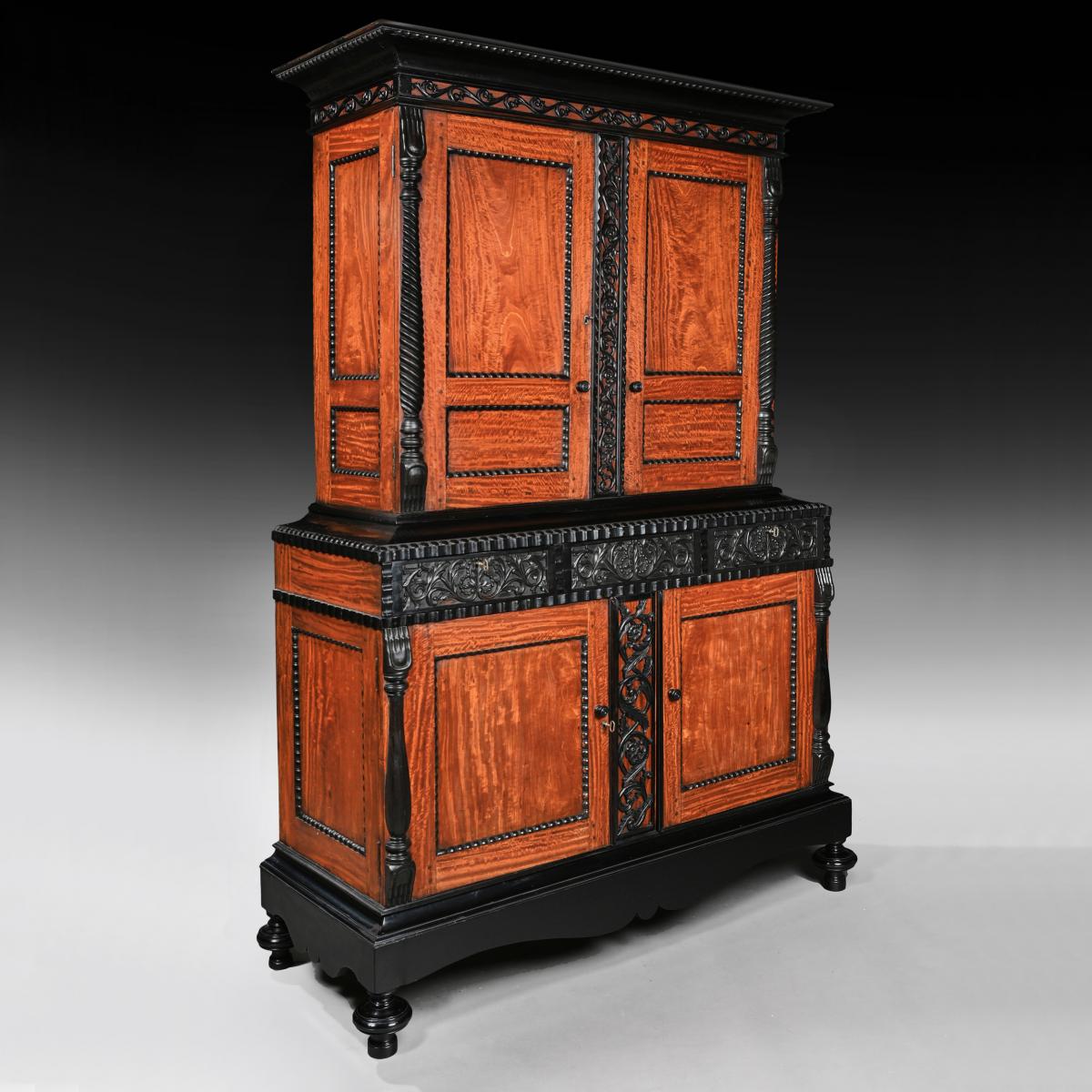 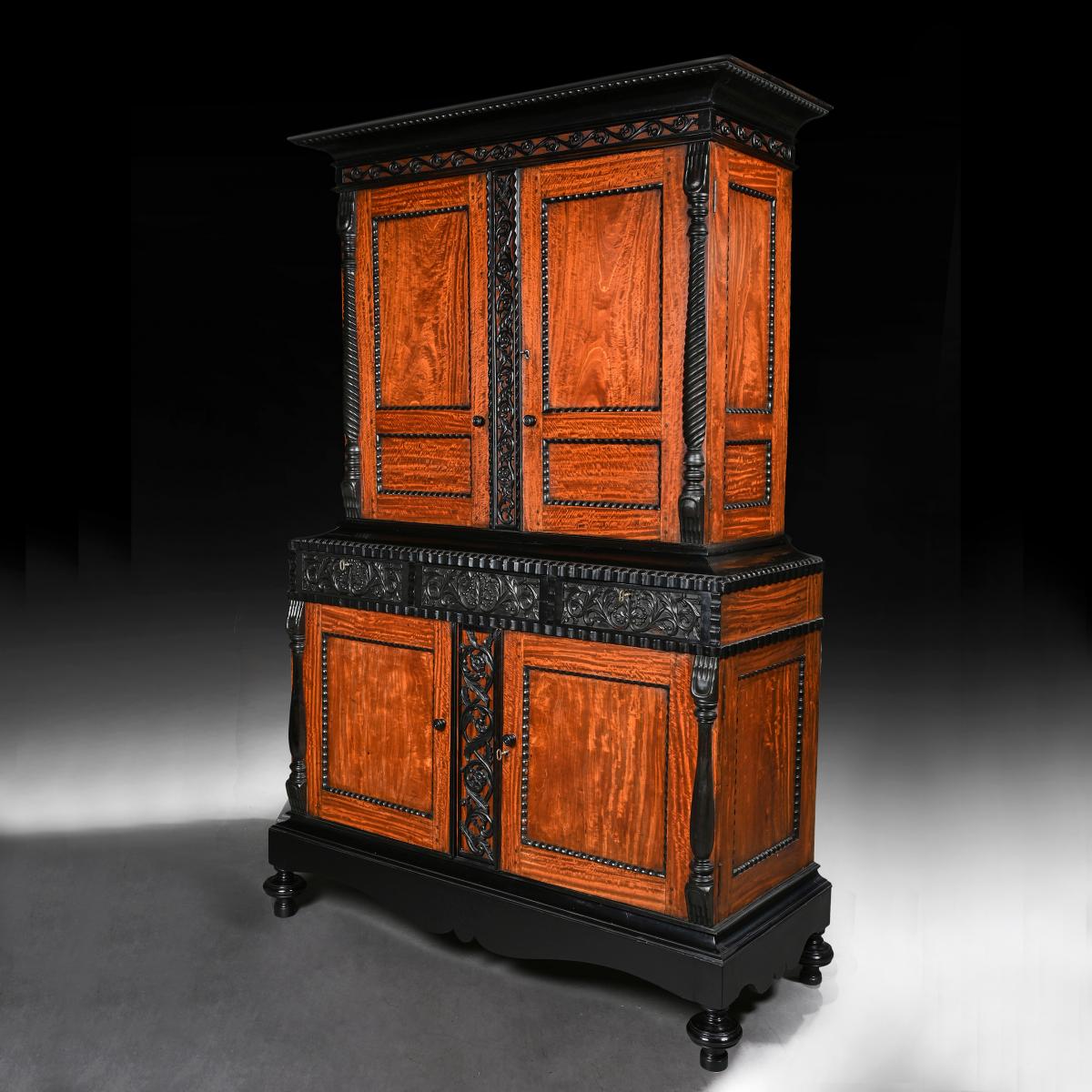 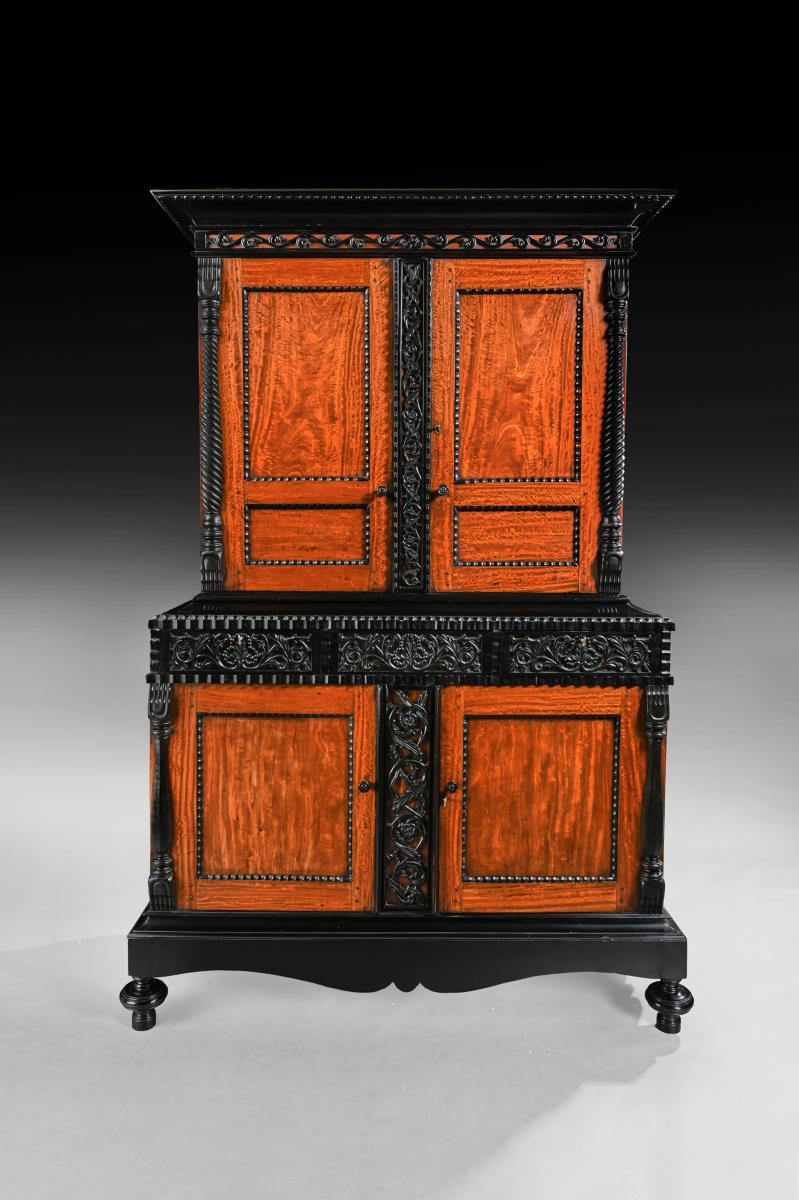 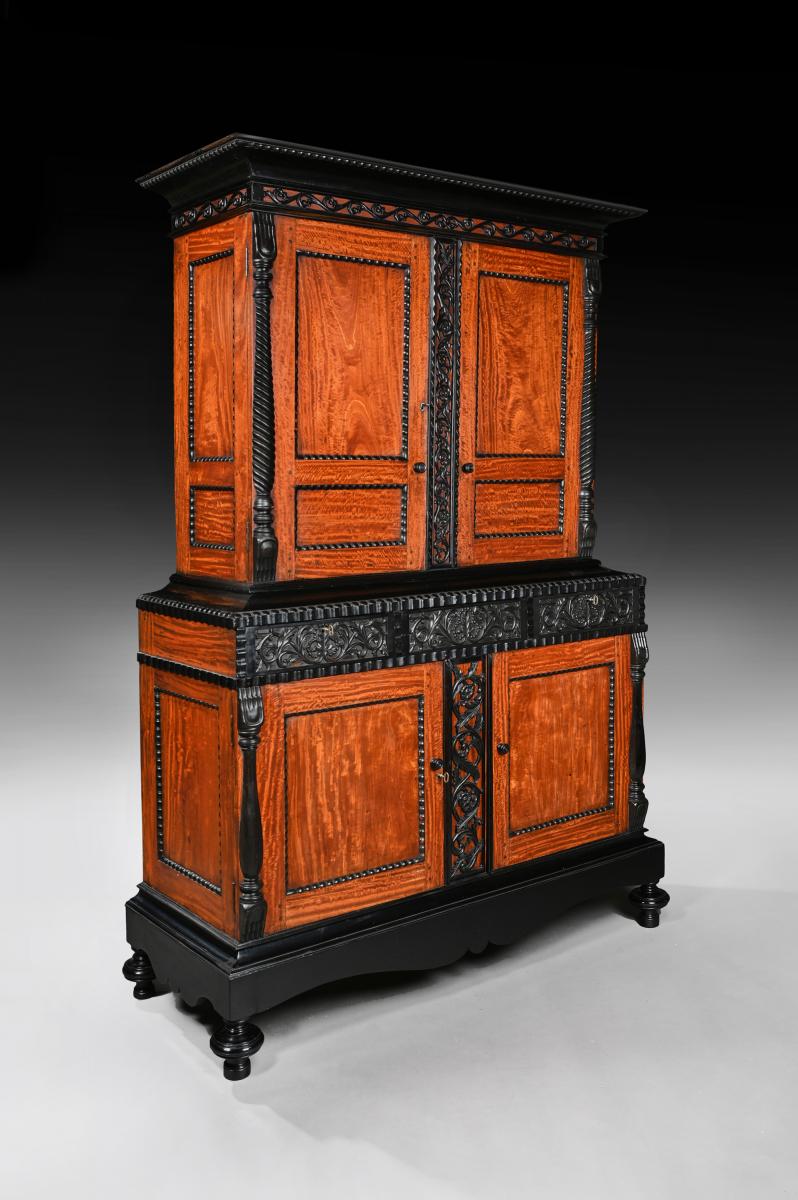 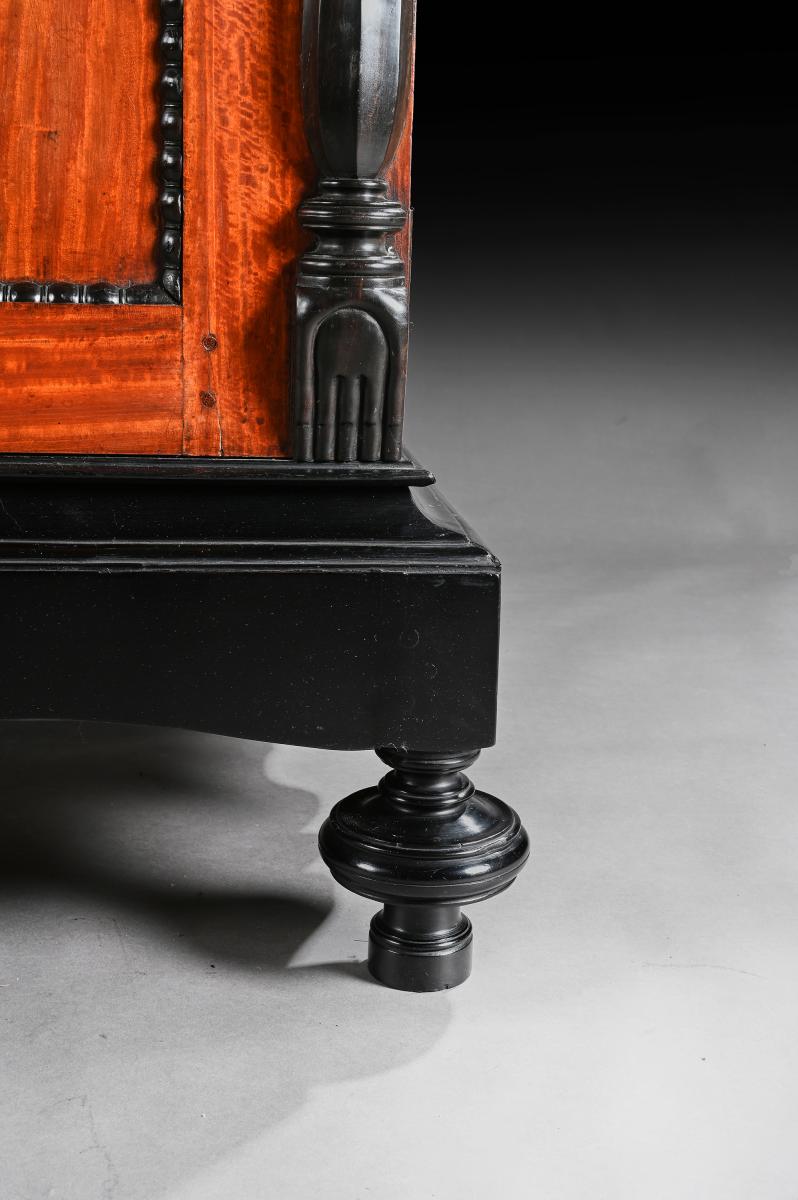 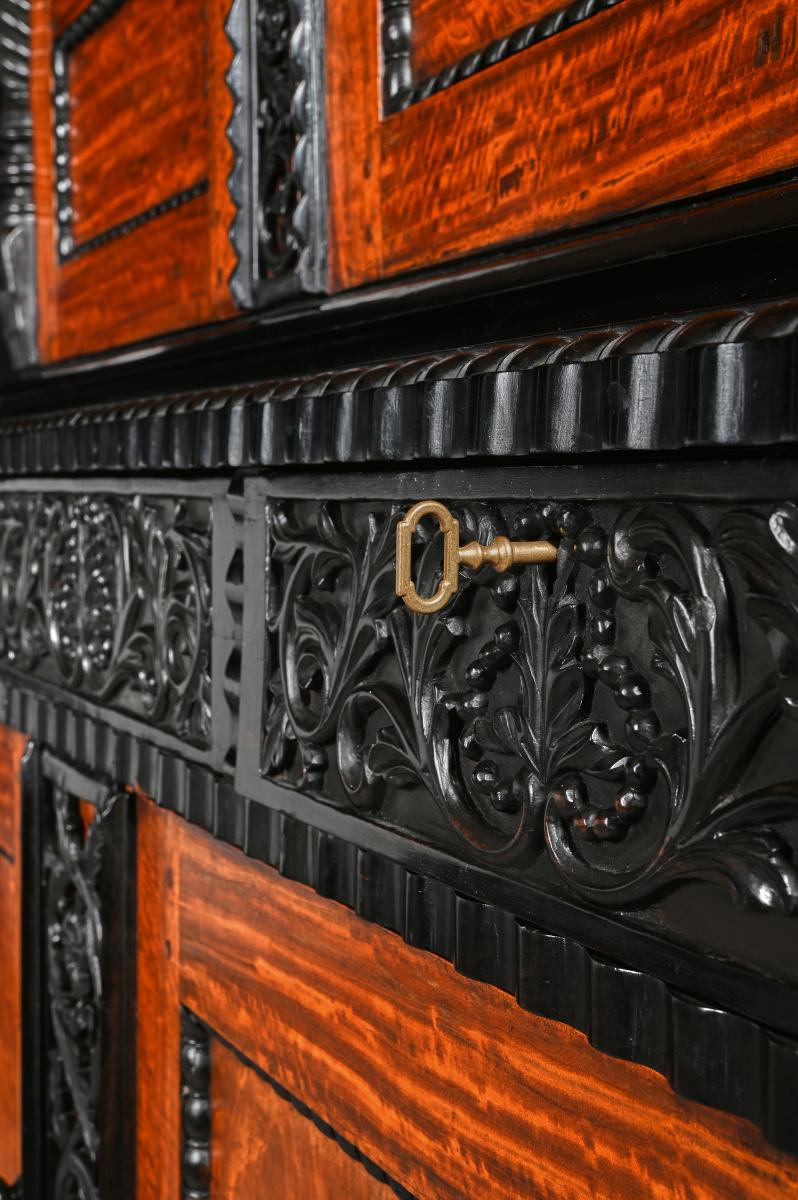 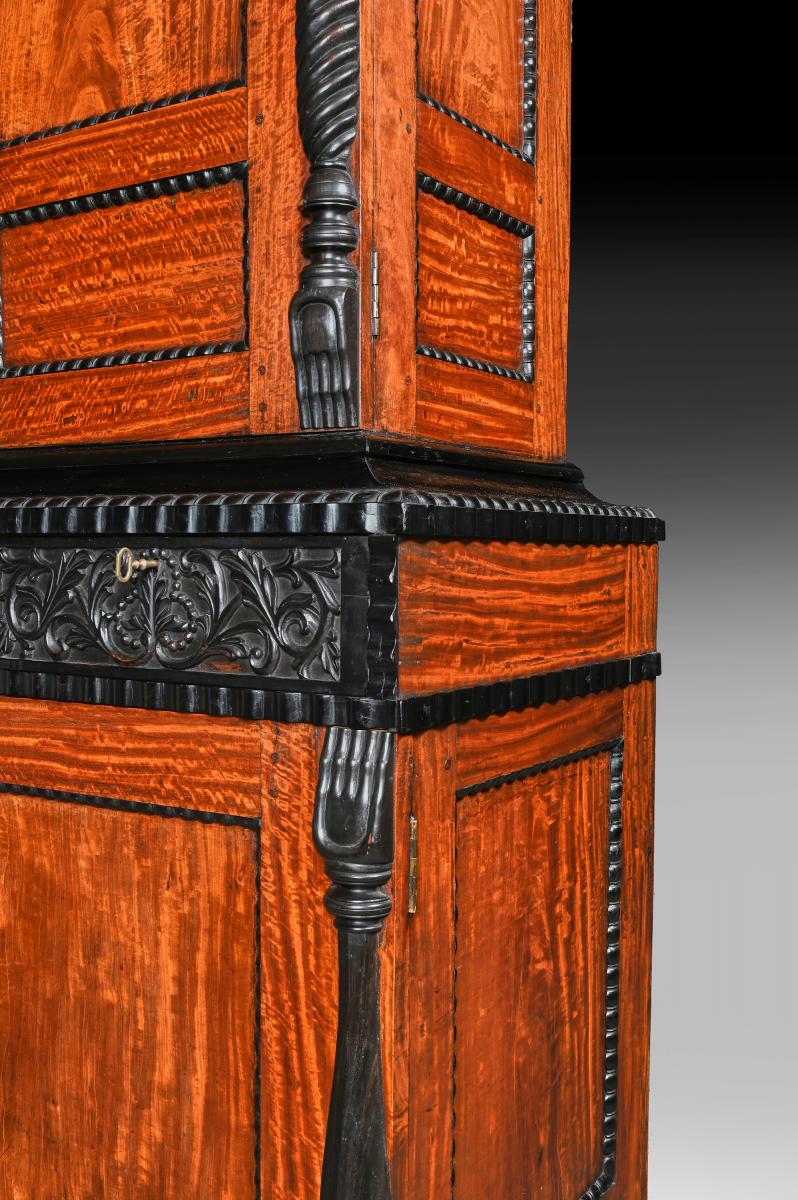 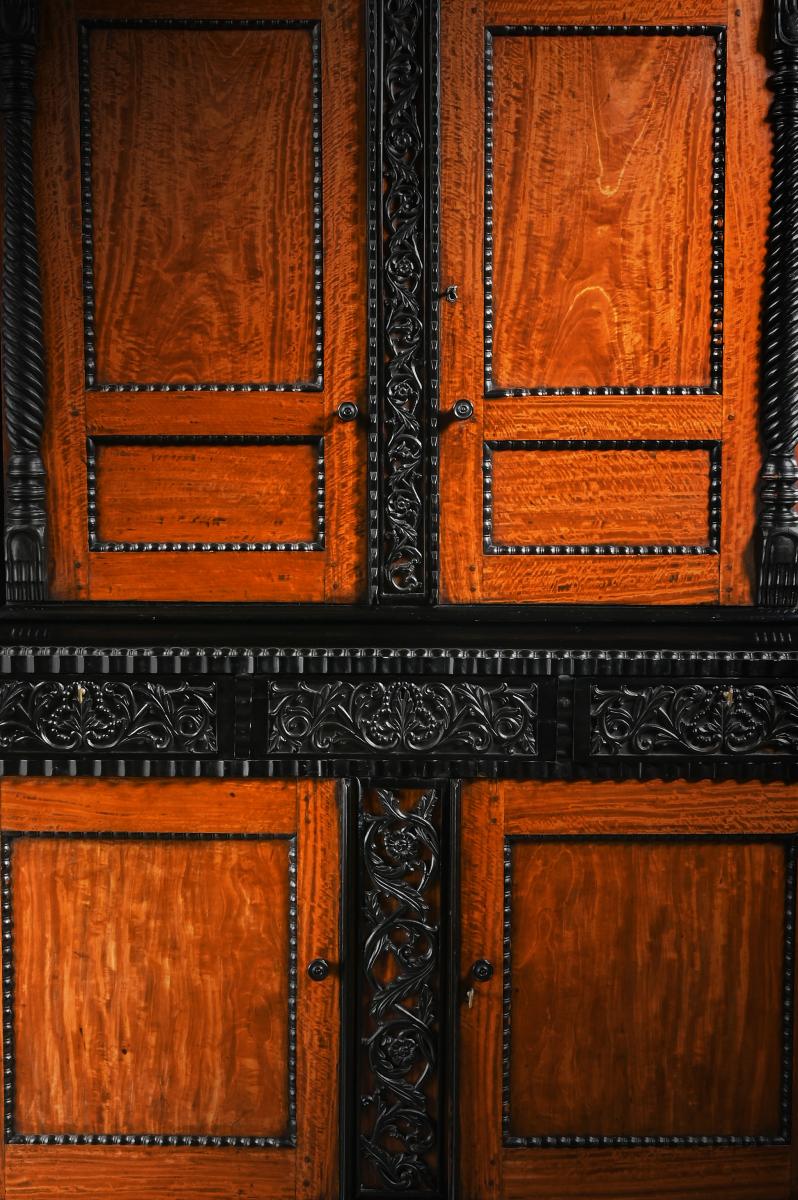 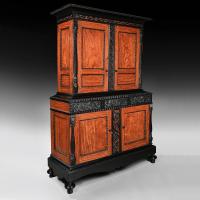 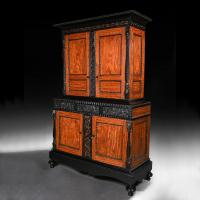 The lower section having a scalloped ebony waist with moulded edge over three solid ebony frieze drawers with decorative and detailed carved fronts each having a central brass lock.

The conforming base with twin doors having a central lock to the right hand door and ebonised turned handles. Both sets of doors open to reveal a fitted shelved interior with the whole being raised on a shaped apron and turned ebonised feet.

In excellent condition with an amazing natural colour and patina having been wax polished. Supplied with working keys for the doors and keys for the drawers.

The Mughals popularised furniture in India but the concept of conventional furniture was promoted through the influence of the Portuguese and the English East India Company after they entered our shores from 16th C onwards.

The Dutch & French were also influential in bringing about a revolution in cabinet making in the years to follow. As a result, a number of European styles combined with Indian motifs & designs came into being leading to the birth of fusion styles such as Anglo Indian, Indo Portuguese, Indo Dutch and so on.

Initially, the colonial masters made furniture by commissioning Indian carpenters under the supervision of their own expert cabinet-makers to make replicas of pieces that were used in their home countries.

The carpenters were allowed a slight bit of creative freedom to add Indian motifs to make the pieces look more ornamented. As you can see this cabinet is of Dutch influence with the Indian cabinet-maker adding his own motifs, the carved hands to the top and bottom of the columns being very much an Indian style along with the style of carving to the fronts of the drawers.

Satinwood and Ebony being a local timber, the Ceylonese cabinet-makers used these timbers with great affect as can be seen on this piece, with the cabinet being almost an exhibition piece, showing off their skills and local timbers.

Extremely popular in the 19th Century these items of furniture have carried on their popularity into the 21st Century. Sought after by collectors and interior designers this is a very rare and exceptional quality cabinet.