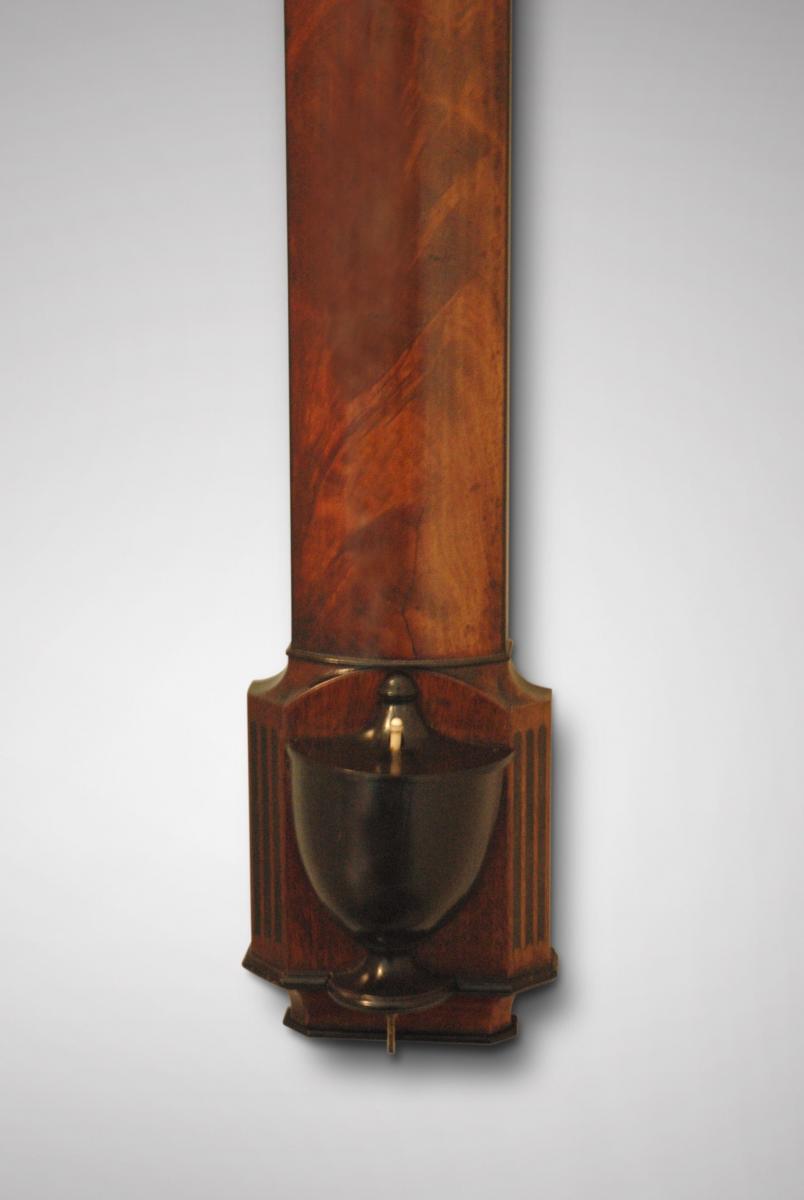 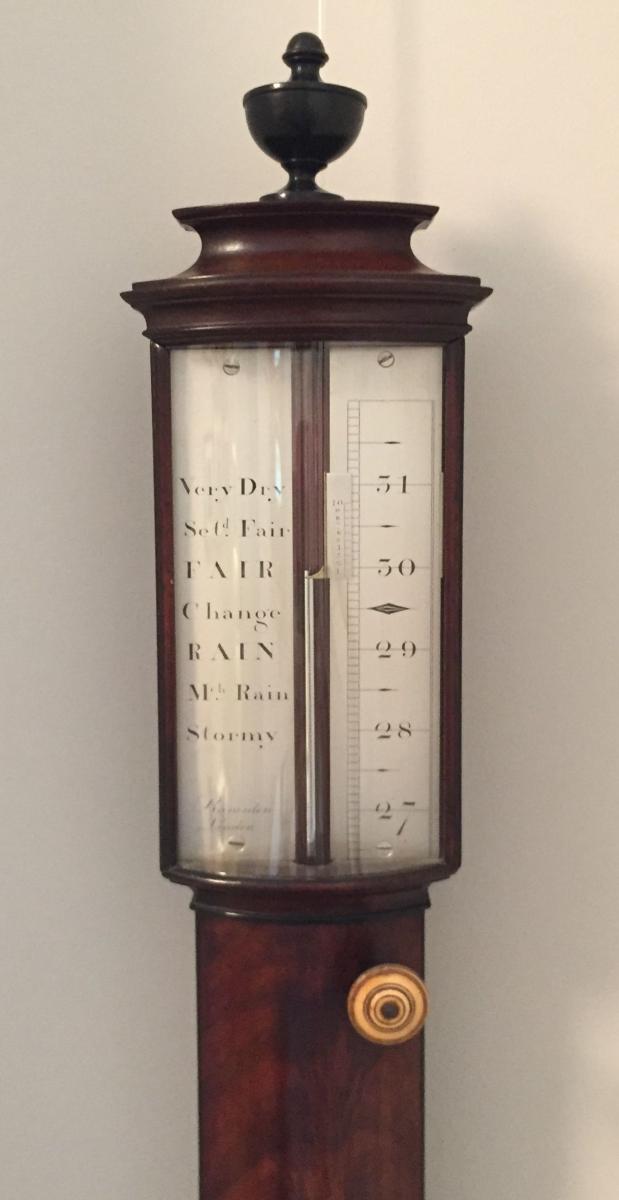 COMPARATIVE LITERATURE:
Nicholas Goodison, English Barometers 1680-1860, Antique Collectors' Club, 1977, pp.222-225.
An optical instrument maker of international repute and one of the finest barometer makers of his day, Jesse Ramsden (1735-1800) occupied premises at 199 Piccadilly during the period 1772-1800. His workshop was one of the largest in London, employing some fifty people.

Jesse Ramsden was responsible for two scientific improvements to the barometer: one was the use of an ivory pointer above the cistern to mark a scale zero as later suggested by Fortin; the second was an attempt to get a better reading from the curved surface on the top of the mercury column.

Ramsden was acknowledged to be the most skillful and capable instrument maker of the eighteenth century. He developed techniques that permitted him to increase greatly the precision of astronomical, surveying, and navigational equipment.

He was the son of a Halifax innkeeper and the great-nephew of Abraham Sharp, mathematician, instrument maker, and assistant to the Astronomer Royal, John Flamsteed. Ramsden’s education included three years at the Halifax free school and four years’ study of mathematics under the Reverend Mr. Hall. He was apprenticed at sixteen to a clothworker in Halifax. In 1755, upon finishing this service, he moved to London, where he worked as a clerk in a cloth warehouse. In 1758 he apprenticed himself to the mathematical instrument maker Burton. Ramsden opened his own shop in the Haymarket in 1762, moving to larger quarters at 199 Piccadilly in 1775. His great skill brought him commissions from the foremost practitioners of the period, including J. Sisson, J. Adams, J. Dollond, and E. Nairne. In 1765 he married Dollond’s youngest daughter and for her dowry received a share of Dollond’s patent on achromatic lenses.

In 1774 Ramsden published Description of a New Universal Equatorial Instrument, which improved on the design of Short’s portable telescope mounting. Ramsden’s mounting was quickly accepted and served to enhance his growing reputation. A passion for precision was the motivating force behind Ramsden’s development of the dividing engine, his greatest contribution to the technology of the era. His first machine, built around 1766, produced only moderate improvement in the accuracy he sought, but the machine constructed in 1775 reduced the error to less than one-half second of arc as compared to the three seconds of arc of the first machine. This achievement earned him a grant from the Commissioners of the Board of Longitude in 1777.

Ramsden’s shop grew until the staff numbered about sixty workmen. At no time, however, did he permit the quality of his output to diminish. By 1789 he had produced some one thousand sextants, as well as theodolites, micrometers, balances, barometers, and the many philosophical instruments required by the physicists of the period. It appears that the demand far exceeded his capacity for production. In 1784 William Roy, who was conducting the trigonometric survey that linked England with the Continent, ordered a three-foot-diameter theodolite from Ramsden, who took three years to complete it.

Ramsden also supplied many of the observatories of Europe with new achromatic telescopes equipped with accurately divided circles. The altazimuth instrument he built for Piazzi for the observatory at Palermo was equipped with a five-foot-diameter vertical circle. Its graduations were read by means of the micrometer microscope that Ramsden had developed. This instrument was completed in 1789, only a year late, probably because Piazzi personally expedited the project.

Ramsden was elected fellow of the Royal Society on 12 January 1786, and in 1794 he was made a member of the Imperial Academy of St. Petersburg. The Royal Society awarded him the Copley Medal (1795) for “various inventions and improvements in philosophical instruments.”