The Falls of Niagara 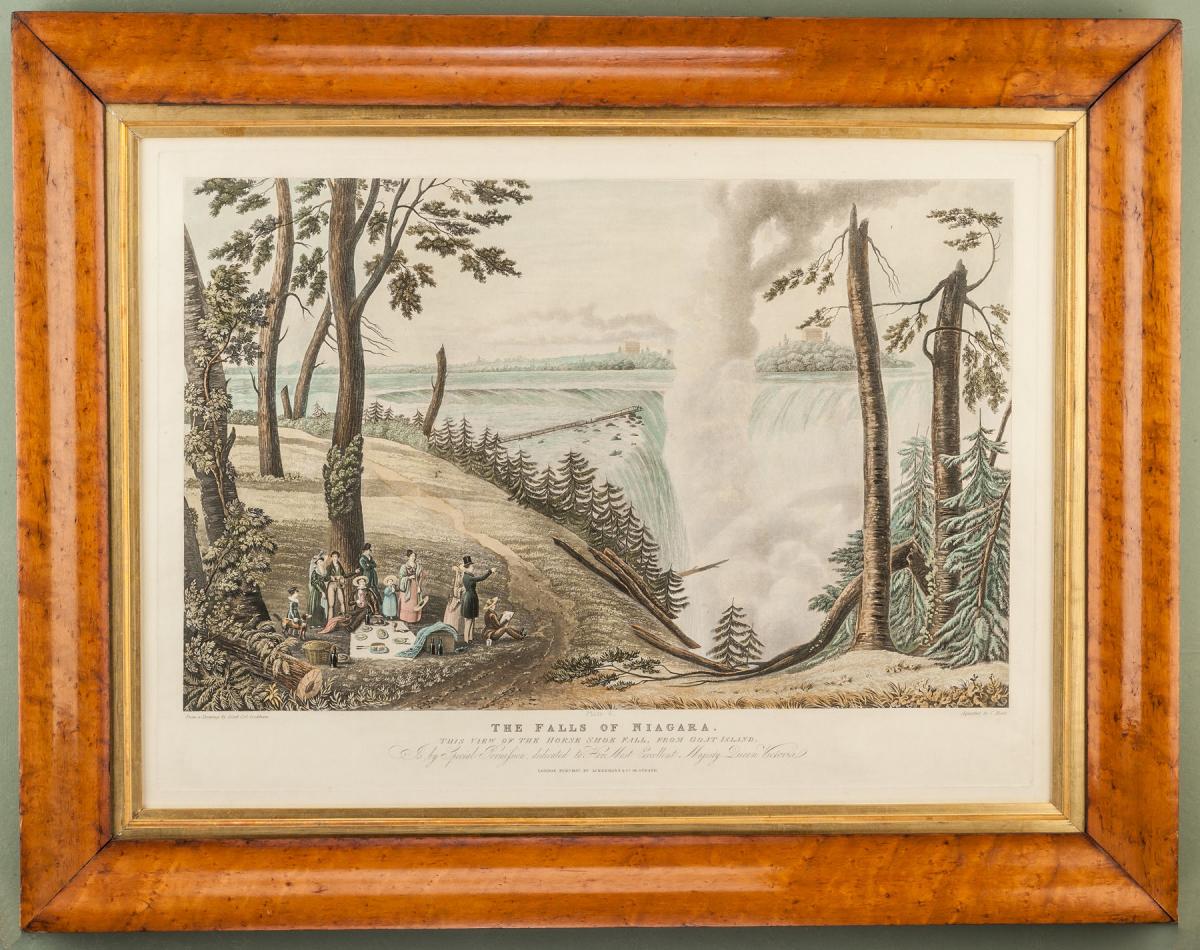 'The Falls of Niagara. This View of the Horse Shoe Fall, From Goat Island.'

Aquatint with extensive hand-colouring, published by Ackermann & Co., London, in 1833.

Within a fine bird's-eye maple moulding frame with gilt slip.

Cockburn had a long military career which took him to many parts of the world, including two periods in Canada. His second posting there lasting from April 1826 to August 1832, and proving particularly productive. Many works from this "mature" period cover subjects from both Upper Canada and Lower Canada, with Niagara Falls producing some of the finest work. Cockburn was born into a military family and received his military training at the Royal Military Academy, Woolwich. He finished his career as the director of the laboratory of the Royal Arsenal holding the rank of Major-General.