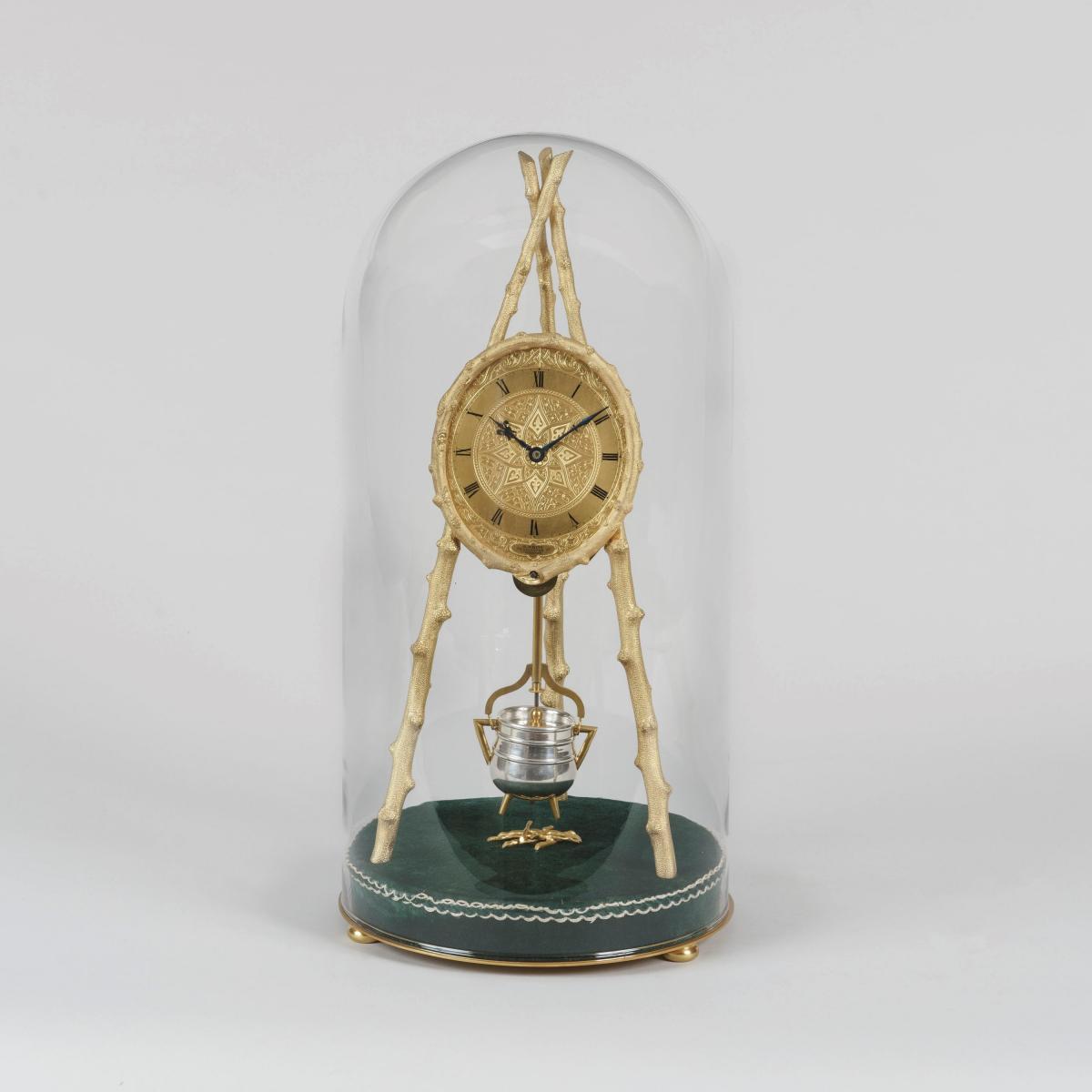 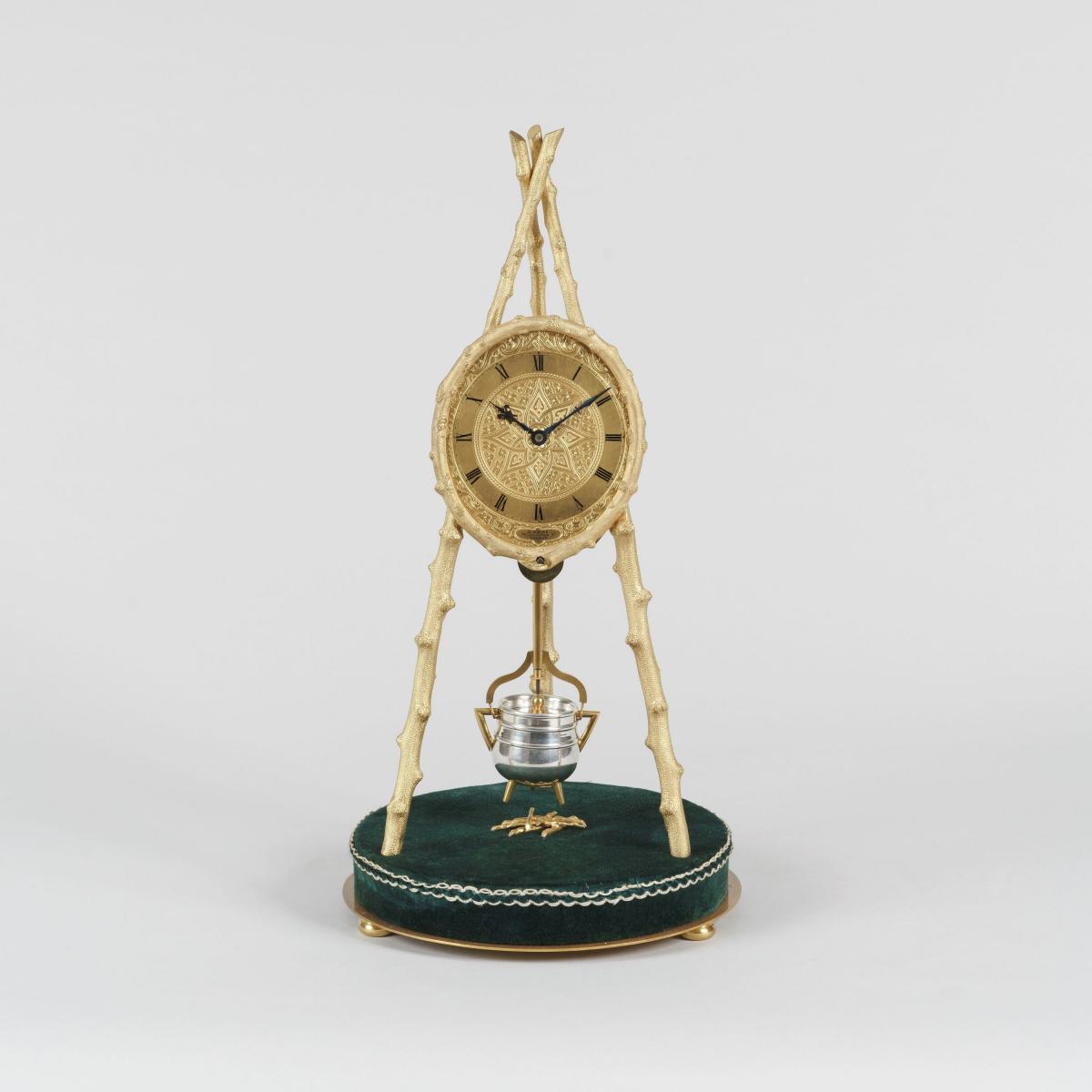 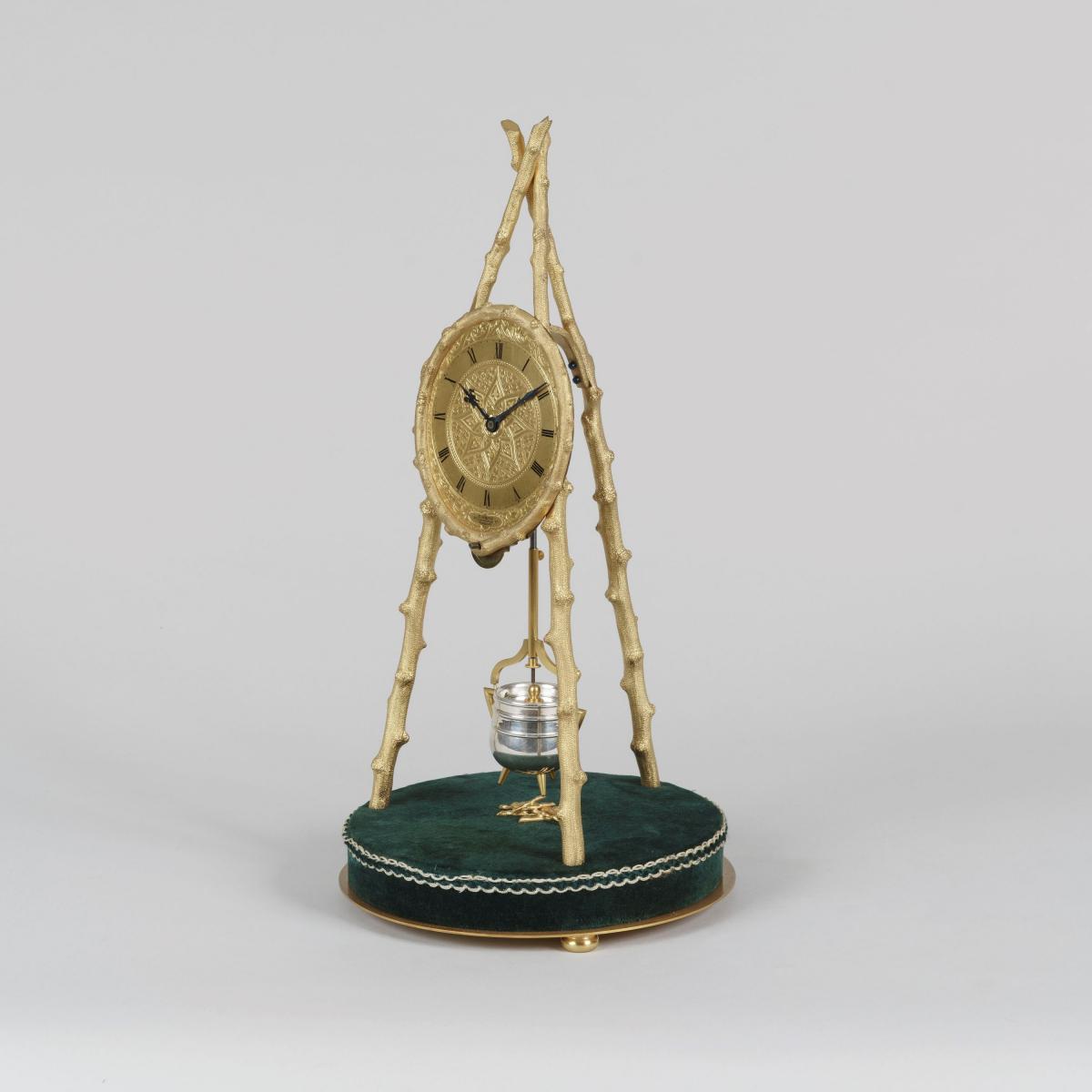 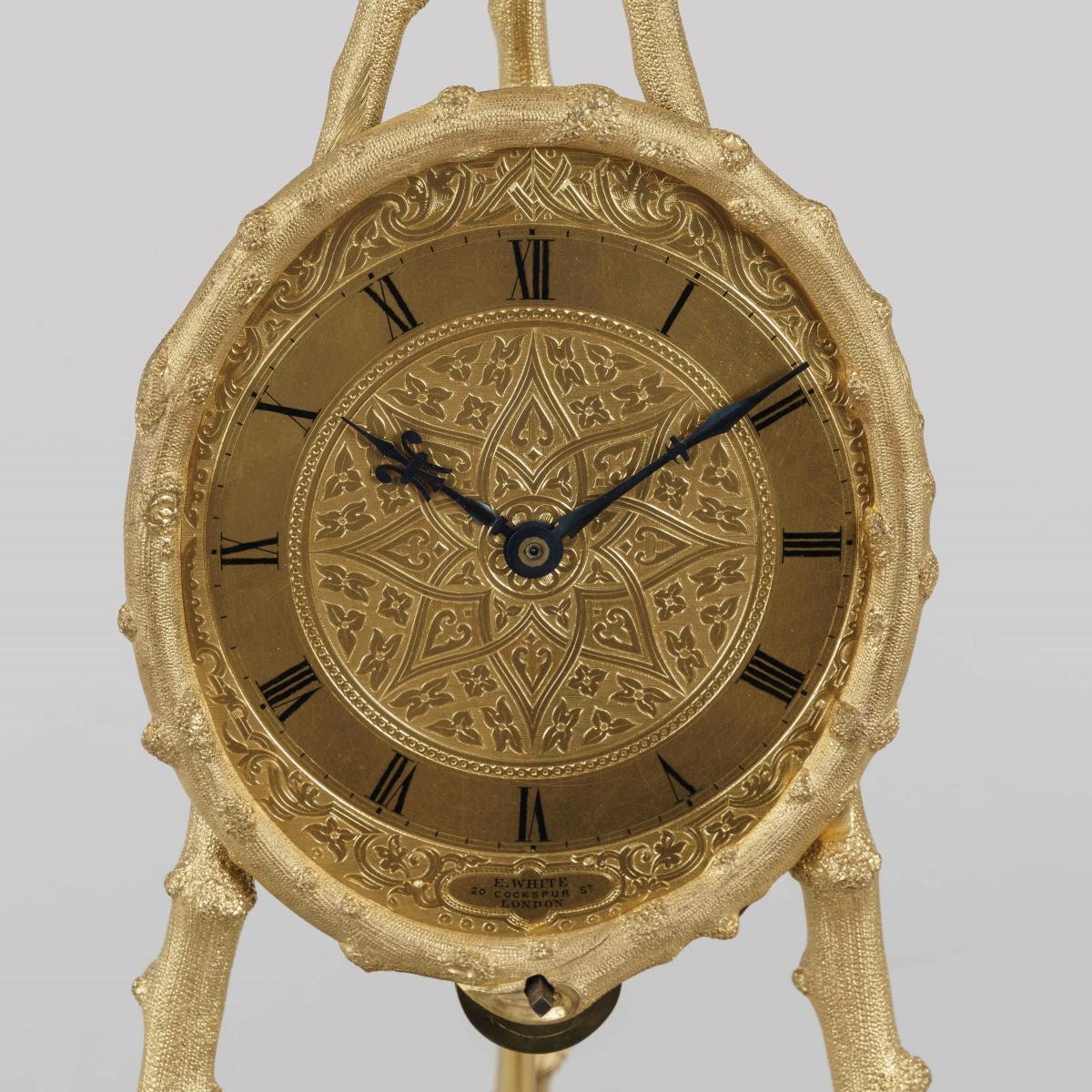 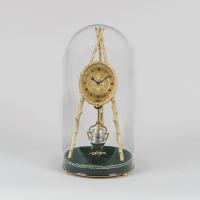 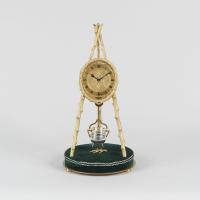 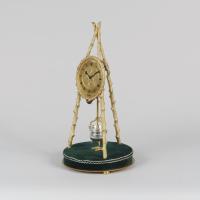 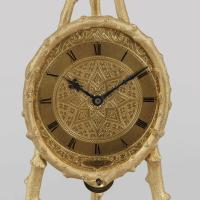 The circular green velvet-clad base supporting three equidistantly spaced brass imitation logs, from which the clock and its mechanism are suspended; housed within a brass bezel conformingly styled as naturalistic logs, the circular etched and engraved gilt dial with elegant blued steel hands, marked at 6 o'clock "E. White, 20 Cockspur St, London", having the hours marked in Roman numerals; the tapered two-tier movement has a six wheel train with five-spoke crossings between spotted plates, the upper section fixed by blued steel screws to the backplate, enclosing a Brocot-style deadbeat escapement incorporating rubies and train to the centre wheel, the pendulum of most unusual design styled as a lidded cauldron over a simulated fire. Complete with a glass dome and key. The front plate numbered “1637.”
London made, Circa 1861

Son of Thomas Cole Snr, a Somerset clockmaker, his history and works are fully recorded in 'Thomas Cole & Victorian Clockmaking' by John B. Hawkins, published 1975, in Sydney. Known as a specialist in making decorative timepieces of the highest quality, Cole exhibited at the Great Exhibition at the Crystal Palace in 1851; he warranted an 'honourable mention' in the Paris Exhibition of 1855 and the London 1862 Exposition International, where he was awarded a medal for 'excellence of taste and design'.

Hawkins discuss Thomas Cole's tripod clocks with great detail, estimating that no more than 75 of these were made. With reference to this particular design, the author suggests it may have been exhibited at the 1862 London Exhibition.