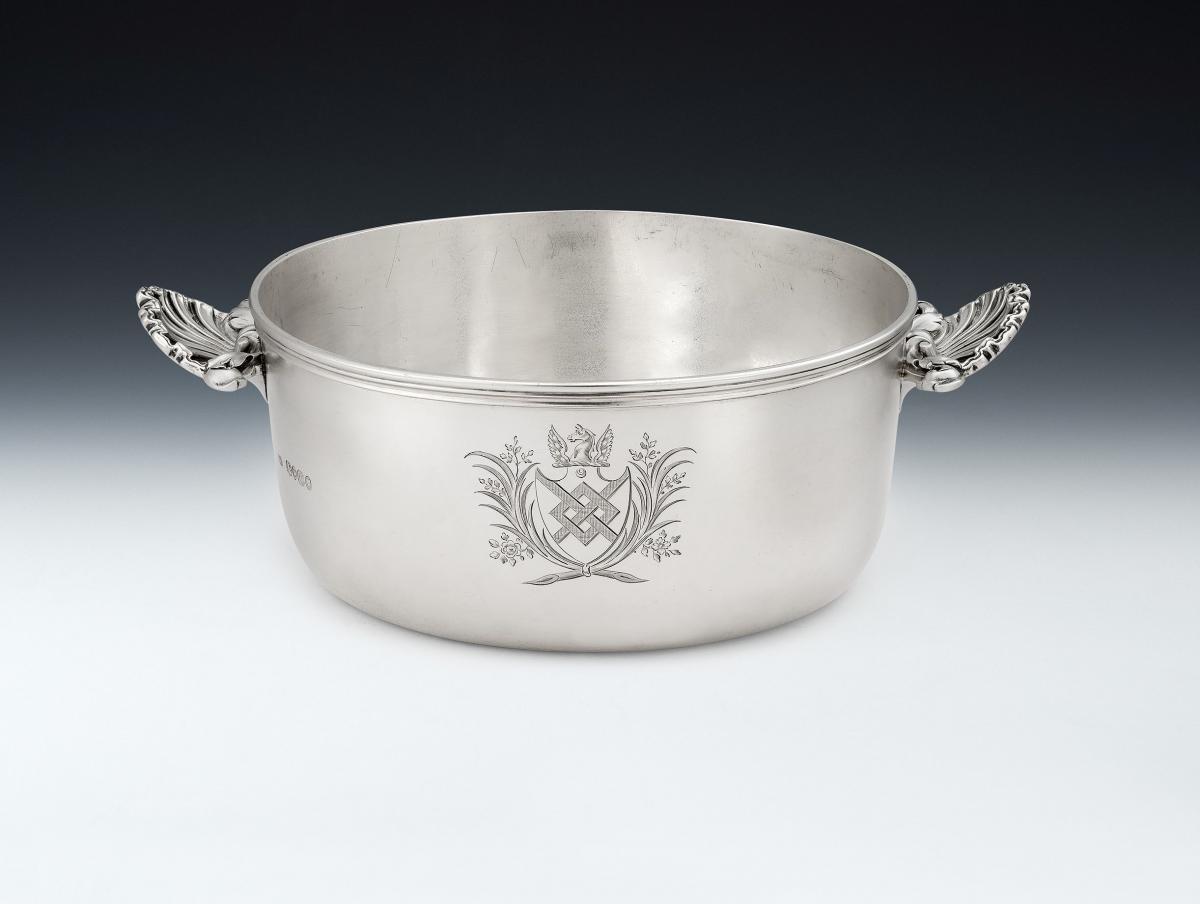 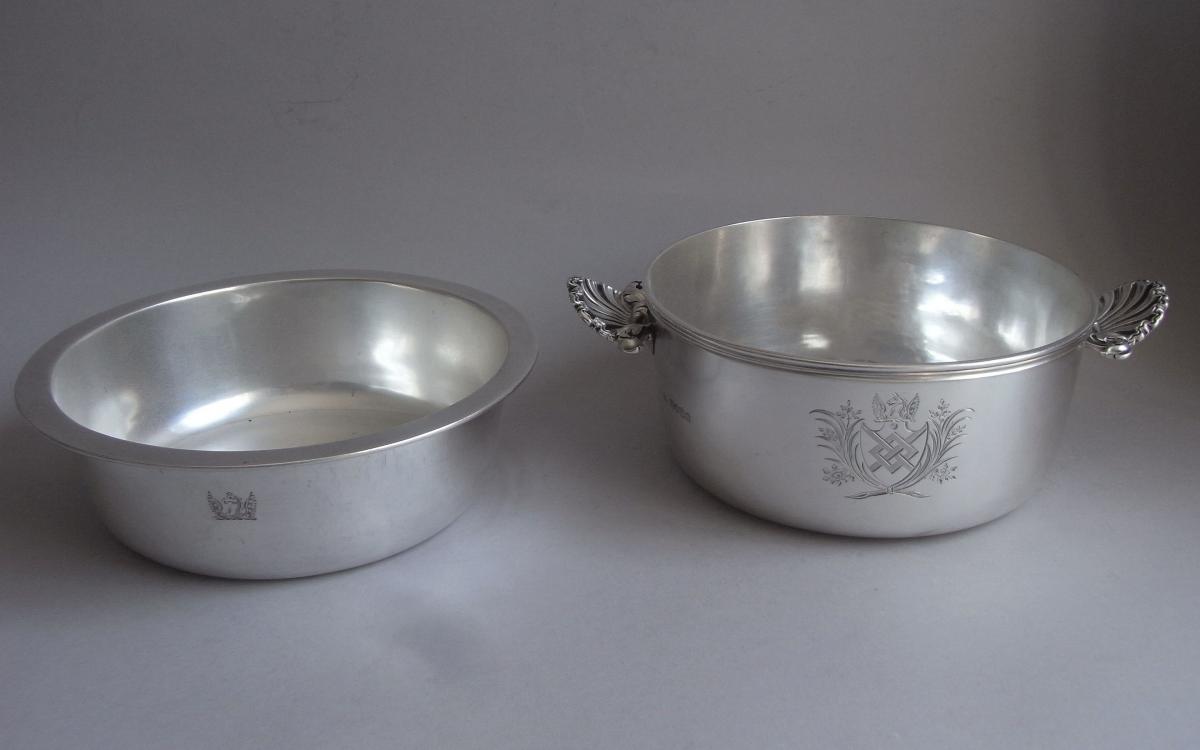 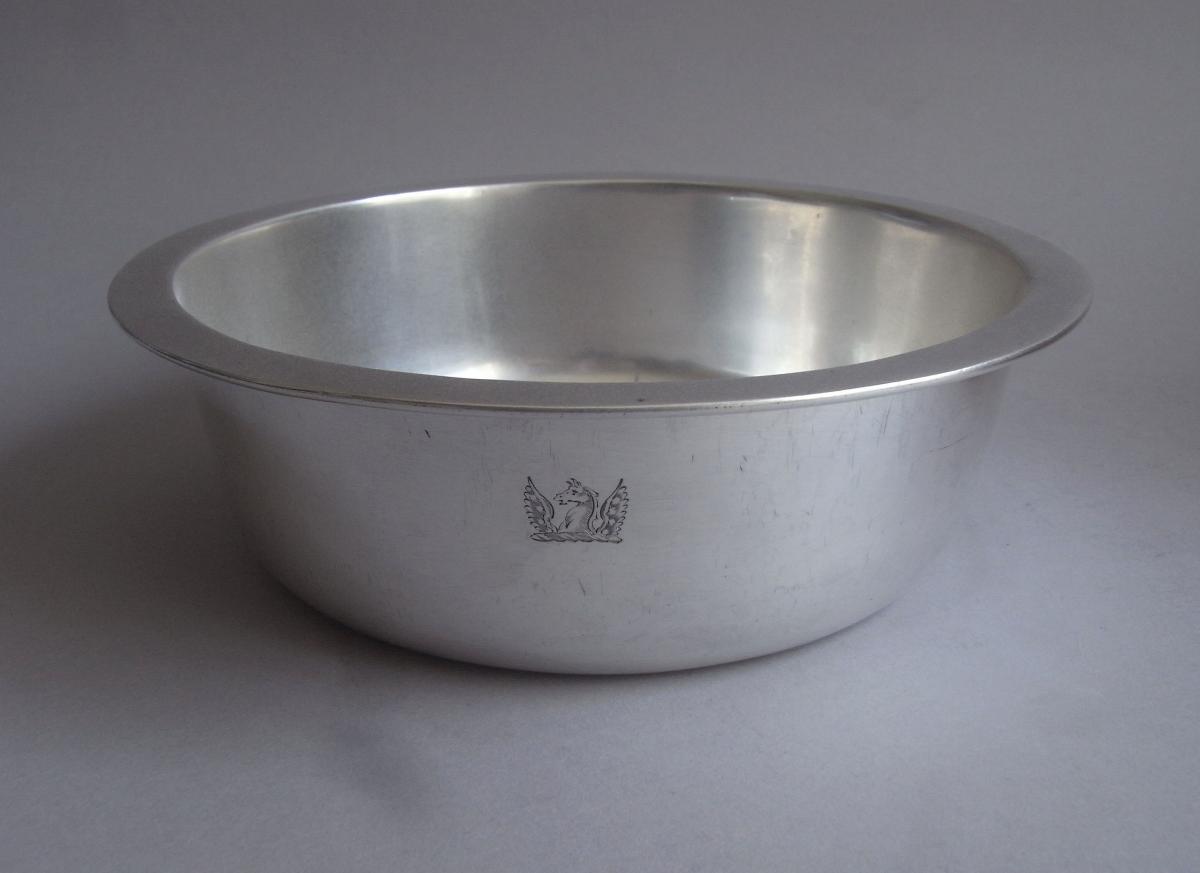 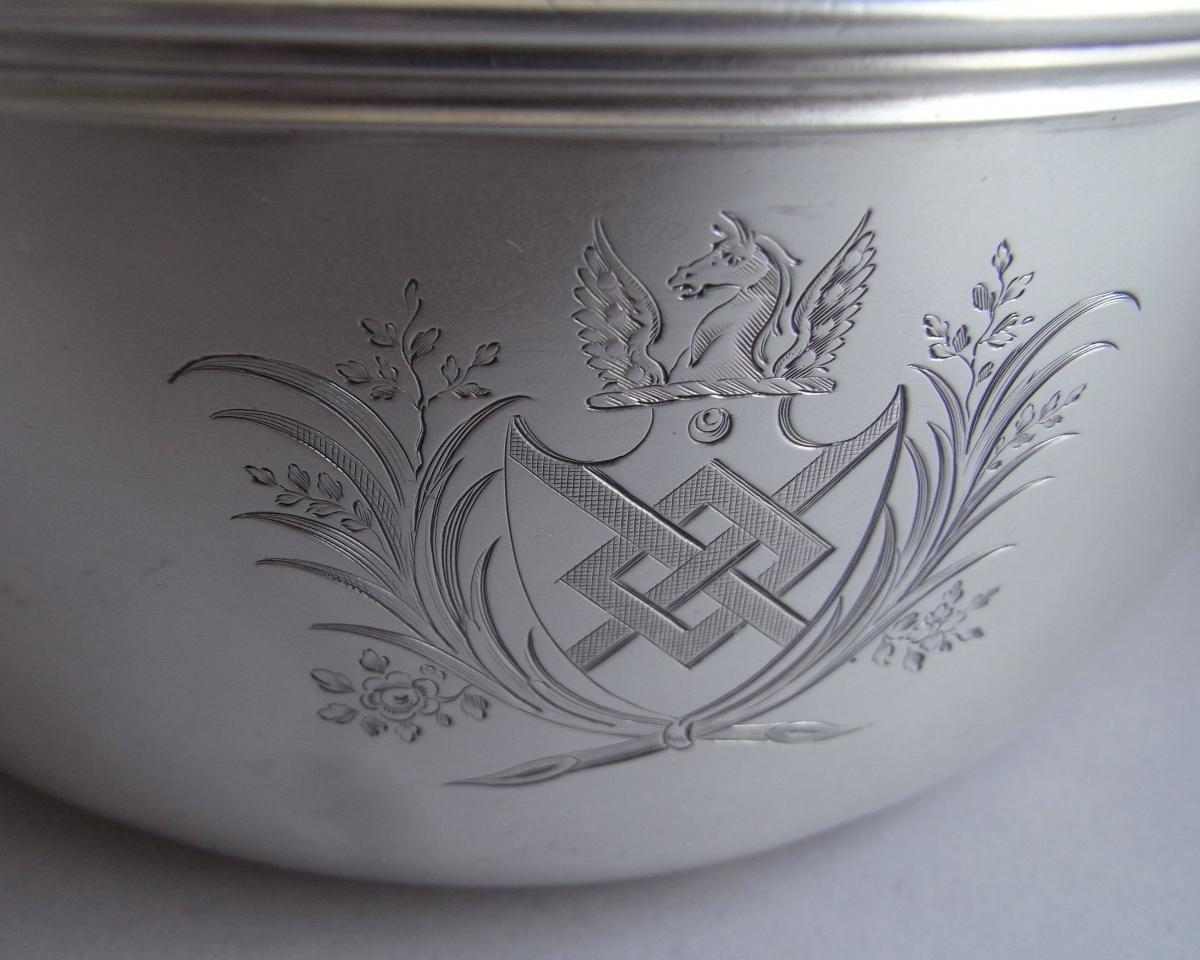 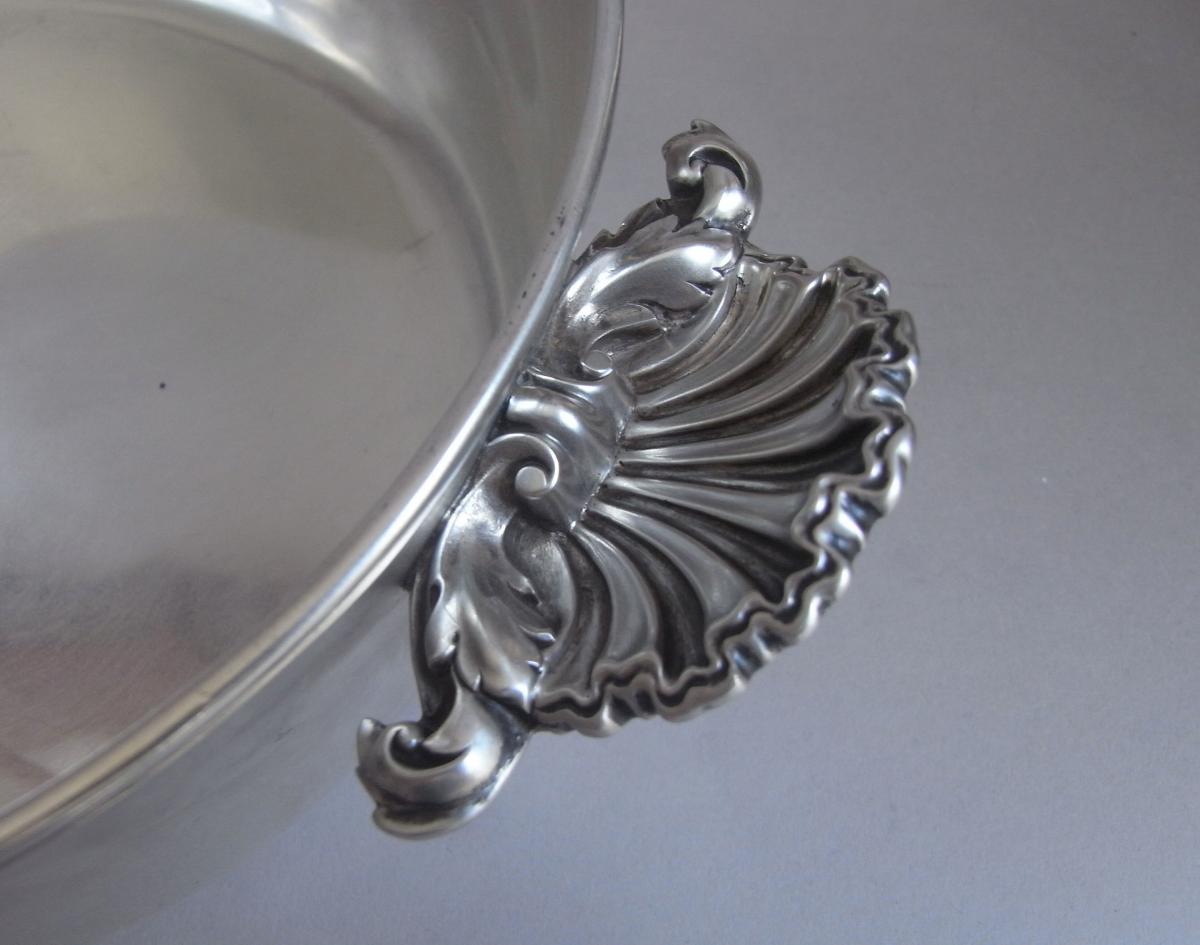 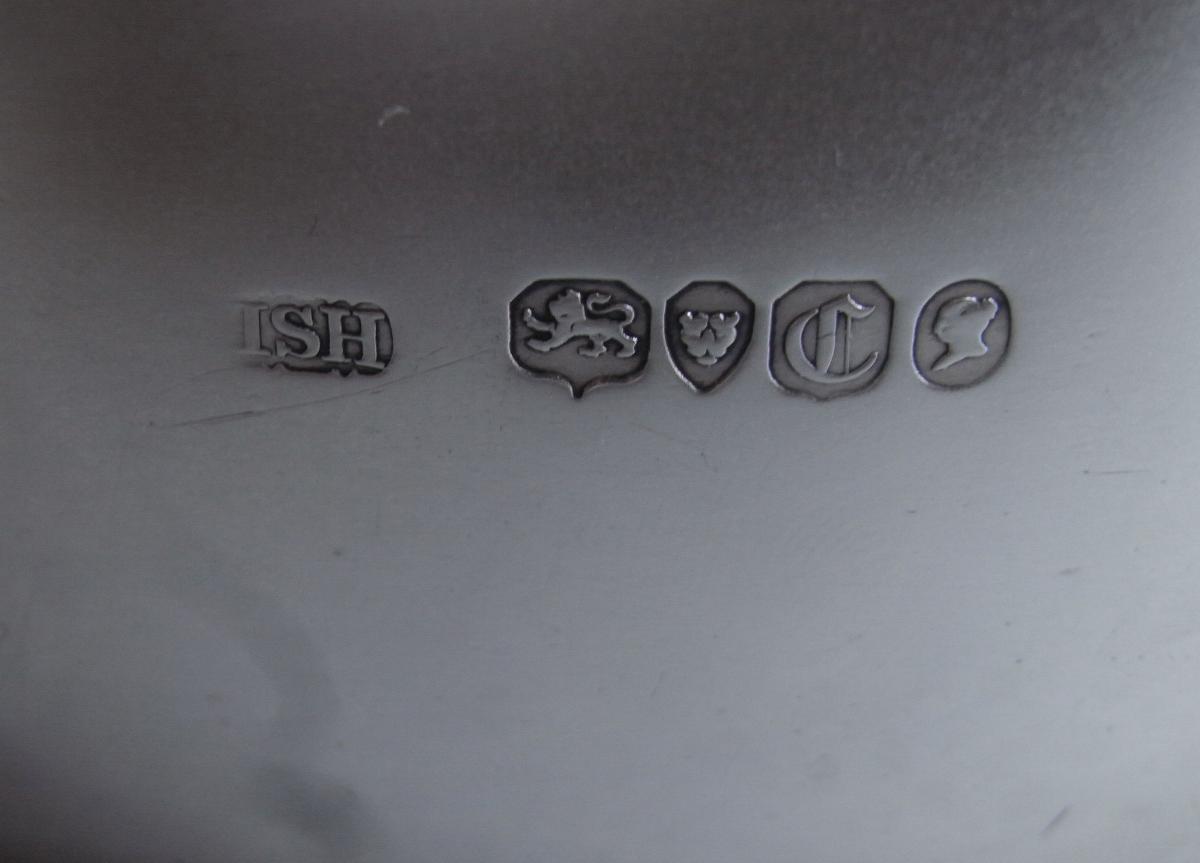 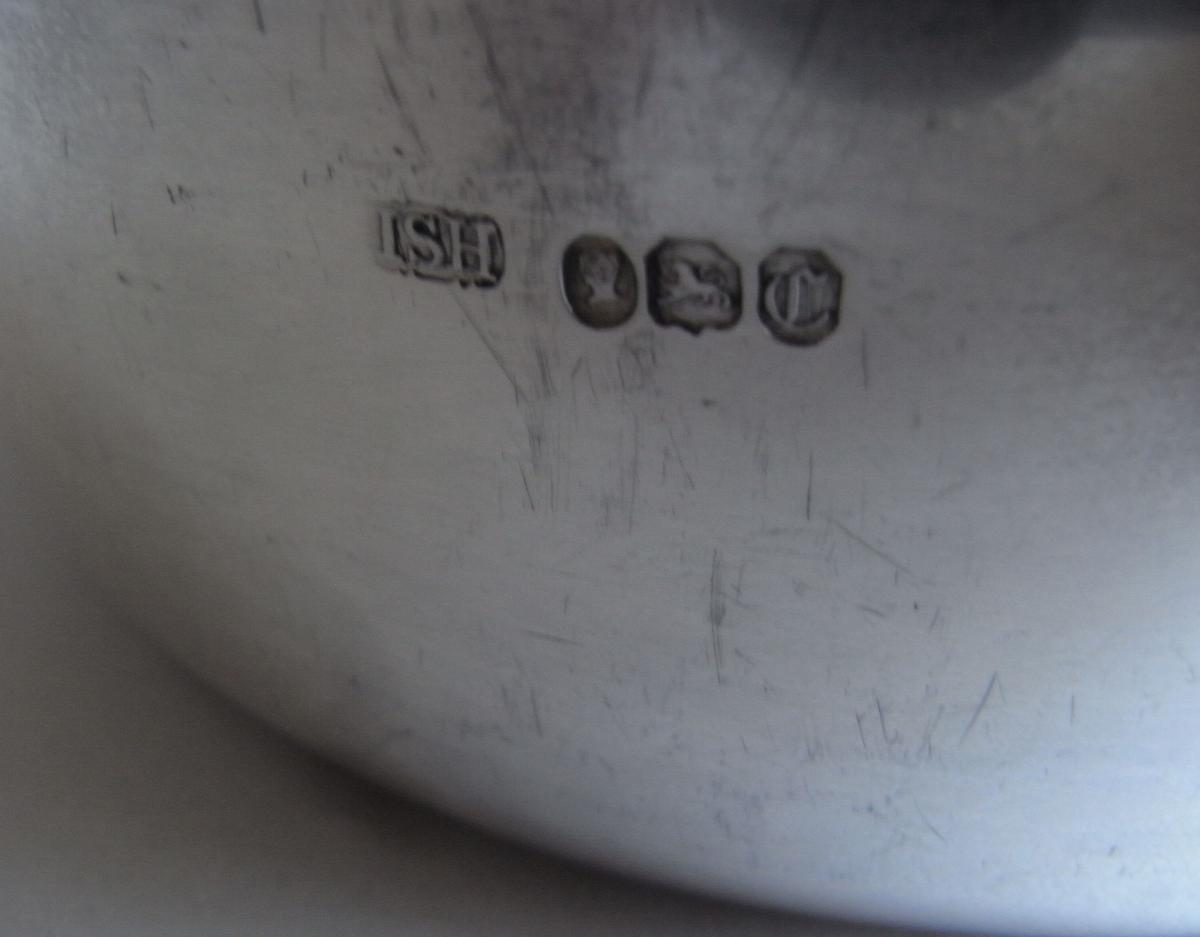 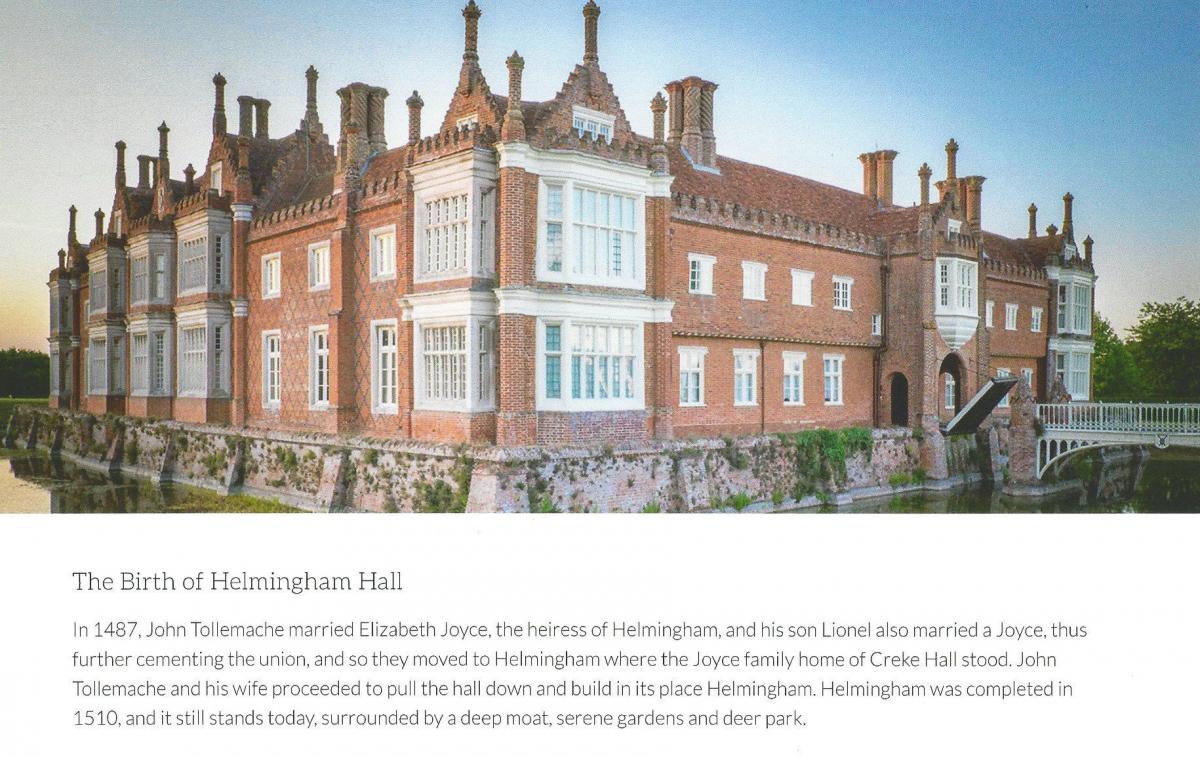 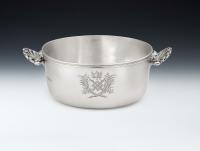 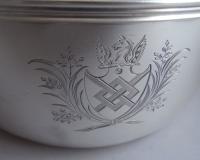 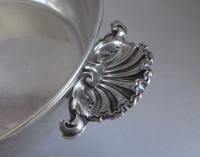 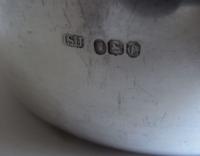 The Souffle Dish is circular in form with a raised everted rim decorated with reeding. This example has two very unusual and finely detailed raying shell side handles, flanked by acanthus leaves. The front of the main body is engraved with a contemporary Armorial, with Crest above, all surrounded by a crossed branch and floral sprig cartouche. The interior silver liner also has an everted rim and is engraved with a contemporary Crest.

These dishes are rare as few were made during this period. The Souffle would have been cooked in the silver liner and then placed in the outer dish to be served at the table. As well as being used for cooking souffles, this piece could also be used for serving a variety of other foods as you have, in essence, two serving dishes. This is the first time we have seen this design of souffle dish and the quality of design and production is exceptional.

He died in 1837, so one can well assume that the arms on this dish are those of his son and heir John Jervis Tollemache. He was born in 1805, was M.P. for South Cheshire 1841-68, and also magistrate for that county. Besides Helmingham he was the largest landowner in Cheshire and owned the Tilstone Hall estate in Cheshire. He married, firstly, his cousin Georgina and in 1876 was eventually created 1st Baron Tollemache of Helmingham. He died in 1890.

John Samuel Hunt, 1785-1865, was a prominent English silversmith. He ran Hunt & Roskell, a firm of silversmiths and jewellers to Queen Victoria, that was based in Bond Street in London. The firm was founded by Paul Storr in 1819 and initially traded as Storr & Co, later Storr & Mortimer, Mortimer & Hunt and finally Hunt & Roskell. John Samuel Hunt had assisted Storr from the start and continued as a partner in the firm until his death in 1865. He was succeeded by his son, John Hunt.