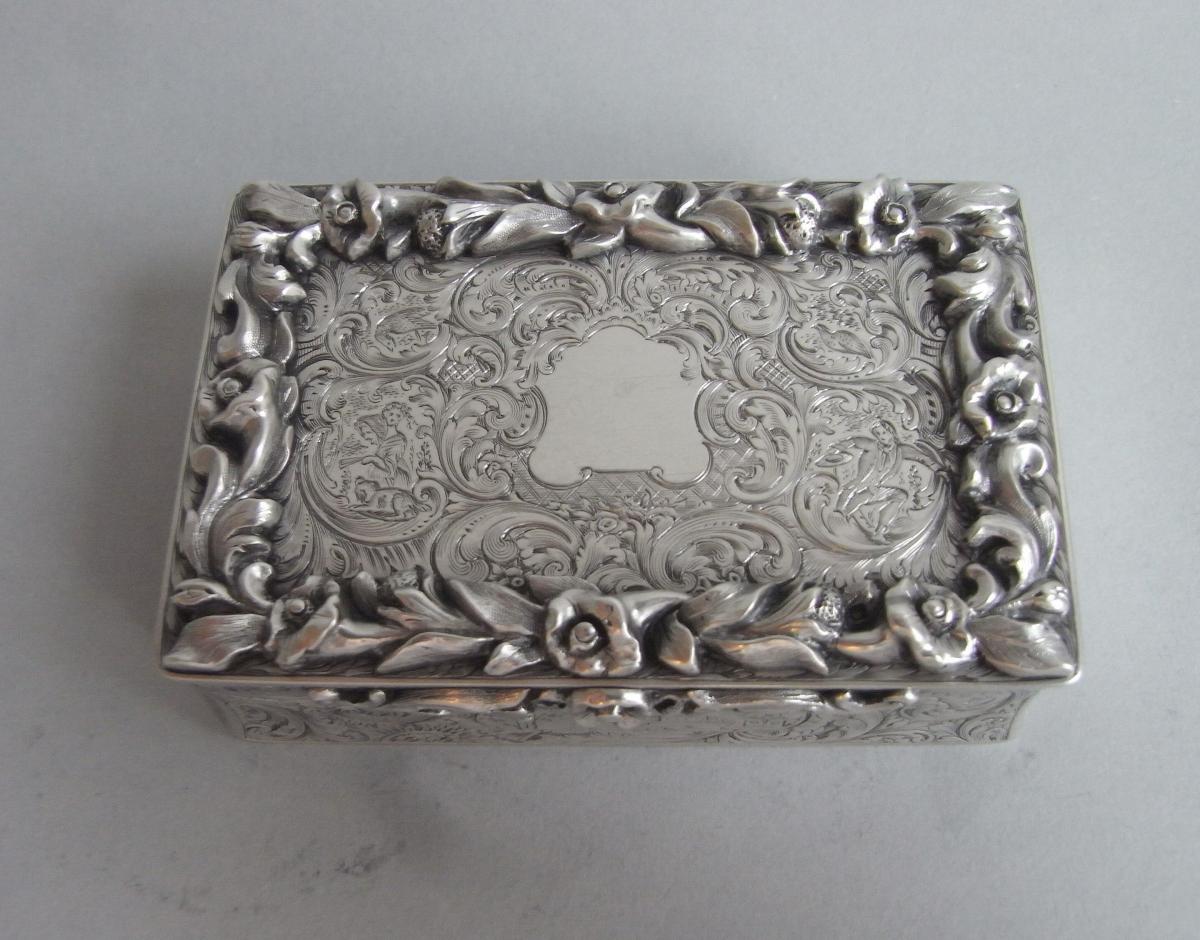 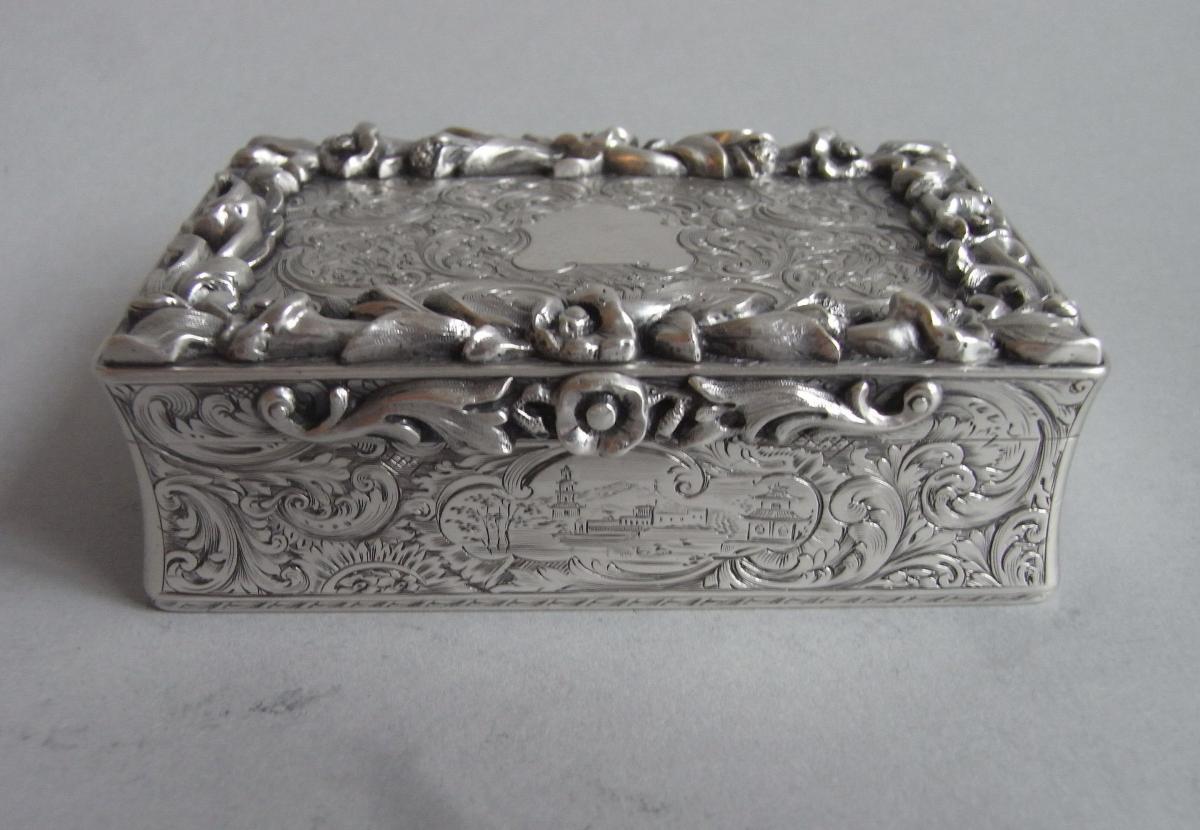 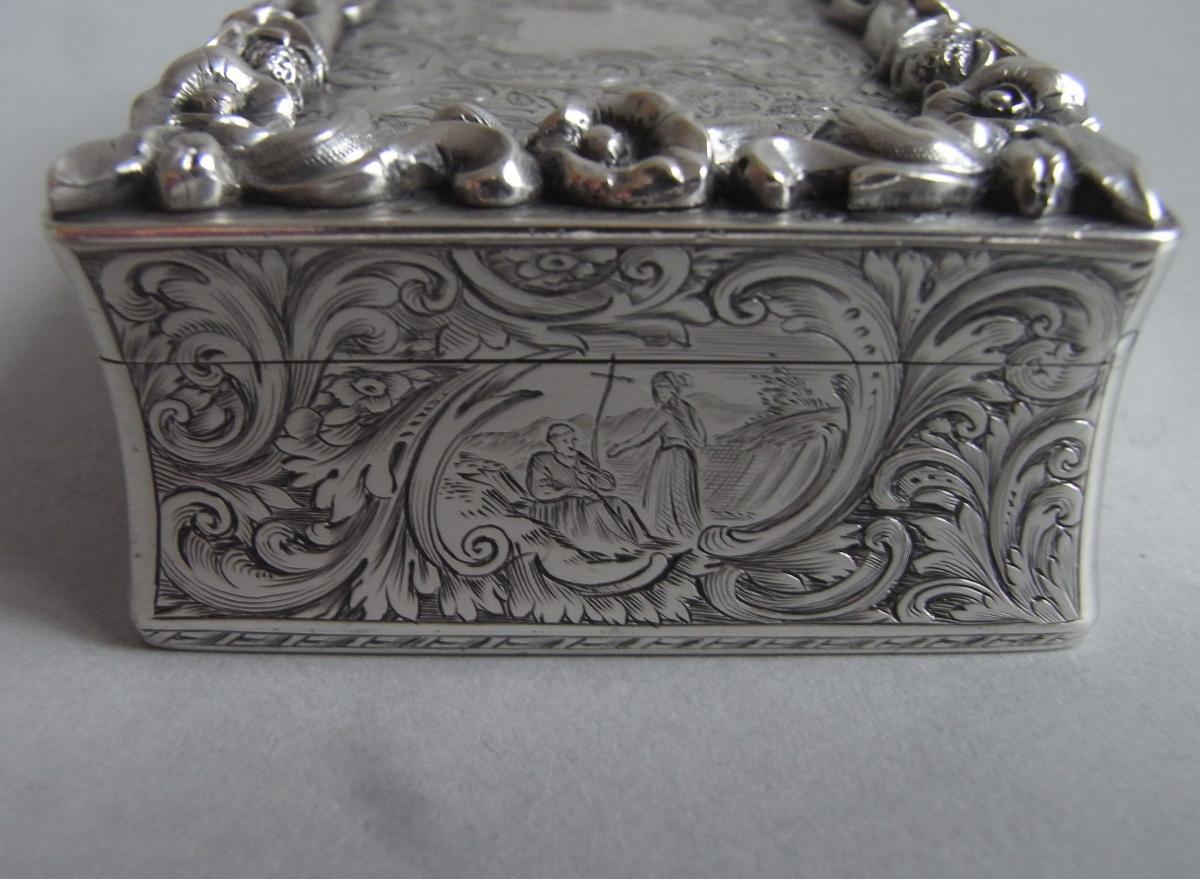 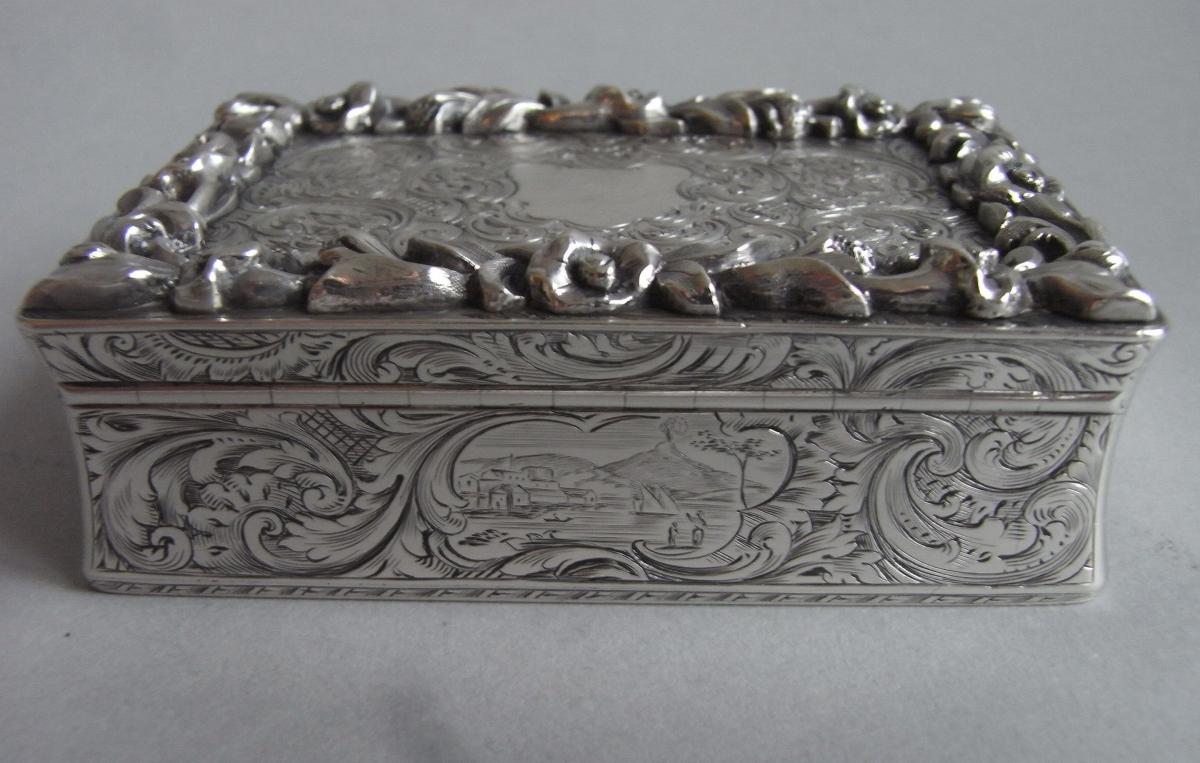 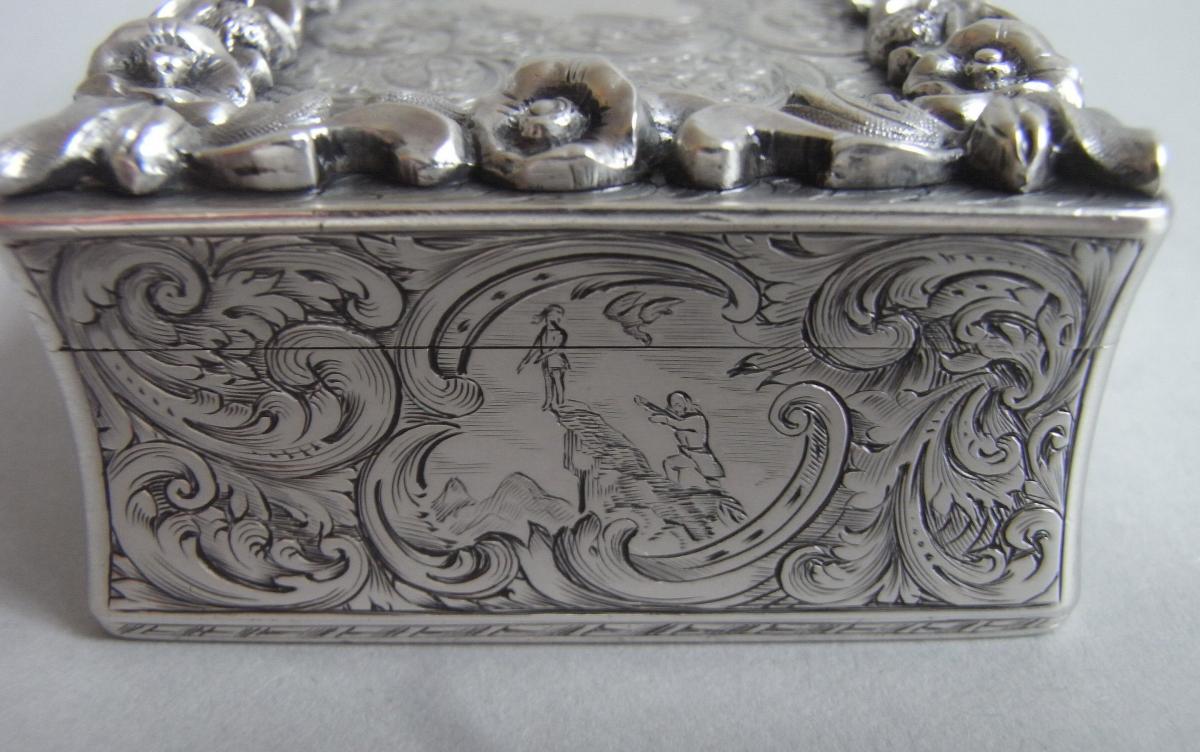 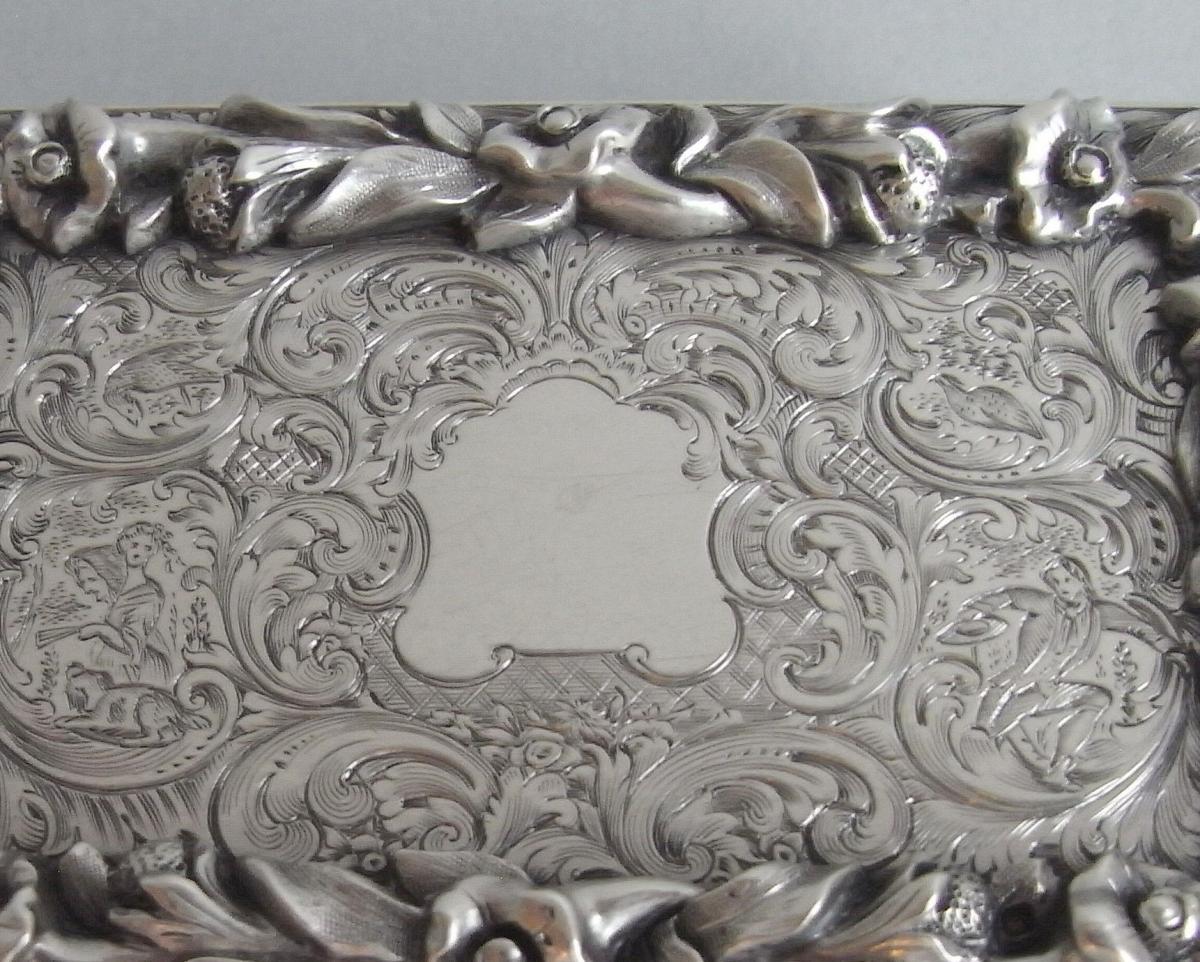 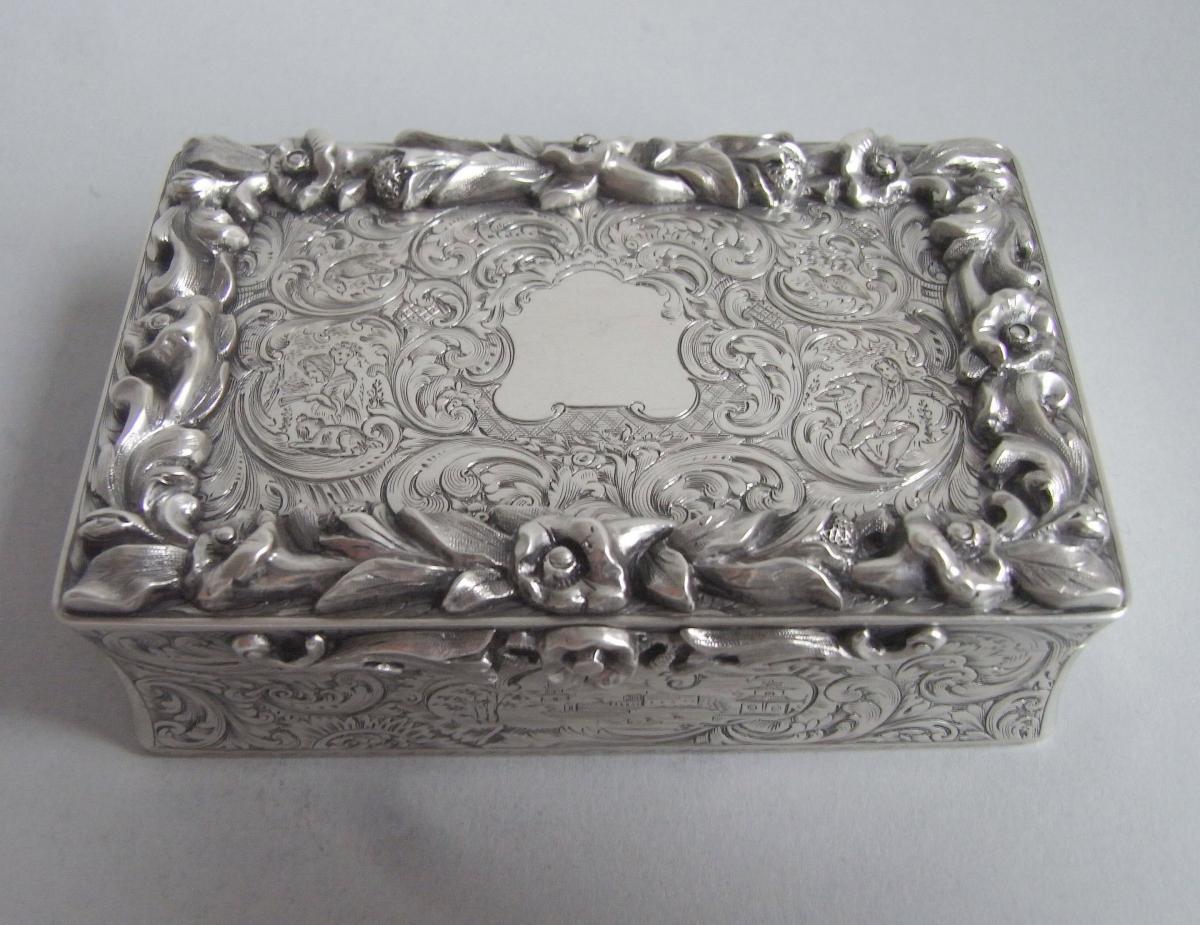 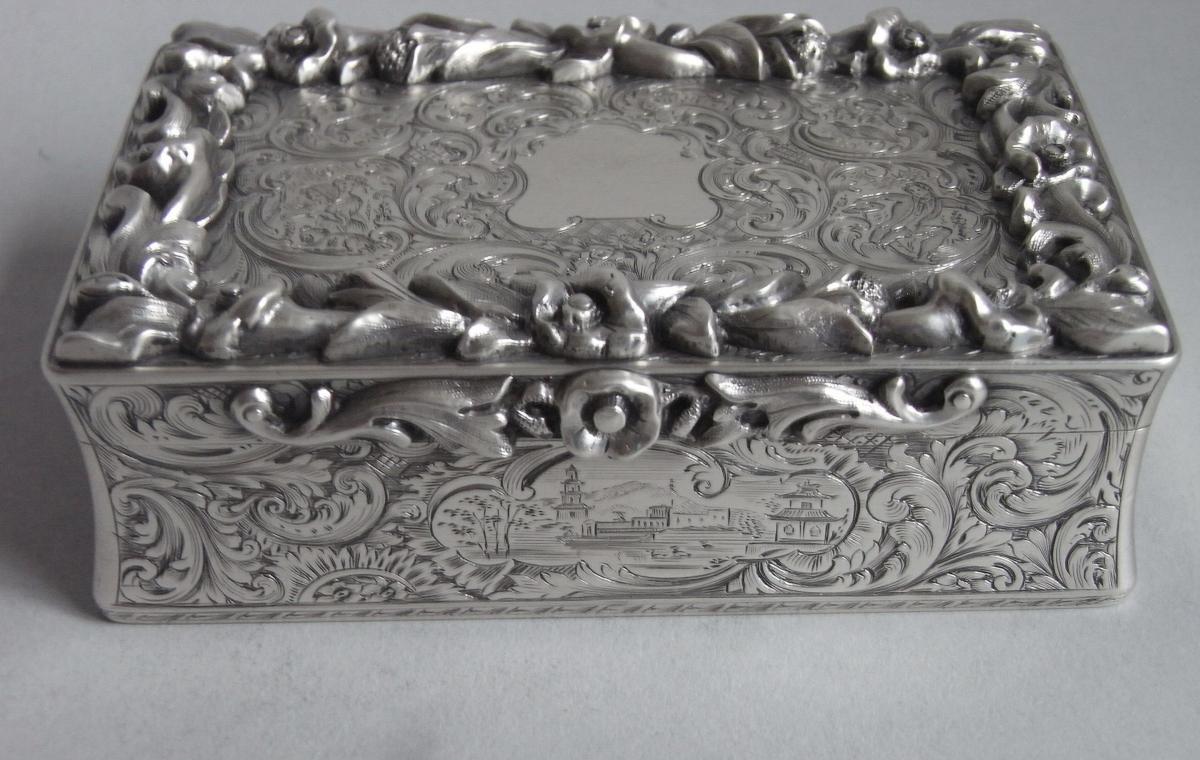 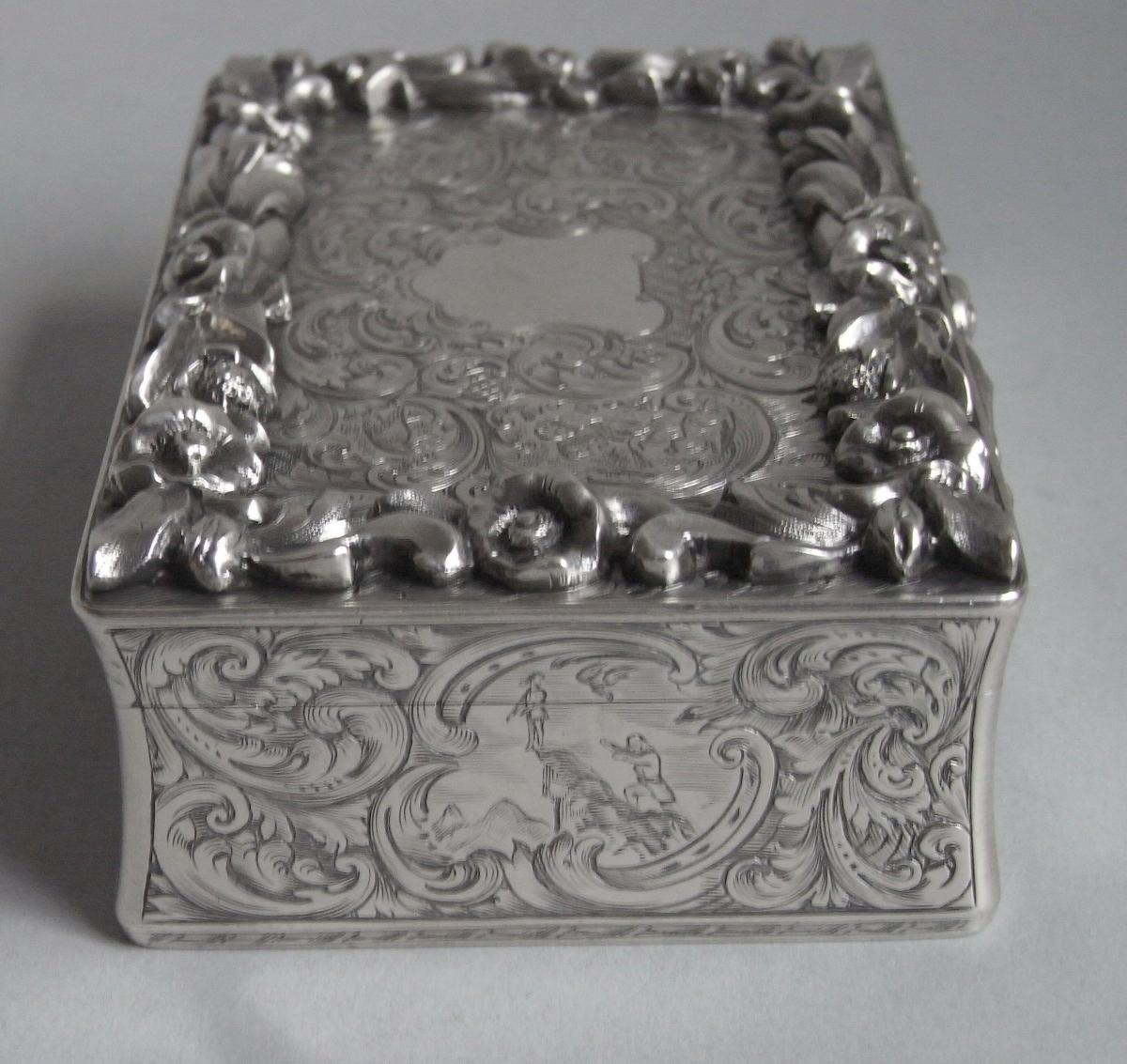 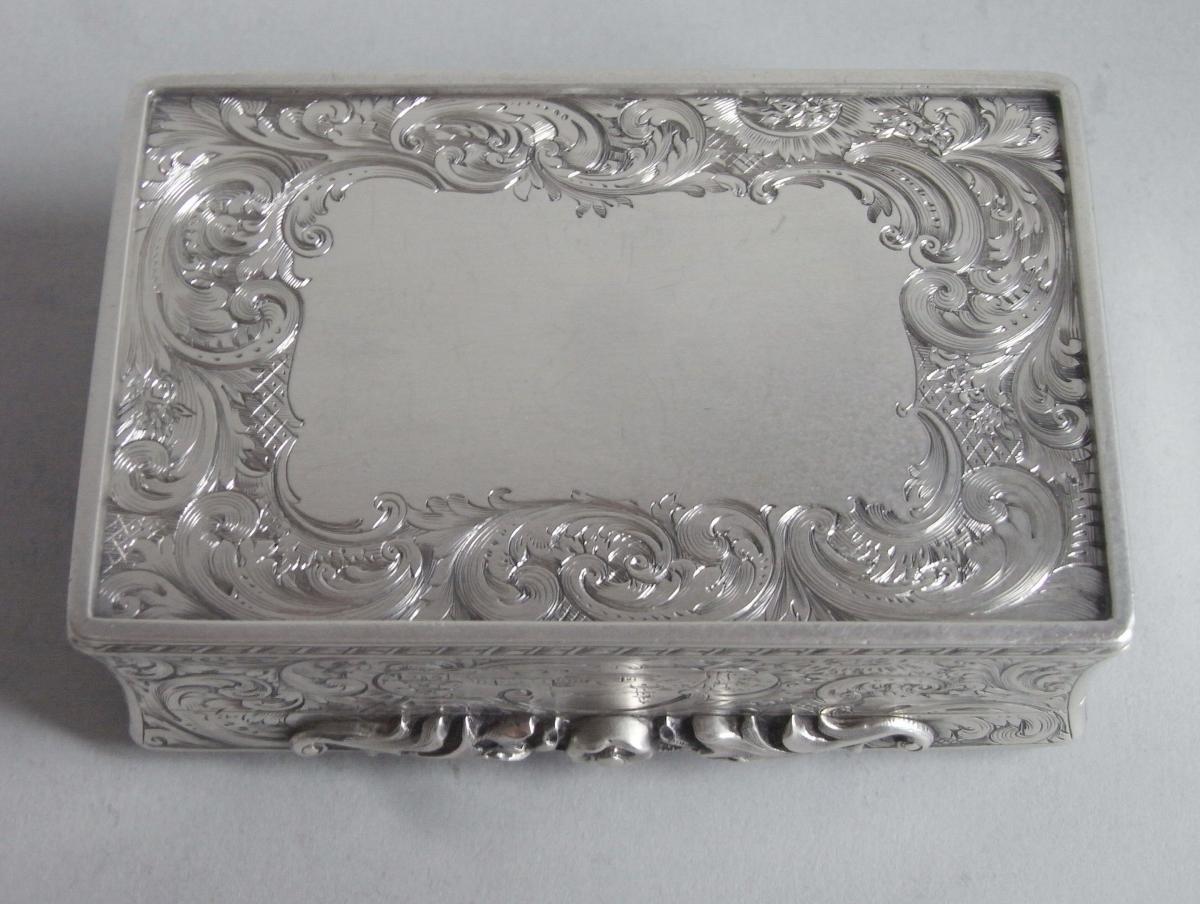 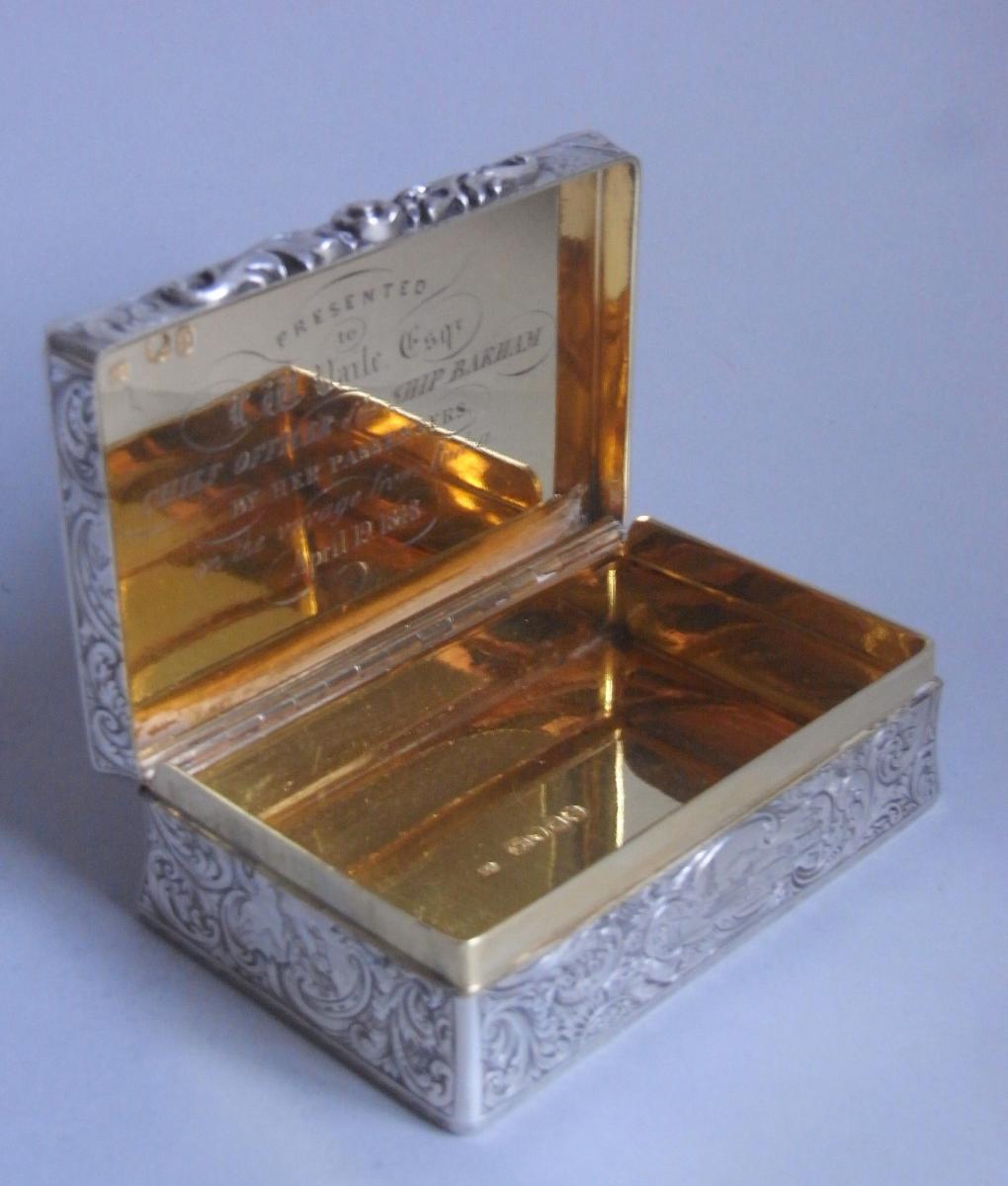 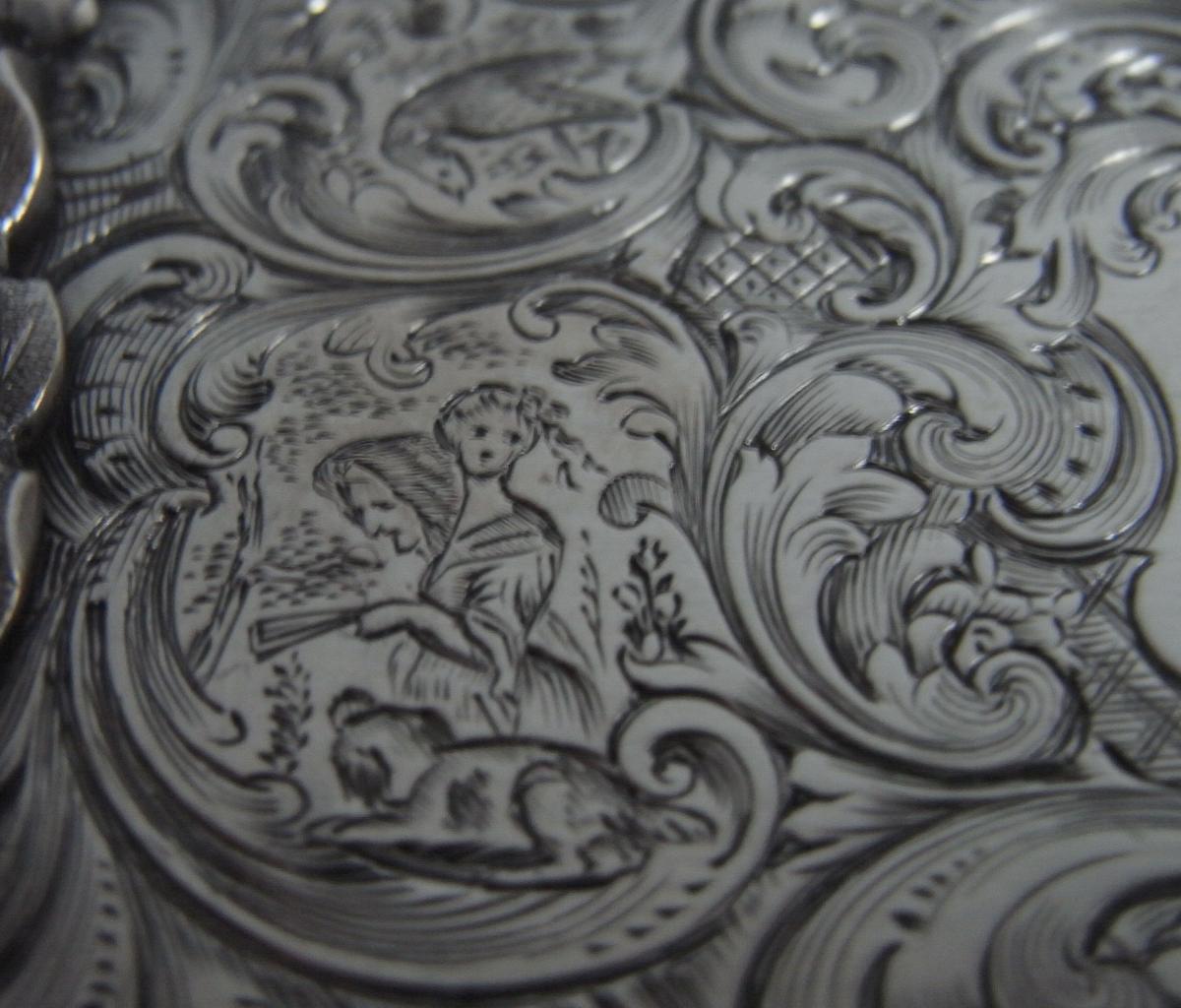 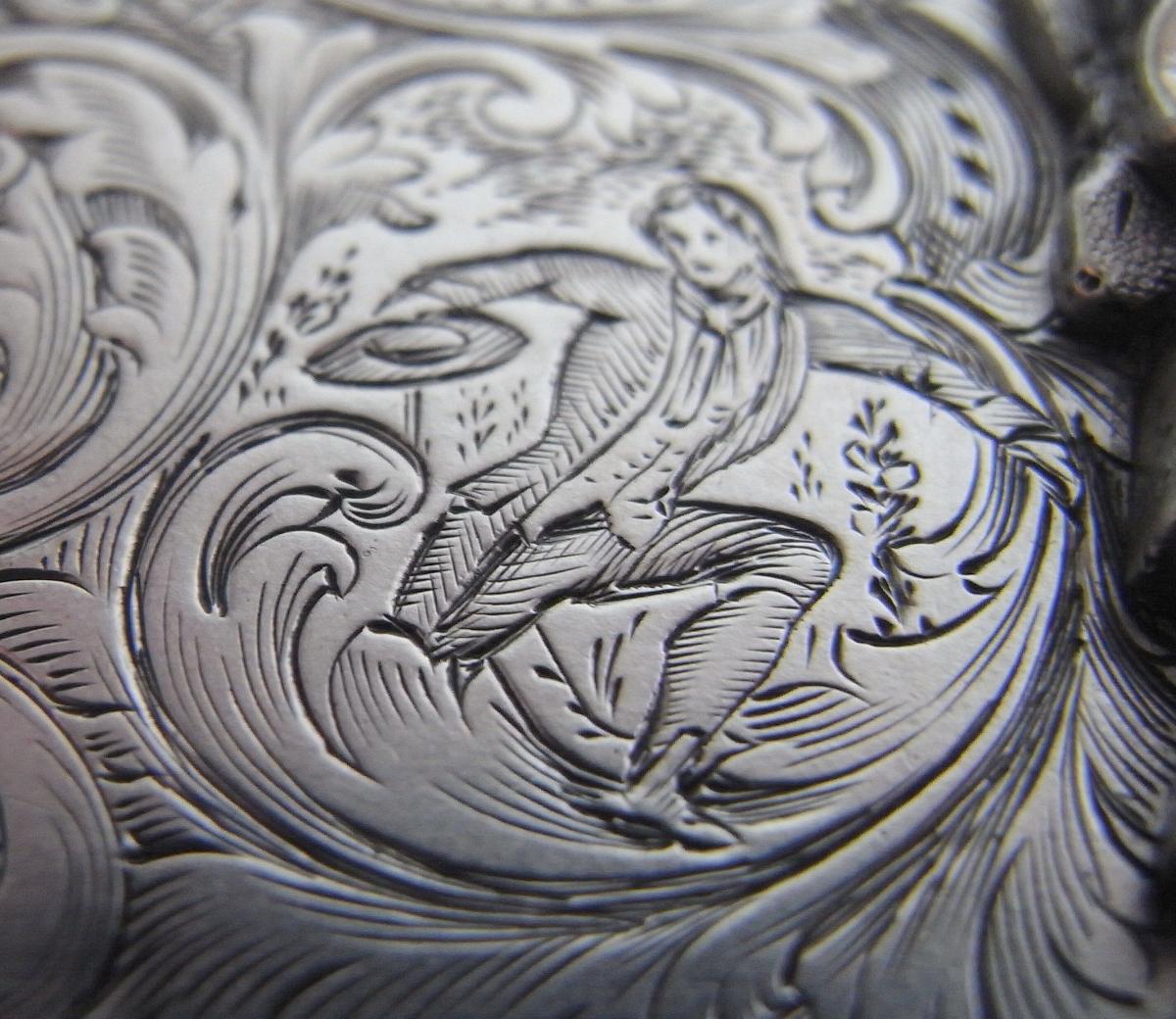 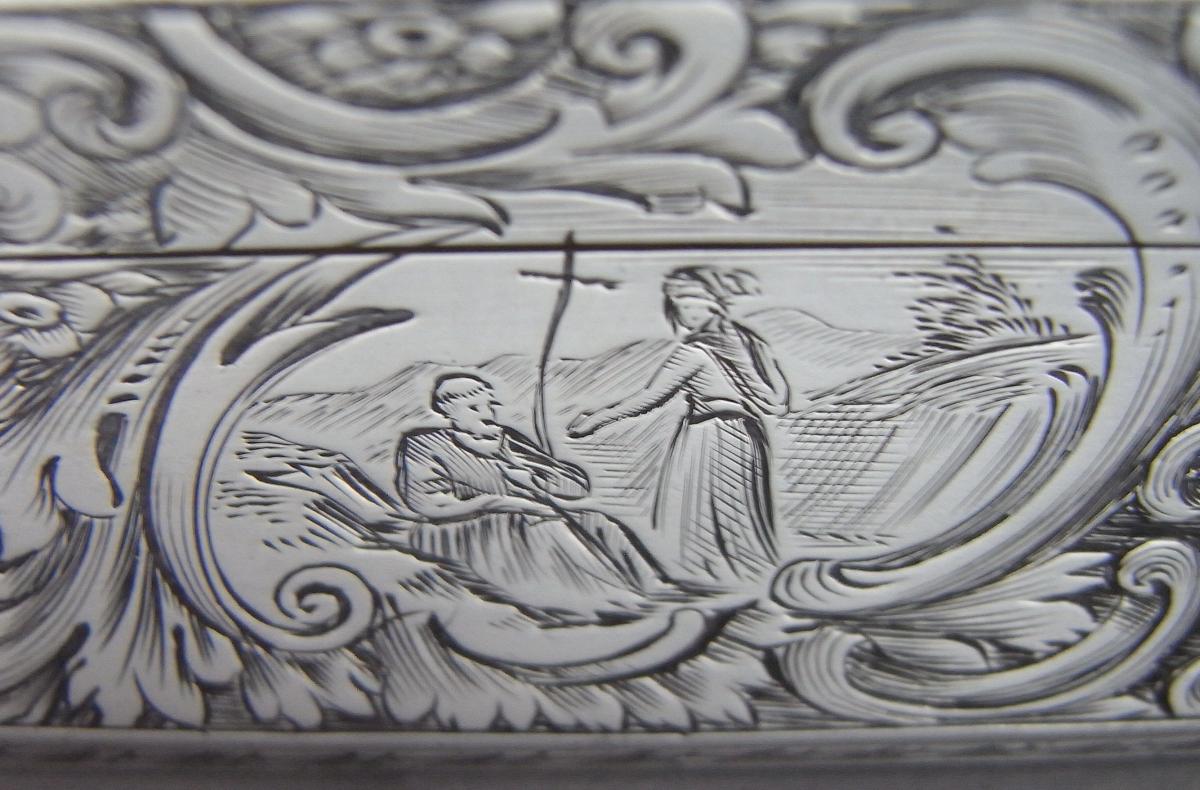 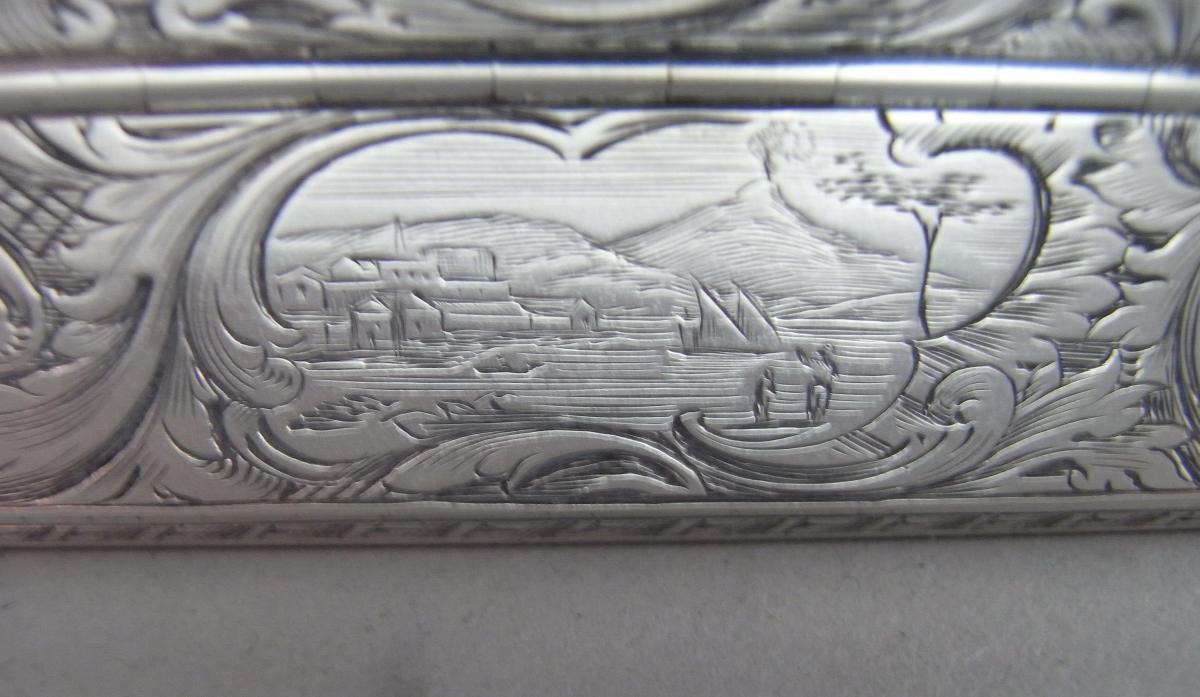 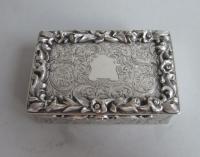 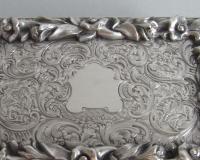 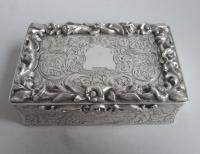 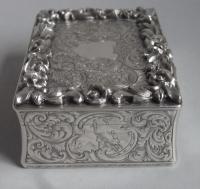 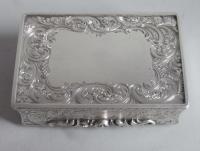 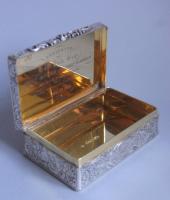 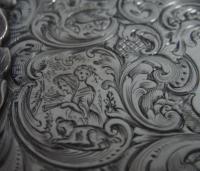 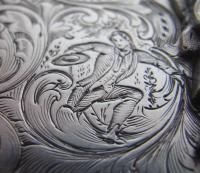 The Snuff Box is of broad rectangular form and has slightly incuse corners. The cover displays an outer cast raised border of trailing foliage and flower heads in bloom.

This border encloses an exceptionally engraved panel of pluming scrolls and trellis work, around a vacant shield shaped cartouche. The cover also displays exotic birds, as well as a male figure in period costume with hat, dancing, and a woman with a dog looking loyally at her.

The base is also beautifully decorated with the same pluming scroll work around a shaped rectangular plain panel. This is some of the finest and most unusual engraved work we have ever seen on a Snuff Box.

This is not surprising when the maker's are considered, as they were making the finest boxes in London at this date.

The interior is very well marked and displays original gilding. The interior of the cover is also engraved with the contemporary inscription:

Presented to
L.W. Vaile Esqr
Chief Officer of the Ship Barham
By Her Passengers
On the voyage from India
April 19th 1848

This box is of the finest quality, is of an exceptional weight and is in excellent condition. 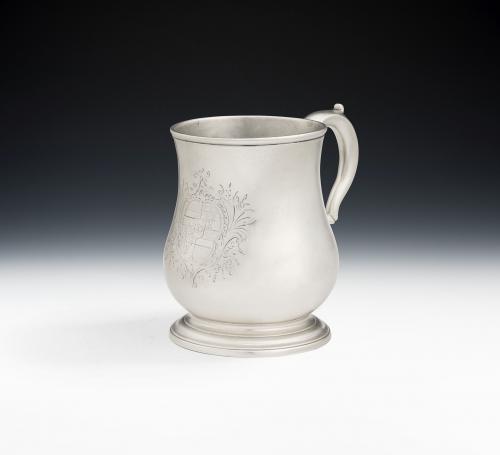 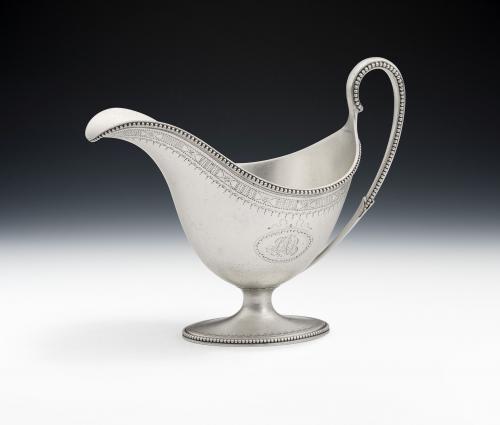 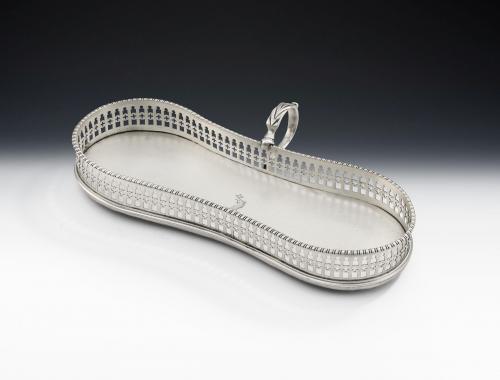