An Exceptional Sculpture by a Master Sculptor 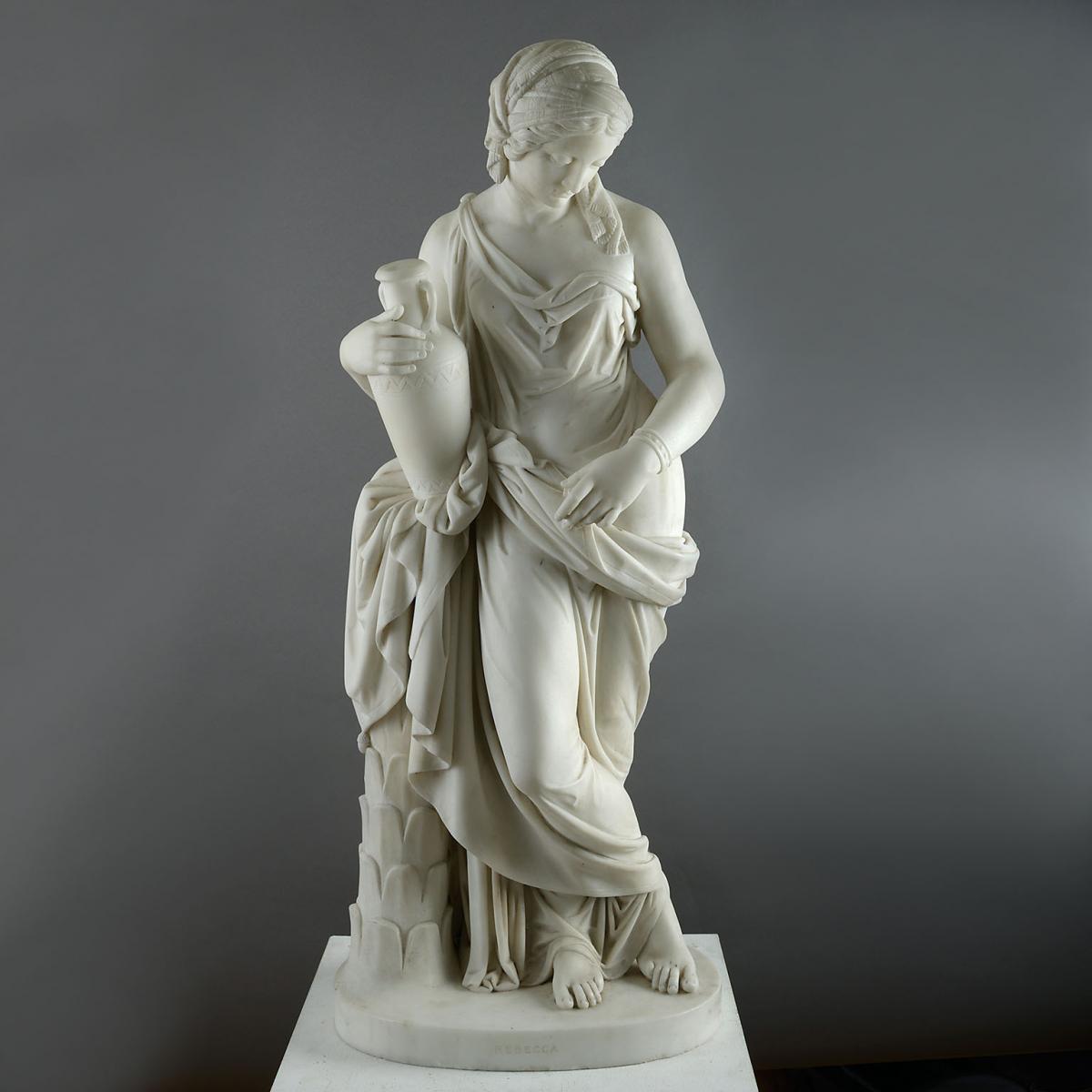 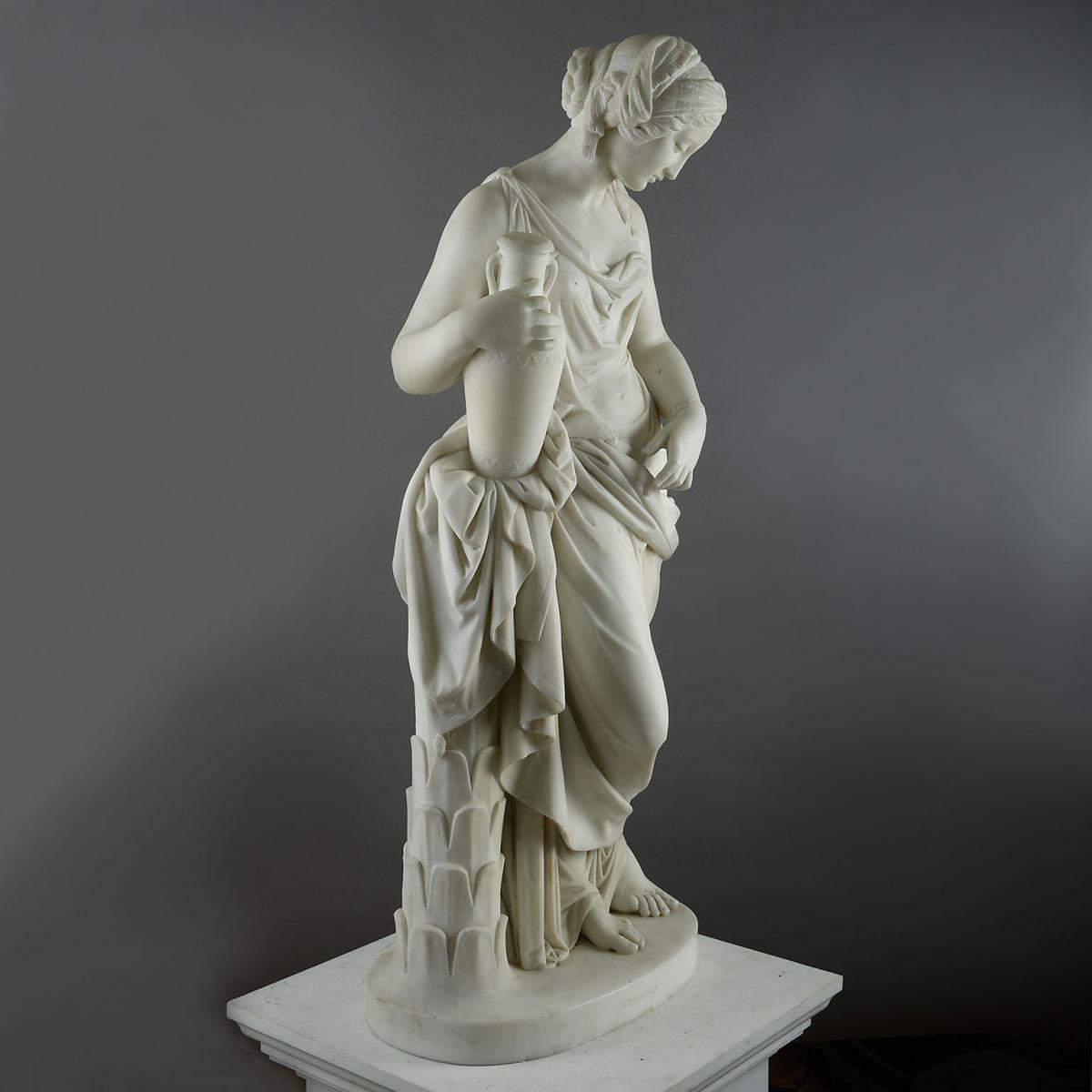 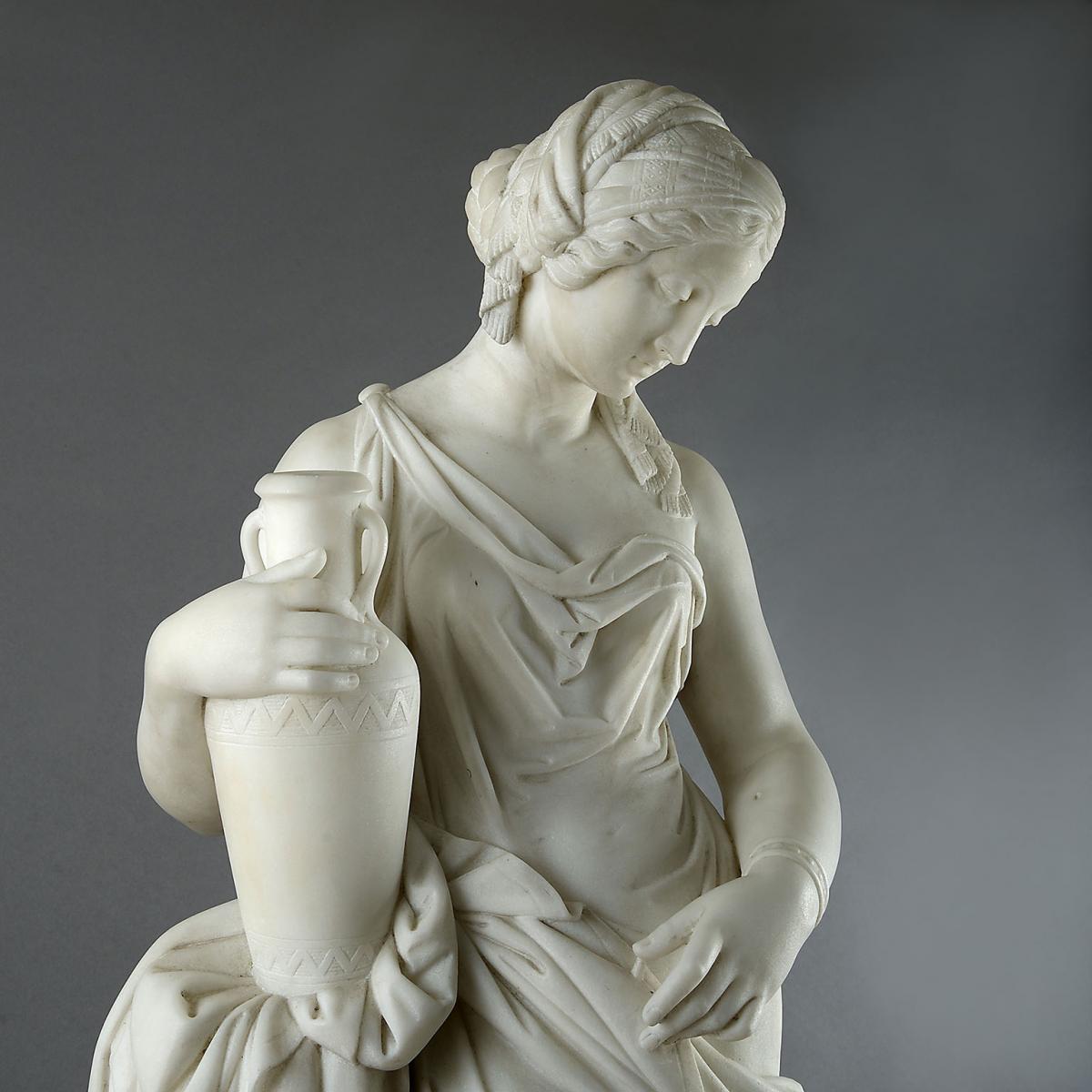 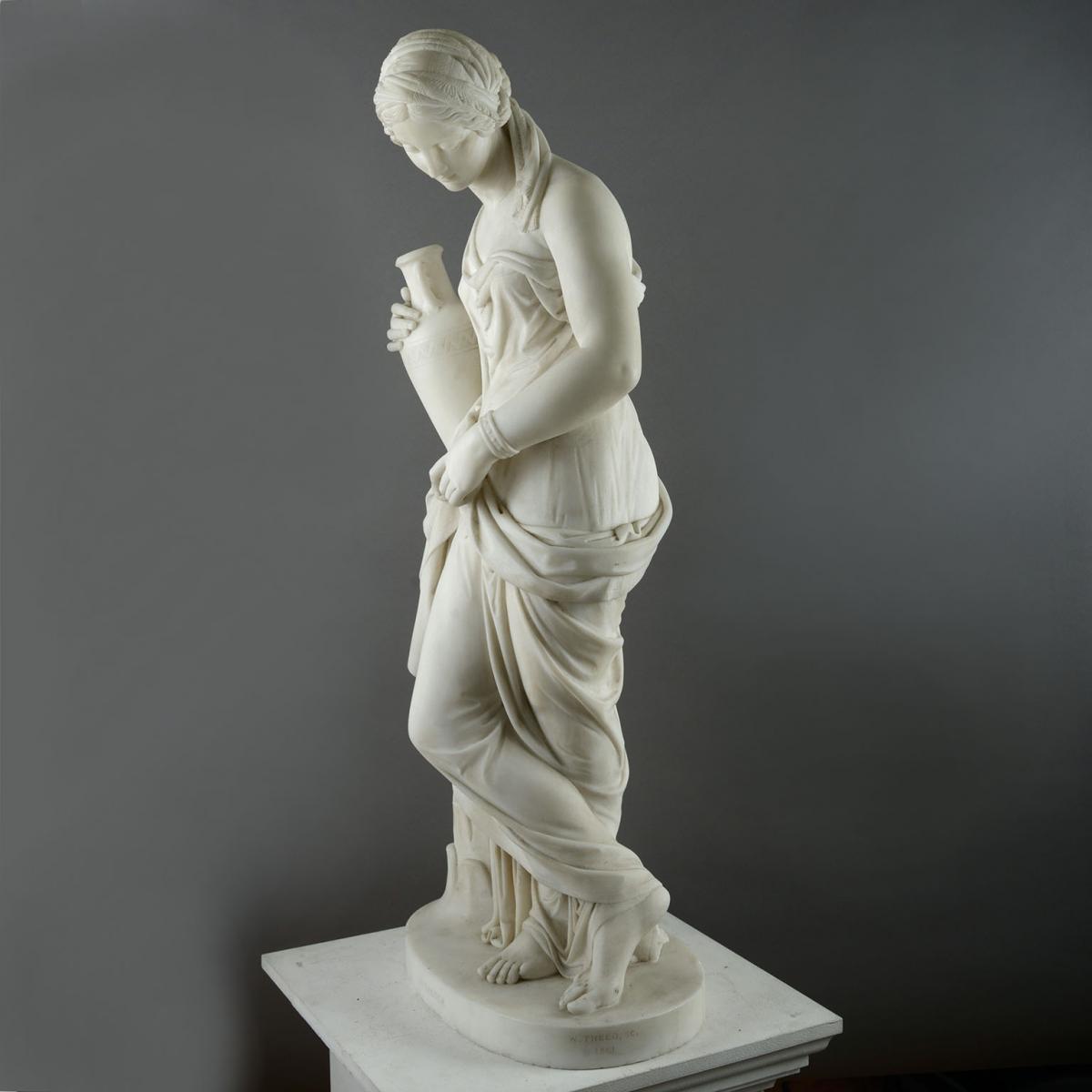 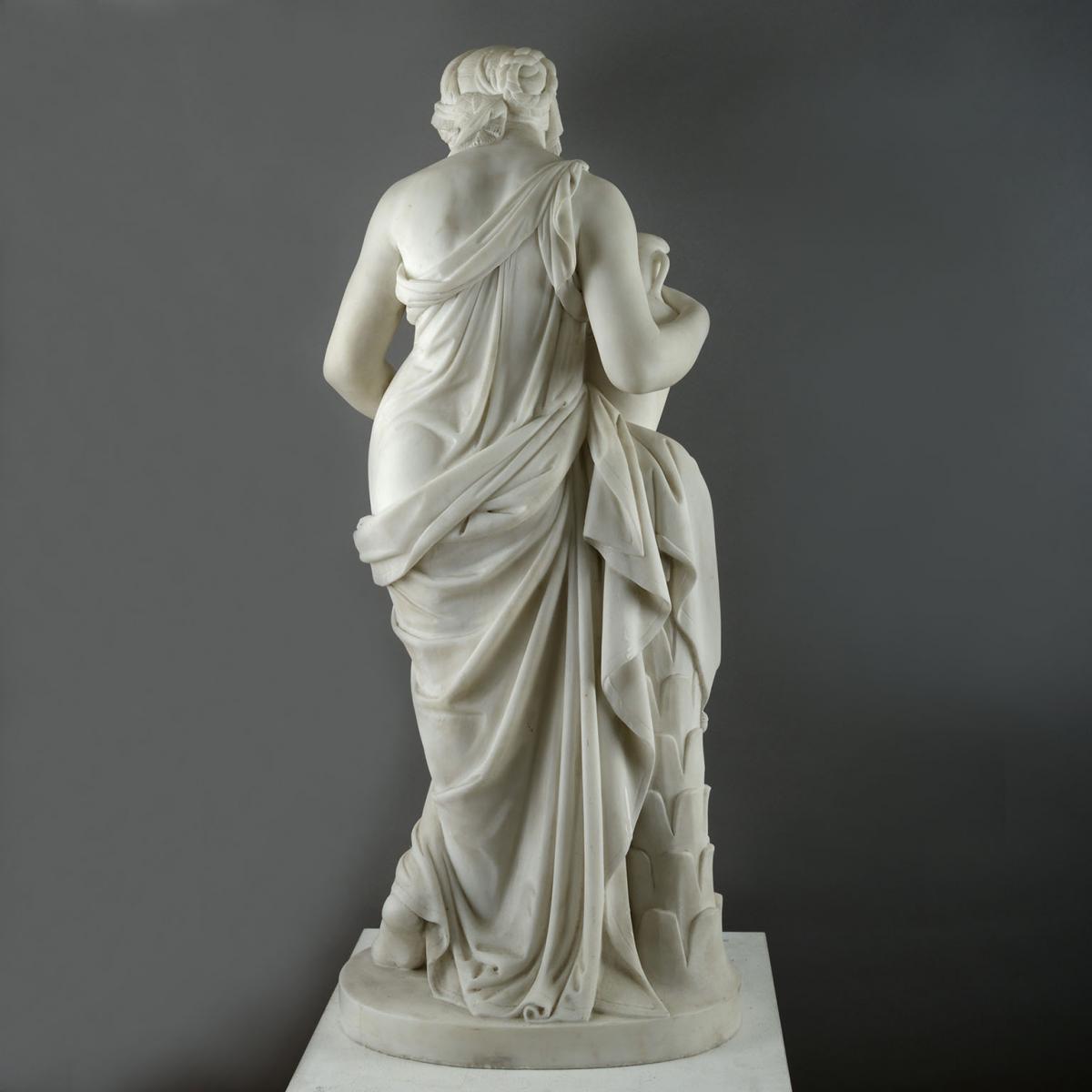 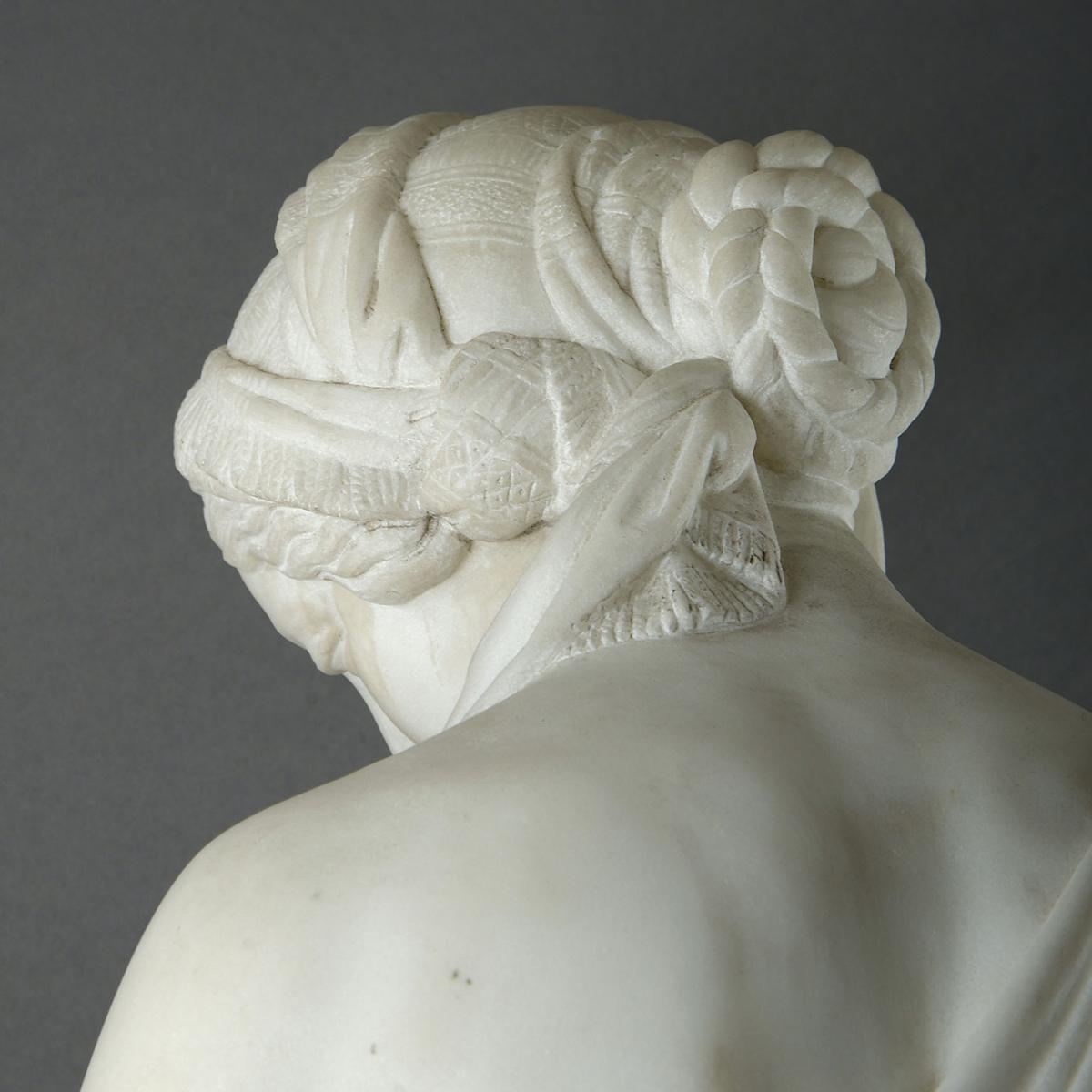 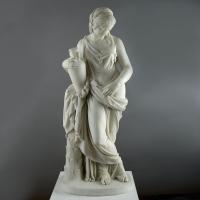 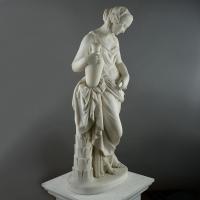 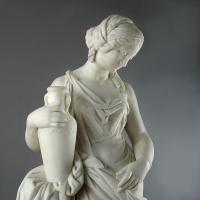 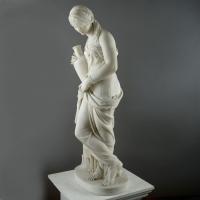 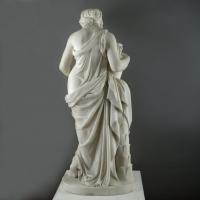 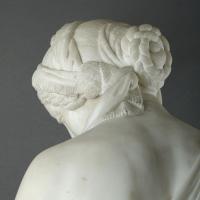 Original surface and remarkable condition with no restoration.

A prominent sculptor of the nineteenth century, William Theed the Younger (1804-1891) spent his formative years training with his father, a respected sculptor in his own right, followed by several years working in the studio of E.M. Baily.  He first exhibited at the Royal Academy in 1824.  In 1826 he went to Rome where he studied under Bertel Thorvaldsen, John Gibson, R.J. Wyatt and Pietro Tenerani.   After 20 years in Rome he received a commission from Prince Albert to carve two sculptures for Osborne House, Queen Victoria’s residence on the Isle of Wight.  He returned to London in 1848 and set up a highly successful practice with numerous commissions from the great and the good, quickly establishing himself as probably the favourite sculptor of Albert and Victoria.  Upon the death of Prince Albert Queen Victoria immediately set about commemorating her husband, bringing in Theed to make his death mask and casts of his hands. Within two weeks Theed was at Osborne, starting work on his first posthumous bust of the Prince.   He was notably one of several leading sculptors involved in the Albert Memorial, in Kensington Garden, contributing the colossal group of Africa.  Theed received plenty of praise over the course of his tremendously long and productive career.  Greenwood sums up the sculptor’s body of work in glowing terms, “Despite his early immersion in the studios of the neo-classical sculptors in Rome, Theed developed into a versatile and eclectic sculptor who was equally at ease with classicizing ideal works, historical realism and modern life portraiture.”[1]