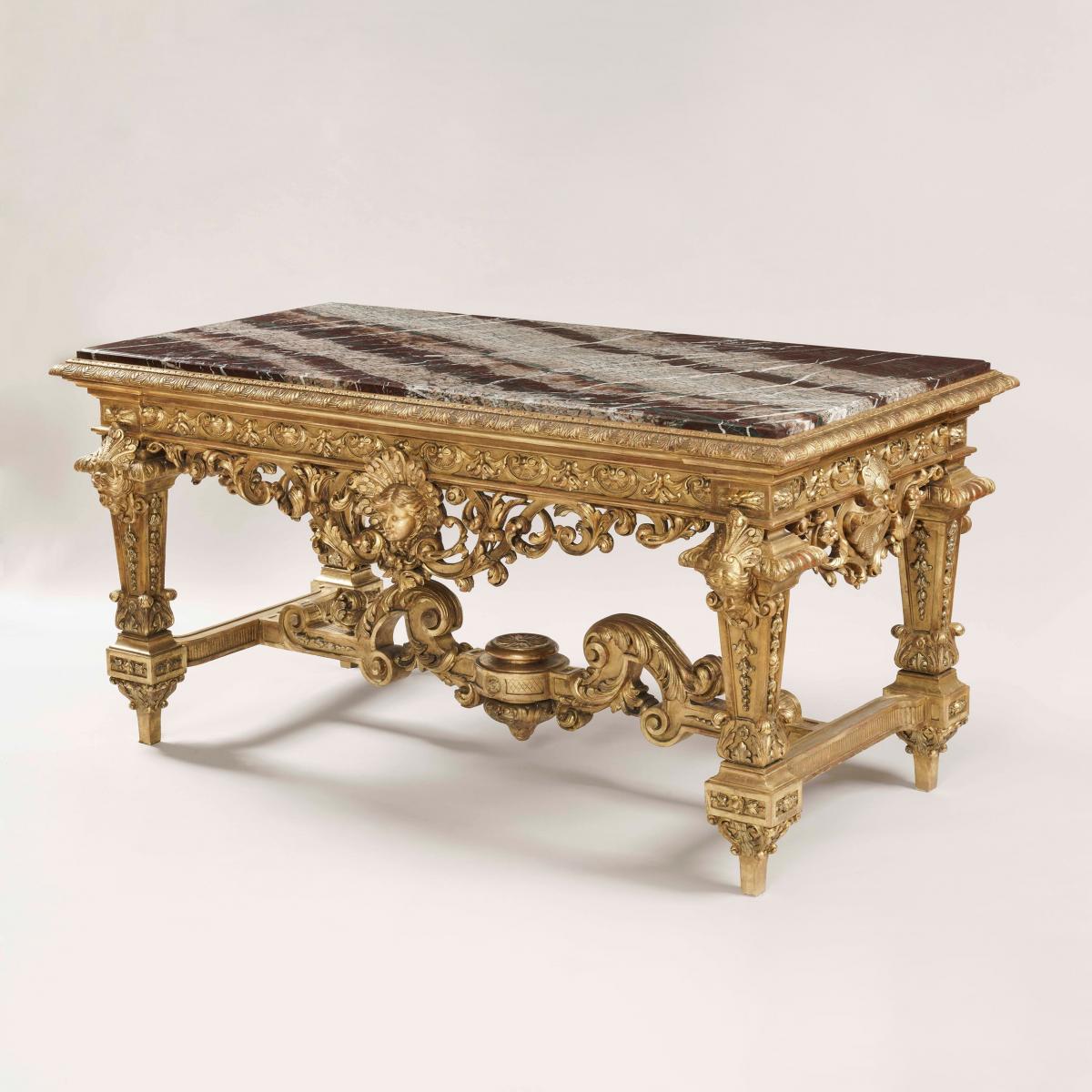 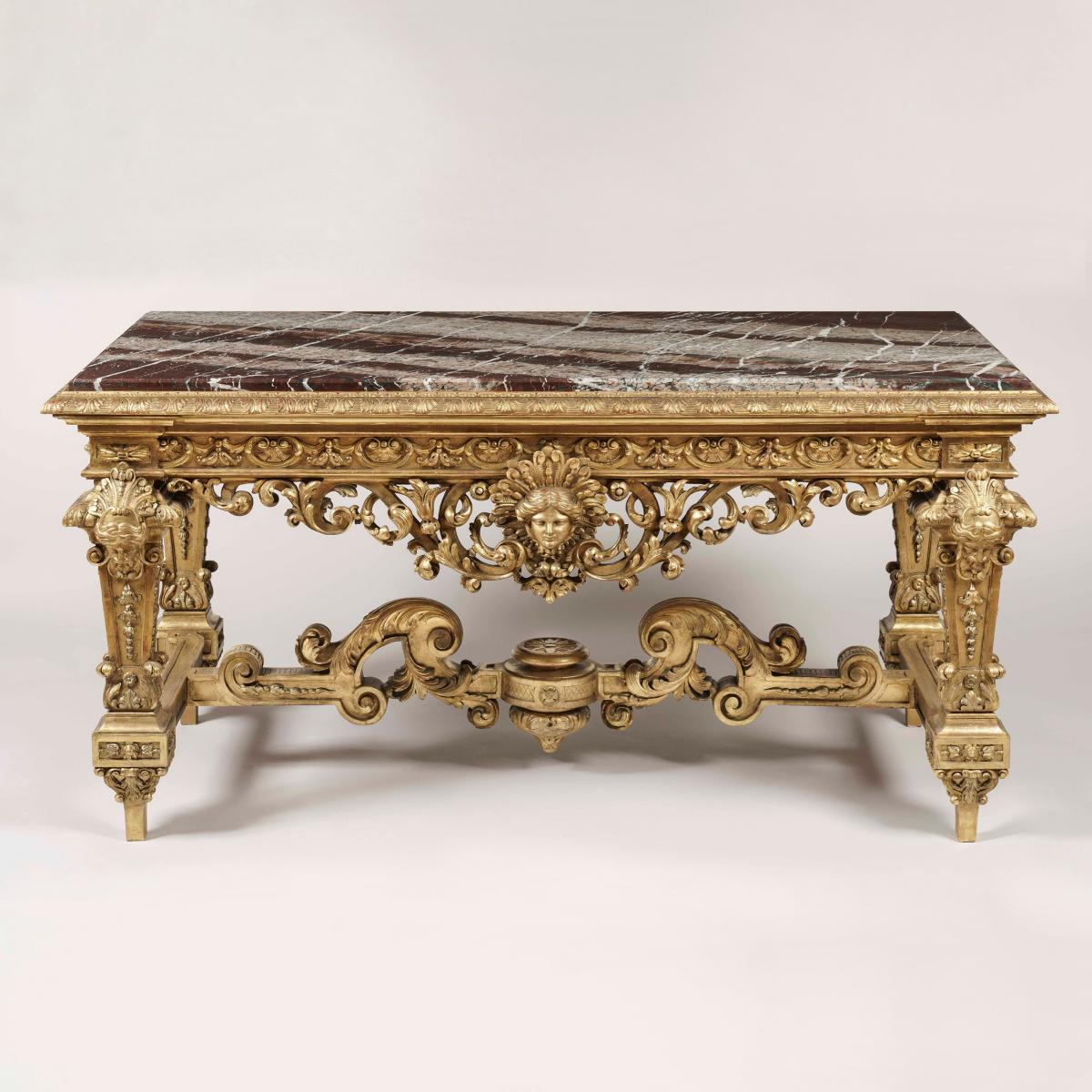 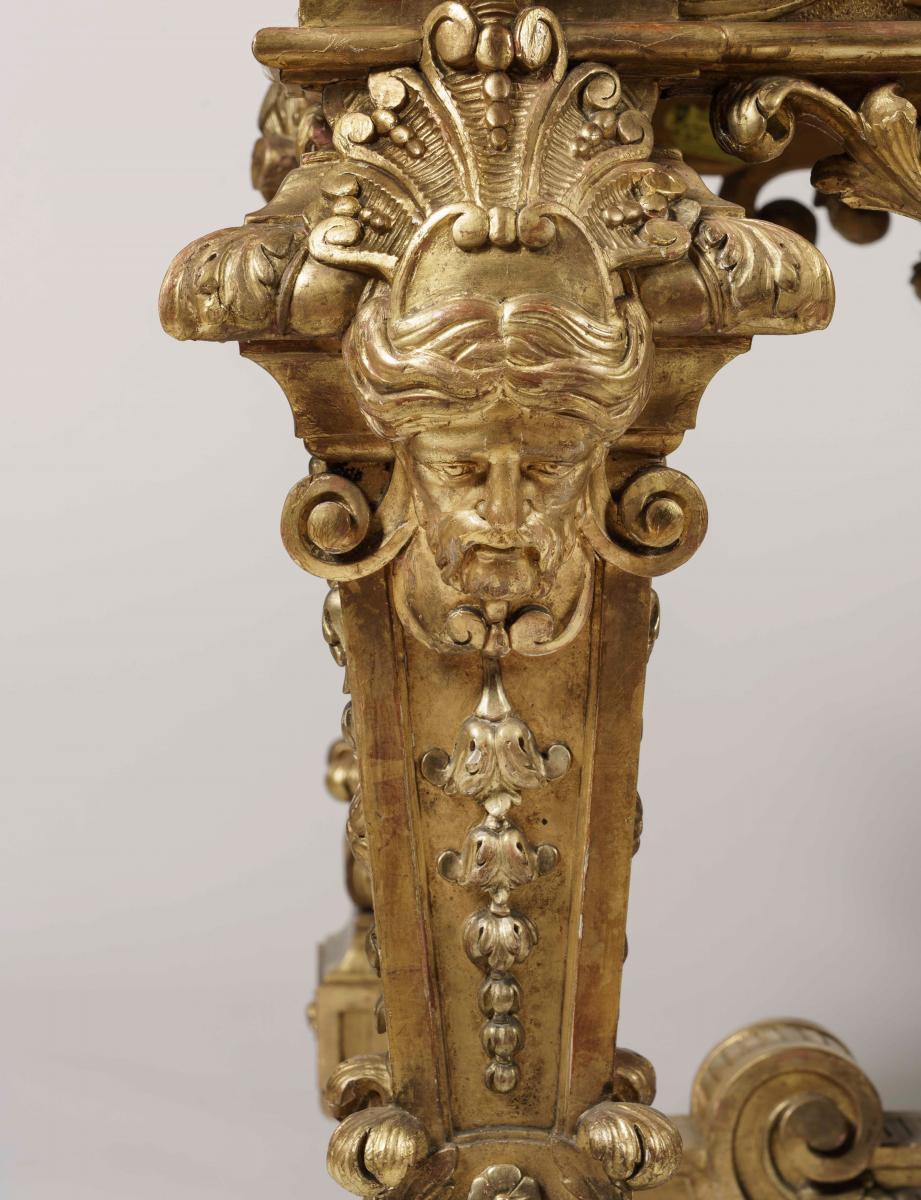 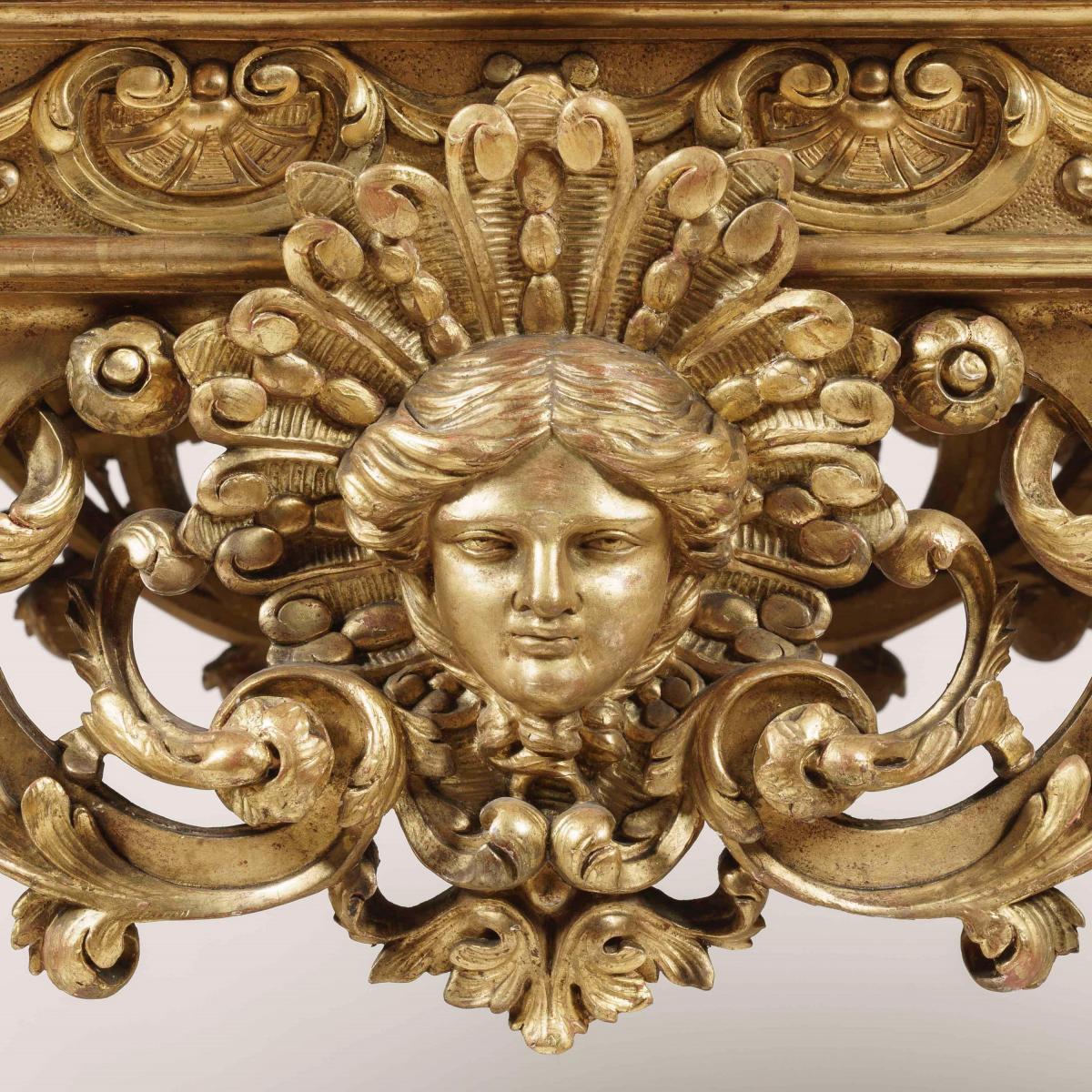 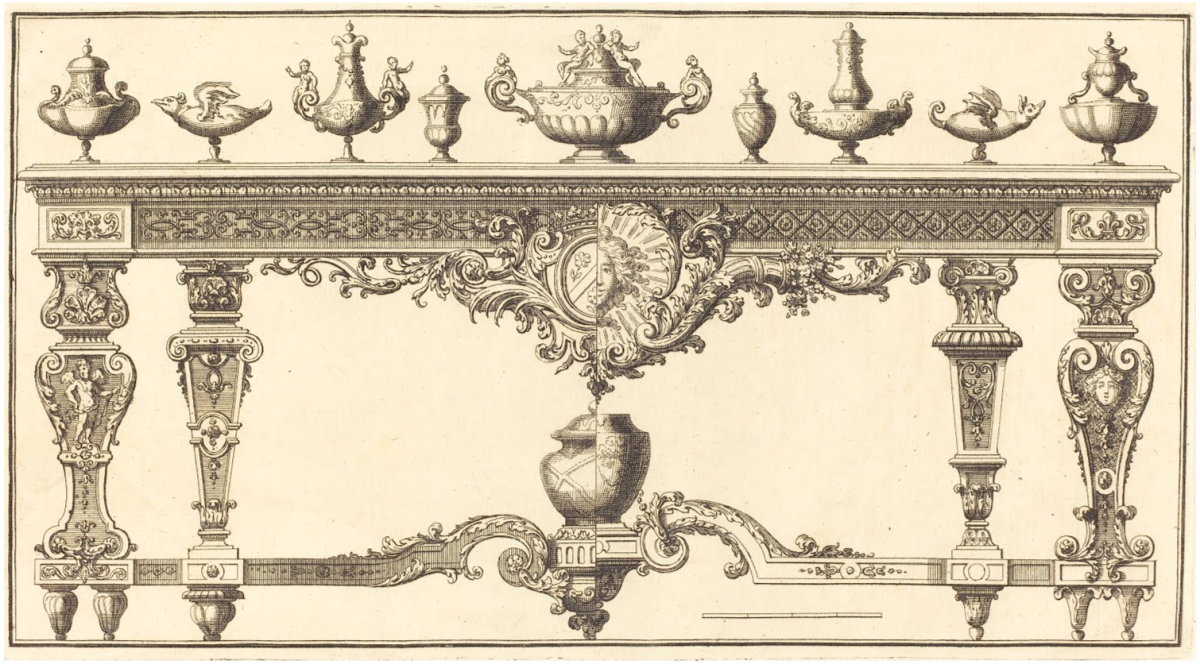 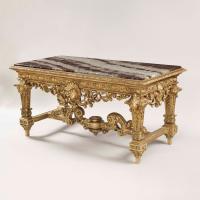 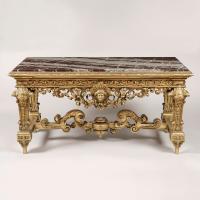 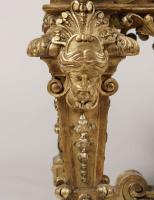 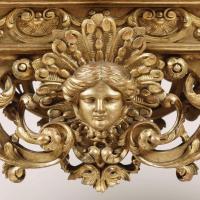 A true carver's delight, the giltwood console table of rectangular form supported on four baluster form legs interjoined by a stretcher, the free-standing table incorporating pierced scrolling aprons carved from solid wood to all the sides, the front and back decorated with a central female mask and flanking bearded male masks to the legs, while the sides are dressed with shell motifs. The massive Campan grand mélange marble top displaying a fine thumbnail moulding to all the sides and resting above a decorated frieze of interlaced scrolling strapwork and foliate motifs.
French, circa 1880

This table is undoubtedly influenced by the fine royal commissions designed for Louis XIV's appartements at Versailles, and displays fine characteristics associated with the height of rococo and baroque styles from the end of the seventeenth century, including the refined tapering baluster legs as well as the carved masks to the aprons and legs, features found on the harpsichord by Claude Audran III and the Table du Roy of the Grand Trianon respectively.

The art of giltwood carving gained considerable momentum at the end of the seventeenth century, partly due to the ban on private individuals owning silver furnishings. Louis XIV himself melted down his collection of silver furniture at Versailles in 1689, and replaced the pieces with carved wood examples similar in style to the present table.