An Exceptional and Rare Collection of Intaglios and Cameos 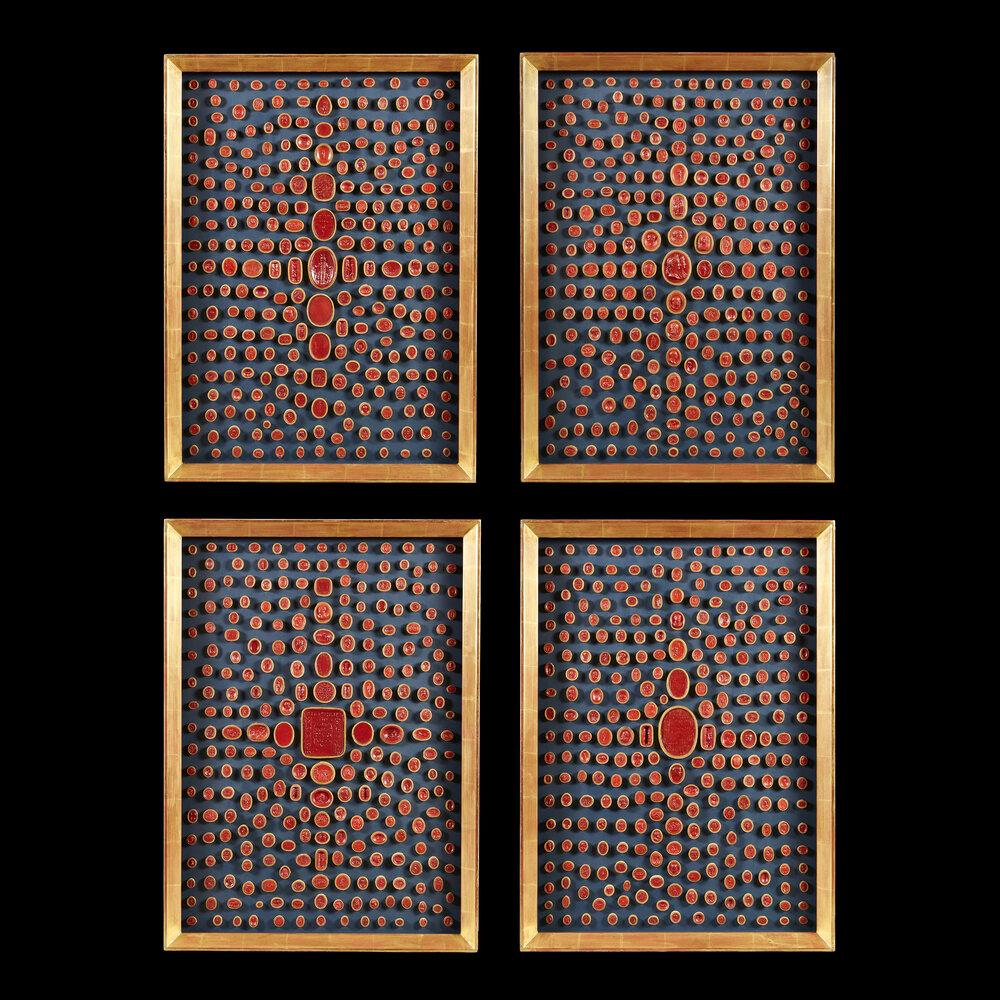 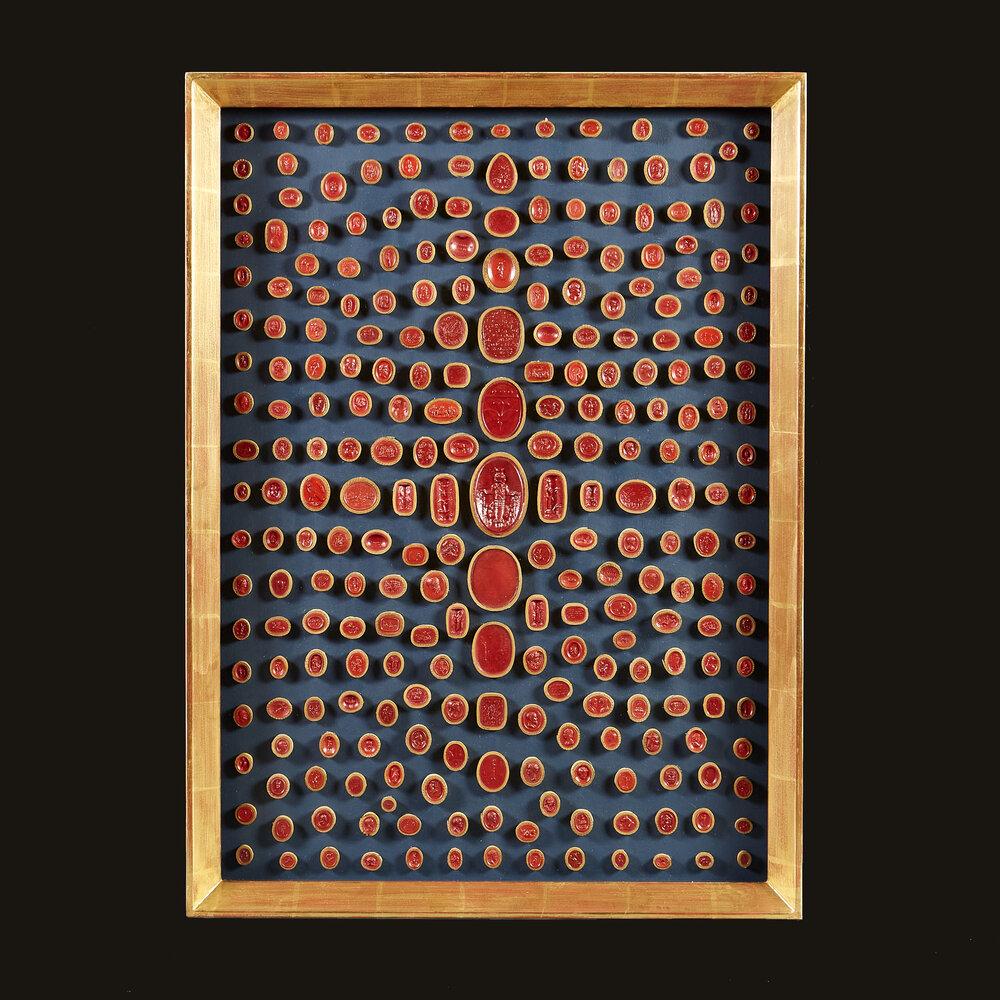 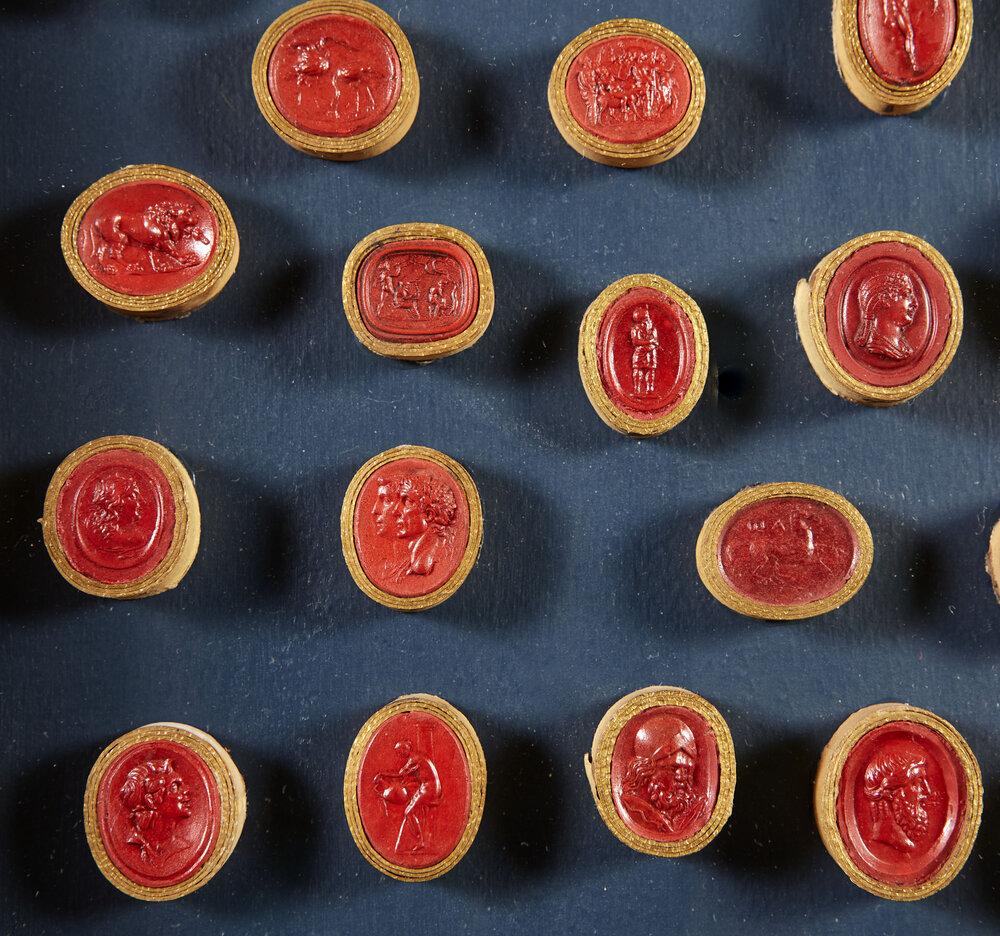 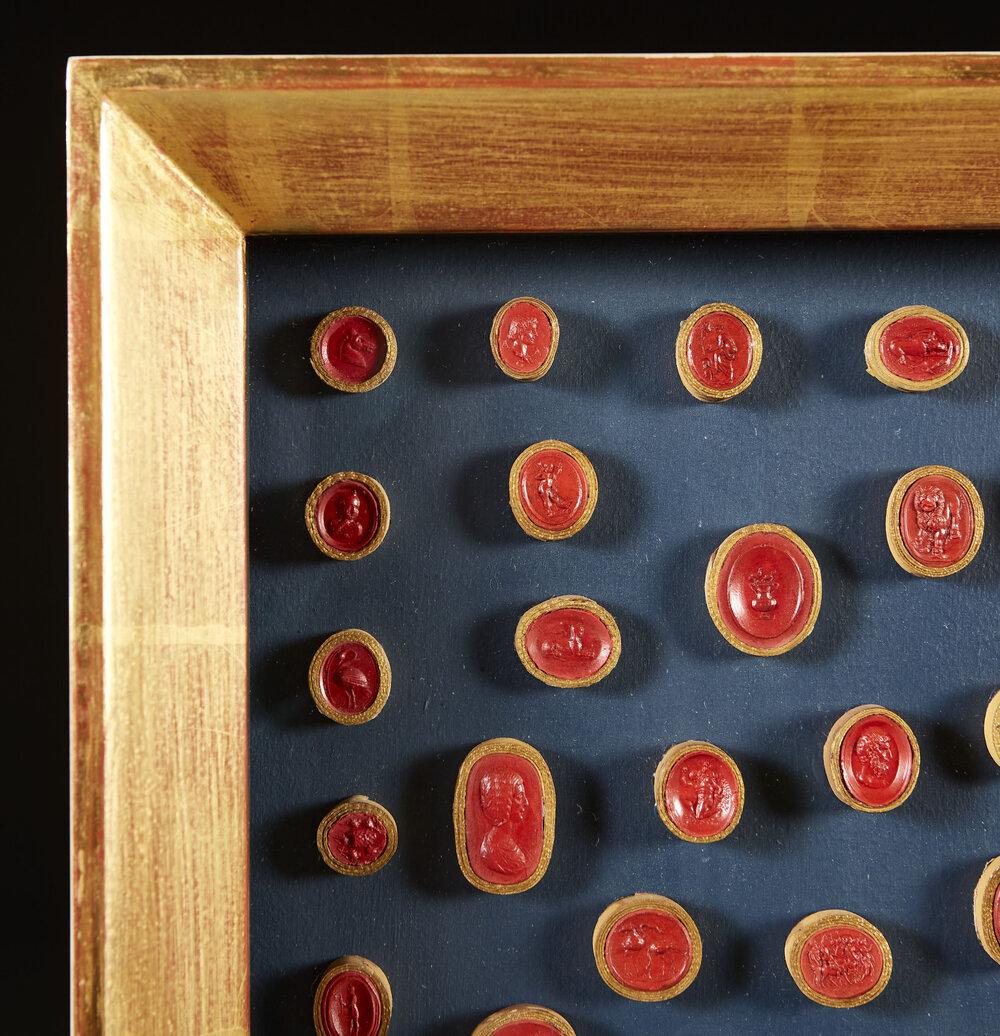 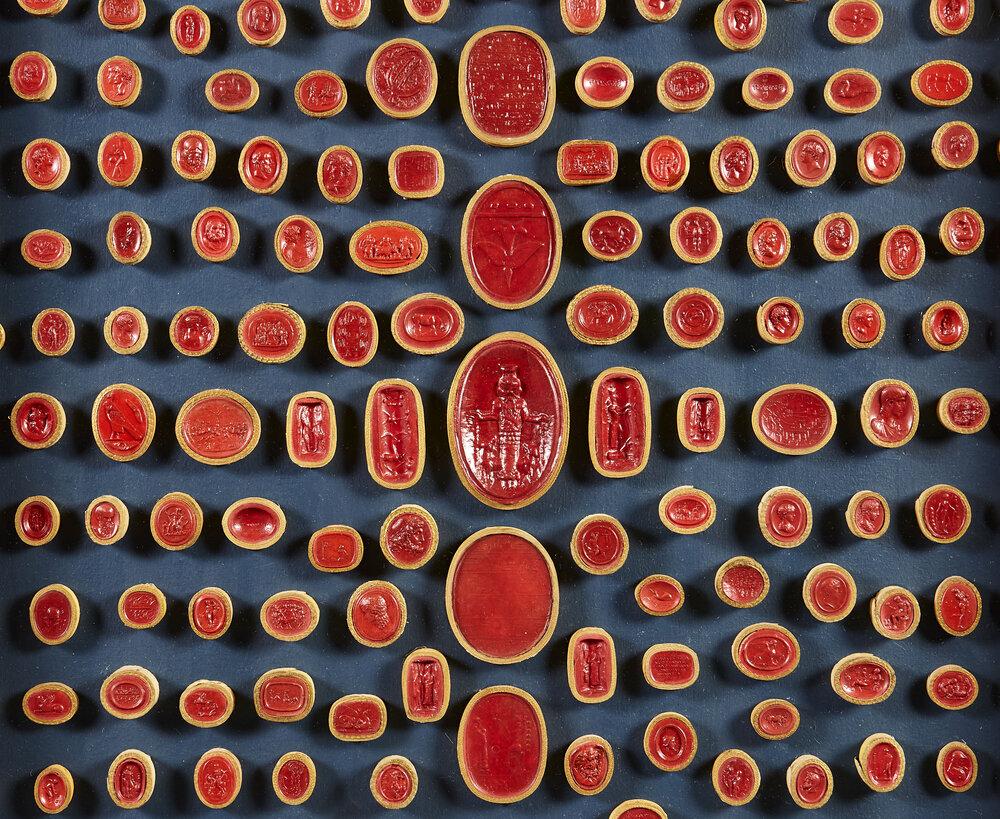 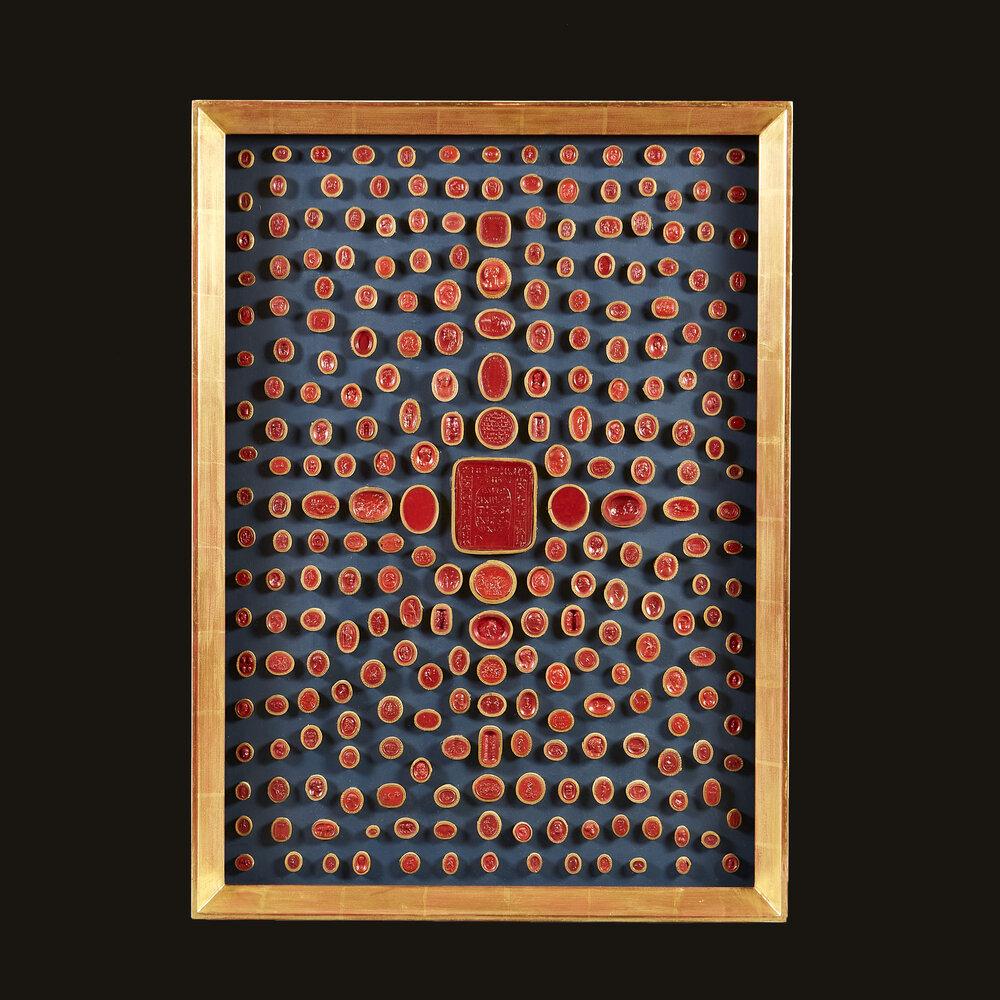 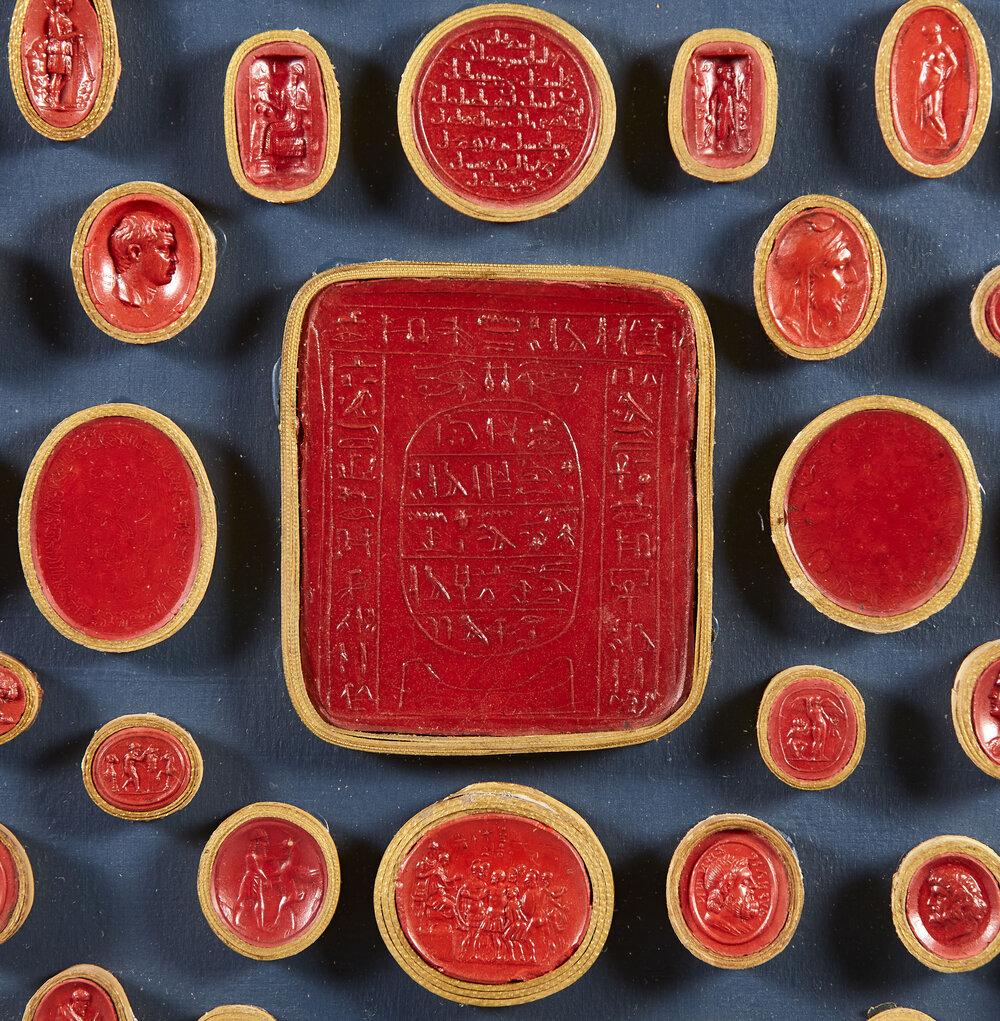 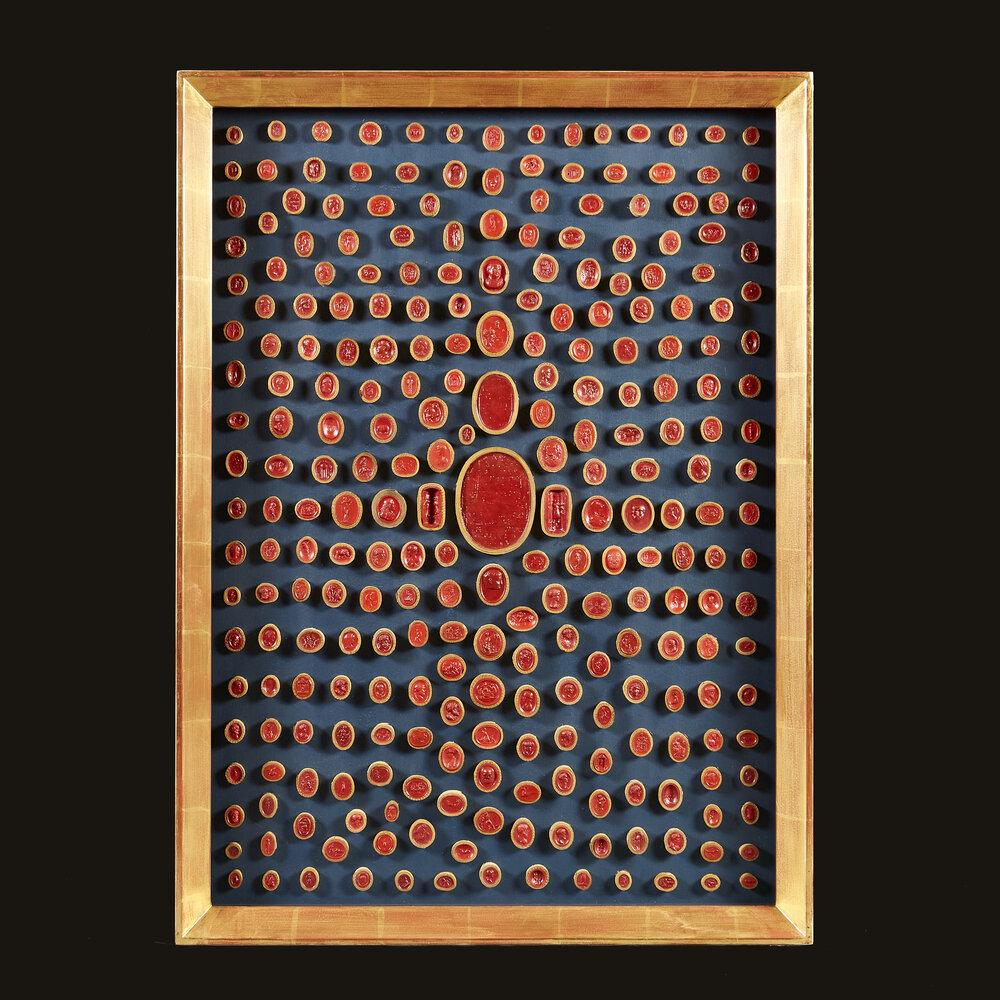 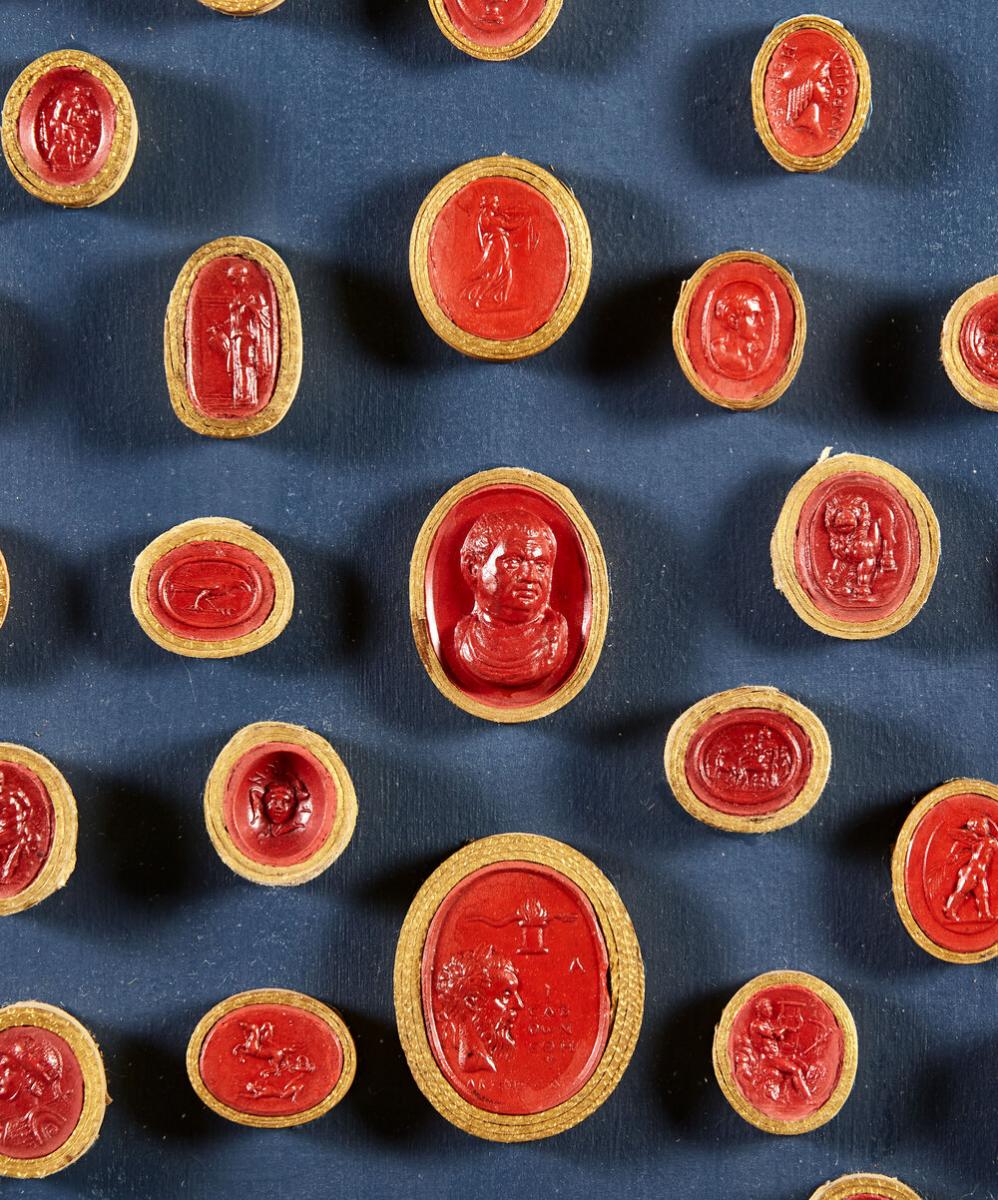 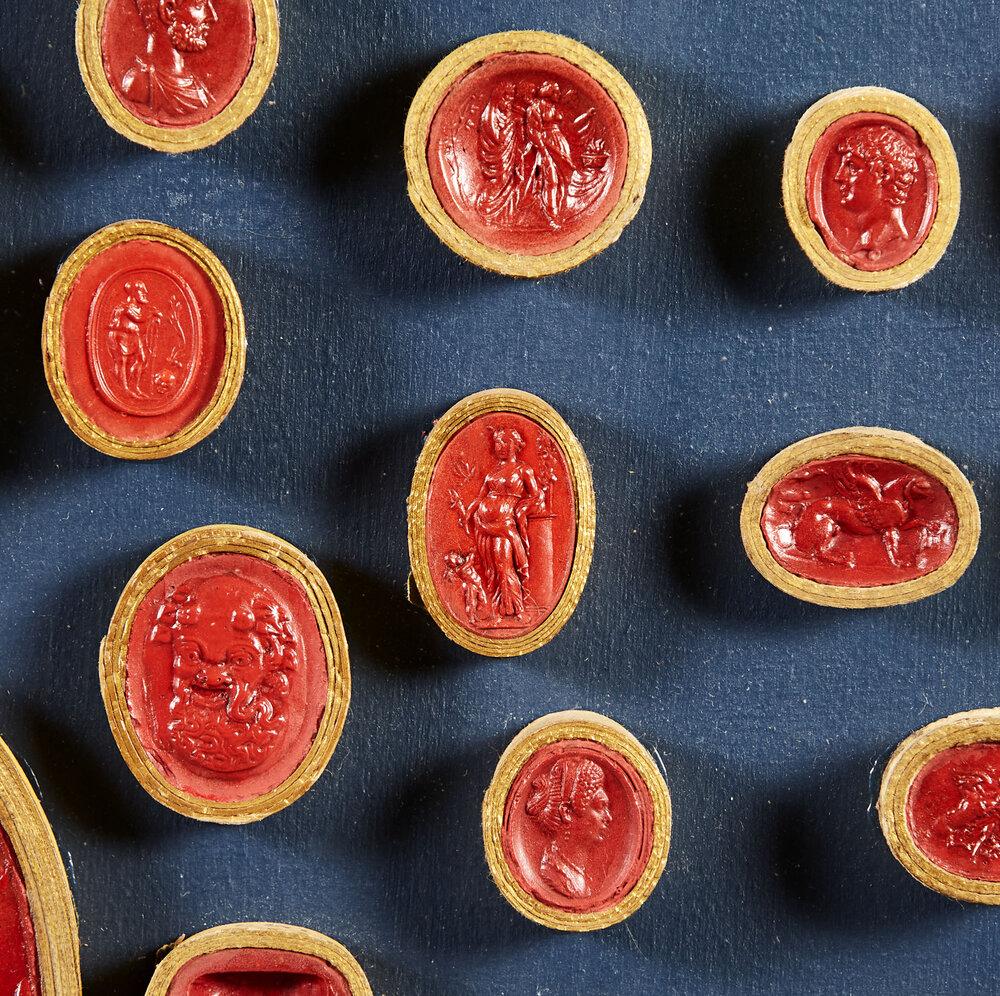 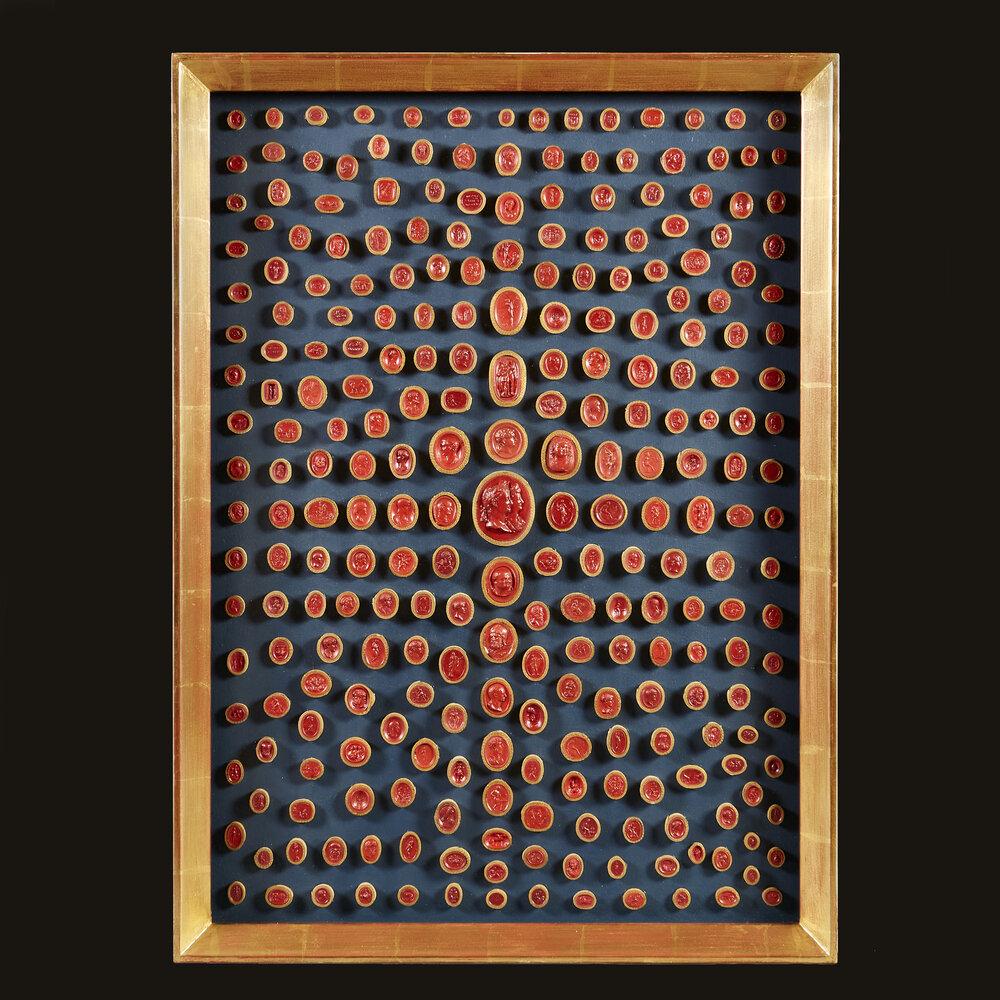 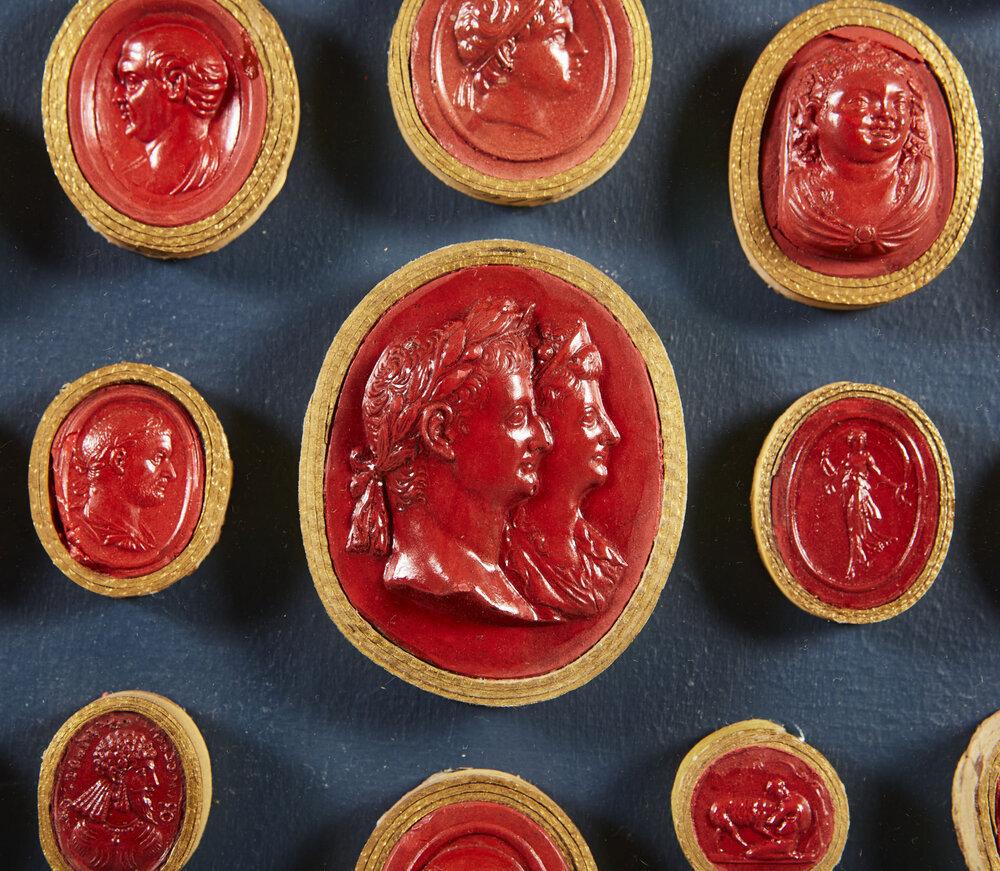 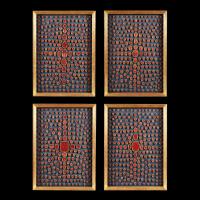 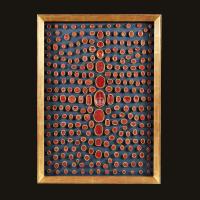 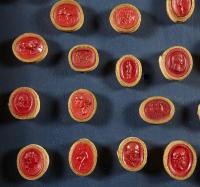 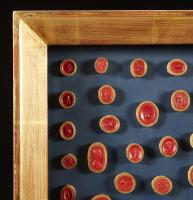 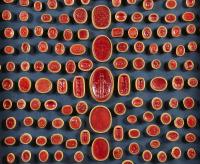 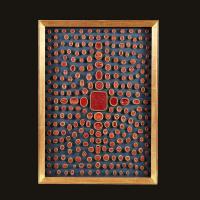 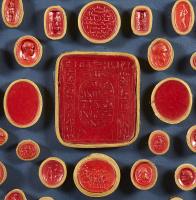 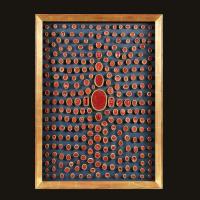 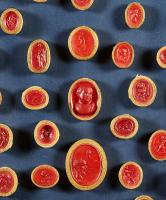 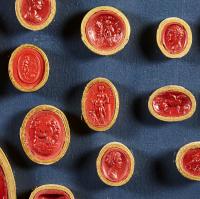 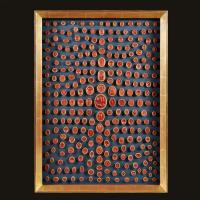 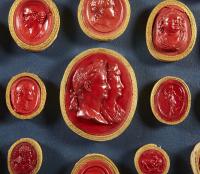 An exceptional and rare collection of ceiling wax red cameos and intaglios individually numbered and arranged in radiating patterns with the largest gems to the centre, gradually decreasing in size to the margins, and framed in handgilded pictures frames.

Perhaps the most distinguishing features of this collection are its size and variety. Numbering almost 1,000, this collection is vast, and surpasses even Pope Paul II’s famed collection of 827 intaglios. In addition to their quantity, the variety of intaglios is quite exceptional, and their subject matters span both genres and cultures. Within the collection are Egyptian hieroglyphics, Classical busts, and Arabic inscriptions, as well as still lives, portraits, and animals.

This variety of cultures depicted seems emblematic of the history of intaglios, which began in the Near East, and spanned from Ancient Greece to Renaissance Europe. And throughout their history, intaglios have been the objects of great collections, objects which often existed with the primary purpose of being collected. Pliny the Elder, in his Natural History, states that the first, or perhaps first significant Roman collection of intaglios was that of Marcus Aemilius Scaurus.

More recently, one of the most significant collections of intaglios was that of the 4th Duke of Marlborough. We are told that the intaglios ‘the Duke kept in his bedroom and resorted to as a relief from his ambitious wife, his busy sister and his many children’. And although the collection of the Duke was vast and impressive, perhaps it illustrates the other side of intaglio collections. Whilst some saw intaglios as a method of displaying their wealth and power, other saw intaglios as intimate objects of relief from the routine of life. 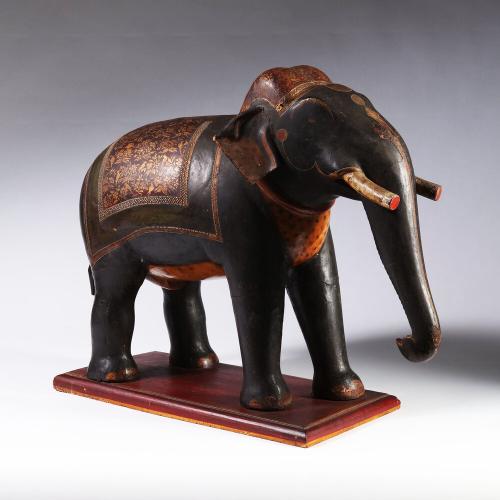 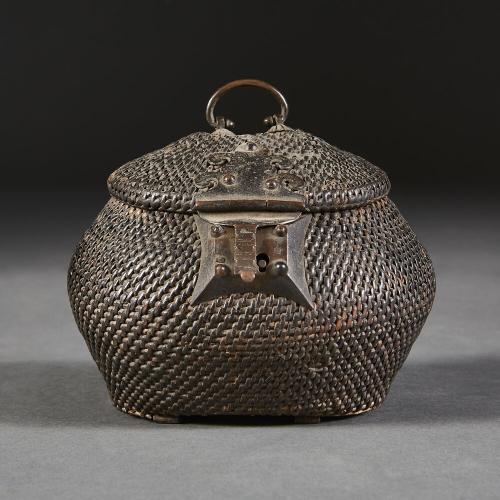