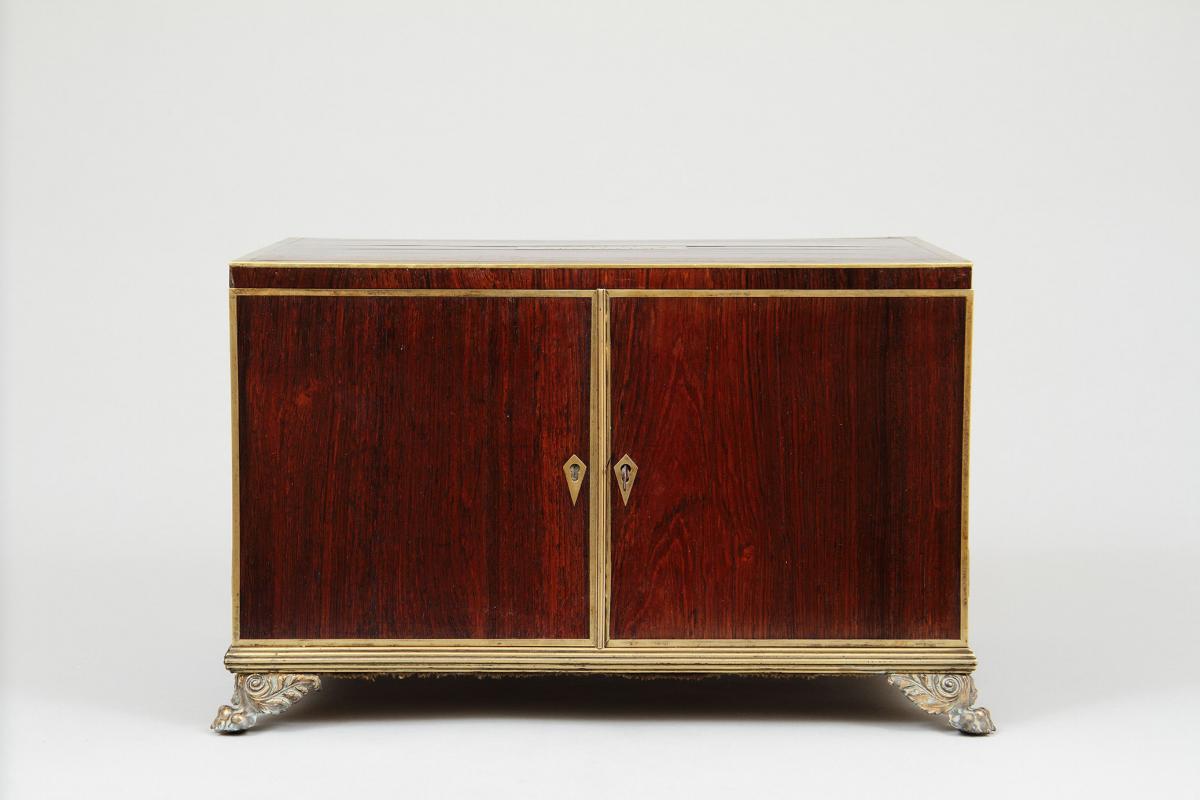 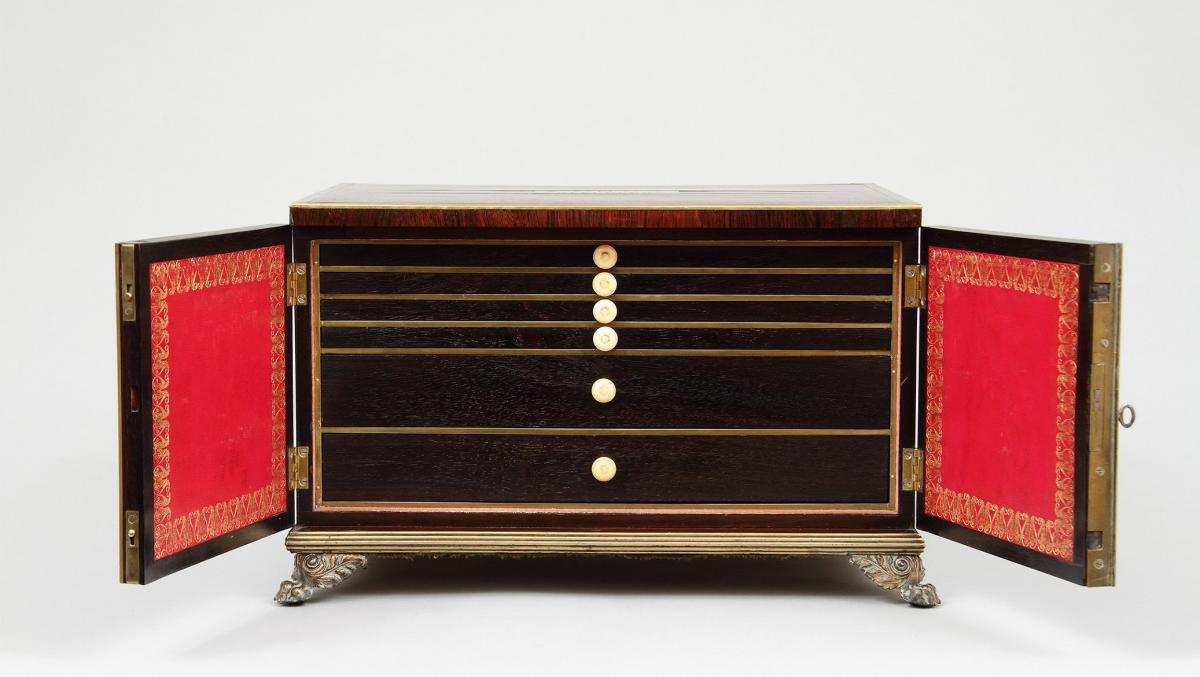 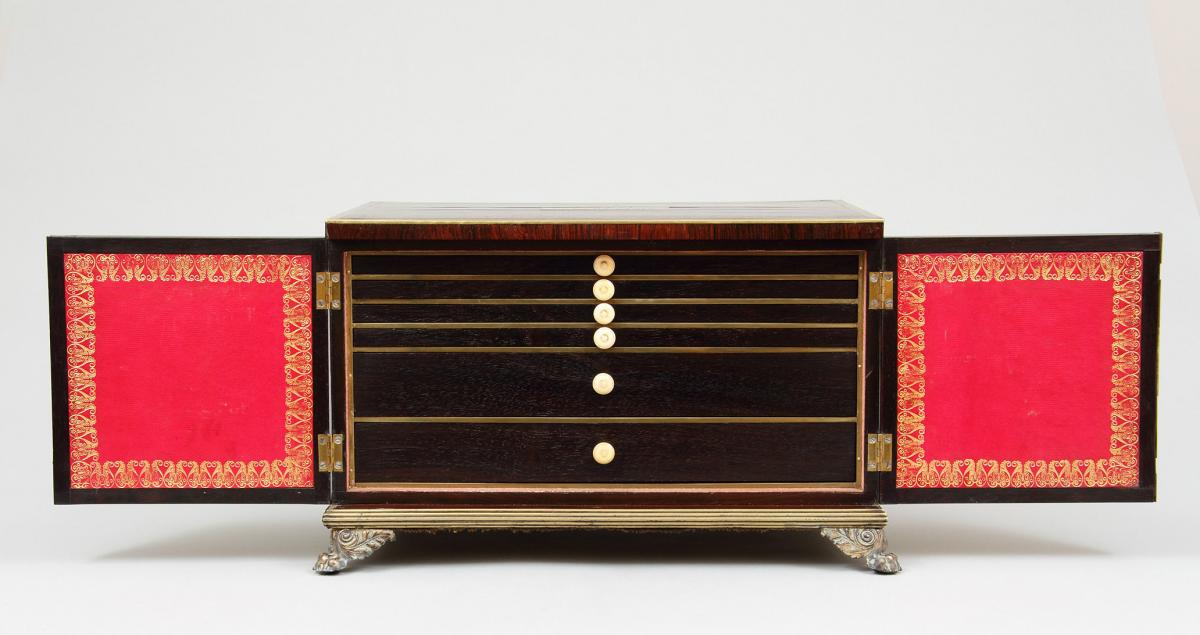 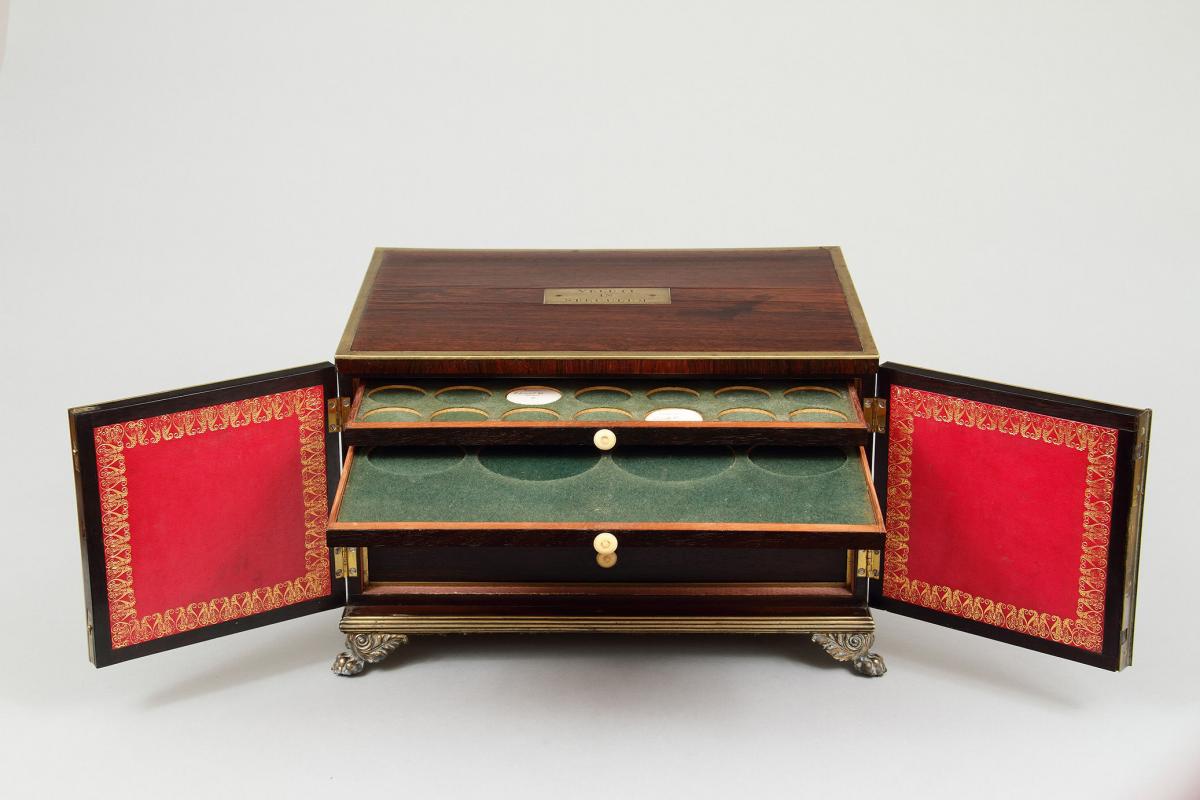 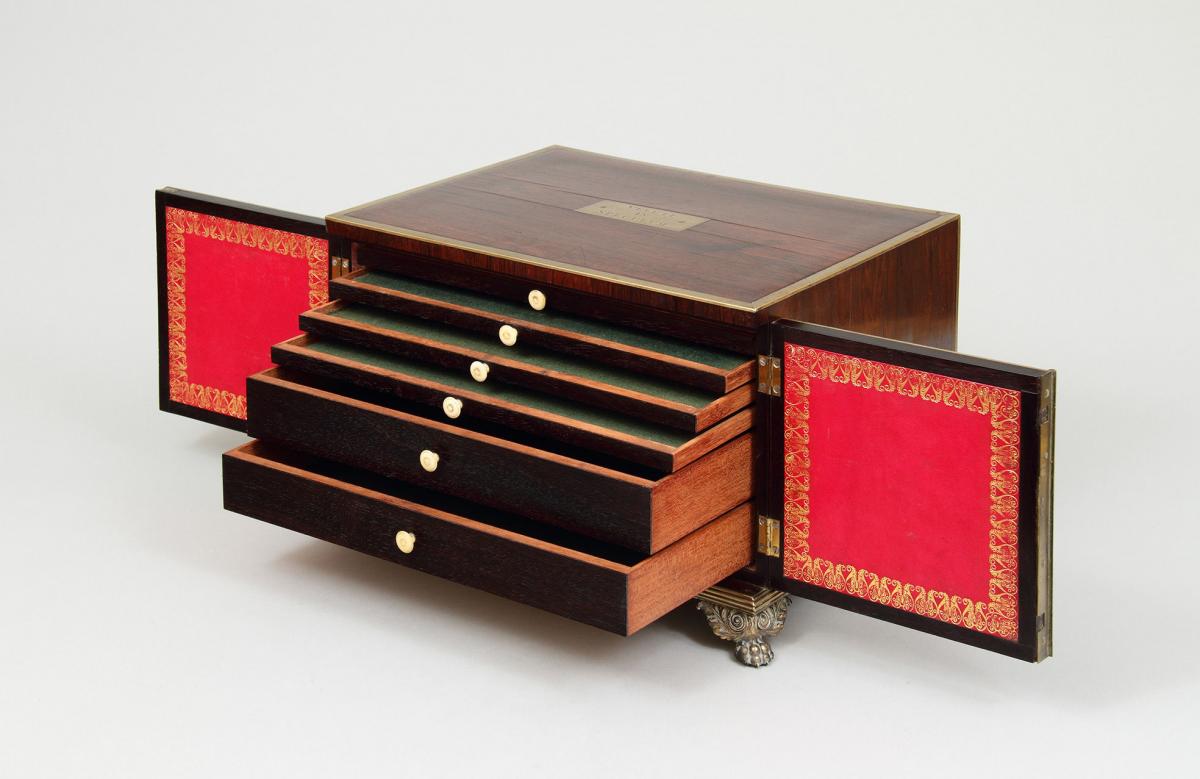 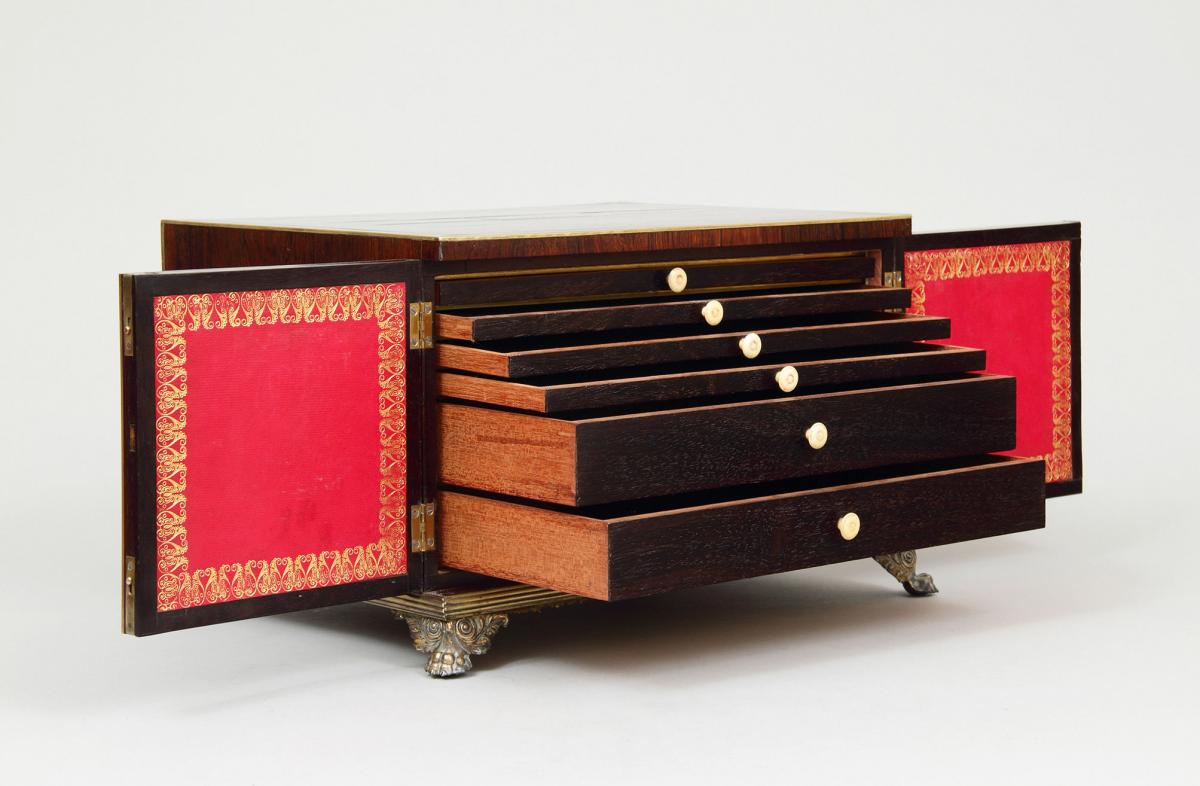 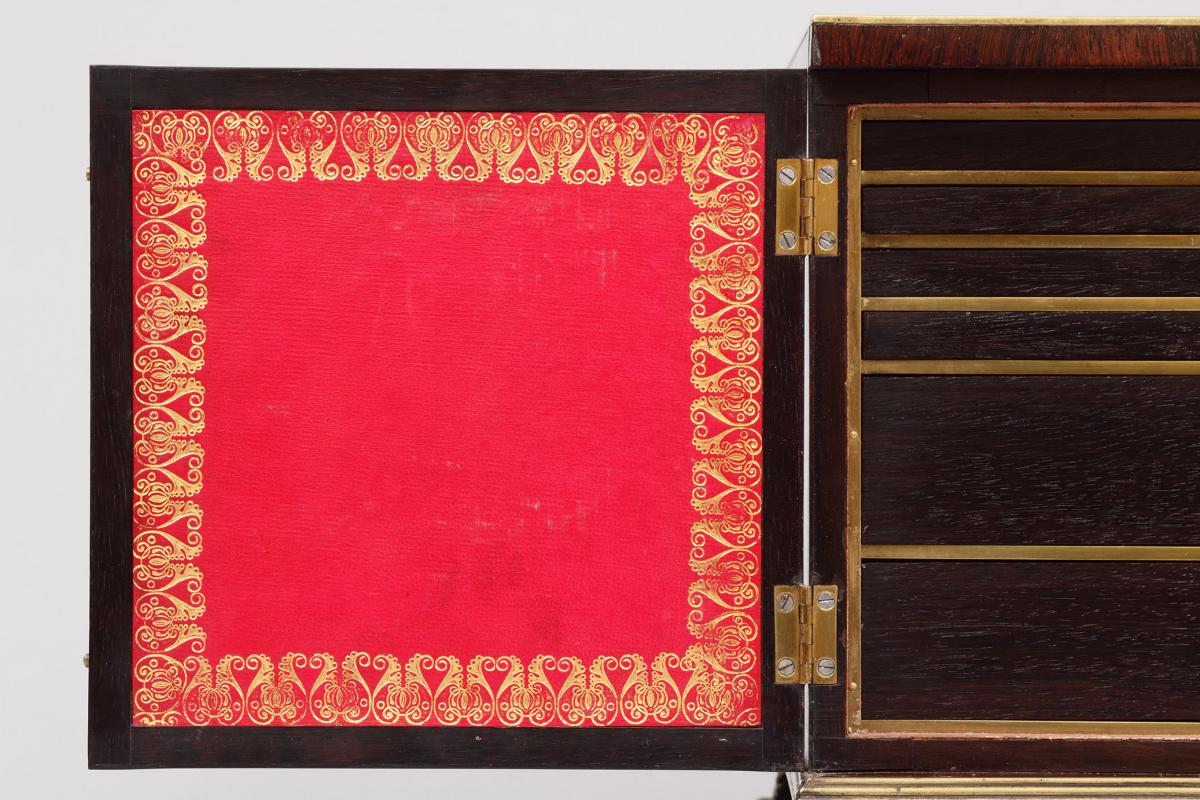 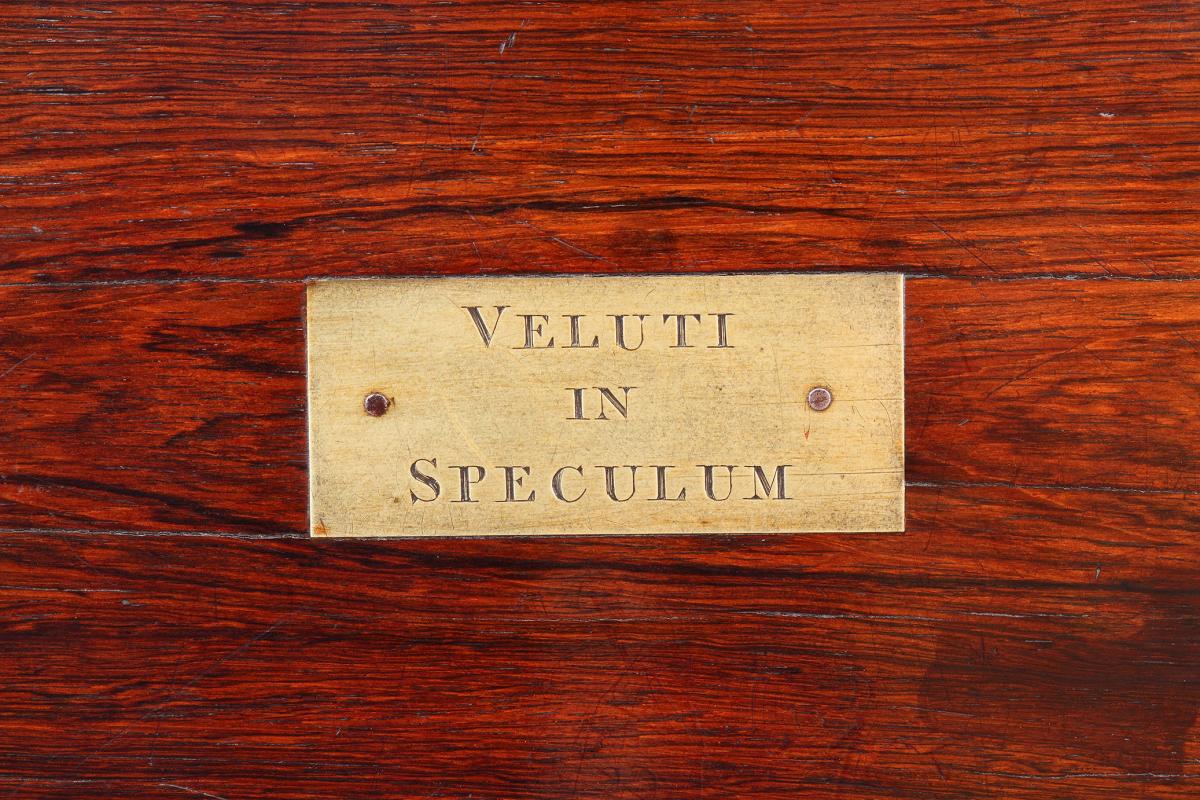 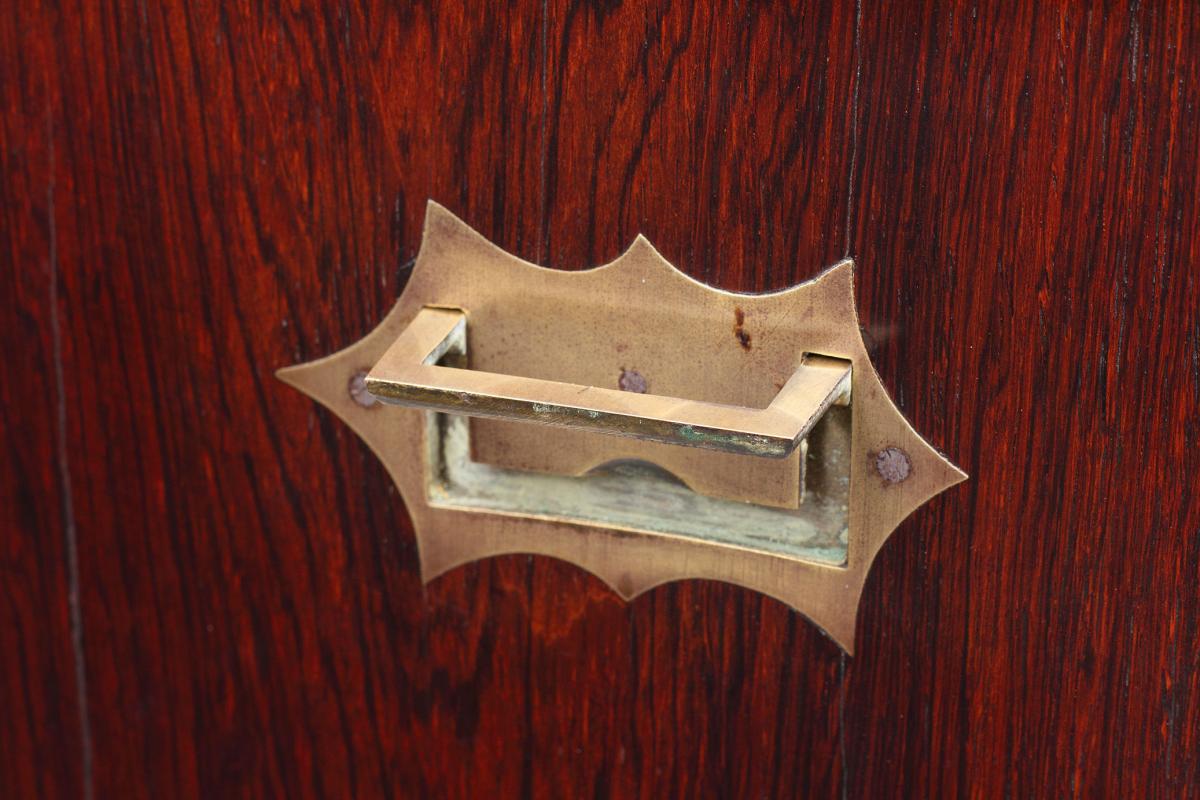 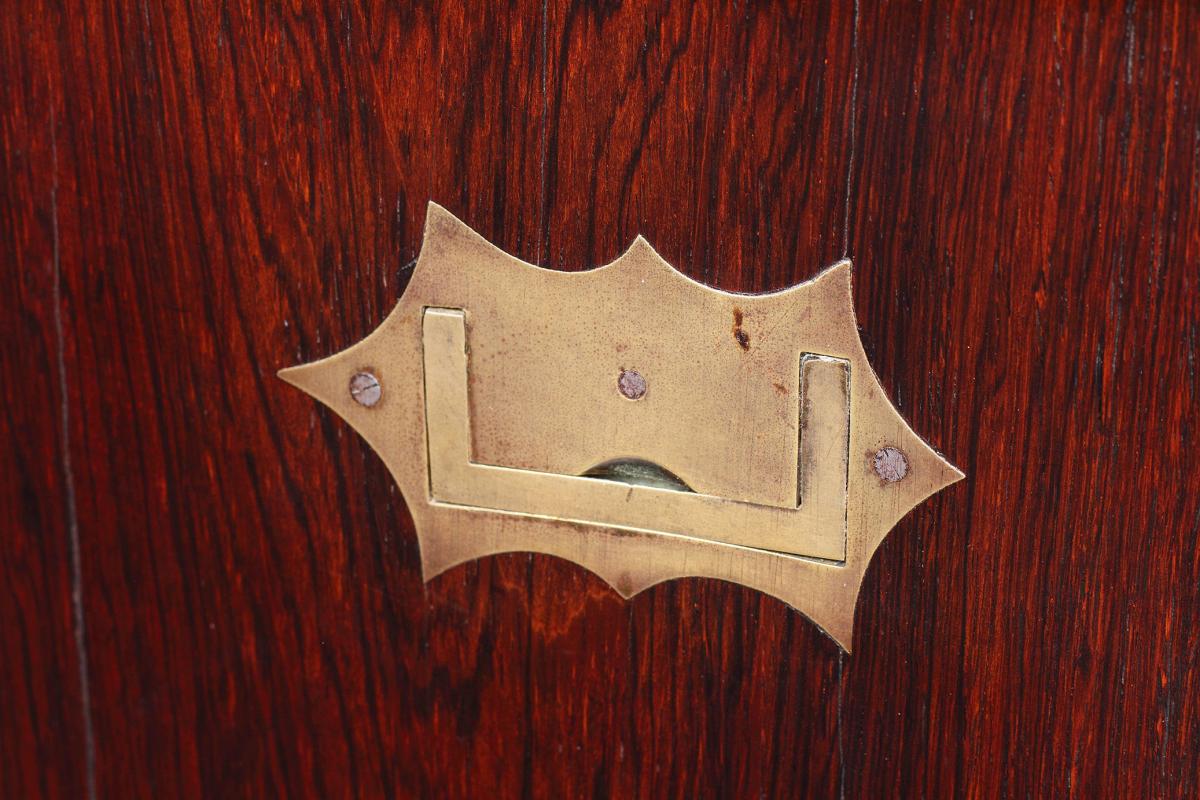 During the last years of the 18th century French influence had been much in evidence in England with Parisian ‘marchand-merciers’ providing furniture for the Prince of Wales’s London residence, Carlton House, as well as fulfilling orders from other English aristocrats such as the Duke of Bedford.

In reaction to this fashionable trend for Napoleonic designs and motifs, Thomas Hope, a banker, connoisseur and archaeological antiquarian, advocated a return to ‘the pure spirit of Antiquity’.

This publication had considerable influence in promoting the so called “antique’ or ‘Modern Greek’ style fashionable during the Regency period.

The renewed interest in antiquity introduced a taste for collecting cameos, bronze plaquettes, coins and medallions, and cabinets in the modern ‘Greek’ style were deemed suitable for ‘masculine’ surroundings such as libraries. 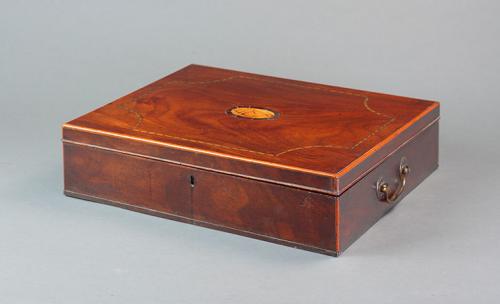 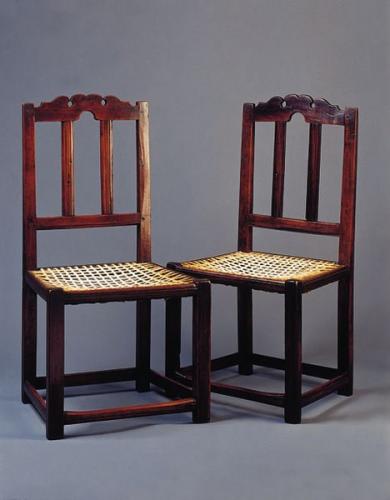