The enamel and gold Nelson memorial ring made for his aunt, Mrs Thomasine Goulty (1733-1821), 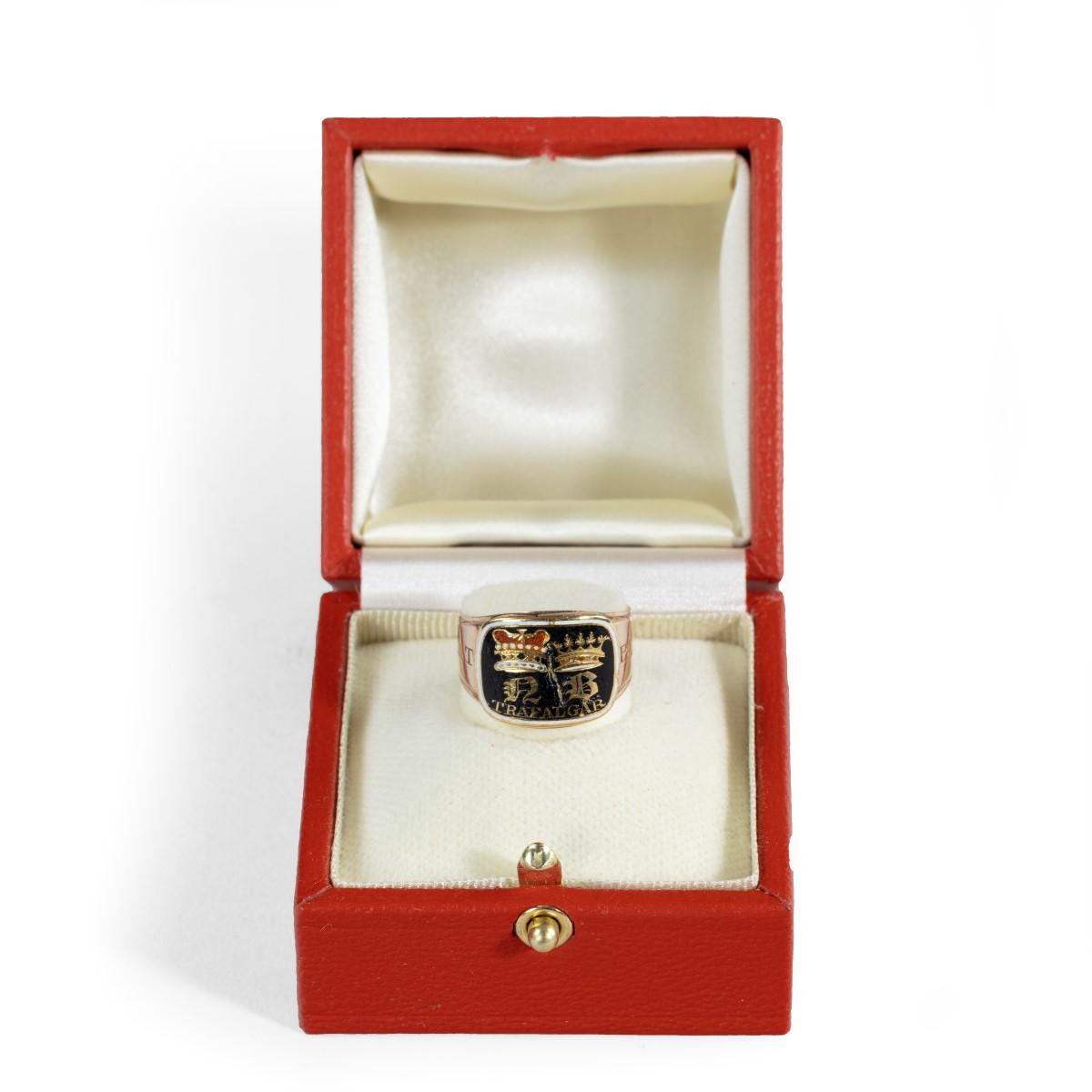 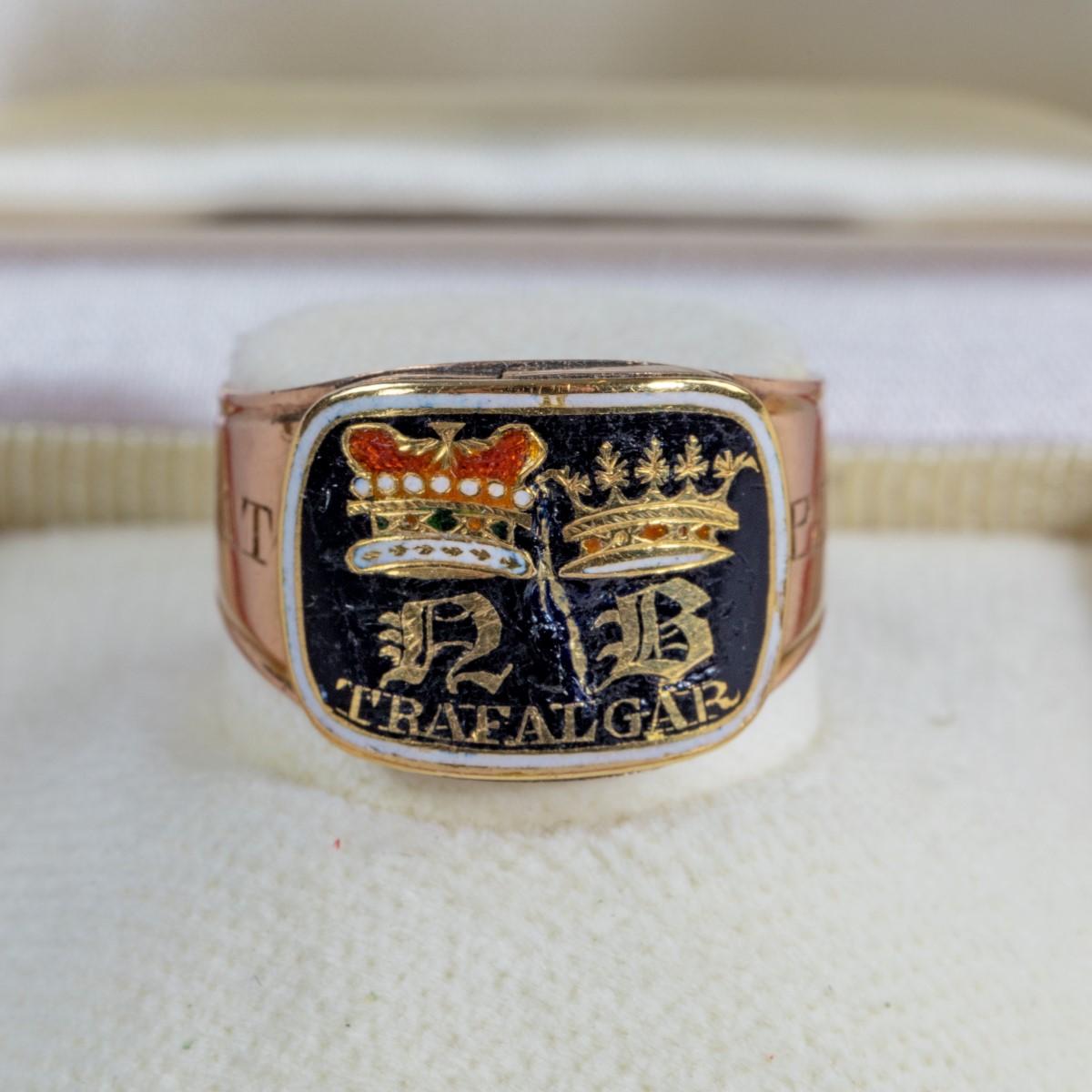 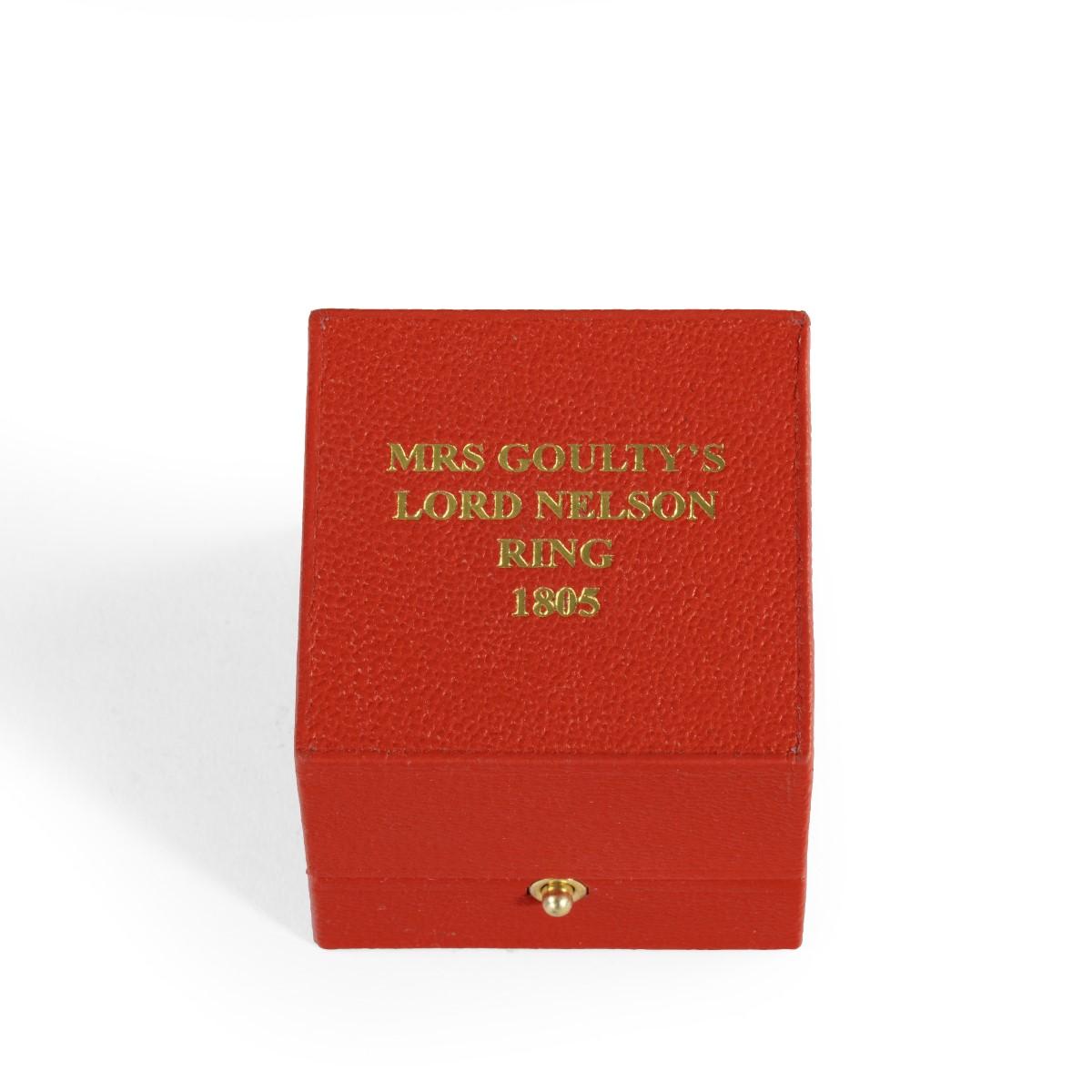 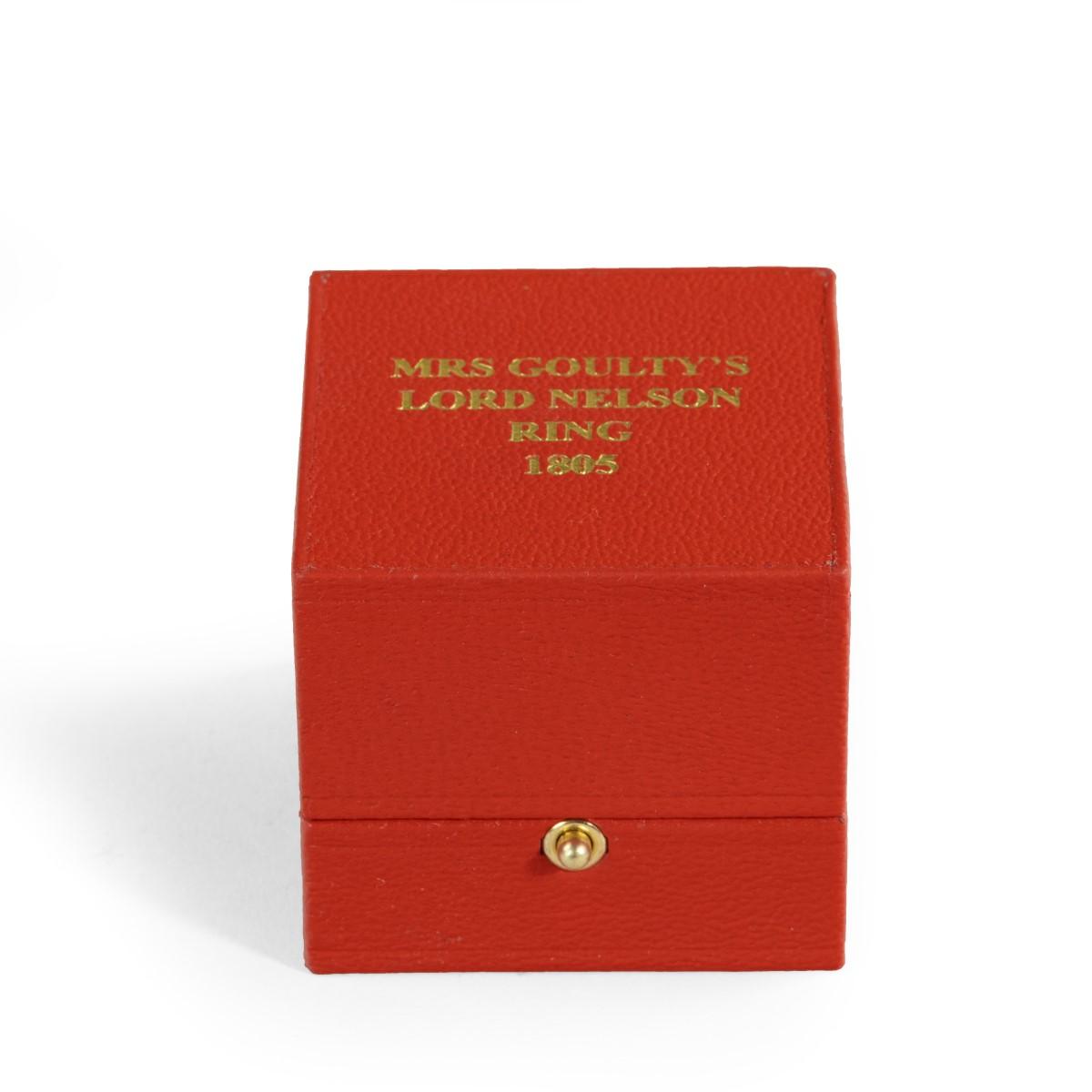 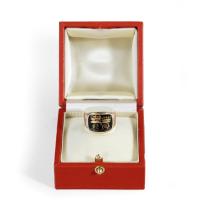 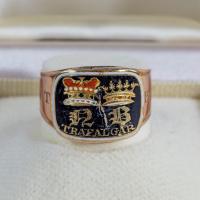 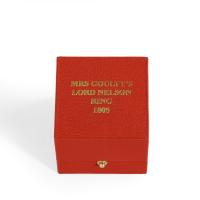 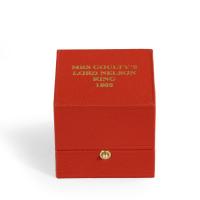 The enamel and gold Nelson memorial ring made for his aunt, Mrs Thomasine Goulty (1733-1821), commemorating the death of Admiral Viscount Nelson at the Battle of Trafalgar, the shank is engraved with Nelson’s heraldic motto: ‘Palman Qui Meruit Ferat’ (Let him bear the palm of Victory who has won it)

Mounted with a rectangular plaque enamelled in black and decorated with the initials in gothic script: N B surmounted, respectively, with a viscount’s and ducal coronet.

The reverse of the plaque is inscribed: Lost to this Country 21 Oct 1805 aged 47.  By John Salter, Jeweller & Goldsmith, 35 Strand, London. Some damage to the enamel.

Nelson had been a client and friend of Salter who managed to complete the large order ahead of Nelson’s State Funeral on 9 January 1806 at a total cost of £139 10s.  A manuscript in the British Library apparently lists the rings’ recipients, including thirty-one family members.

Today, most of the rings, which were unnamed, survive in public and private collections around the world including three examples at the National Maritime Museum, Greenwich. 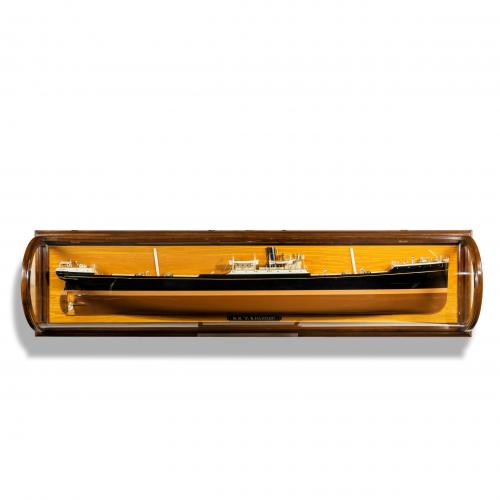 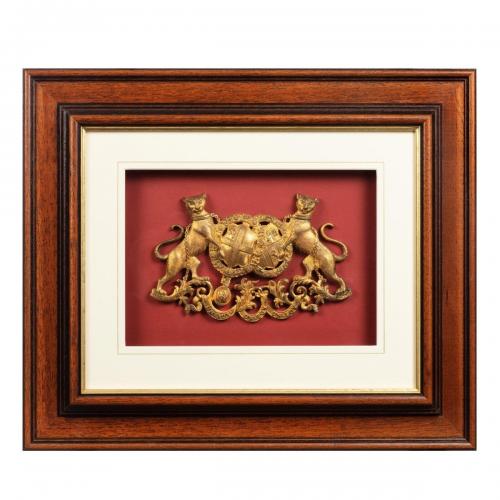 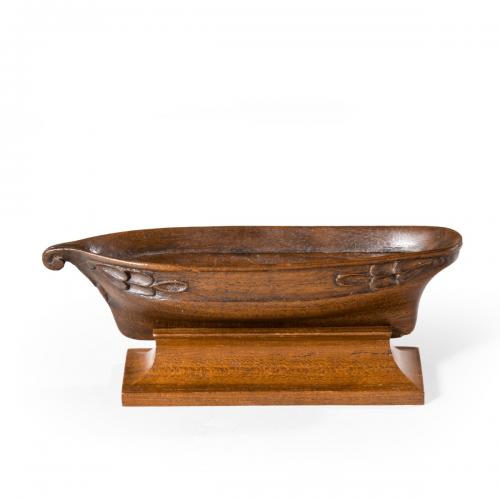