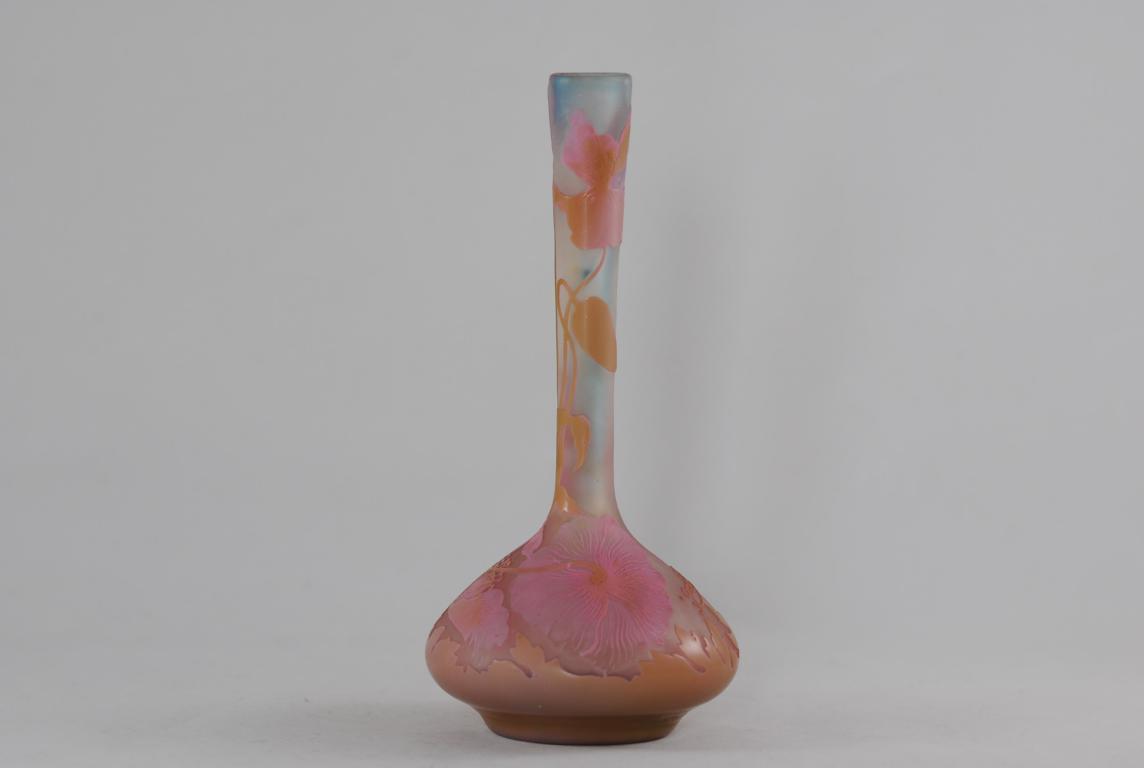 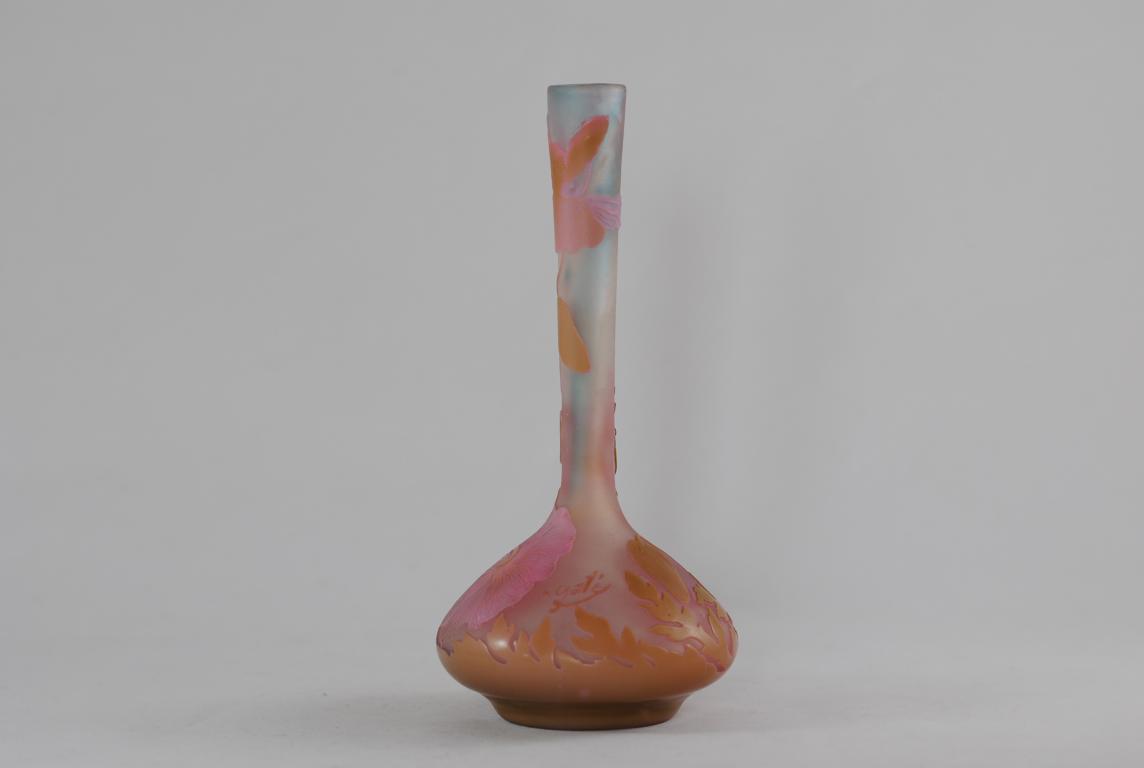 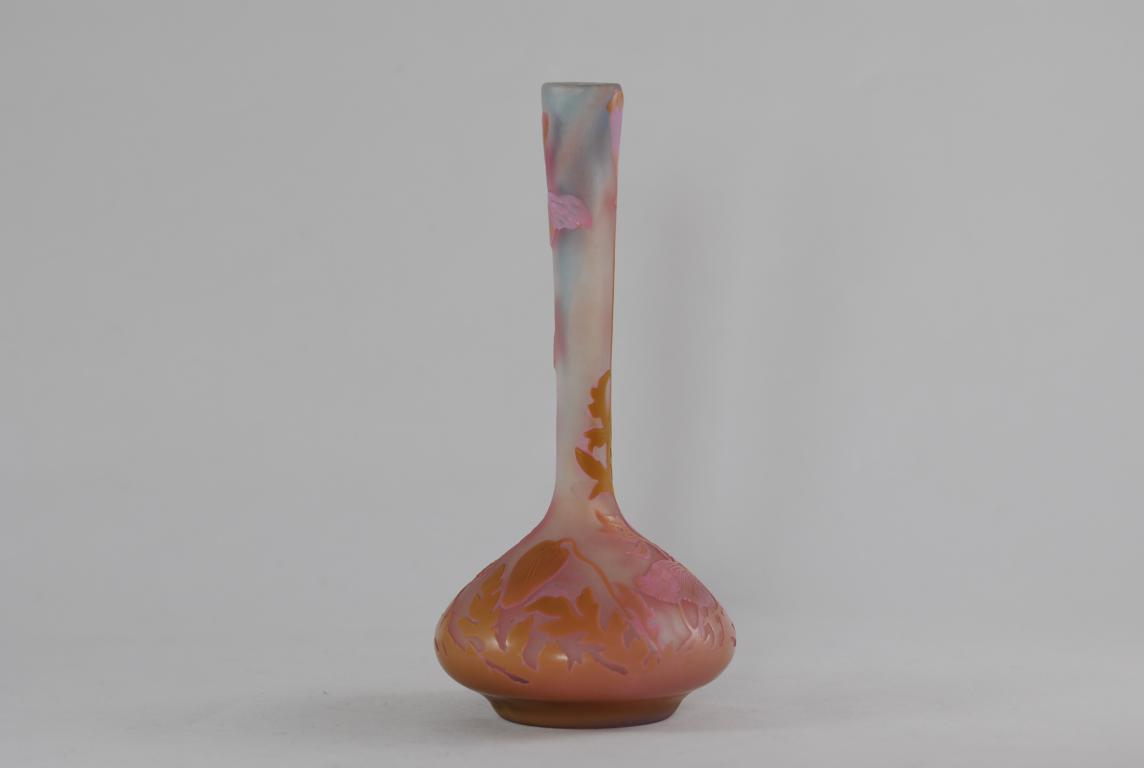 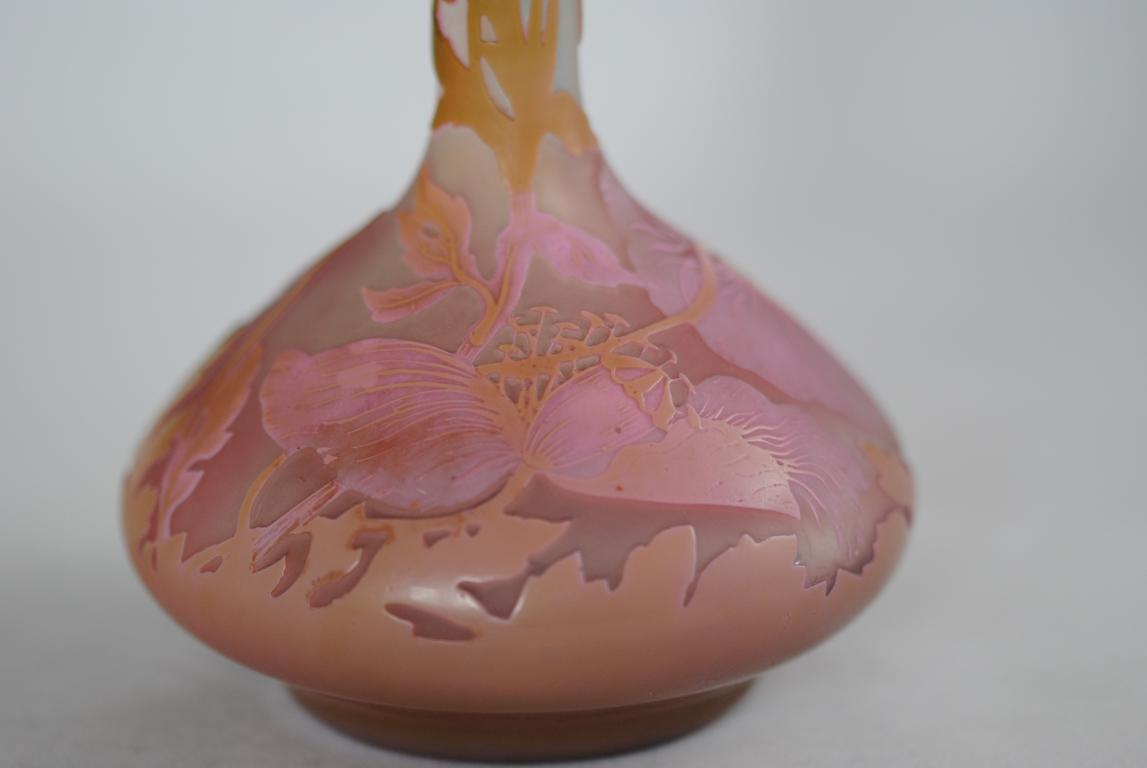 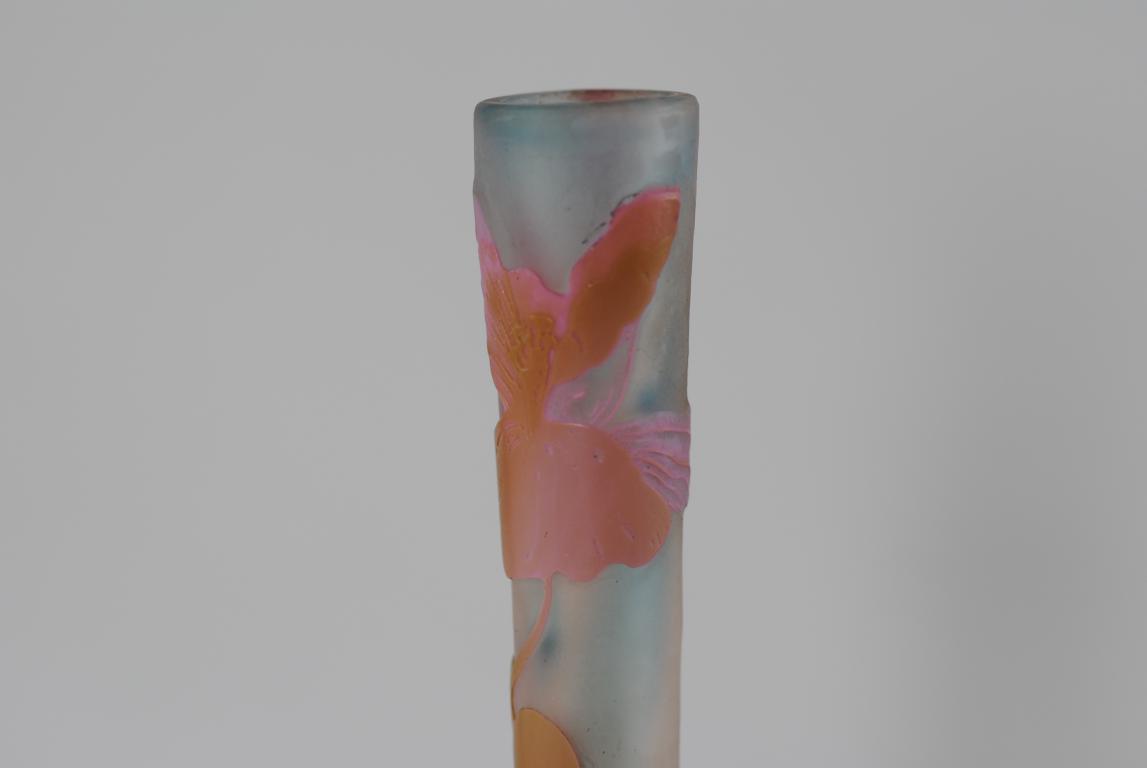 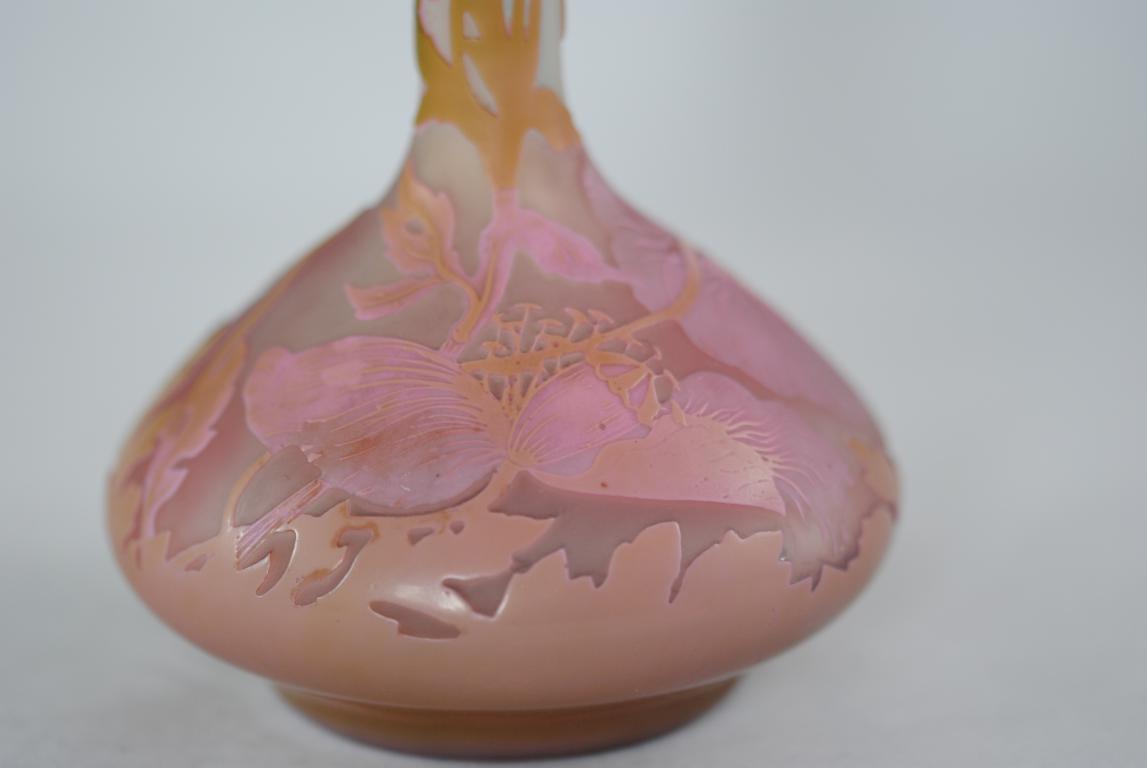 A beautiful Art Nouveau Emile Galle cameo glass solifleur vase c 1904/5. The 3 colour vase is finely and beautifully decorated with a design of poppy flowers, leaves and buds. An unusual conical base with a long slender neck that widens towards the top.

Cameo signature Galle with a star. Acid etched and fire polished this is a fine example of the quality workmanship produced by Galle. A beautiful piece that would enhance any home

Approx 20cm tall and 9 cm at its widest