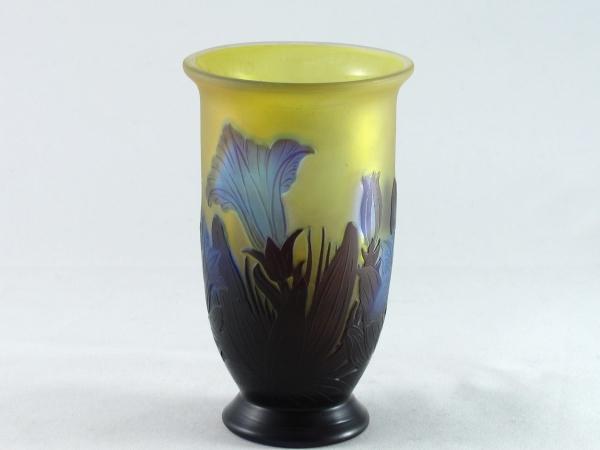 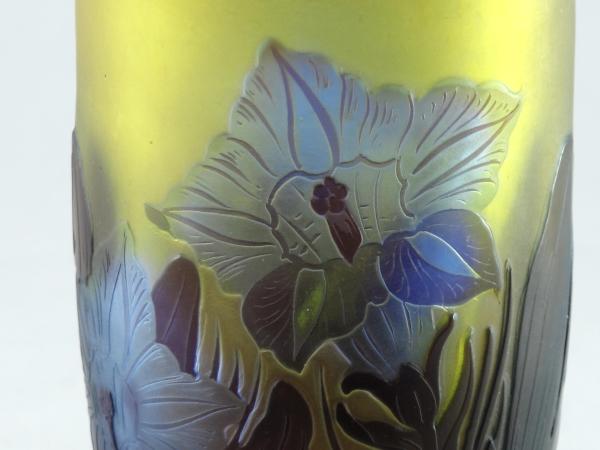 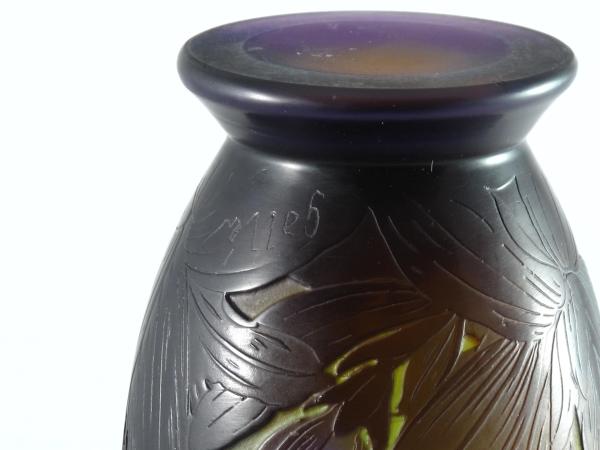 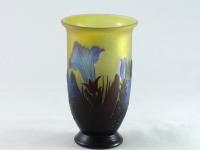 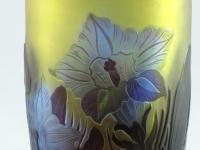 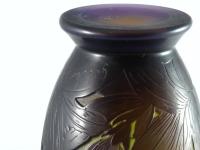 A beautiful Art Nouveau Emile Galle cameo glass vase c 1900. The 3 colour vase is finely and beautifully decorated with a design of flowers and leaves. The vase is further enhanced by internal polishing which highlights the colours of the flowers.

Engraved signature Galle, Acid etched and fire polished this is a fine example of the quality workmanship produced by Galle. A beautiful piece that would enhance any home

Approx 17 cm tall and 8 cm at its widest