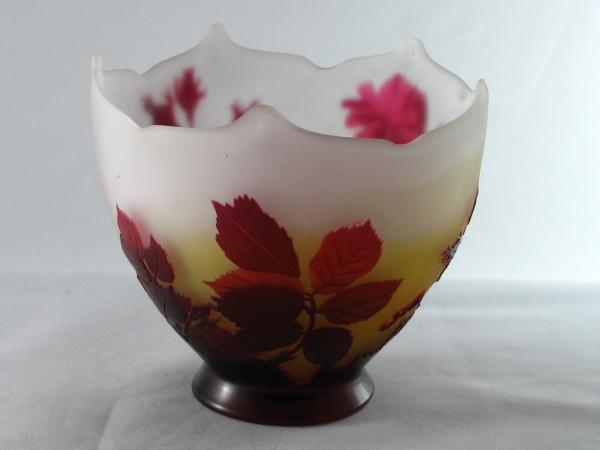 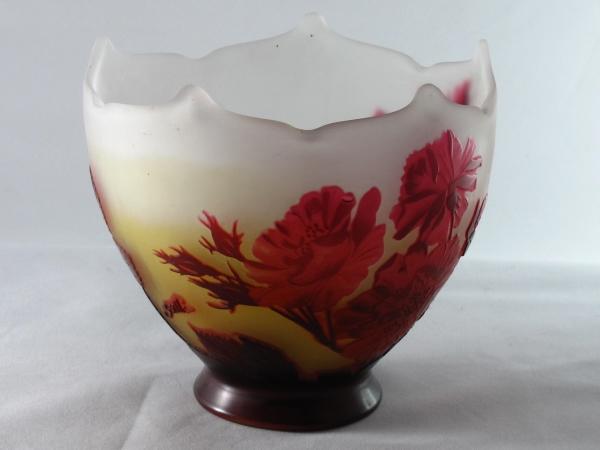 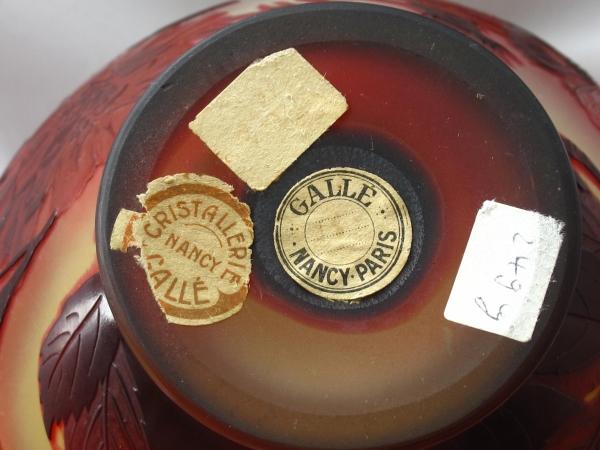 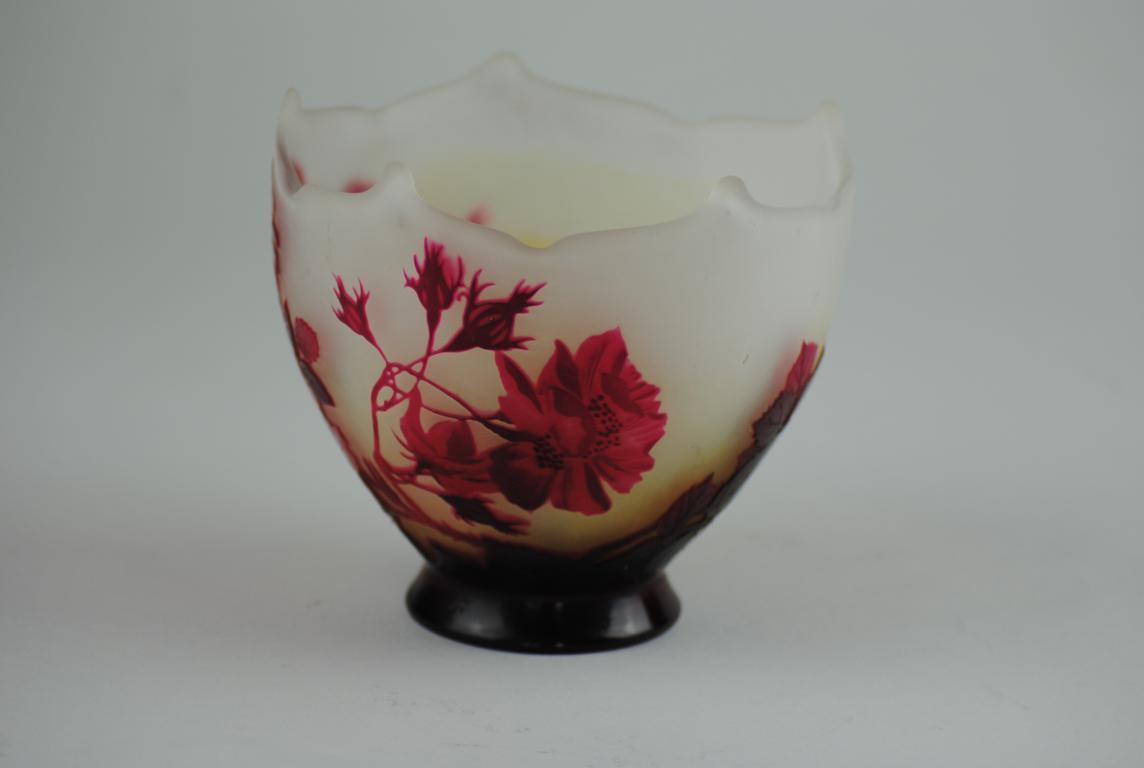 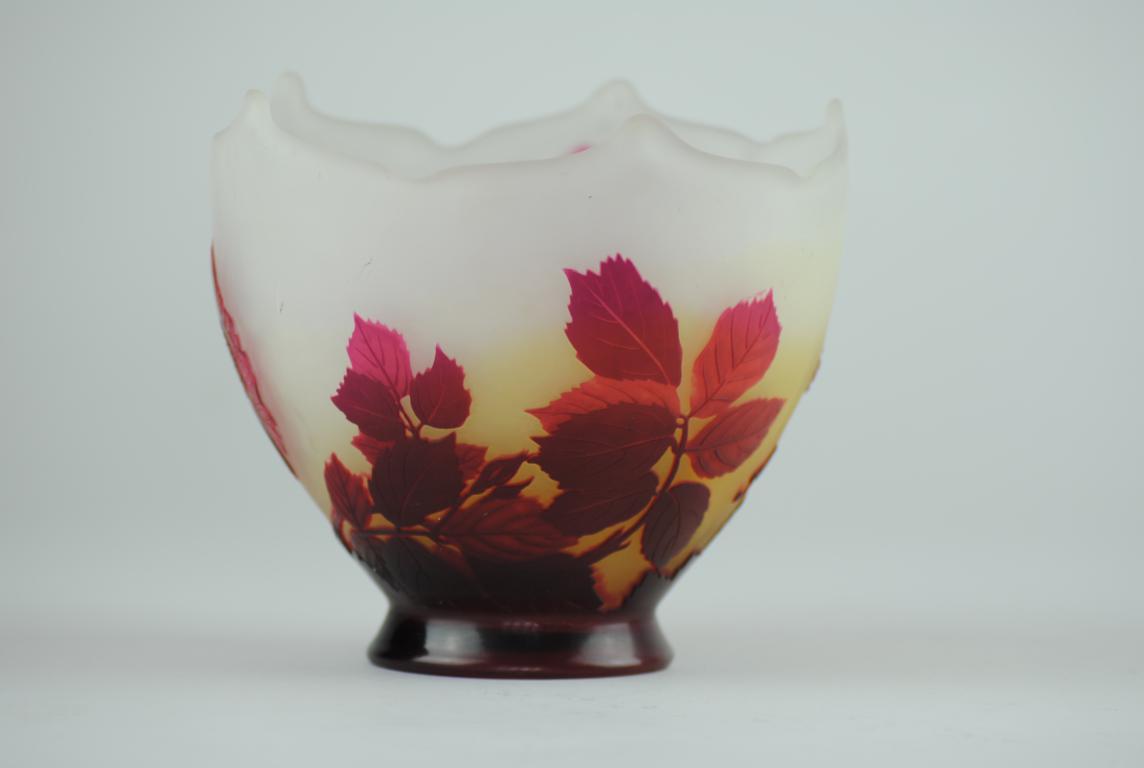 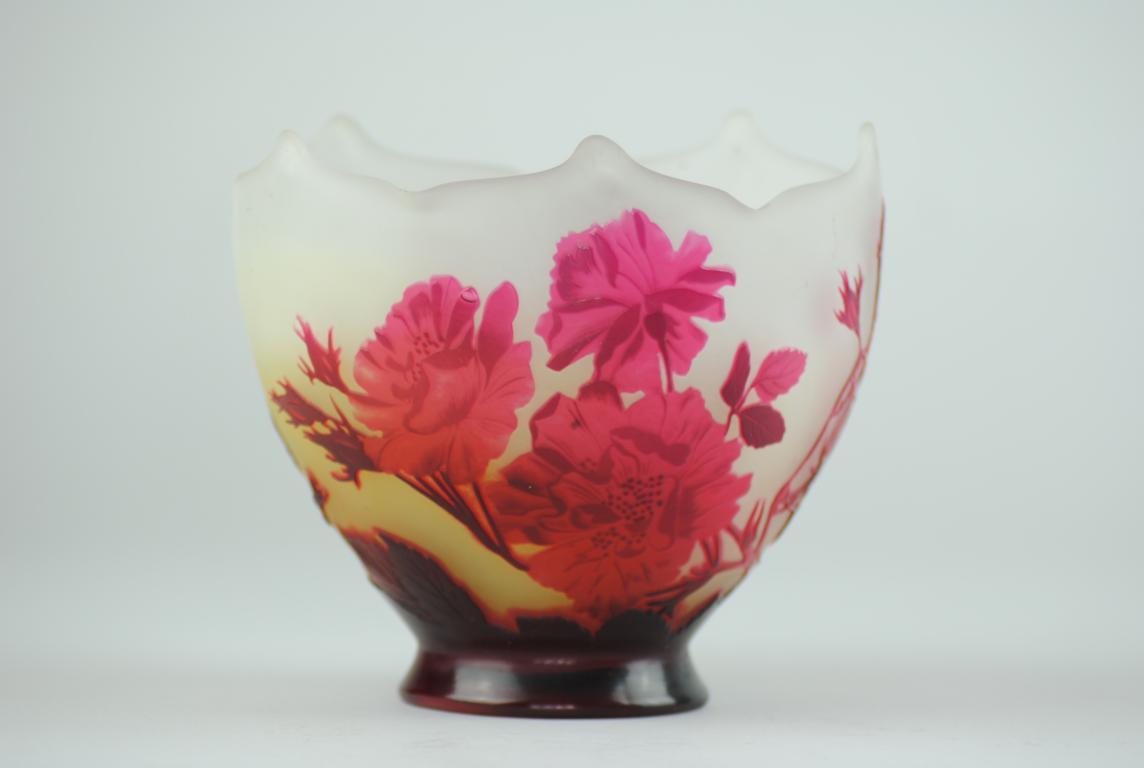 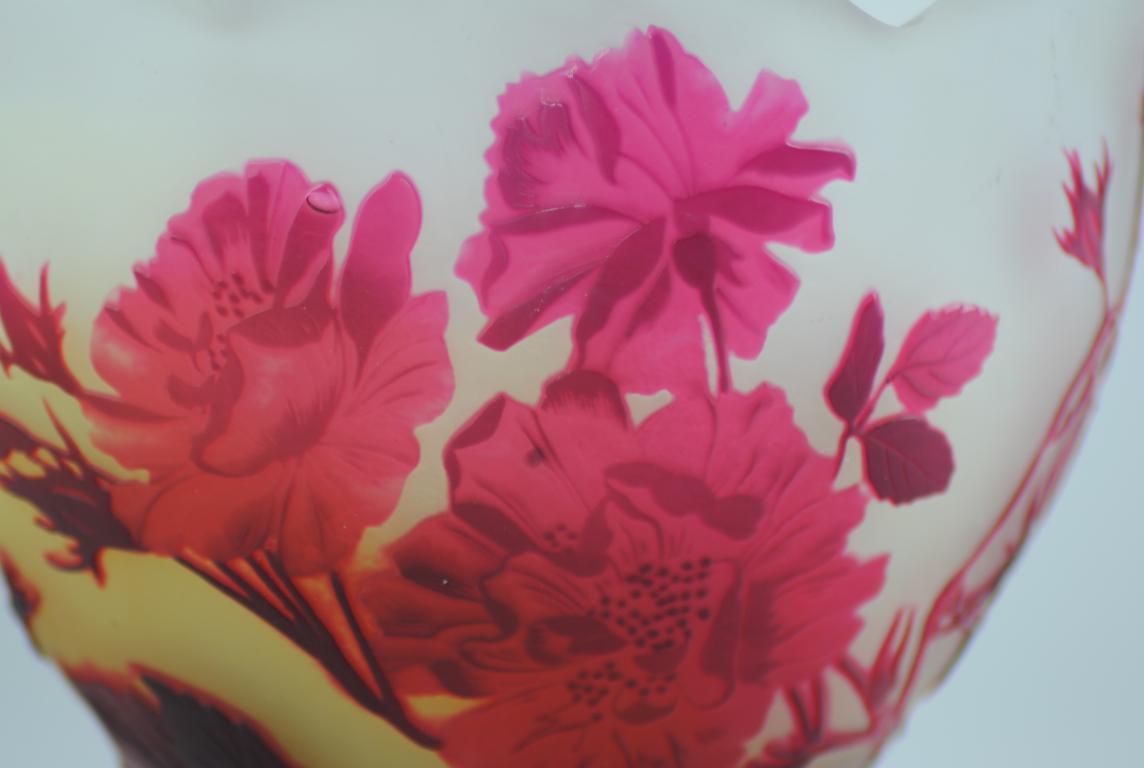 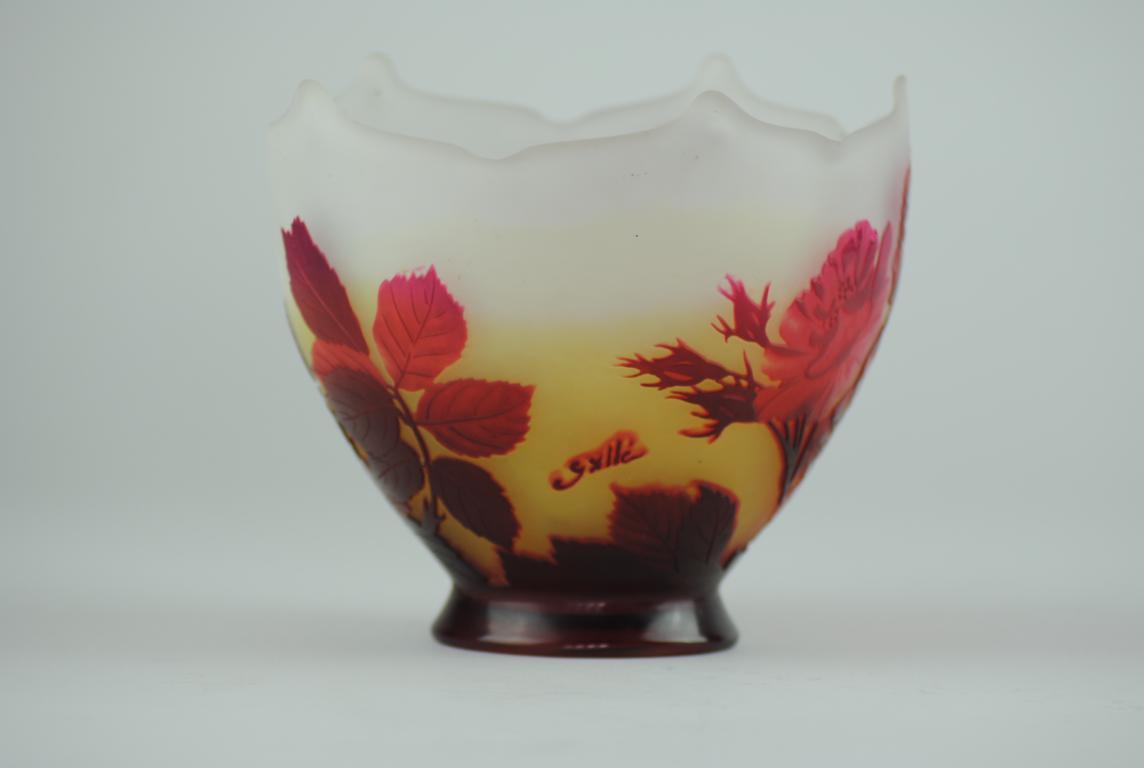 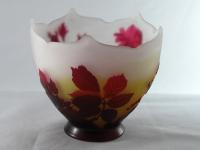 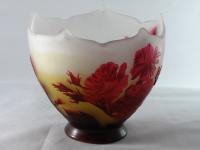 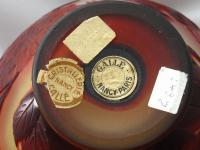 A beautiful Art Nouveau Emile Galle cameo glass vase c 1900 with original Galle label. The 3 colour vase is finely and beautifully decorated with a design of rose flowers and leaves. Signed in cameo Galle, the vase is further enhanced by 5 pinched areas to make the piece even more unusual.

Acid etched and fire polished this is a fine example of the quality workmanship produced by Galle. There is also an original Galle Nancy Paris label and another label for Cristallerie Galle. A rare and unusual piece.

Excellent original condition but there are white marks within the inside of the glass. These would have been present at manufacturing