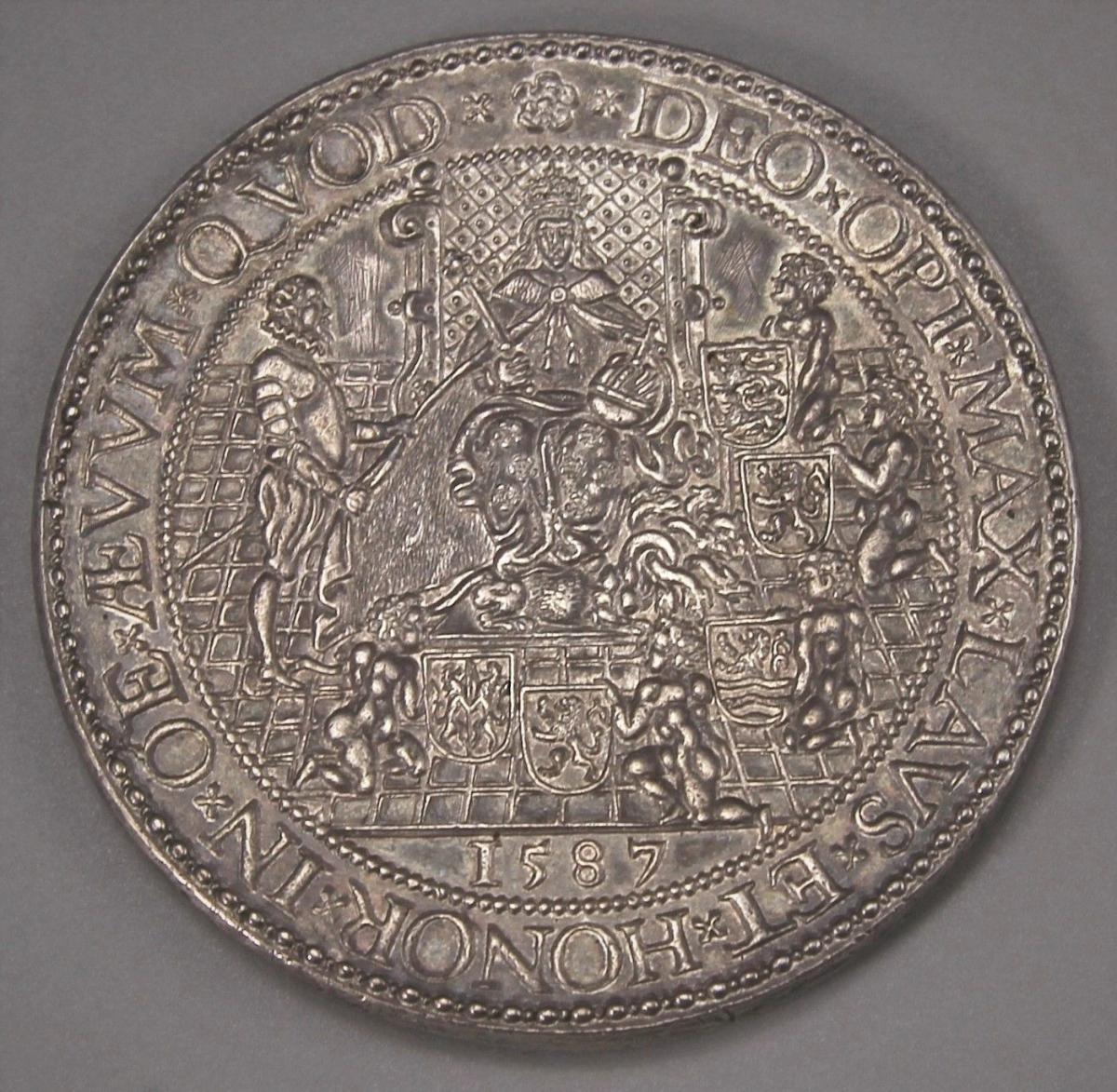 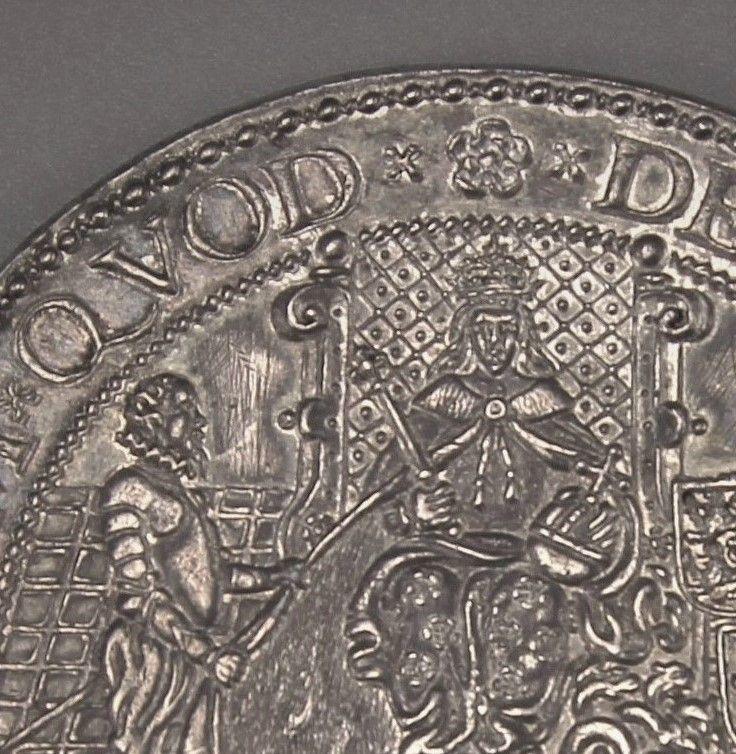 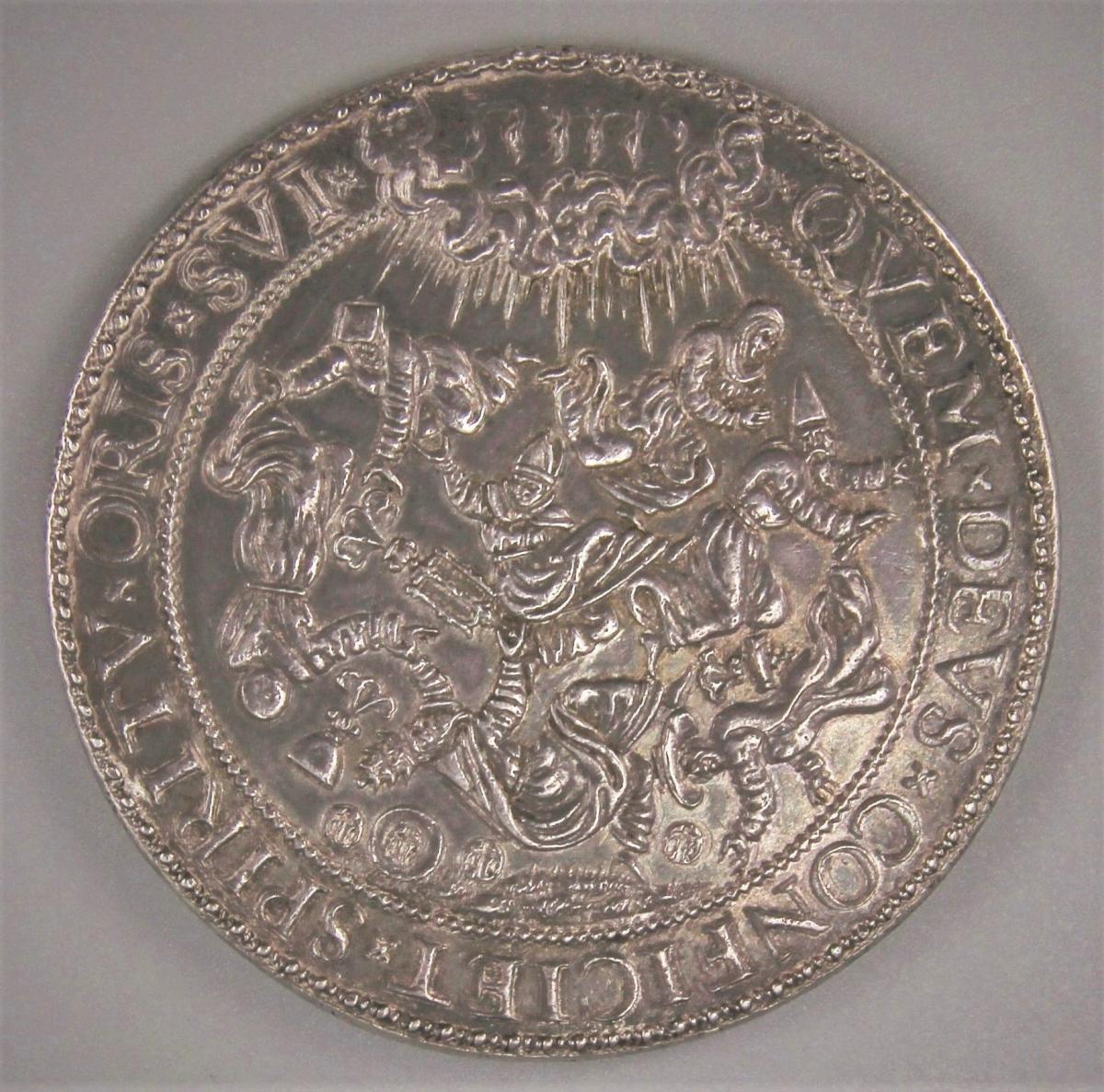 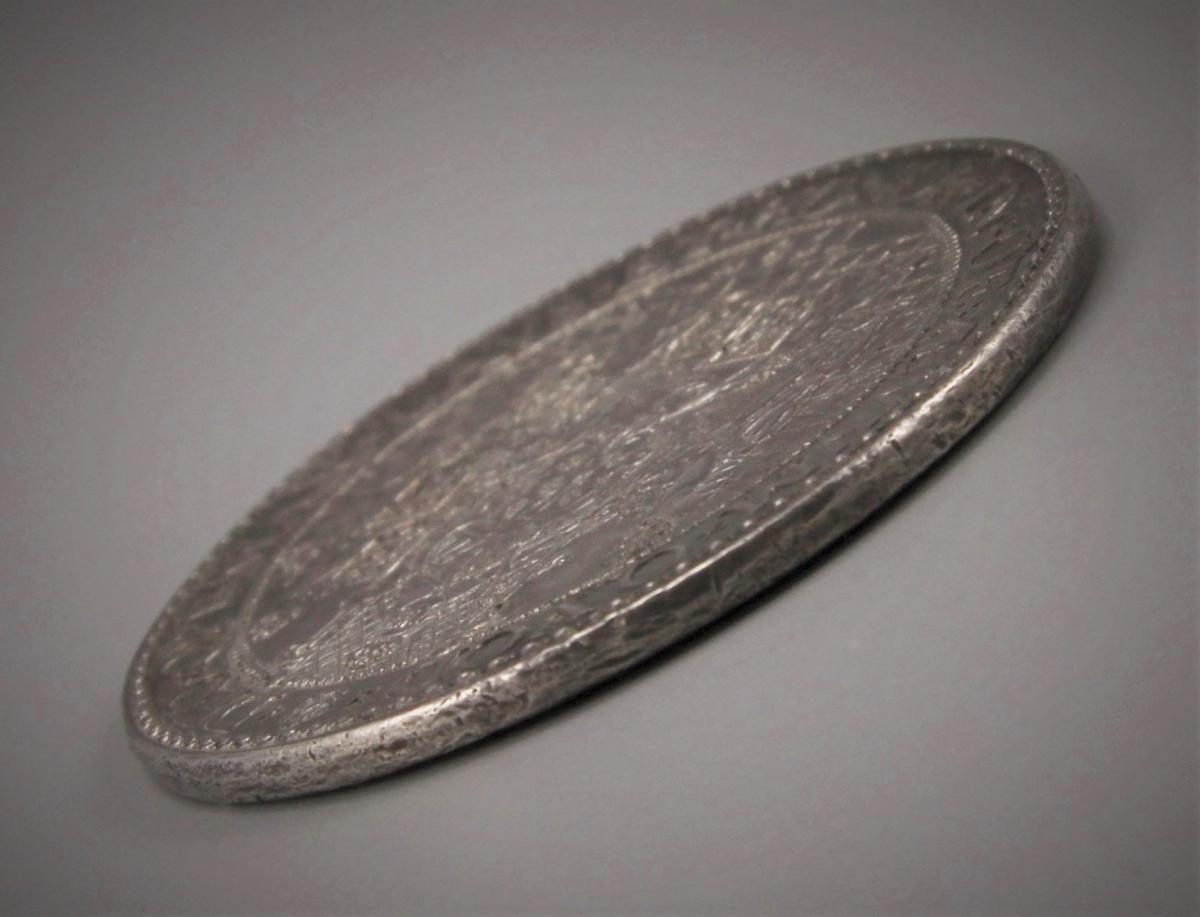 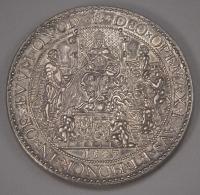 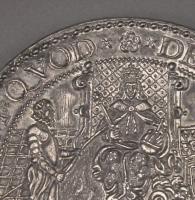 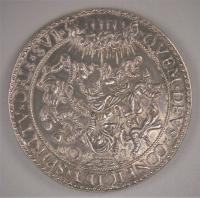 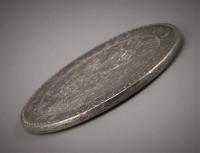 Rare and impressive silver medal of Elizabeth I supporting the Protestants in Belgium.

Medallic Illustrations, Volume I, page 139/99 describes the medal as follows:
"Elizabeth, seated facing, on her throne, tramples on a hydra:
Leicester, with his foot on its tail, seizes her robe imploringly; five naked boys, kneeling and bearing shields of Guelder-land, Holland, Zealand, Utrecht, and Friesland, indicate the Provinces for which he intercedes. Leg. DEO.OPT.MAX.LAVS.ET.HONOR.IN.OE.ÆVVM.QVOD. (To the best and greatest God be praise and honour for ever, because.) Ex. 1587. m.m.Rose.
Reverse. Pope, bishops and other ecclesiastics, with chalice, wafers, &c., falling from heaven, where appears the name of Jehovah in Hebrew. Leg. QVEM.DEVS.CONFICIET.SPIRITV.ORIS.SVI. (Whom the Lord shall consume with the spirit of his mouth. -2 Thess. ii. 8.) Stops on both sides, crosses saltire.
Van Loon supposes this medal to have been struck by some over-zealous reformers and partisans of Leicester, who offered the government to Elizabeth; and throws mystery over the termination of the legend as implying more than the suppliants dare express. Now in size, style, taste and workmanship, as well as mint mark, it corresponds with other medals struck at this period by order of the States; it can then scarcely be considered as the production of a party cabal, but a fair expression of the sentiments of the Provinces. They successfully claimed the aid of Elizabeth and were thankful; and, considering Leicester the champion of their cause, they introduce him in that character upon the medal. The legend terminates abruptly for want of space, and because the meaning was sufficiently intelligible. The reverse symbolizes the defeat of the Papal party in the Provinces".

This is a beautiful and emotive medal of unusually large size showing the gratitude of the Provinces for the help given by Elizabeth I.

Robert Dudley, 1st Earl of Leicester (1586-1588), was very close to Queen Elizabeth I. He had been appointed Governor and Captain-General of the United Provinces in 1586 - one year before this medal was struck.