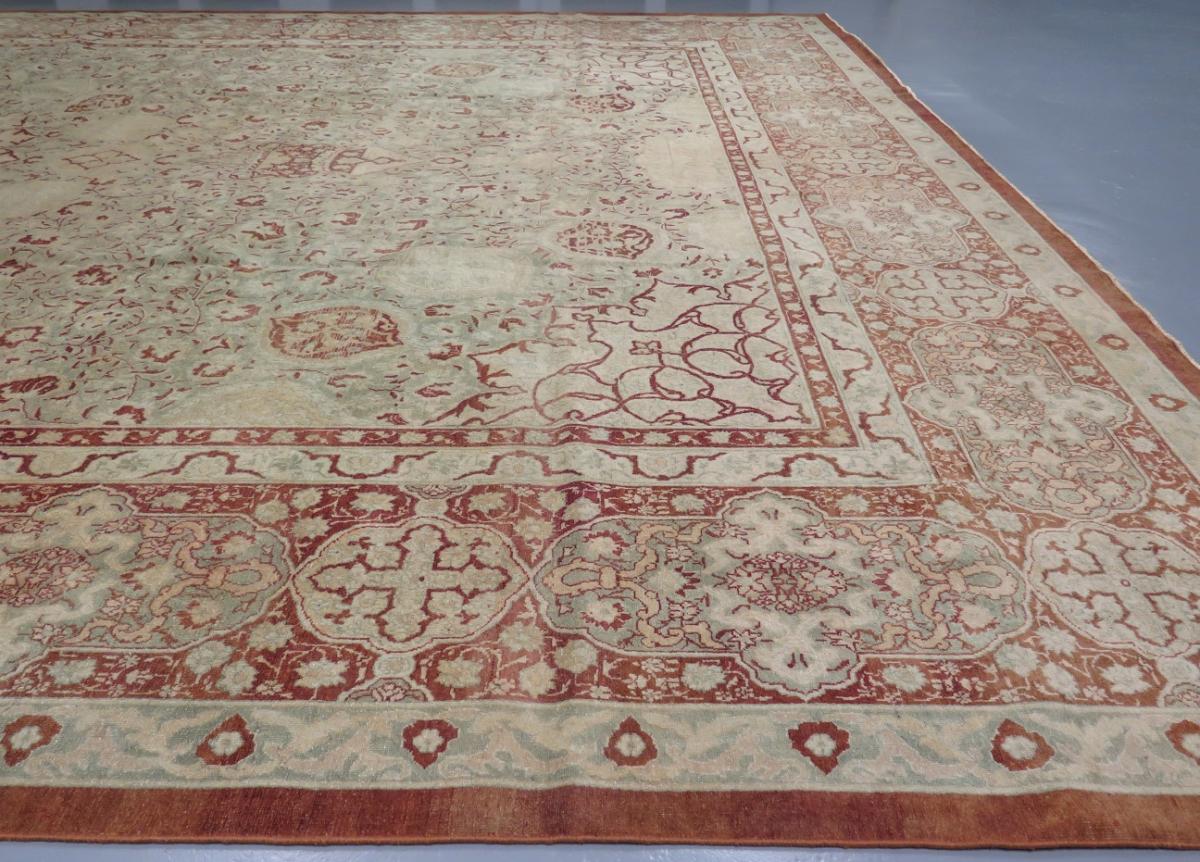 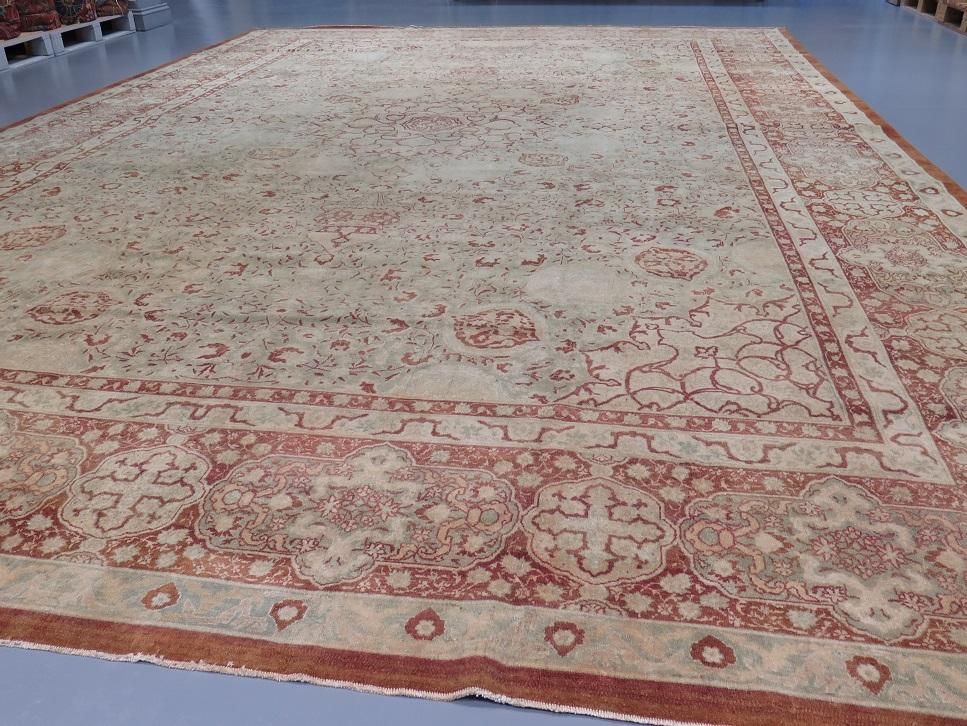 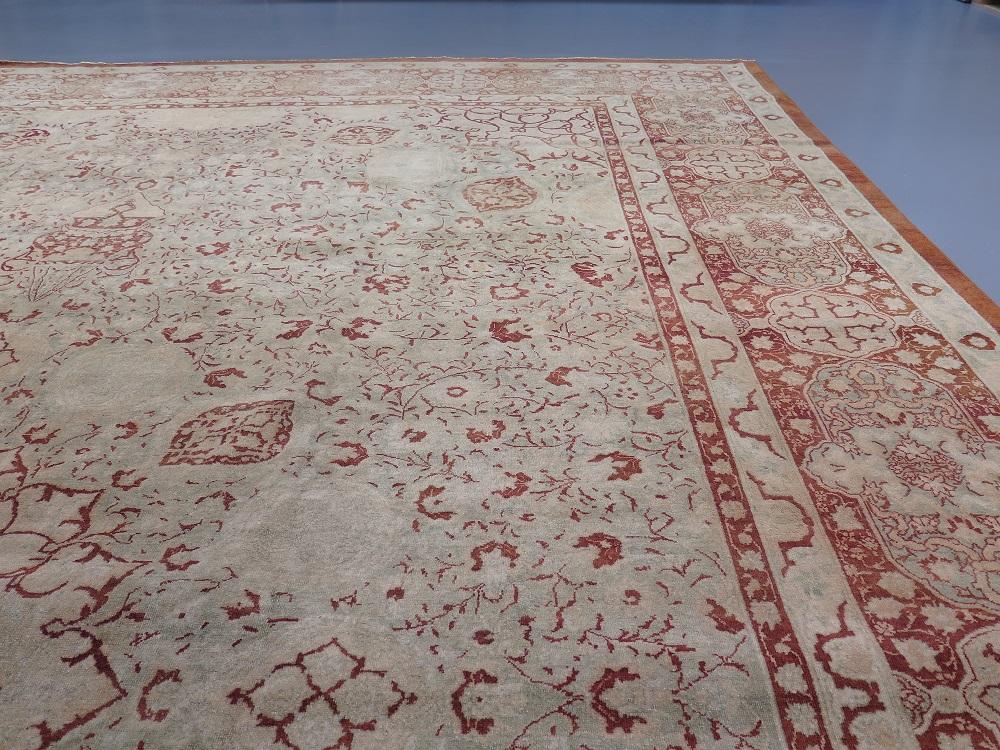 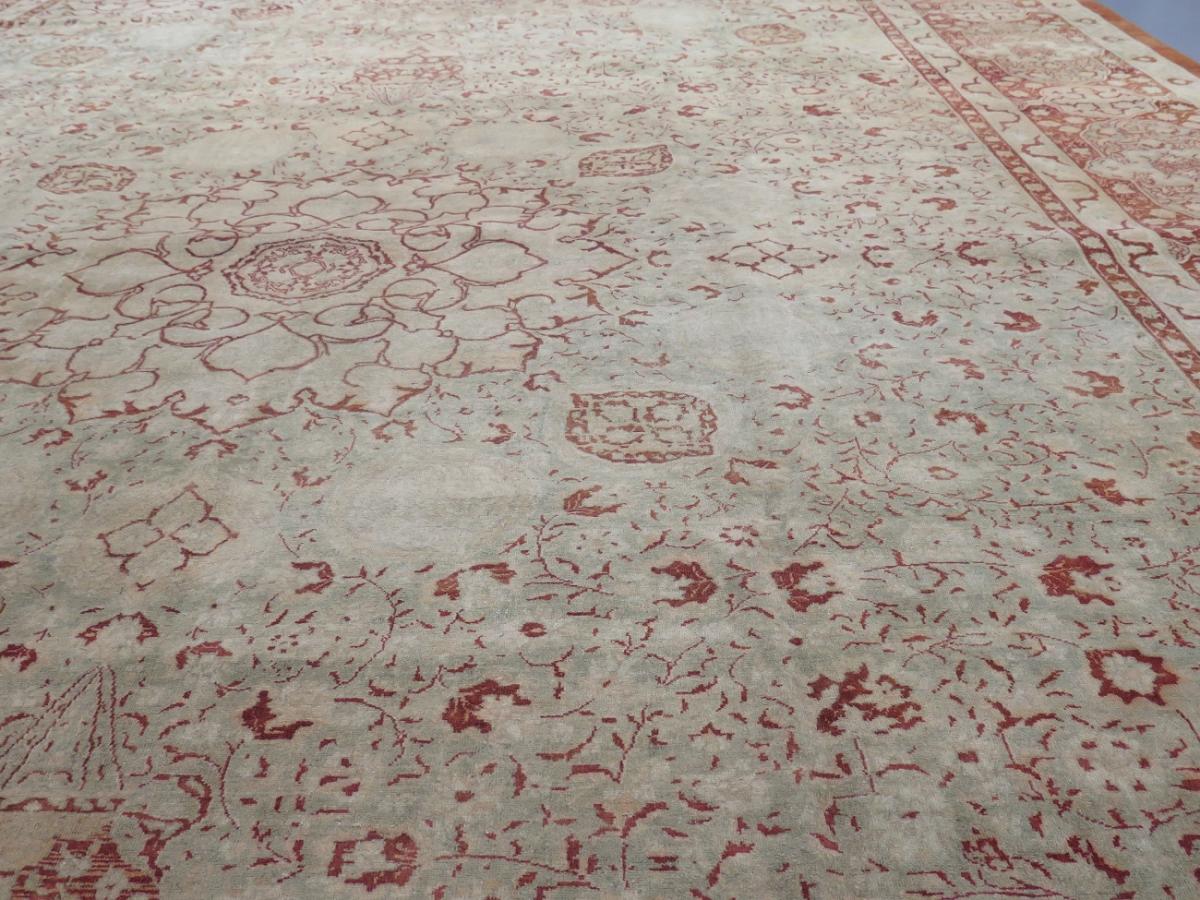 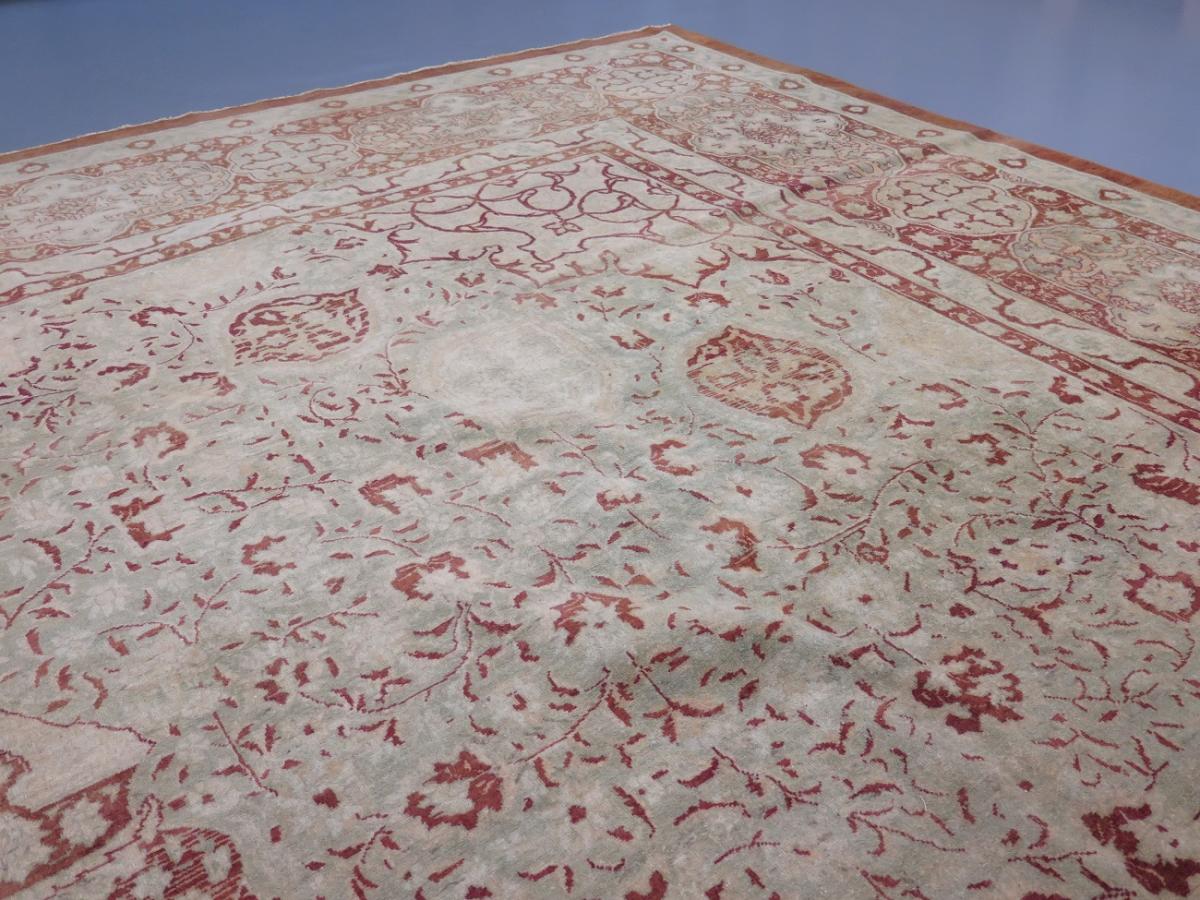 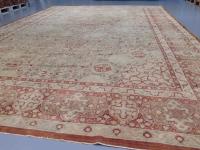 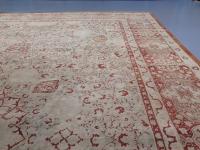 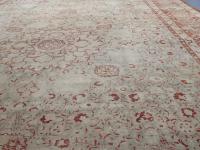 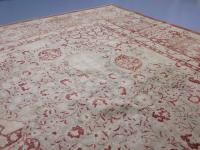 Rug creation in India has a venerable history going back to the 16th century Mughal period and was given further boost in Amritsar during the late 19th century under the auspices if British colonial rule. Amritsar carpets derived their inspiration from 17th century Persian weavings and designed but were woven with Western colours and furnishing tastes in mind which set them apart from other traditional Indian weavings.

This elegant example has a remarkable quality resulting in the clarity of its drawing. Its artistic design in inspired by late 16th century Ardebil carpets, one of which is exhibited in the V&A Museum in London. A timeless decorative piece with a rare light-green colours and soft palette.

A beauty to complement a wide variety of spaces.

In very good to excellent condition. To view this in situ or in our showroom, please contact us. 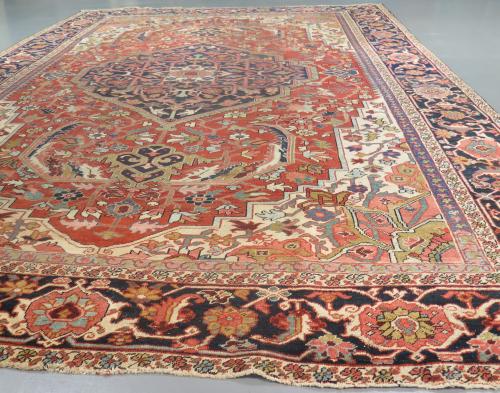