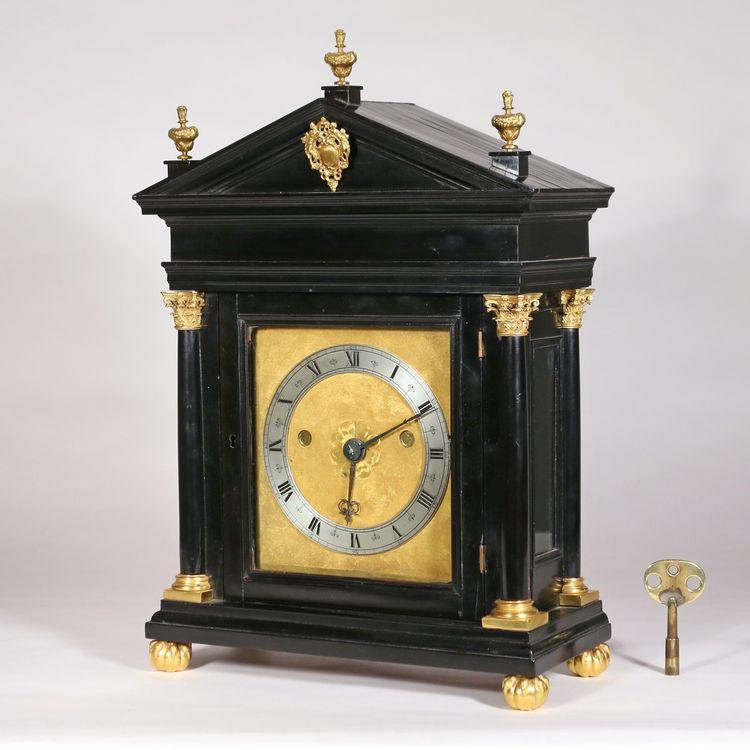 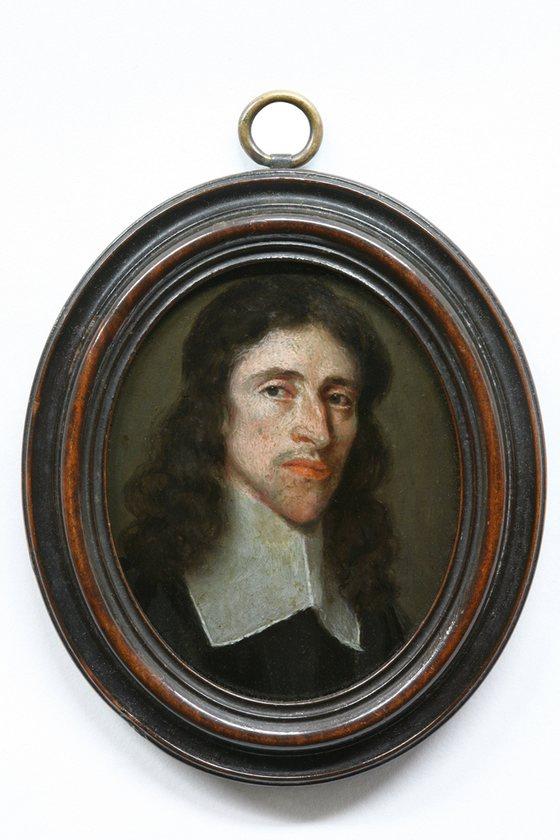 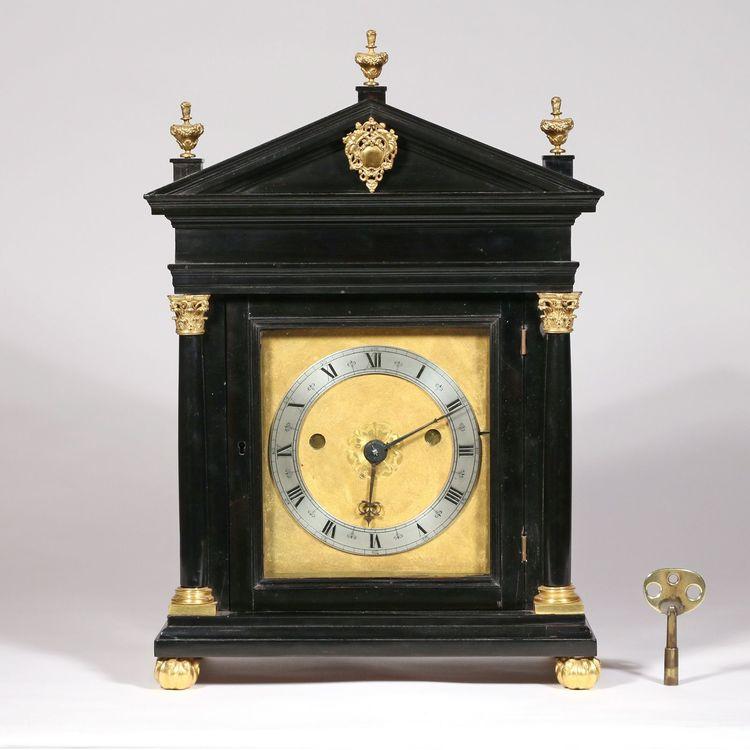 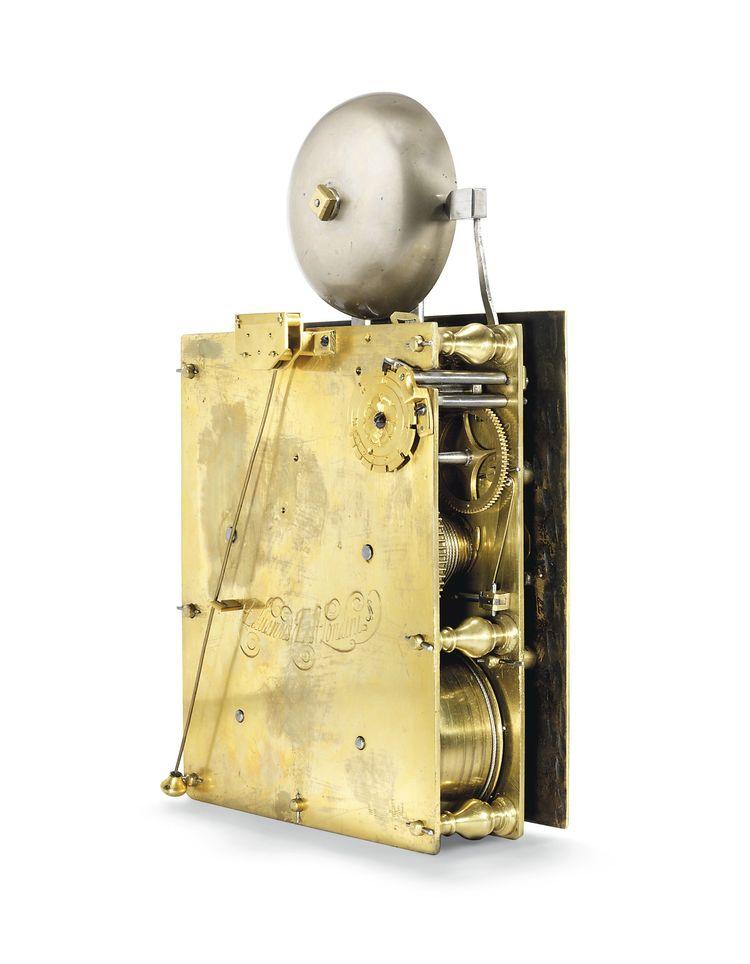 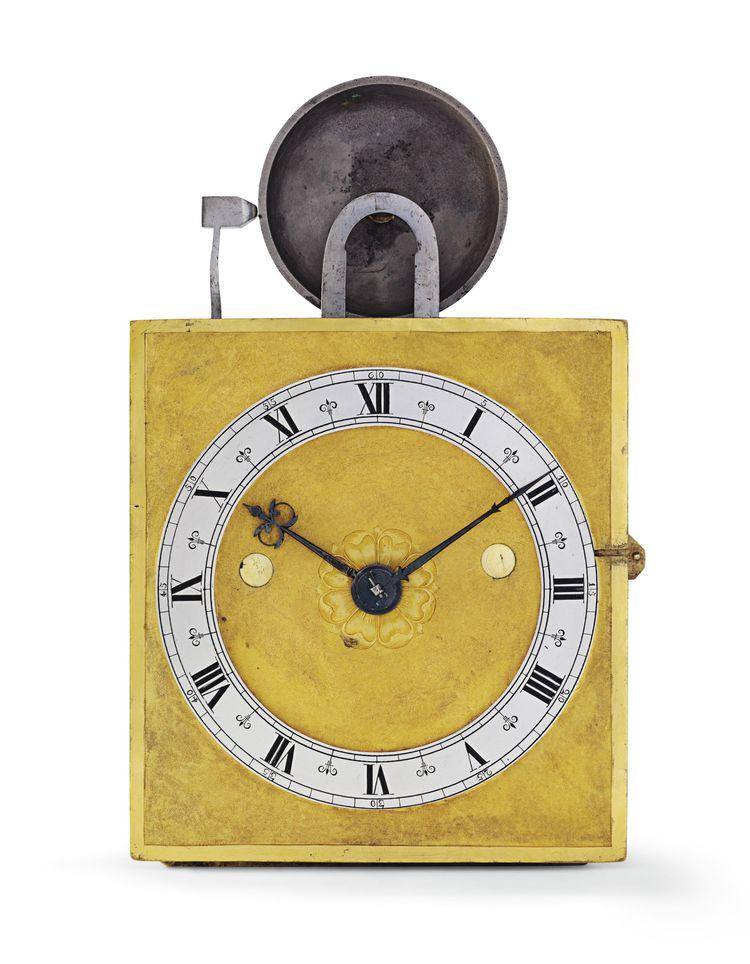 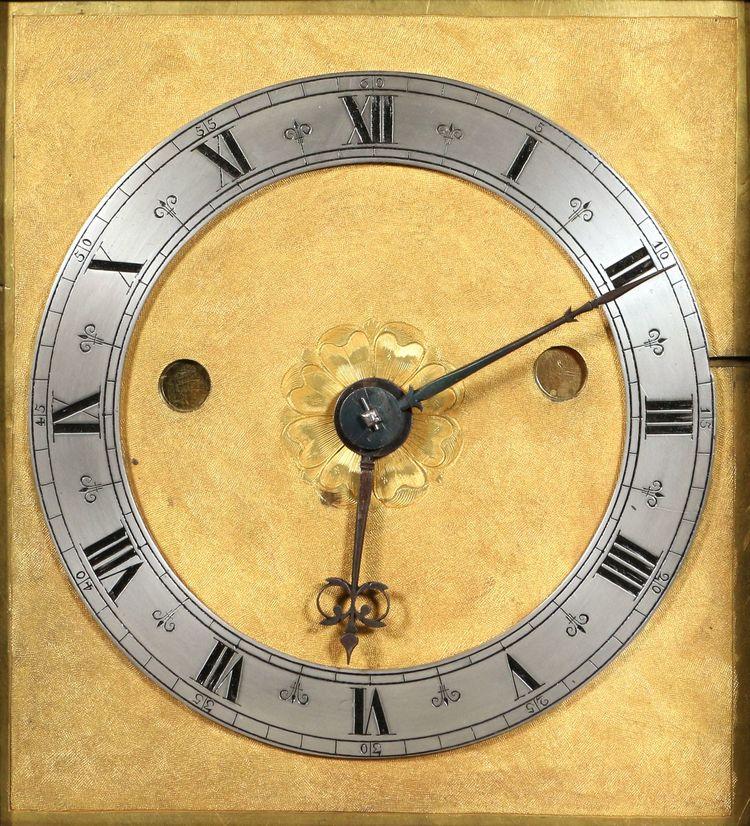 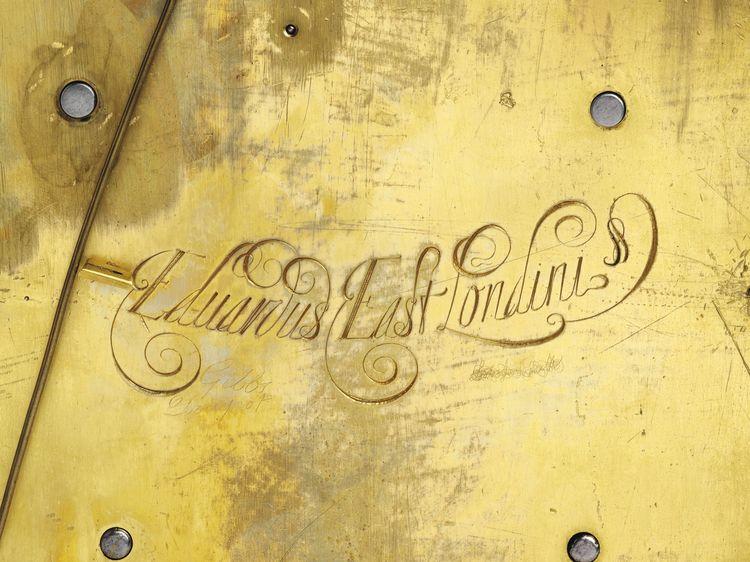 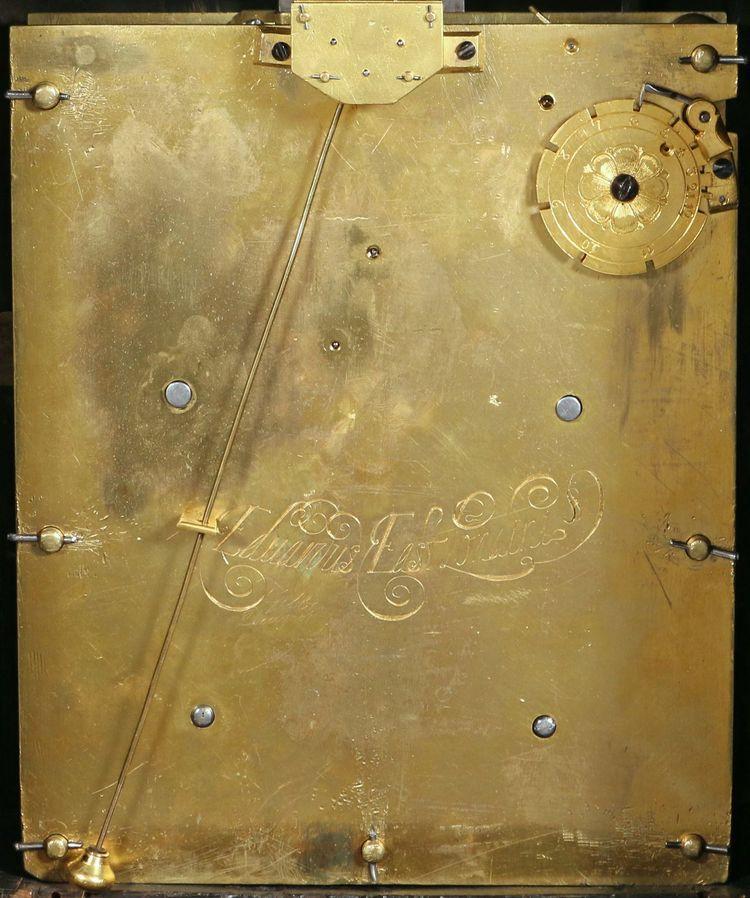 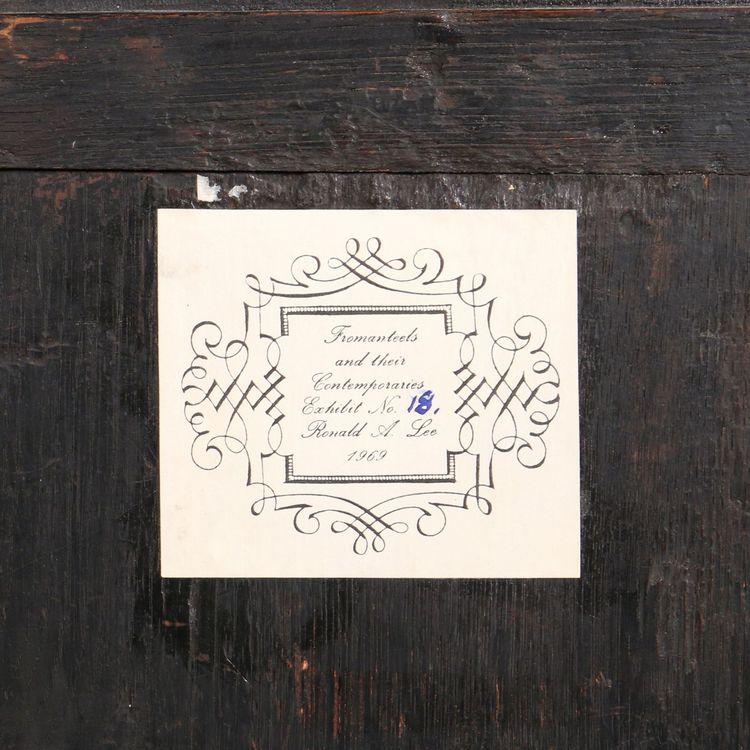 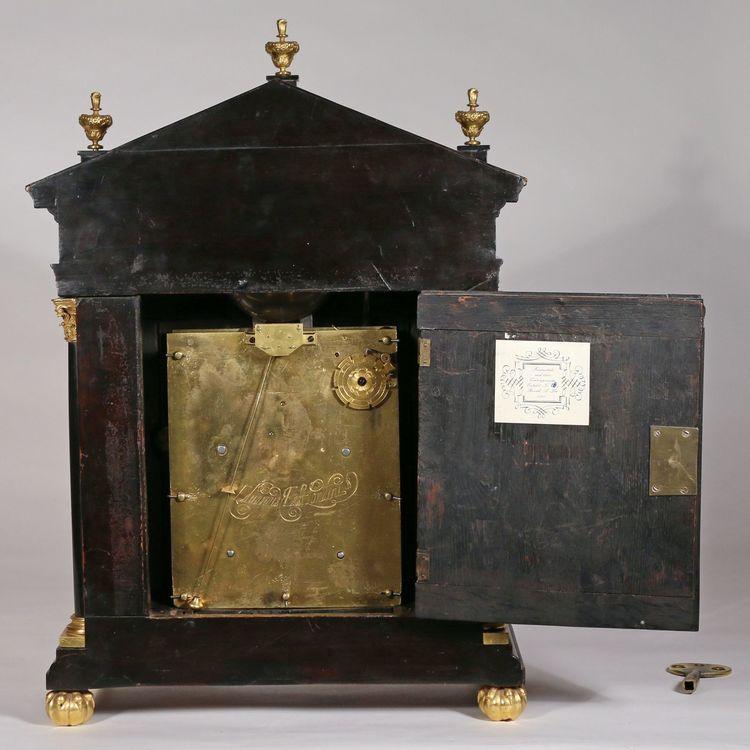 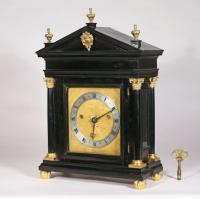 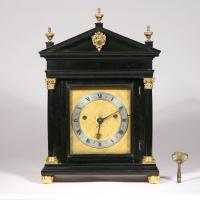 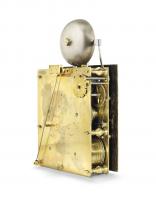 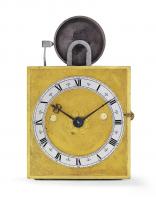 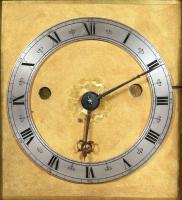 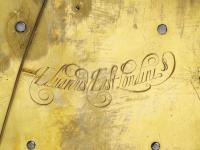 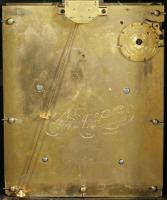 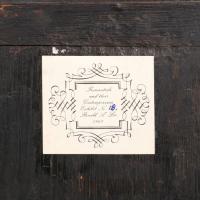 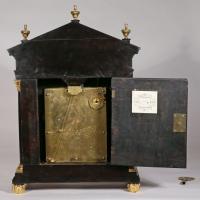 Plain entablature above a glazed door flanked by three-quarter columns with Corinthian capitals. Half-columns at the rear and with glazed rectangular side panels.

All raised on four talon & pomegranate feet, Retains the Ronald A. Lee Exhibition label on the inside of the solid back door.

The 8-day striking movement is quite substantial. There are seven ringed and baluster-turned pillars, all pinned to the backplate. Large twin fusees and flanged spring barrels.

The verge escapement has the unique feature of a backcock roller cage, an anti-friction bearer pivoting the verge arbor.  This is one of four known clocks with this early feature. The pendulum retains its original very small bob.

The numbered countwheel has a rose engraved centre and is mounted high on the backplate. Large vertical bell, the stand mounted to the front plate. The backplate signed Edwardus East, Londini in an arc.

The rectangular dial is 7 7/8 x 8 ½ inches and has a line border with an engraved Tudor rose in the center of the matted ground. The blued steel hands appear to be original. The winding holes are shuttered.

The dial has a narrow chapter ring with Roman numeral hours and Arabic five-minute numbers with fleur-de-lis type half-hour markers. The reverse of the chapter ring has the “matchstick man” foundry mark.

Ronald A. Lee. The First Twelve Years of the English pendulum Clock or The Fromanteel Family and their contemporaries 1658 – 1670.  Plates 53-55.