An Early Castilian Dish, From The Serie Punteada 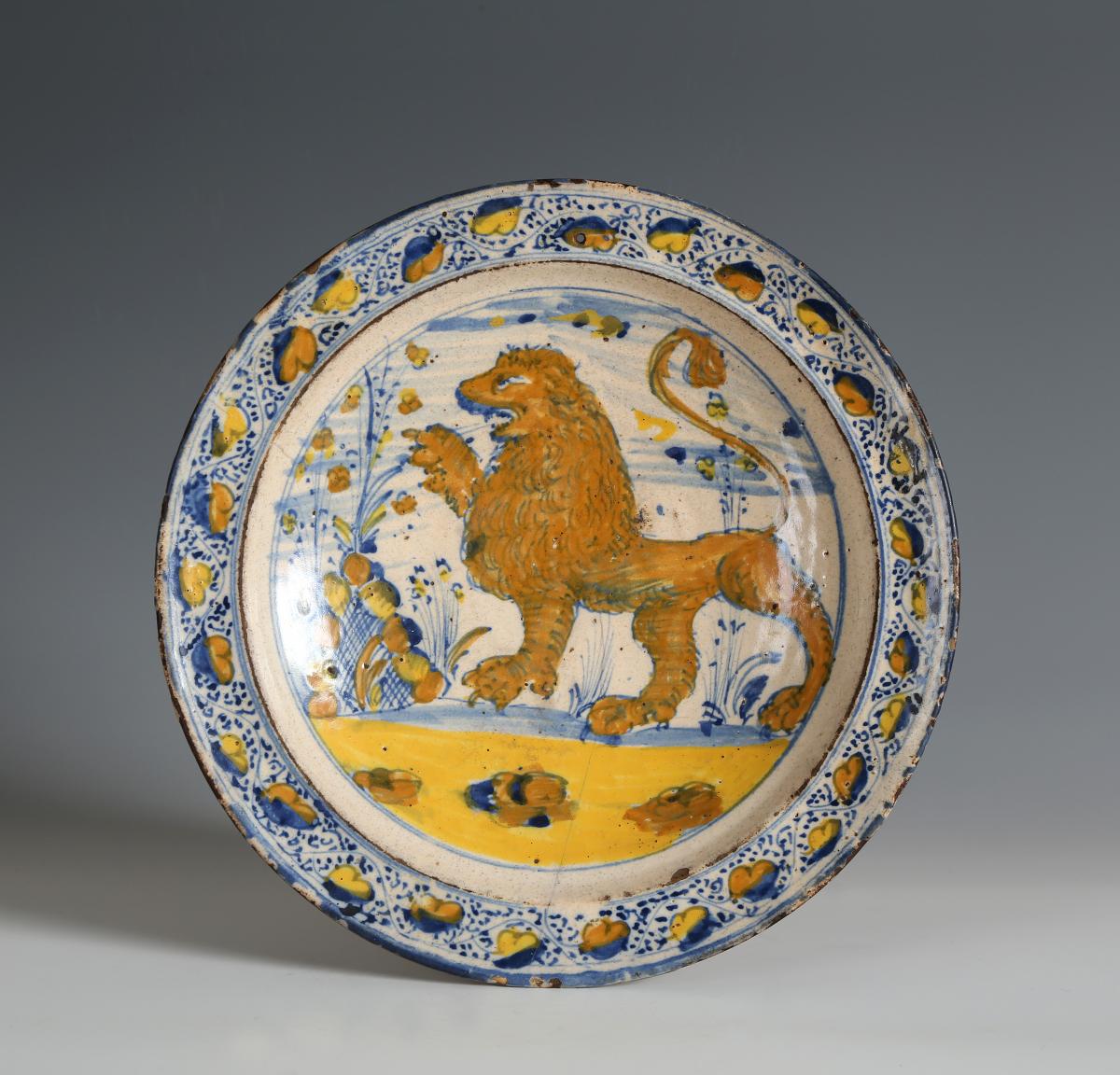 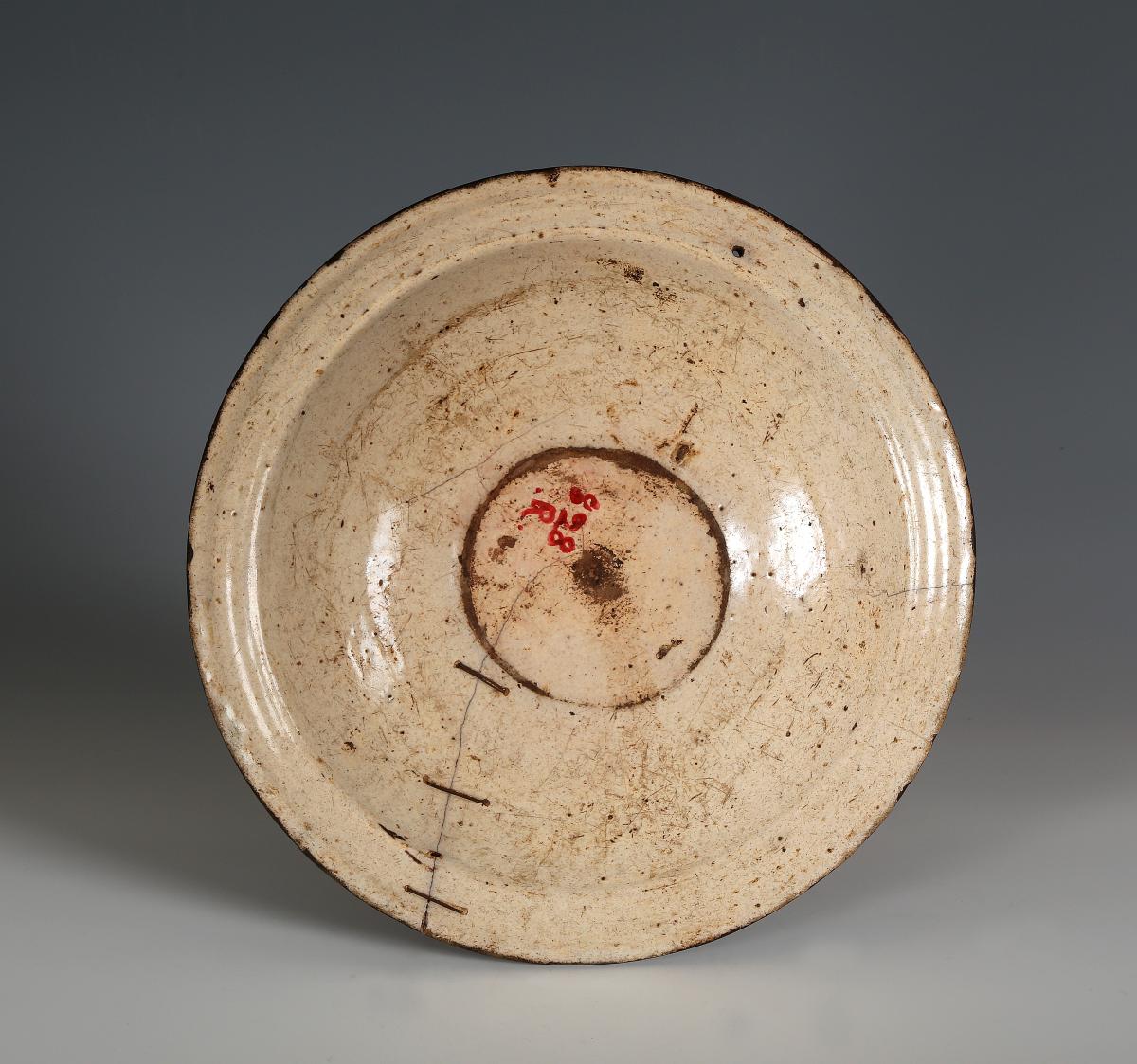 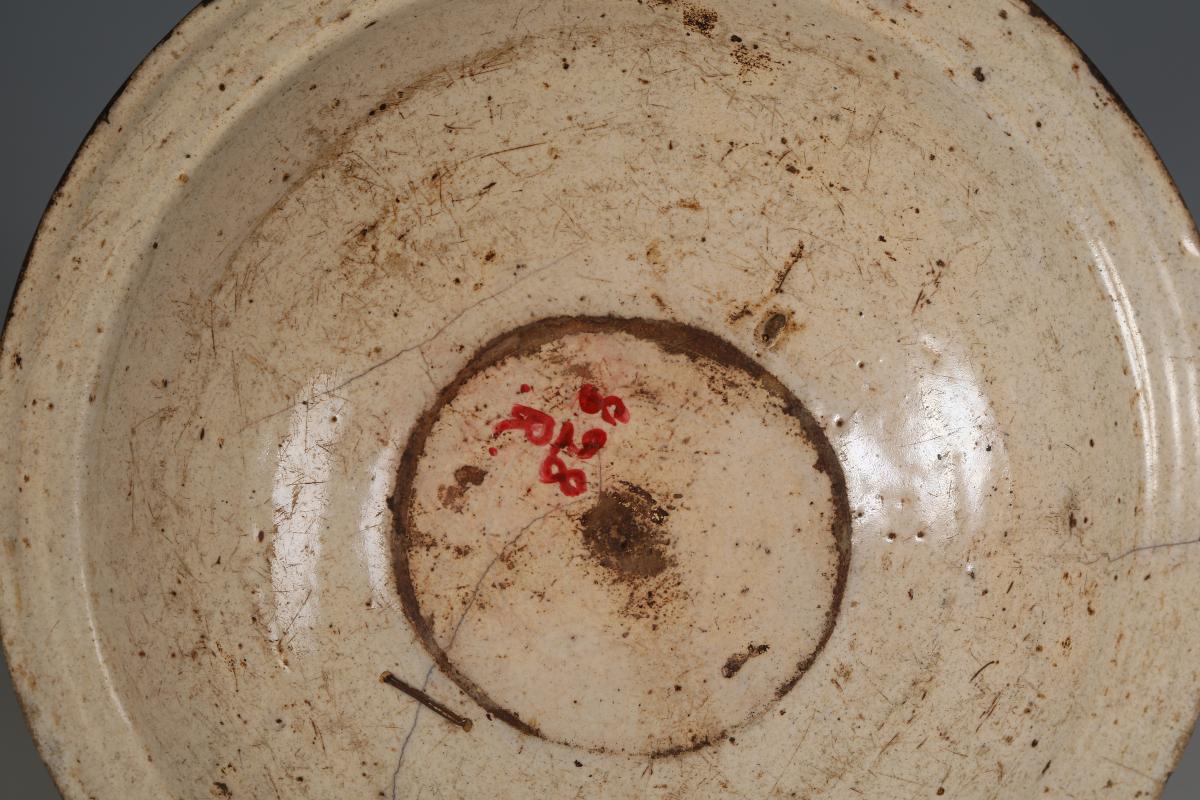 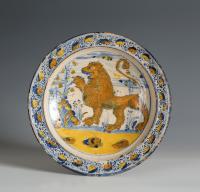 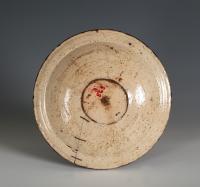 Decorated in yellow ochre and blue with a striding or ‘passant’ lion, with the leaf and blue dotted border characteristic of the series. Although Italian potters were working on tiles from the early 16th century, this rare dish belongs to the first coherent and extensive production of Italianate renaissance wares in Spain.

Anthony Ray says that there is no archaeological evidence that conclusively identifies where these are made, but notes that fragments of coarser pieces with similar colours and motifs have been found in an excavation of the Puente del Arzobispo waste-tips.

It is clear on stylistic grounds, and by comparing the forms glaze and weight that this group is the precursor of the Serie Tricolor wares that are attributed to Talavera de la Reina or Puente del Arzobispo.

Condition:
A crack from the centre to the edge, stabilised and with old rivets, a further fine crack at 10 o’clock, pierced for suspension