An early 20th century pedestal desk by the Vereinigte Werestatten 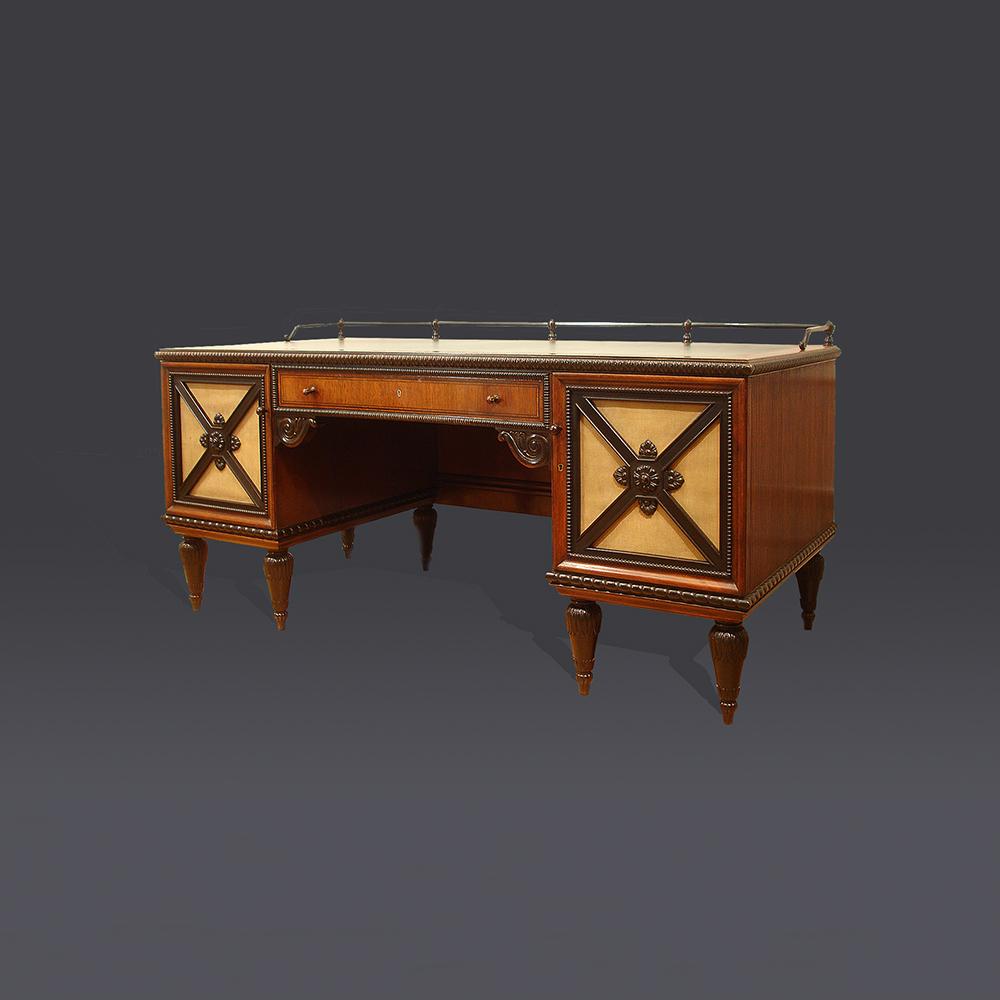 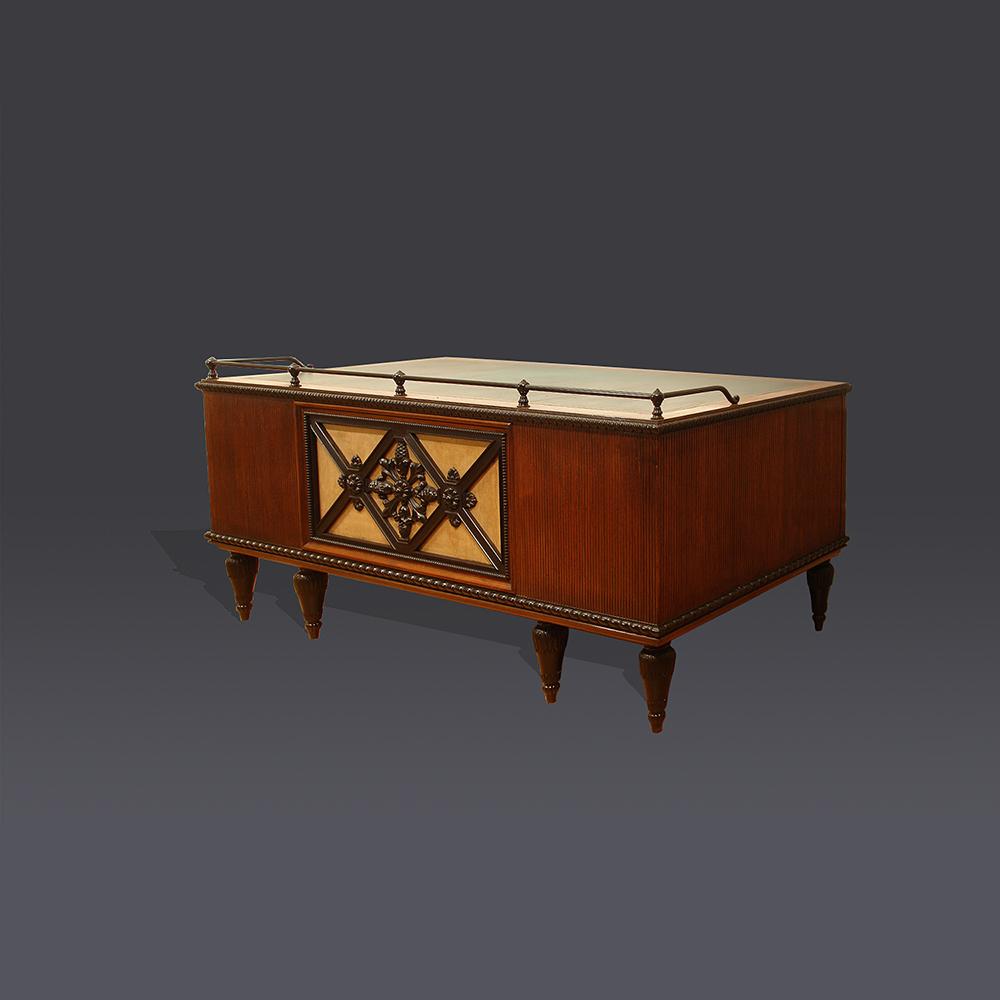 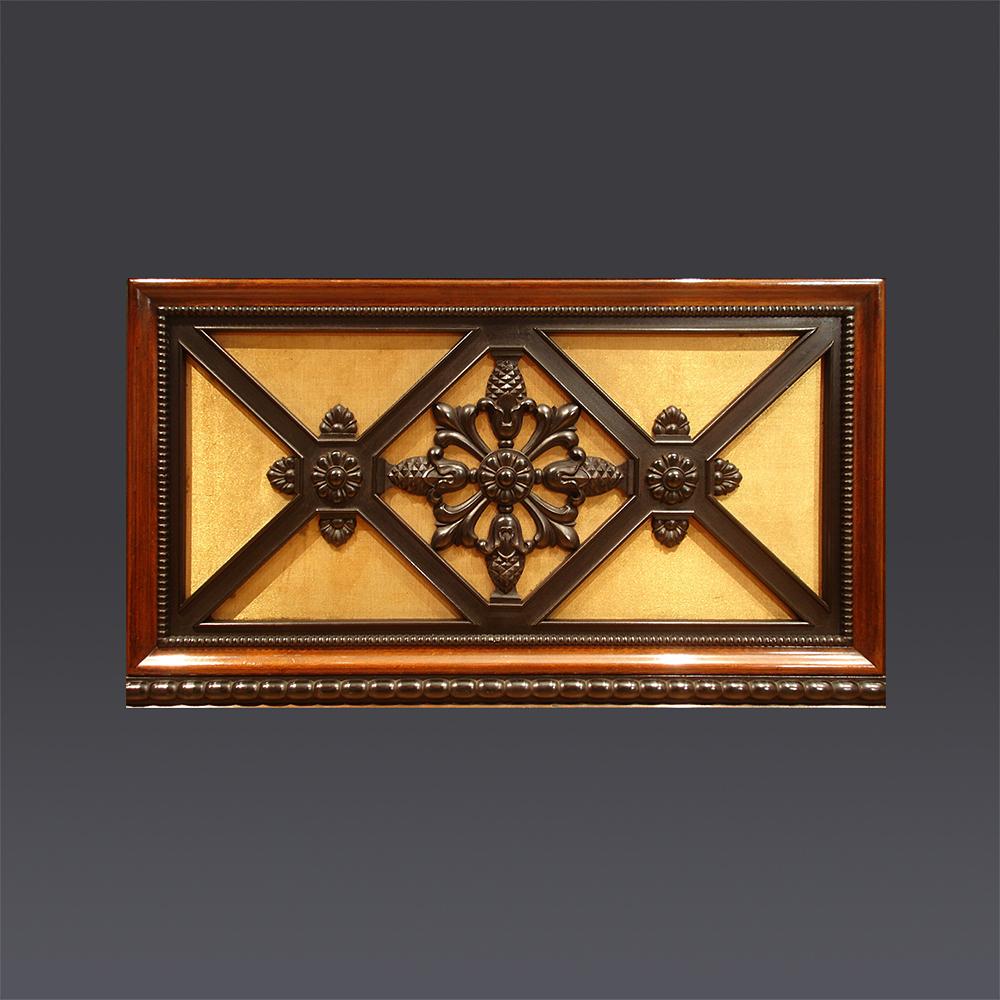 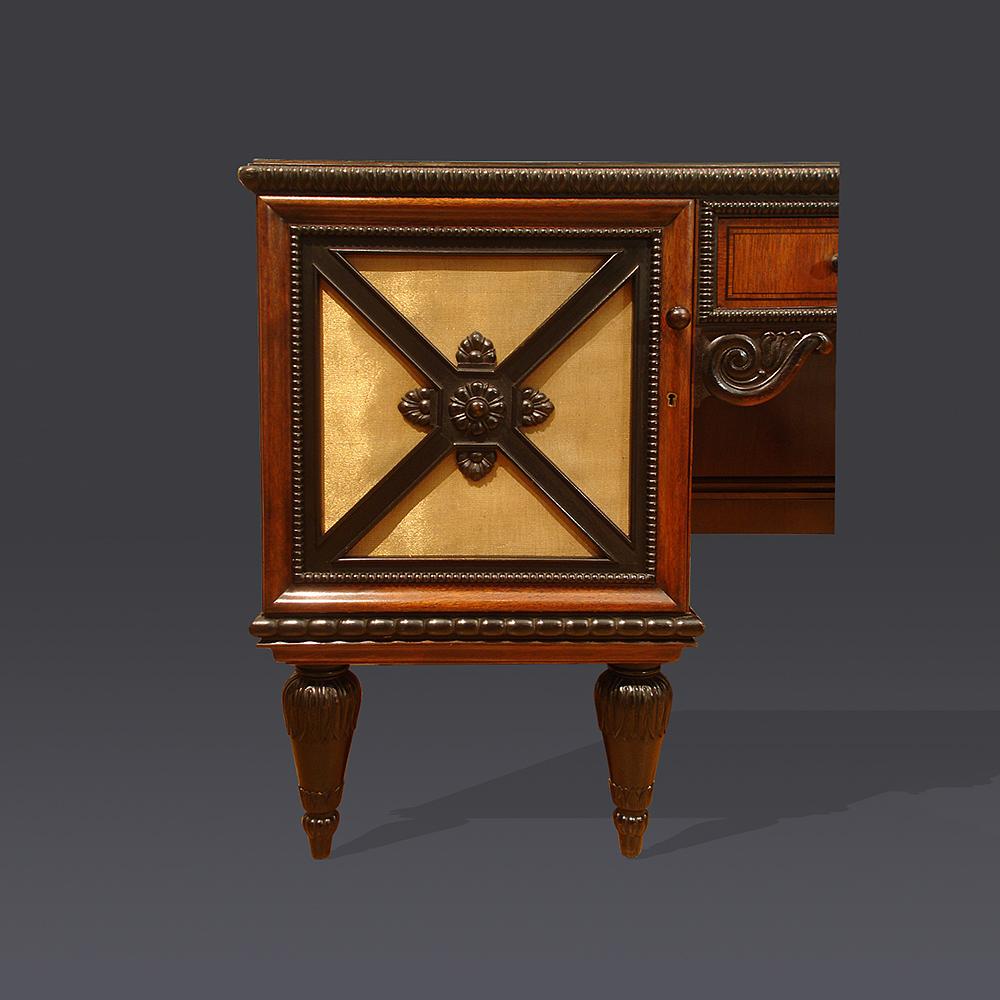 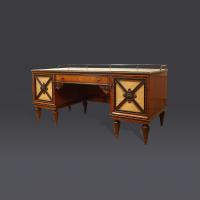 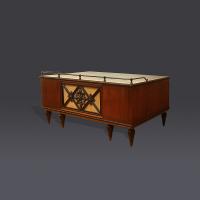 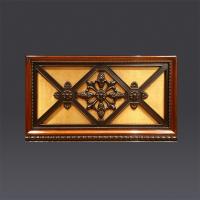 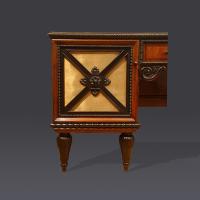 Cupboards either side, one enclosing three sliding trays, the other with a shelf, the cupboard doors with moulding around a distinctive ebonised panel of knulled edge and diagonal cross with central rosette, backed by a gold metallic cloth.

The sides and back finely reeded, the back with central rectangular ebonised panel echoing the doors of the front but with more elaborate central detail including pine cones and formal leafage, the bottom edge with bobbin turned moulding all round.

On eight inverted baluster ebonised feet with carved leaves to top and bottom. Inscribed underneath with ‘V.W.’ monogram for the Vereinigte Werkstätten and the number ‘3183’.

Inspired by the British Arts and Crafts Movement, the Vereinigte Werkstätten für Kunst im Handwerk (United Workshops for Art in Craft) was established in Munich in 1898. It expanded rapidly, producing not only furniture but also all other items for the home, including wallpaper, textiles and lighting.

Notable designers associated with the Workshops were Hermann Obrist, Richard Riemerschmid, Bruno Paul, and Peter Behrens. It moved to Bremen in 1910, where Rudolf Alexander Schröder was a significant designer for the Workshops and where, particularly from the 1920s, the production of furniture and fittings for ocean liners became a major feature of the company.