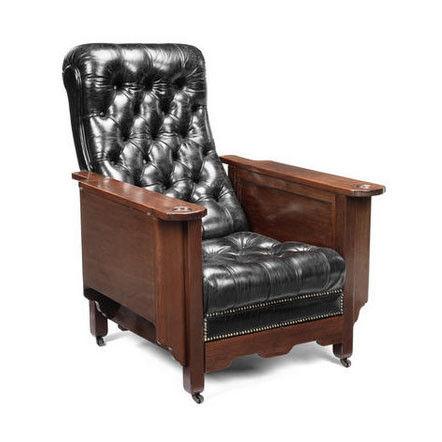 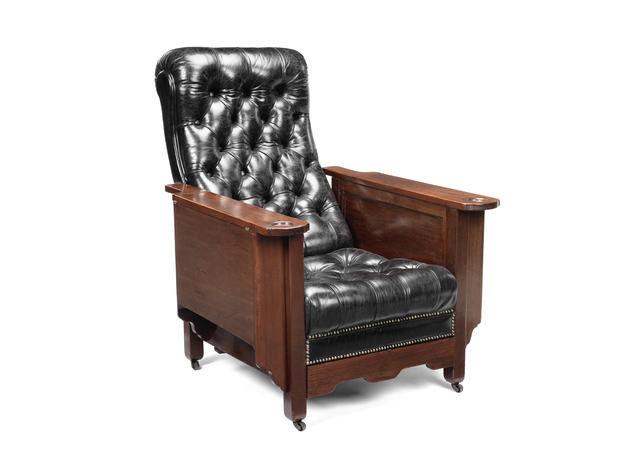 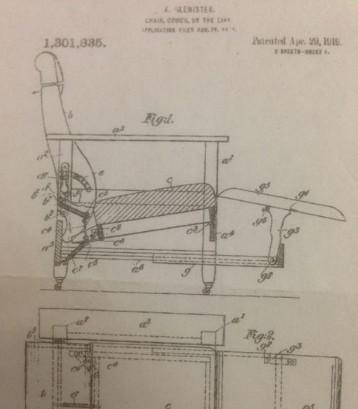 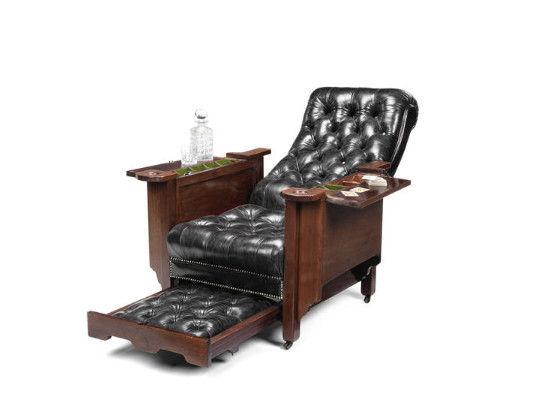 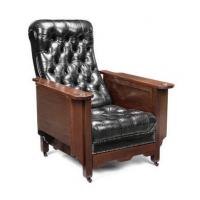 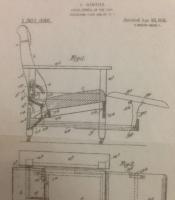 Above a shaped slide to the front opening to reveal a hinged adjustable footrest, on castors, the reverse applied with an oval plaque which reads: ‘GLENISTER’S PATENT.. OF 1916, Rd. DESIGN No. 657361’.

Glenister is credited as the inventor of this ingenious model, often referred to as a reclining gaming chair, and was evidently responsible for ensuring it was patented in his name.