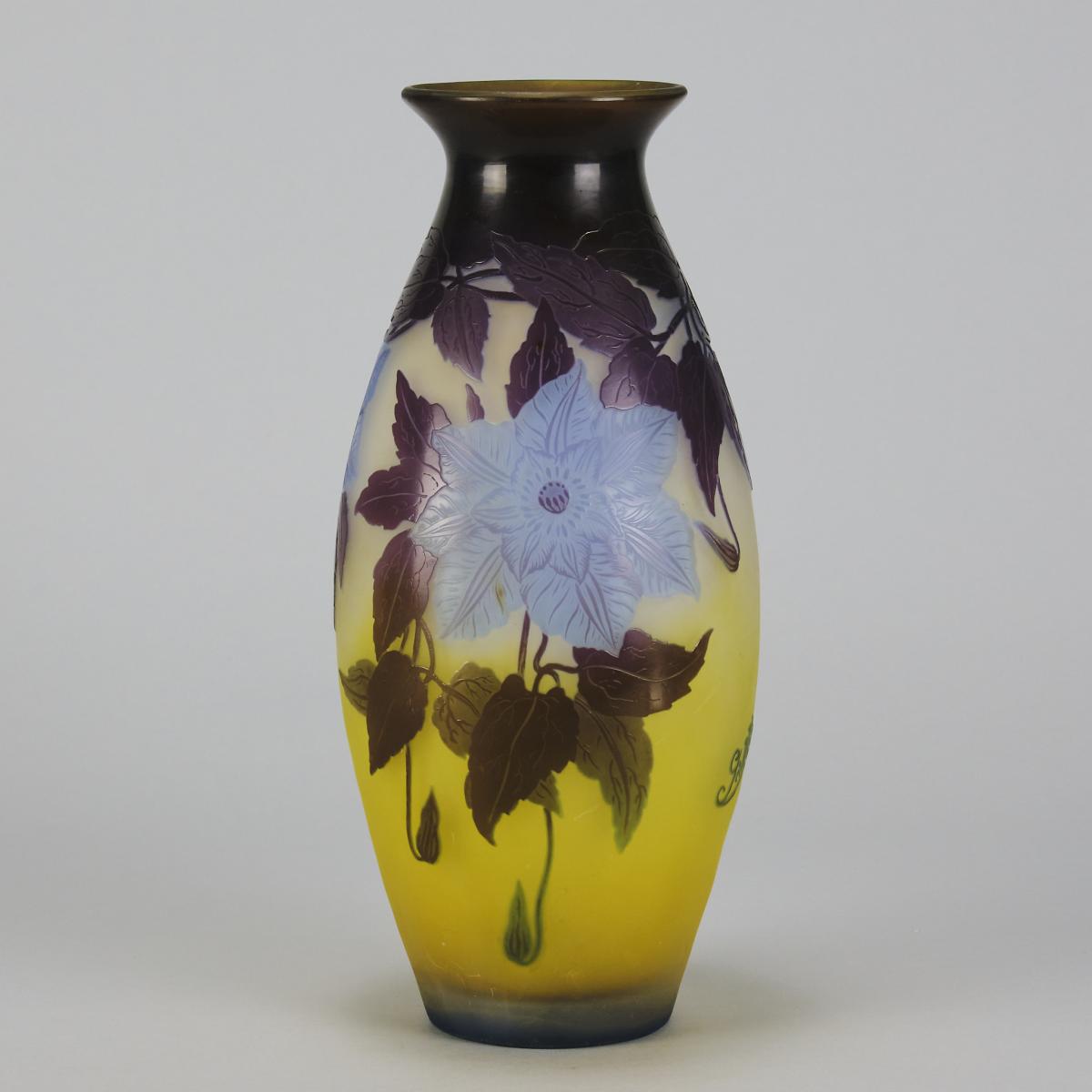 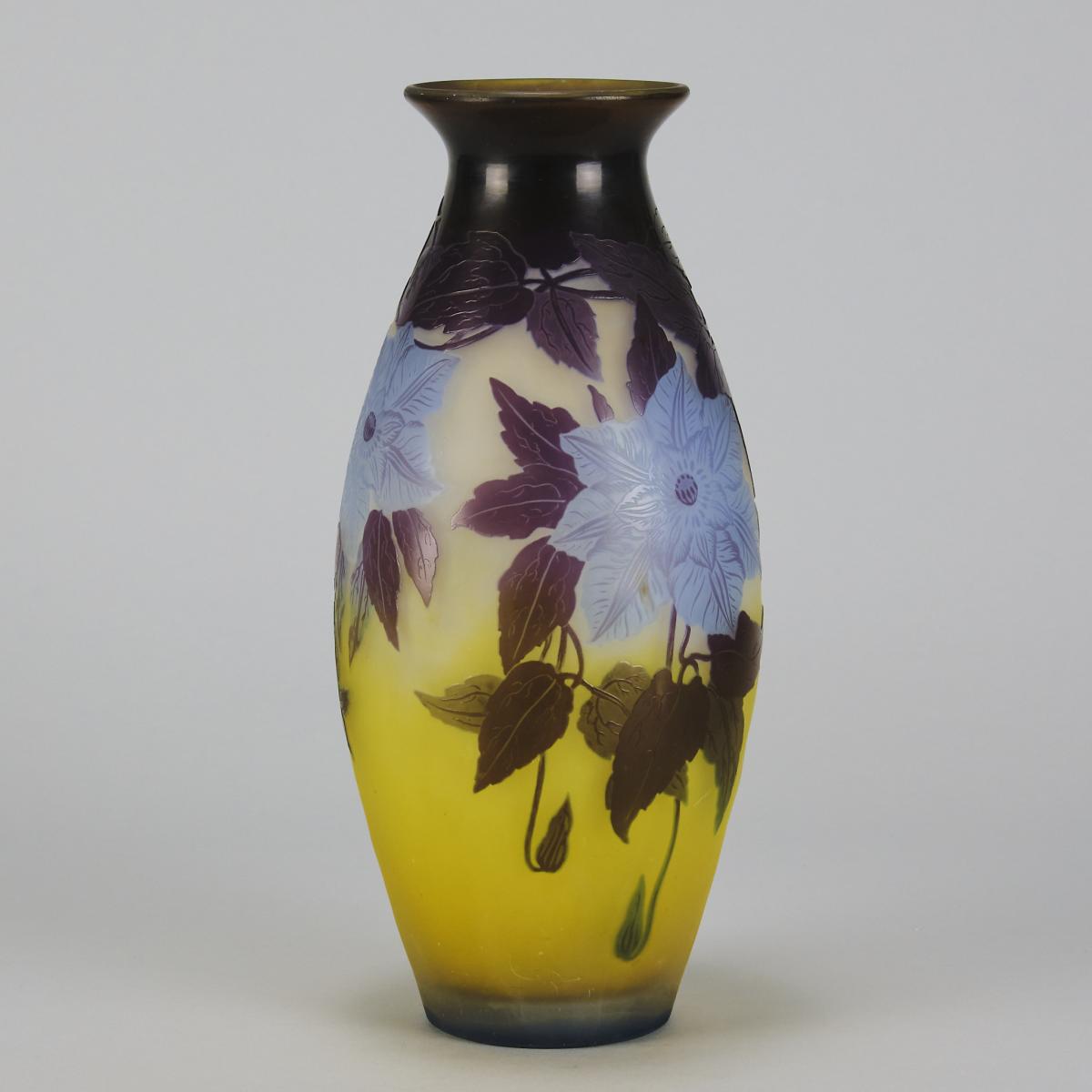 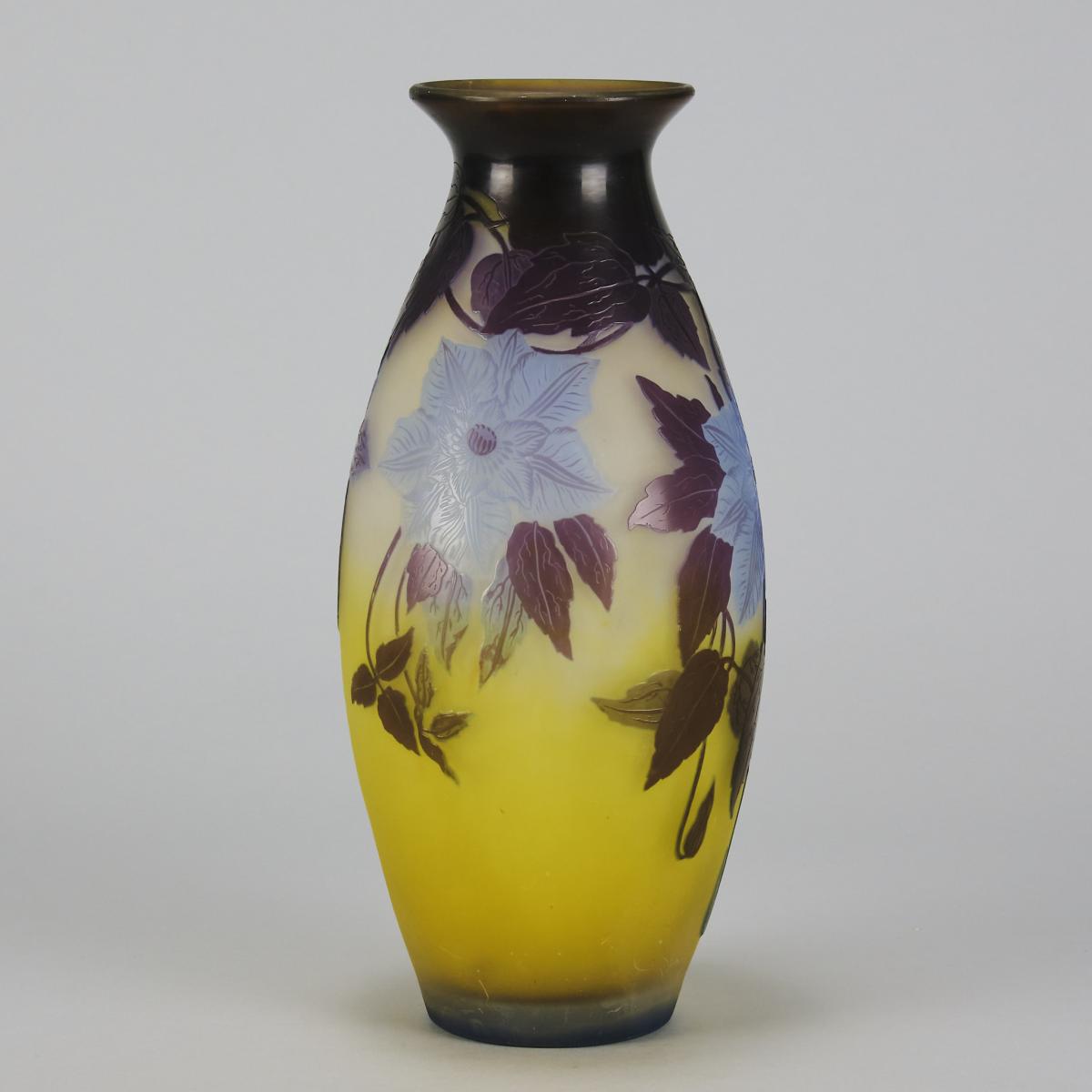 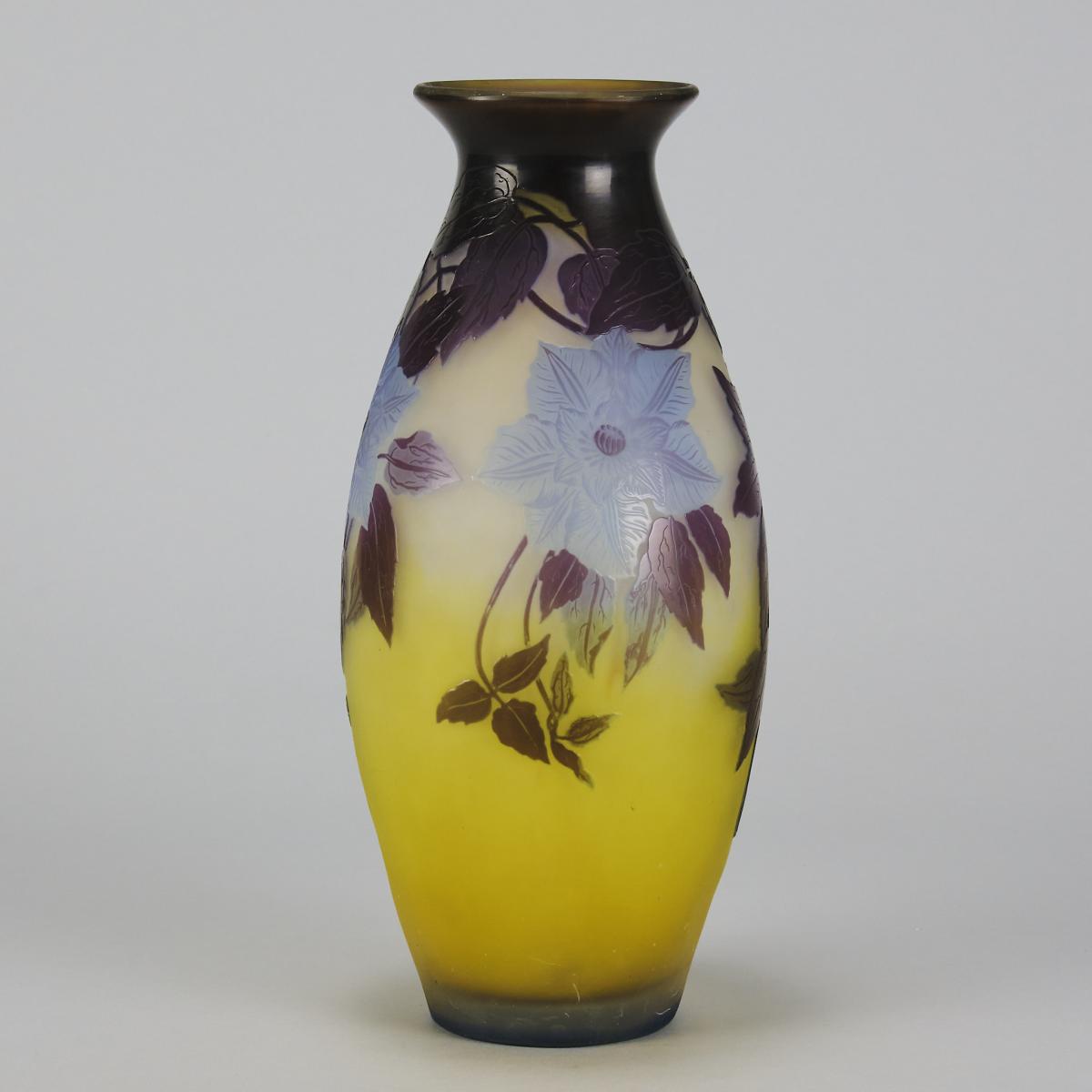 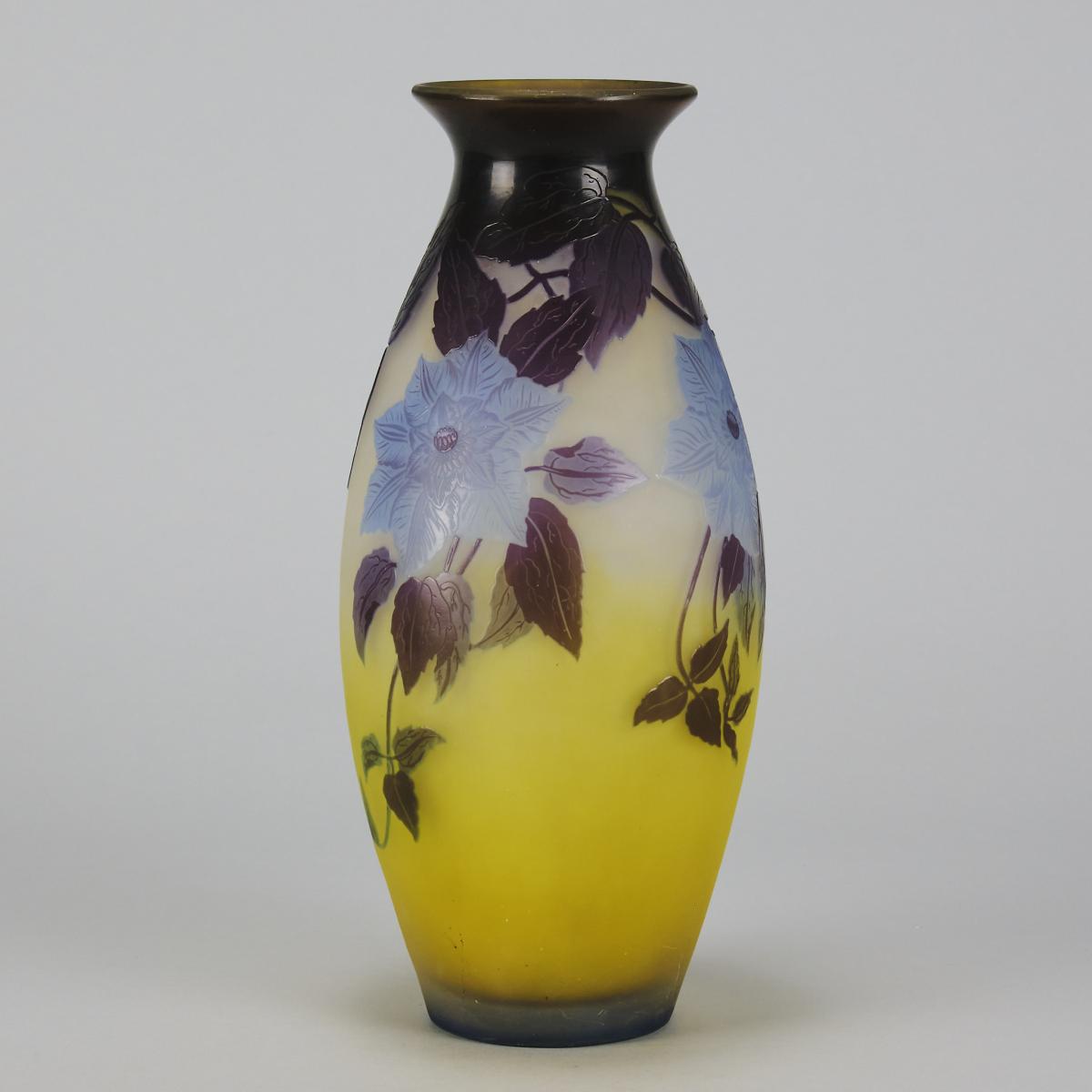 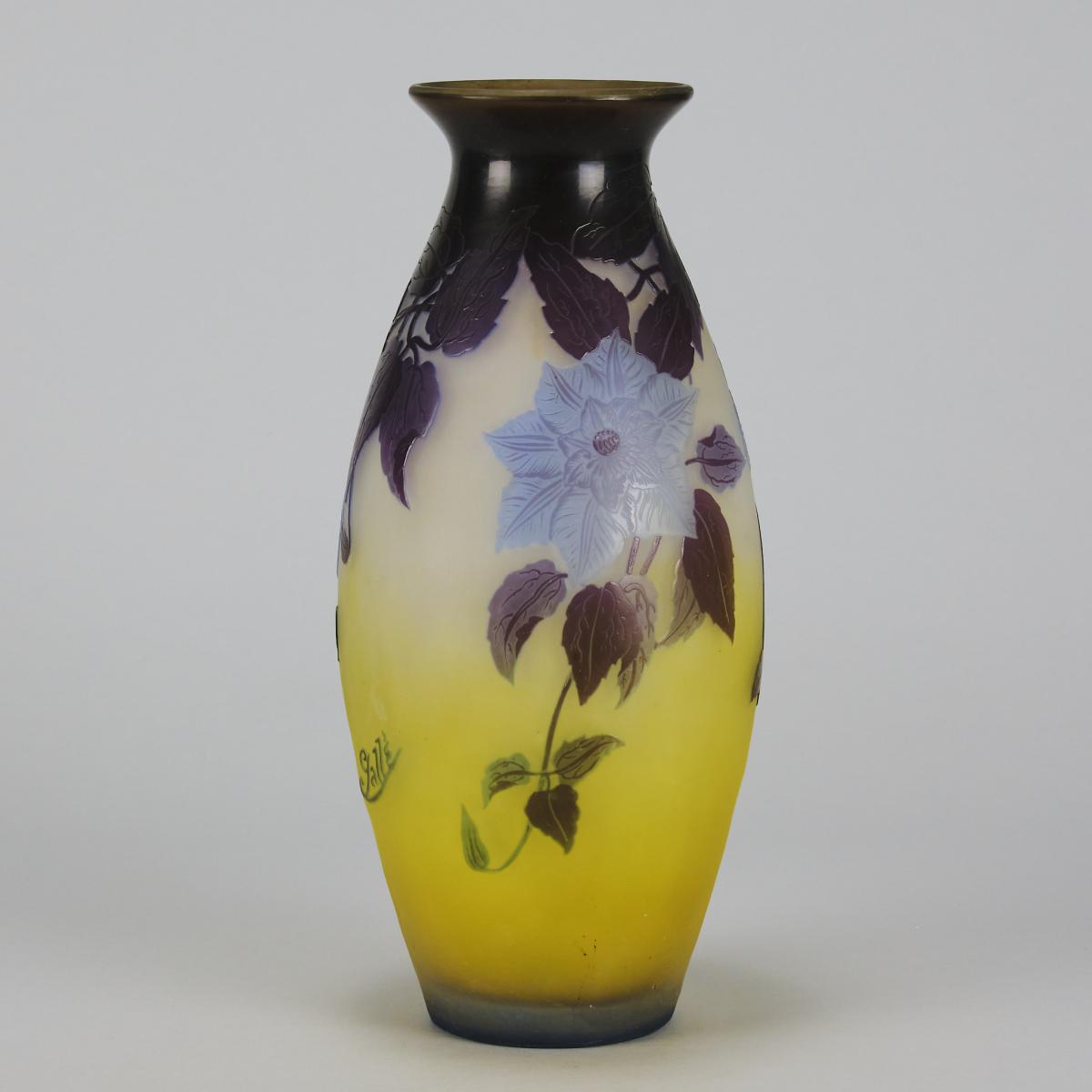 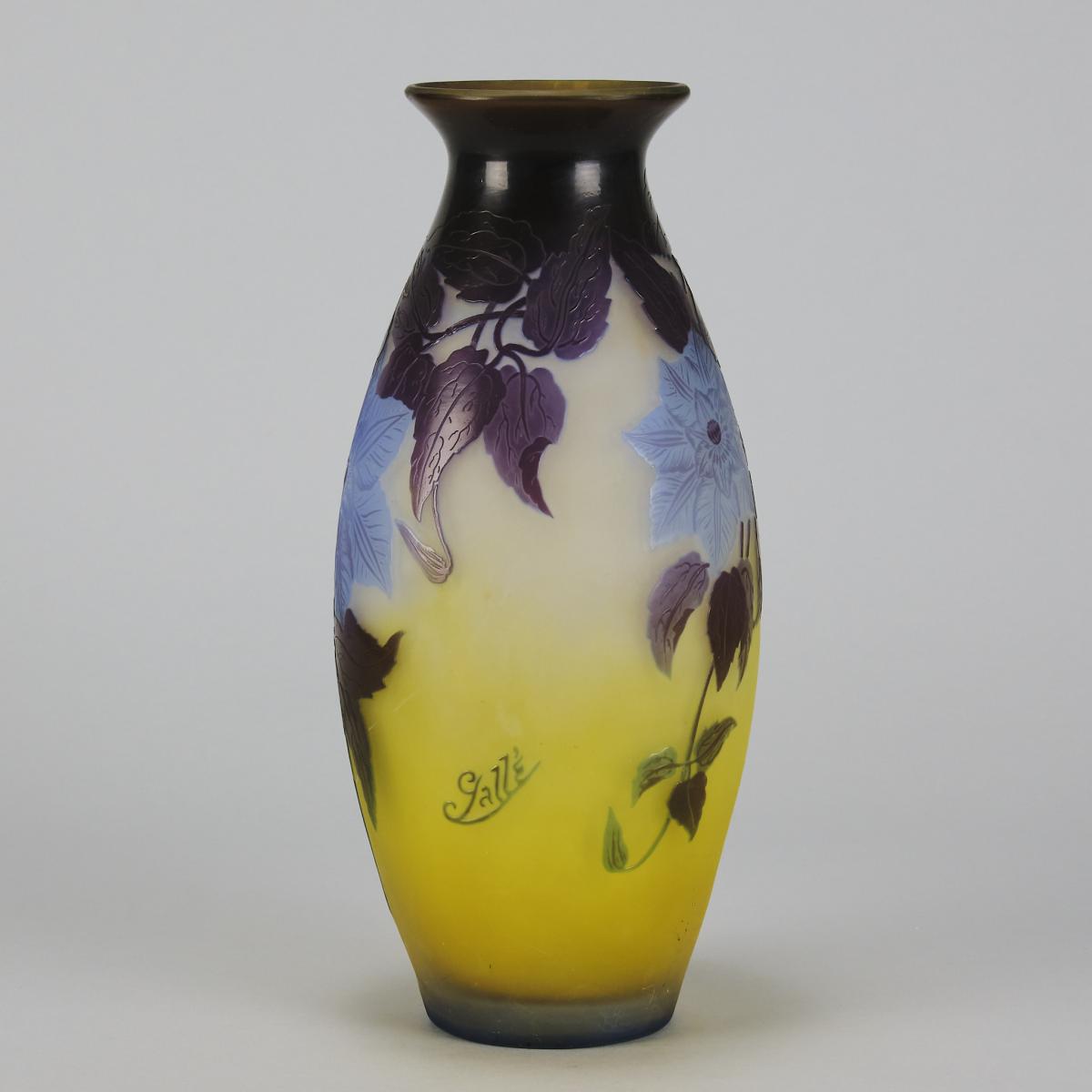 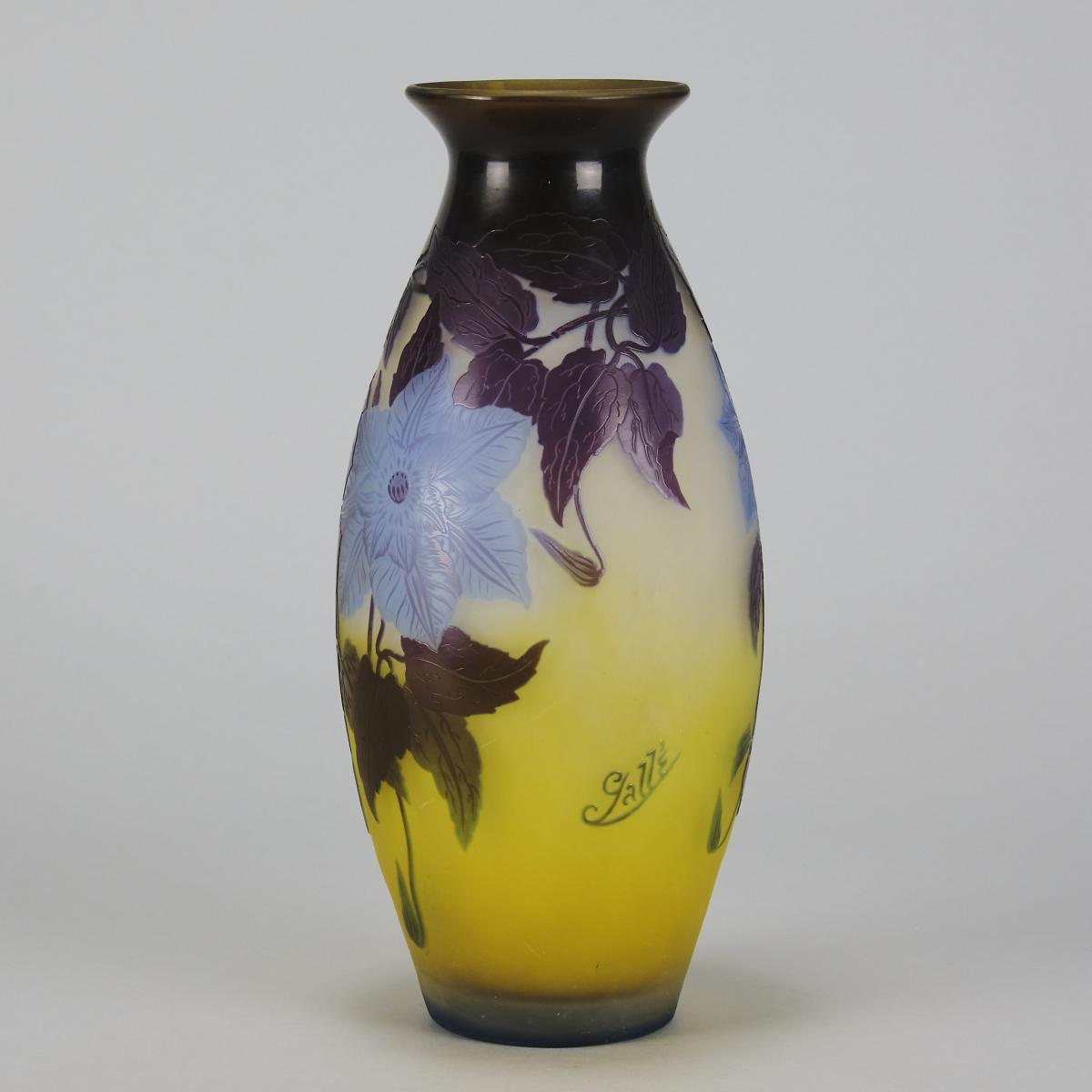 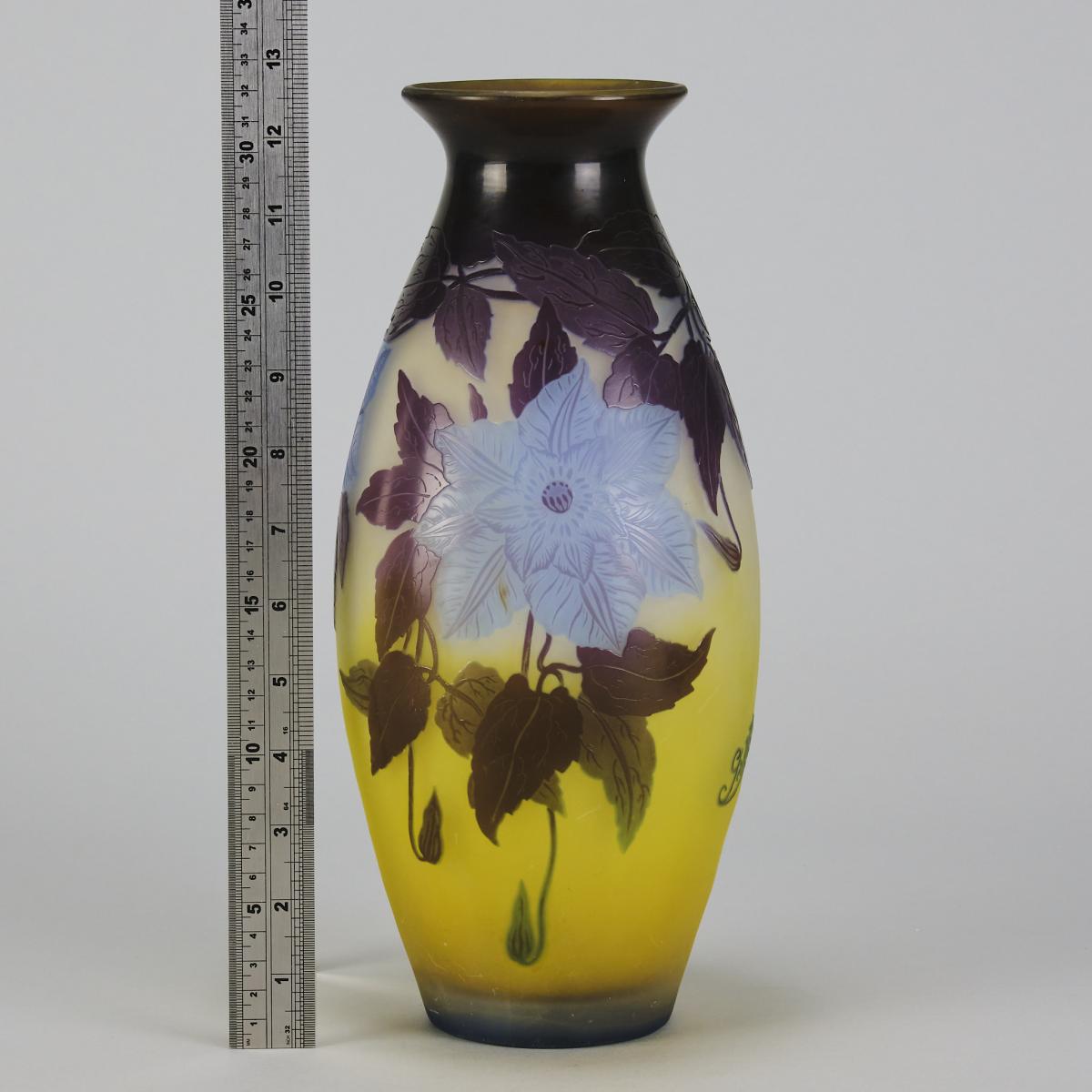 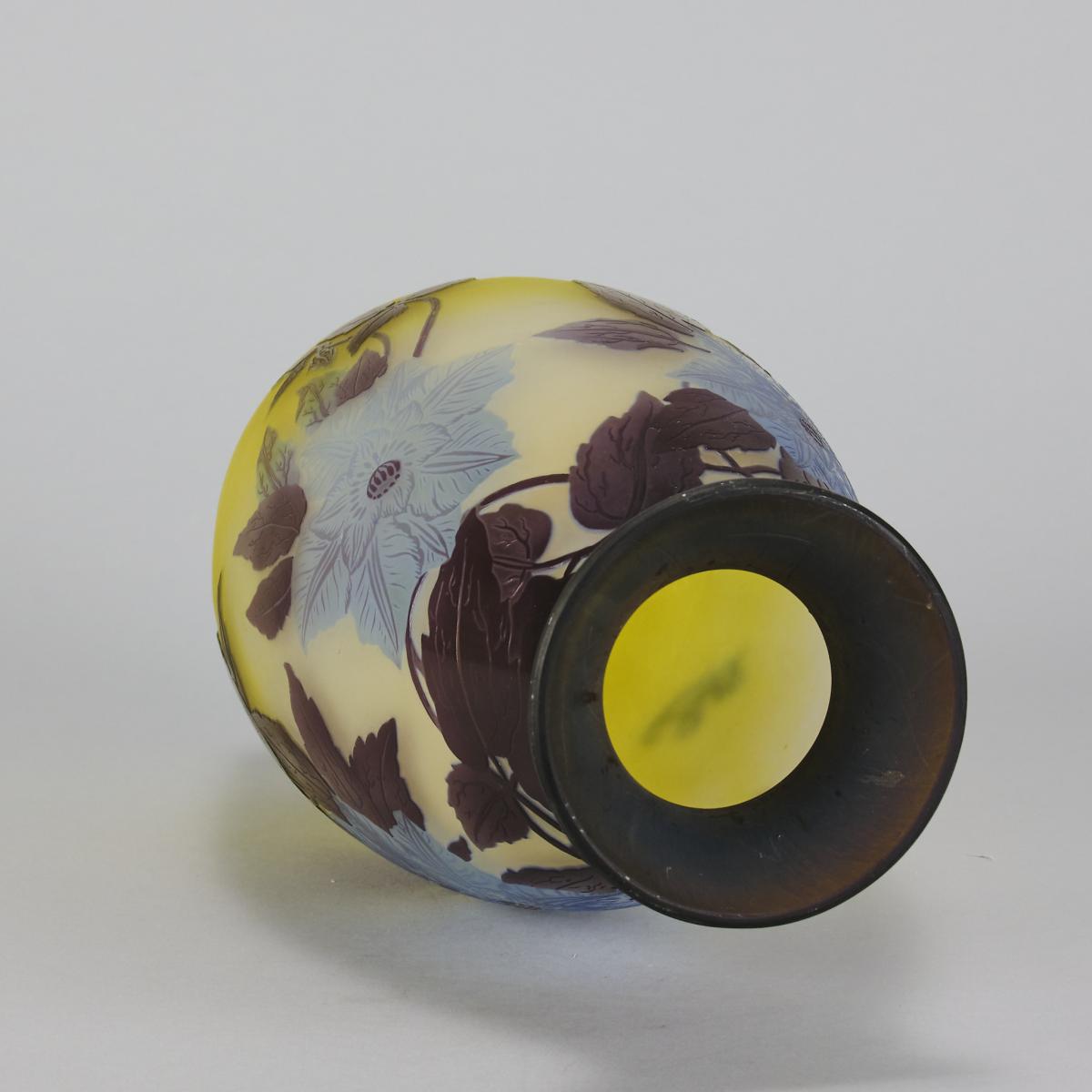 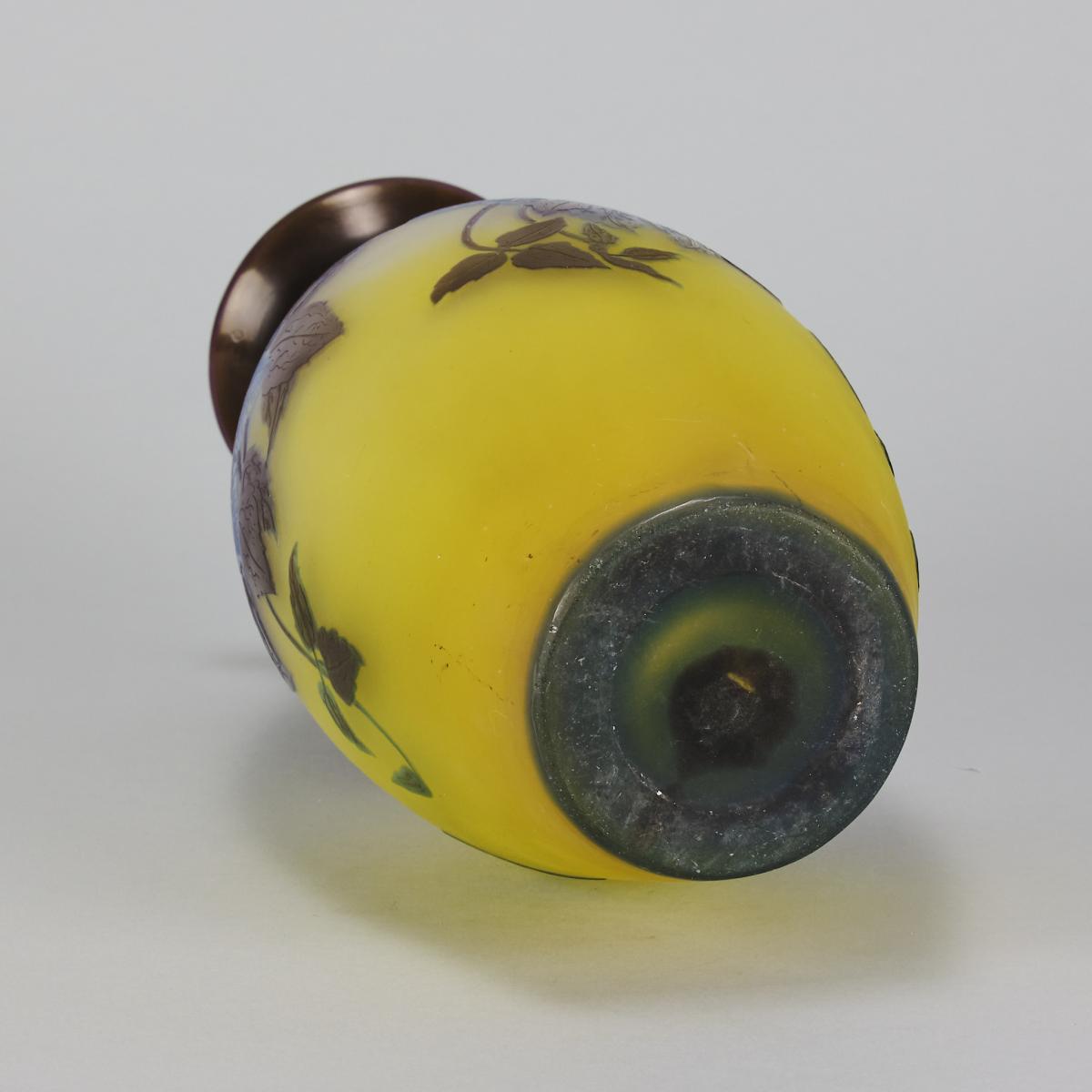 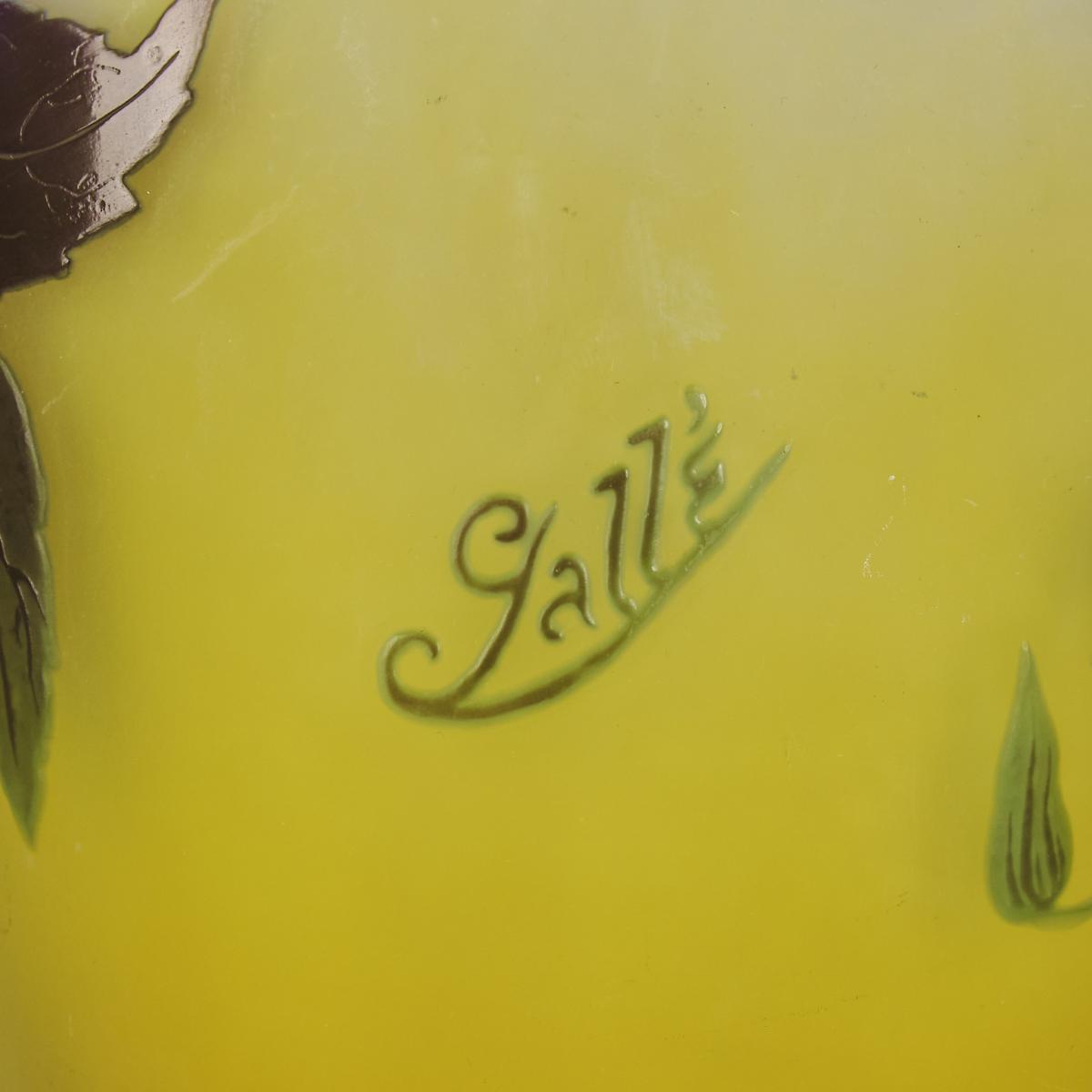 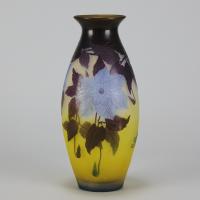 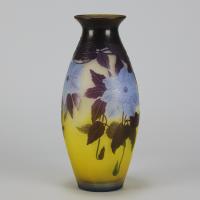 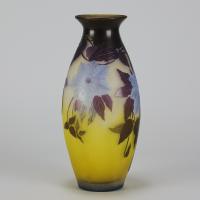 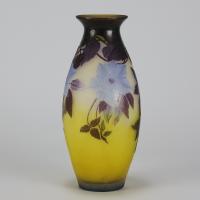 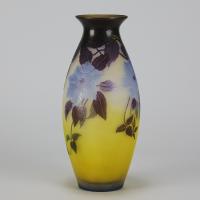 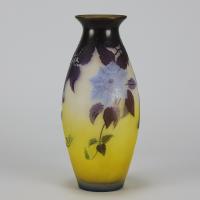 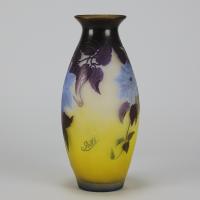 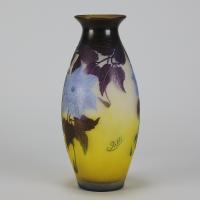 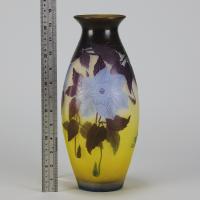 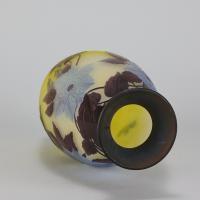 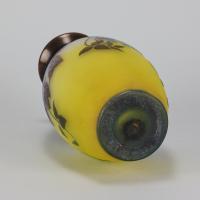 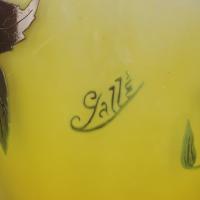 Emile Gallé, 1846 – 1904 is considered a driving force behind the Art Nouveau movement and one of the most outstanding glass artists of his time. His naturalistic designs and innovative techniques greatly contributed to the development of the art of glass-making and to the Art Nouveau Style.

Gallé’s Cameo Glass was made with layering coloured glass, using acid to remove part of the layers and adding wheel carved detail on the better pieces. He discovered applying metallic foils between the coloured glass sheets created a stunning effect, especially when applied in the cameo work. His enamel work was just as revolutionary as he mixed metallic oxides with glass and suspended them in oil, giving the pieces a completely different finish after firing.

Gallé’s glass vessels are each unique in their own way, often containing blazes of colour, constellations of air bubbles, shimmering flecks of imbedded metal foils, and often, entrapped figures of insects that seem to float in a haze. The effects used brought his subject matter to life, and his constant adoption of new techniques and imaginative use of them in combination with his own influences and industrial innovations revolutionised the art of glass making.

His work normally signed Gallé in relief. Works made by his factory after his death, in 1904, are marked with a star after his signature. 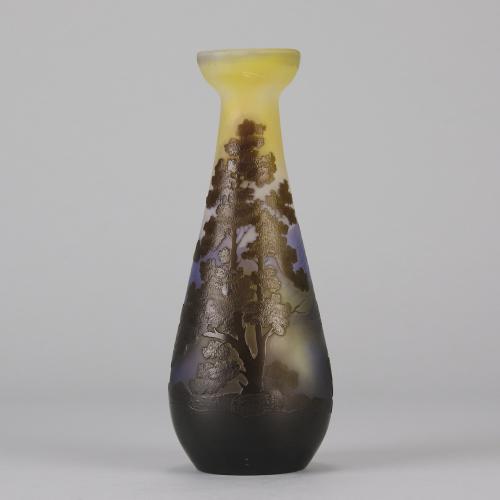 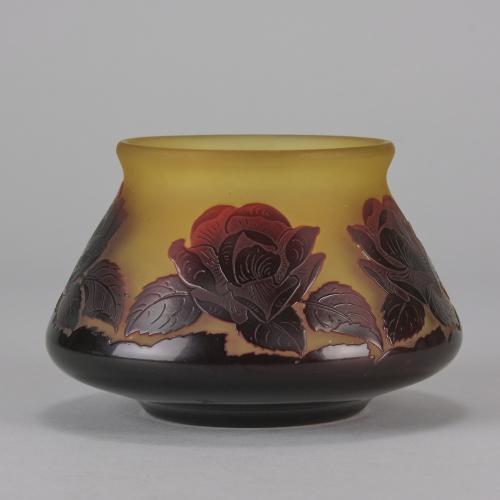 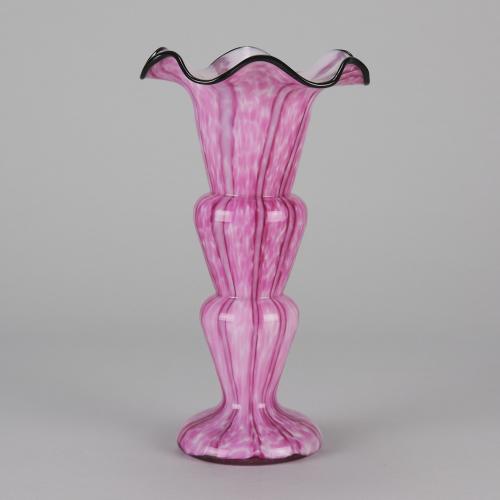