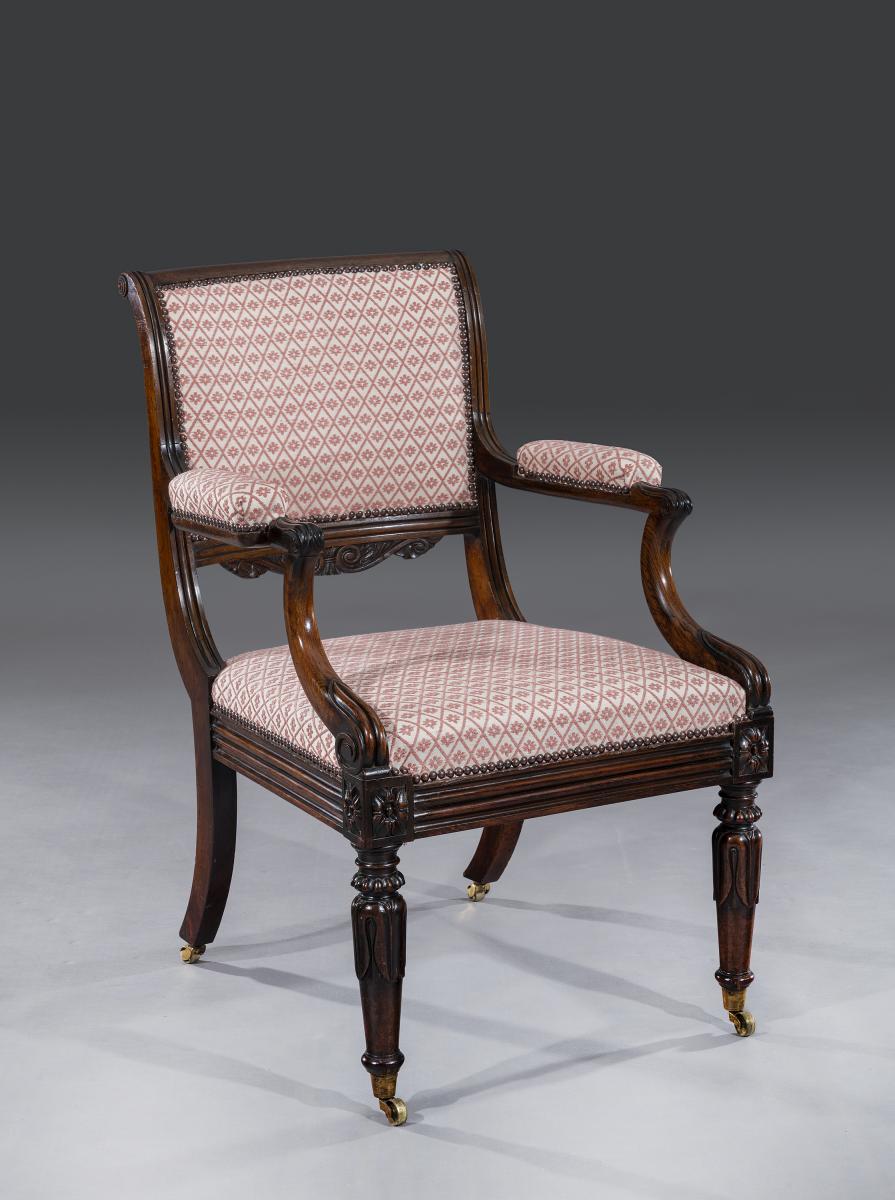 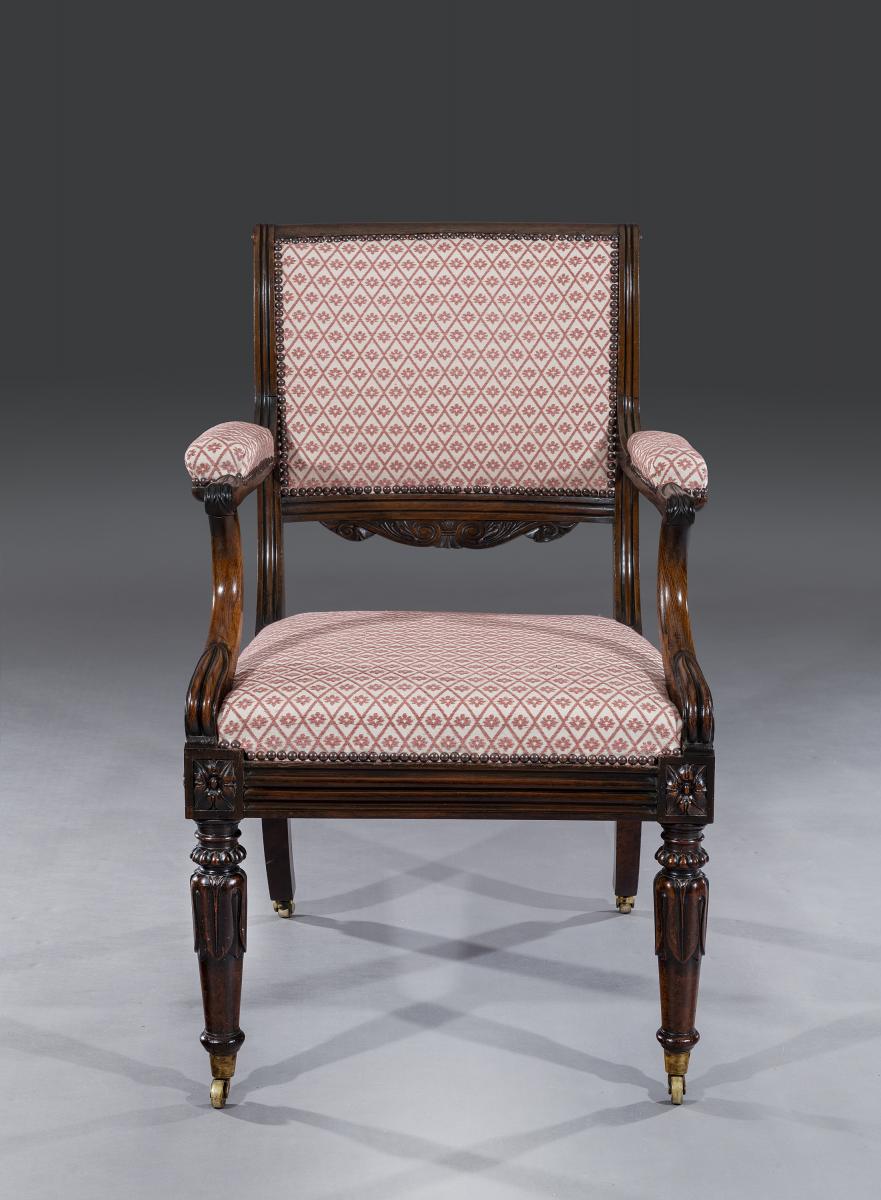 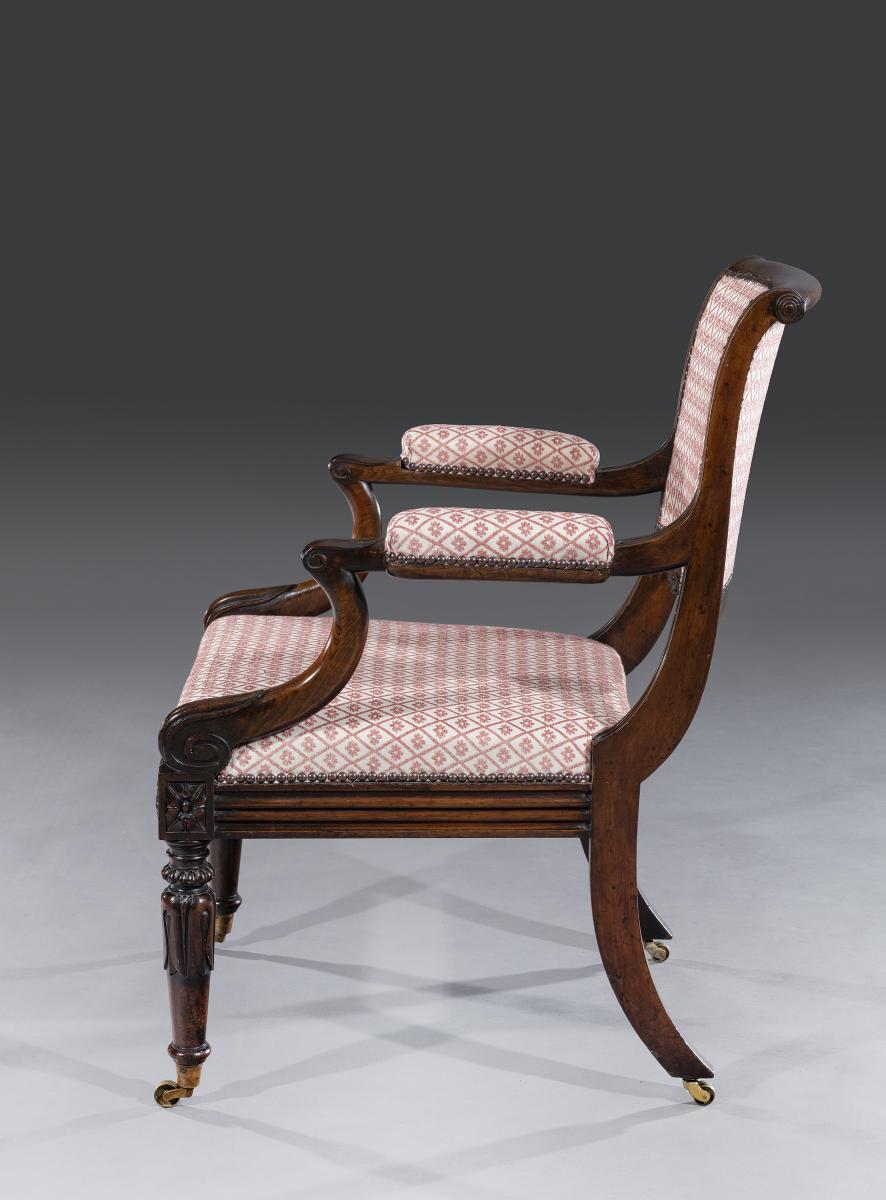 The carved rosewood seat has recently been re-upholstered and is decorated through-out with neo-classical features and the chair is solid and elegant in design.

George Smith was cabinet and furniture maker to His Royal Highness, the Prince of Wales, and he published furniture designs that helped define the Regency style. Smith was most well known for cabinet making and upholstery during the first quarter of the 19th Century and was spoken of in the same breath as contemporaries Henry Holland and Thomas Hope. He made furniture in a wide, eclectic range of tastes based generally on the late neo-classical style, but also including neo-gothic style work and chinoiserie. He produced several pattern books the first being 'A Collection of Designs for Household Furniture and Interior Decoration.' George Smith in his seminal 1808 publication ‘A Collection of Designs for Household Furniture’ interpreted and popularised the somewhat austere designs delineated in Thomas Hope’s earlier publication, ‘Household Furniture’, and Peter & Michael Angelo Nicholson’s work, ‘The Practical Cabinet-Maker, Upholsterer and Complete Decorator’.

Other Influences of Design:
Peter & Michael Angelo Nicholson furniture designed and produced by the Nicholson’s. Peter Nicholson (1765-1844) trained as a cabinet maker in Edinburgh before moving to London at the age of twenty-three, later practicing as an architect and writing many text books on carpentry, building, perspective and mathematics. His son Michael Angelo (c.1796-1842) worked with his father and in 1826 they collaborated to produce a much acclaimed book, ‘The Practical Cabinet Maker’ which illustrated the rich profusion of naturalistic leaf carving blended with classical motif, so typical of their work.