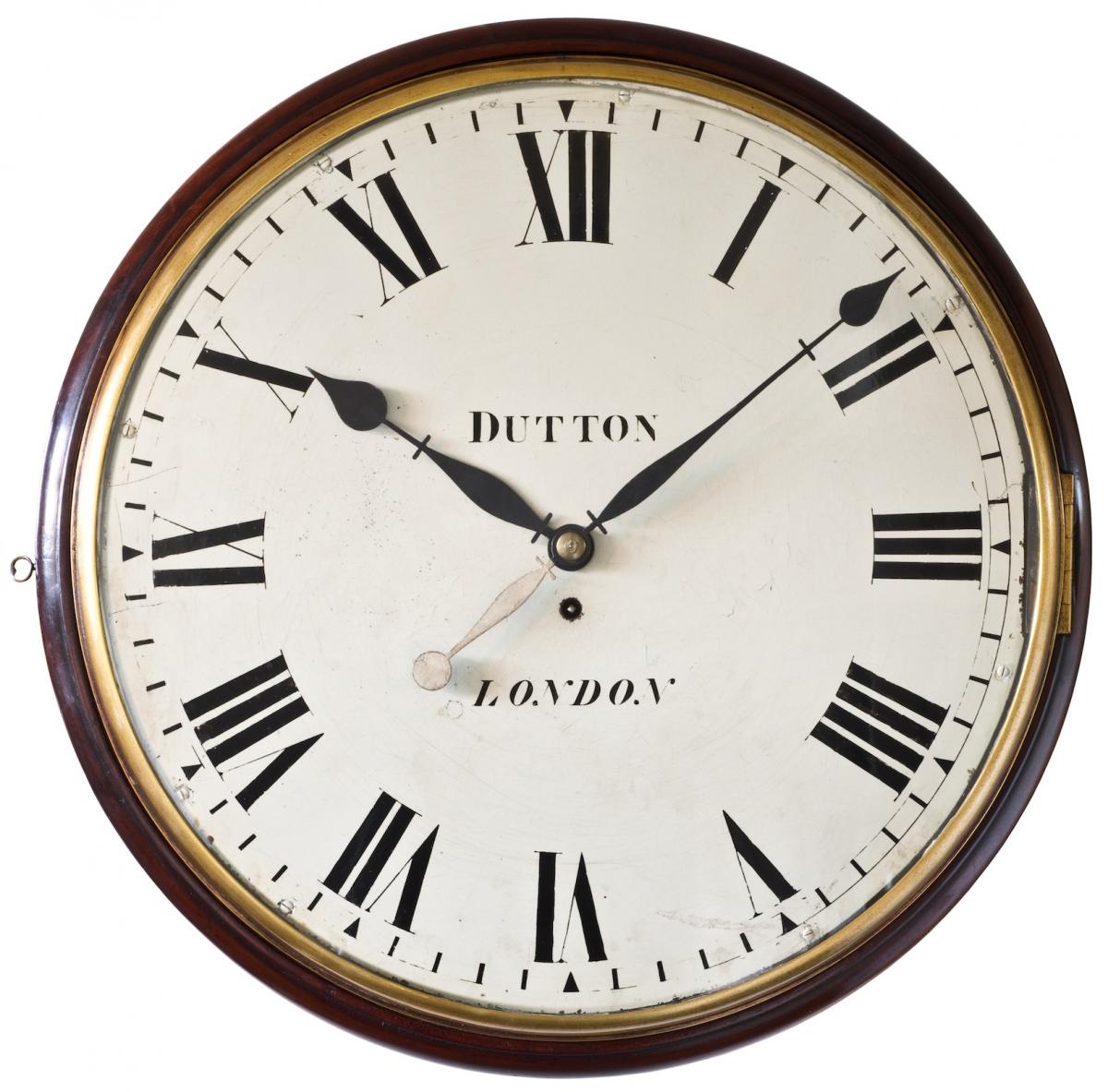 An unusually large and impressive wall timepiece by this important clockmaker. Circa 1835

Two piece mahogany case with large cast brass bezel. The round bottom with door and door to side which retains some original pasted-in handwritten notes, one confirming the provenance of this clock: Customs Excise, Lower Thames St, and the number 128

The eight day single fusee movement with anchor escapement stamped on the frontplate T&R and number 8782, both plates retaining their original hand spotting and lacquer.

This clock was made by Robert William Dutton, he was apprenticed to his father Matthew Dutton in 1825, becoming free in 1833. At this point the Dutton firm seems to have concentrated solely on the supply and care of top quality institutional clocks, mostly spring clocks, and mostly dial clocks.  This was the period of much re building of London and the new offices, museums, libraries, banks would have needed clocks.

Custom House, 20 Lower Thames Street, London, still the home of Her Majesty’s Revenue & Customs, and for which Dutton supplied a number of clocks. It is likely that this and others were supplied to special order for Custom House. The building and its classical facade facing the Thames, designed by David Laing in 1813, was being re-built after partial collapse in 1825. This is the earliest recorded Dutton with a painted dial. From the Thwaites records number 8782 is circa 1832