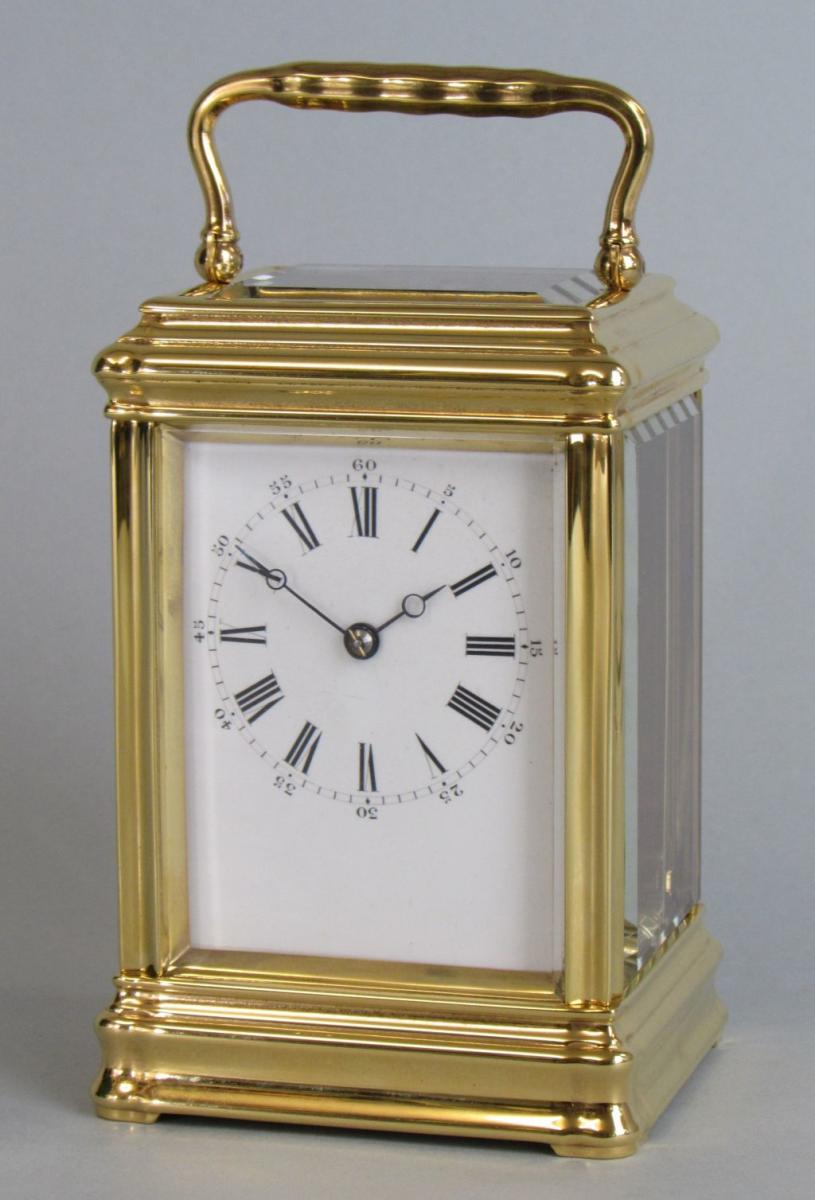 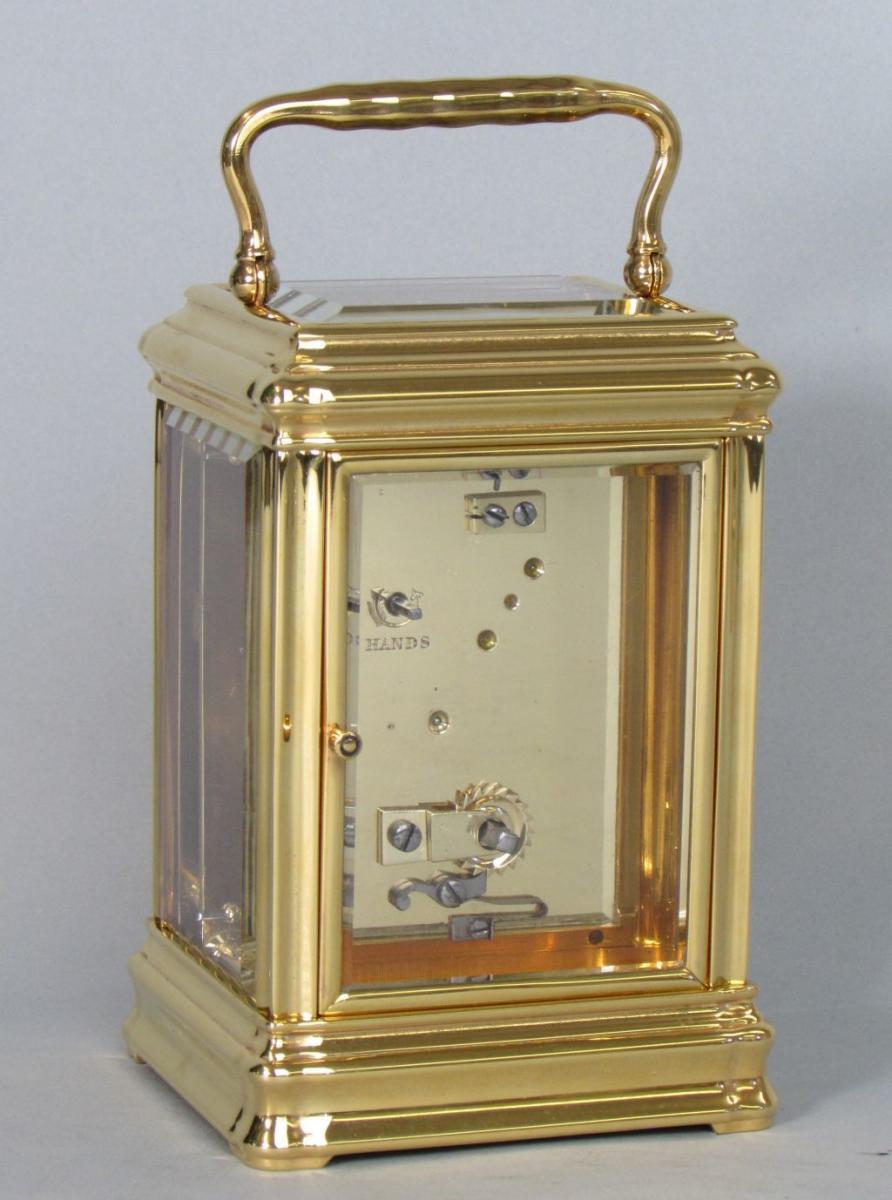 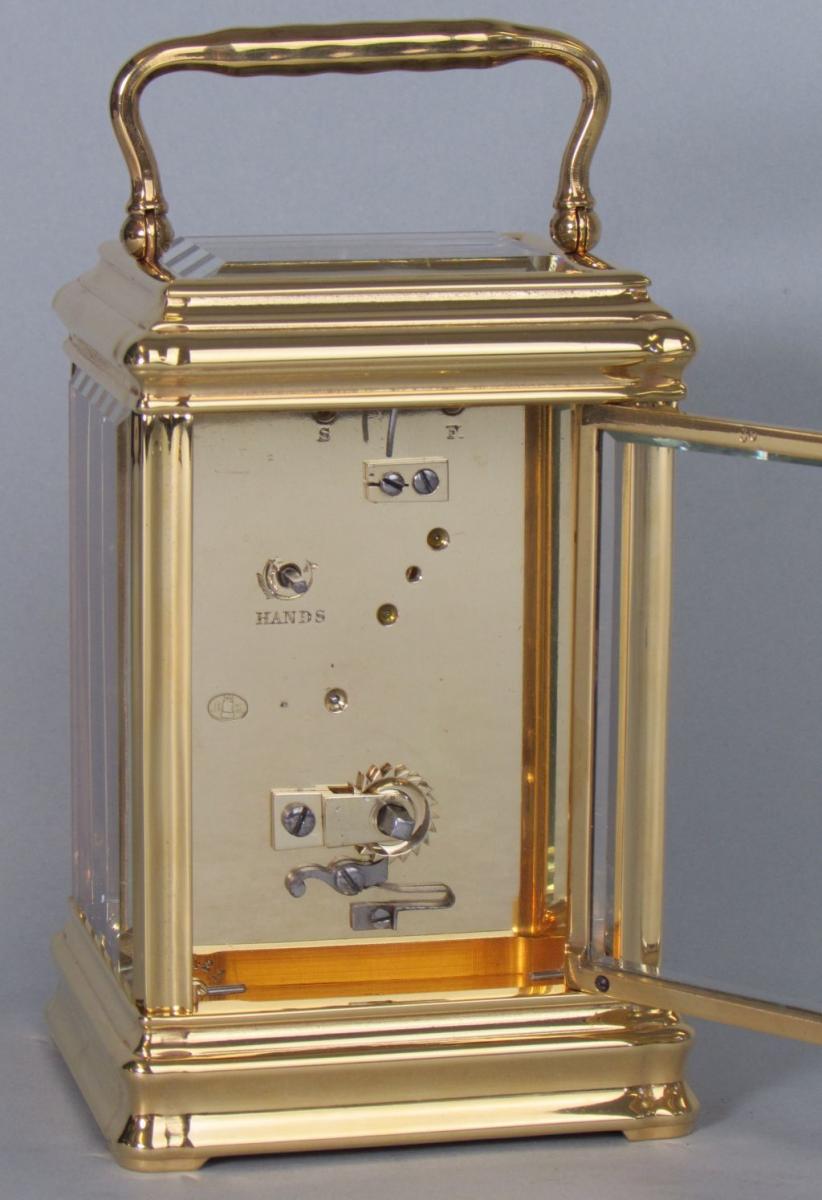 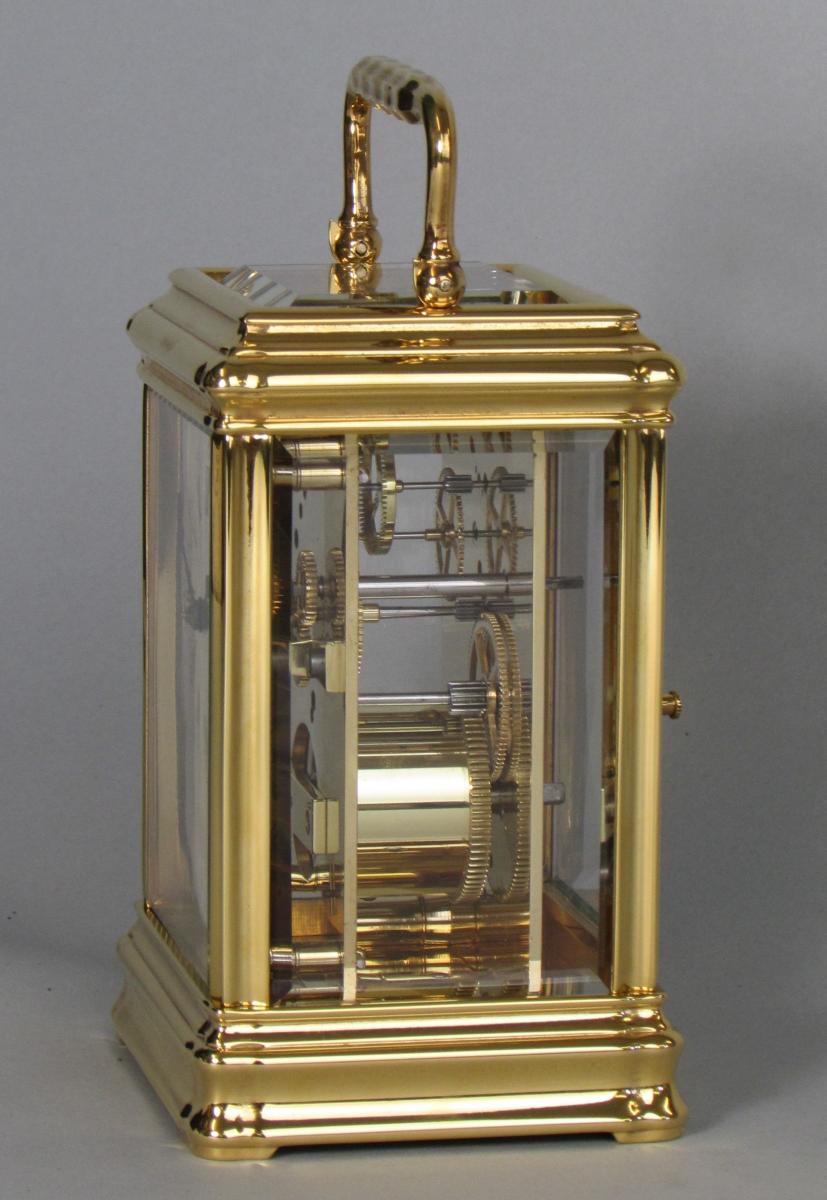 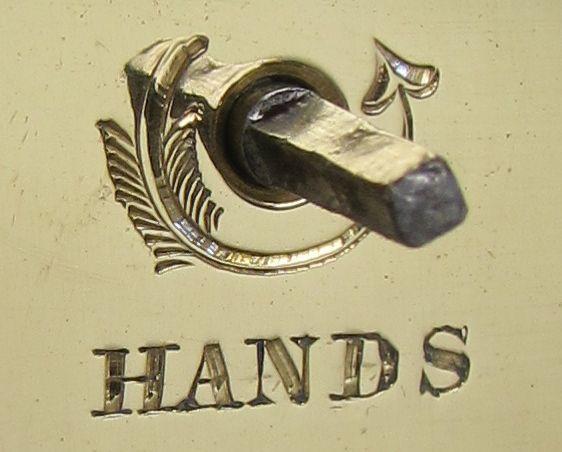 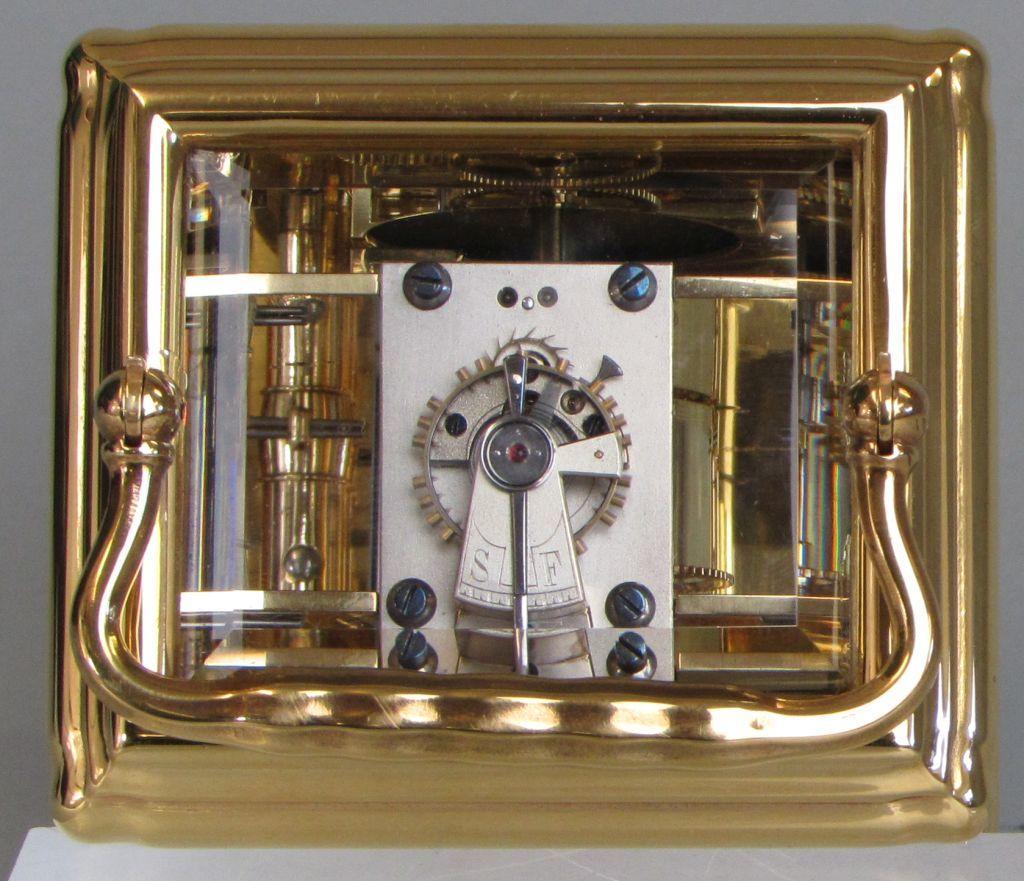 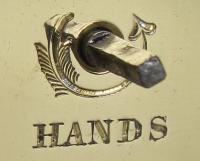 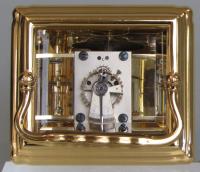 A Gorge cased French carriage clock by Alfred Drocourt. The eight-day duration timepiece movement has a platform lever escapement and is stamped on the backplate with the serial number 21421 along with the trademark for Drocourt, the initials D.C. either side of a clock within an oval, with a further Drocourt trademark stamped between the plates along with the blanc roulant movement number 8078.

The white enamel dial has black Roman numerals, Arabic five-minute outer numerals and blued steel spade hands, with the rear of the dial plate scratched with a repair mark for F. Hooke, Oct 1903.

The gilded gorge case has the usual five-bail handle.

It is quite unusual to find a gorge case carriage clock by this maker housing a timepiece movement, the norm being for striking examples.

For further details of Drocourt and their working practices see my 2014 Drocourt Exhibition catalogue, available to view via the website