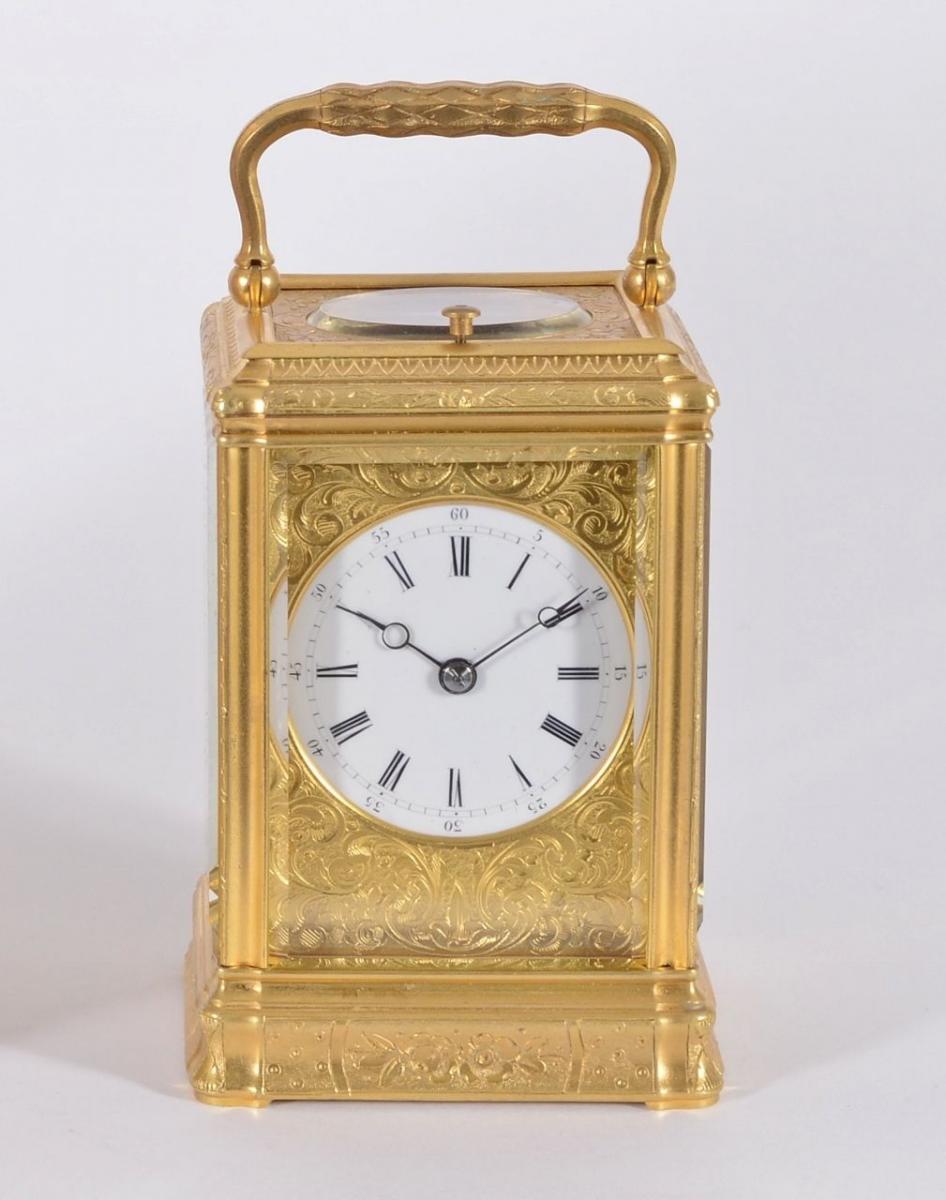 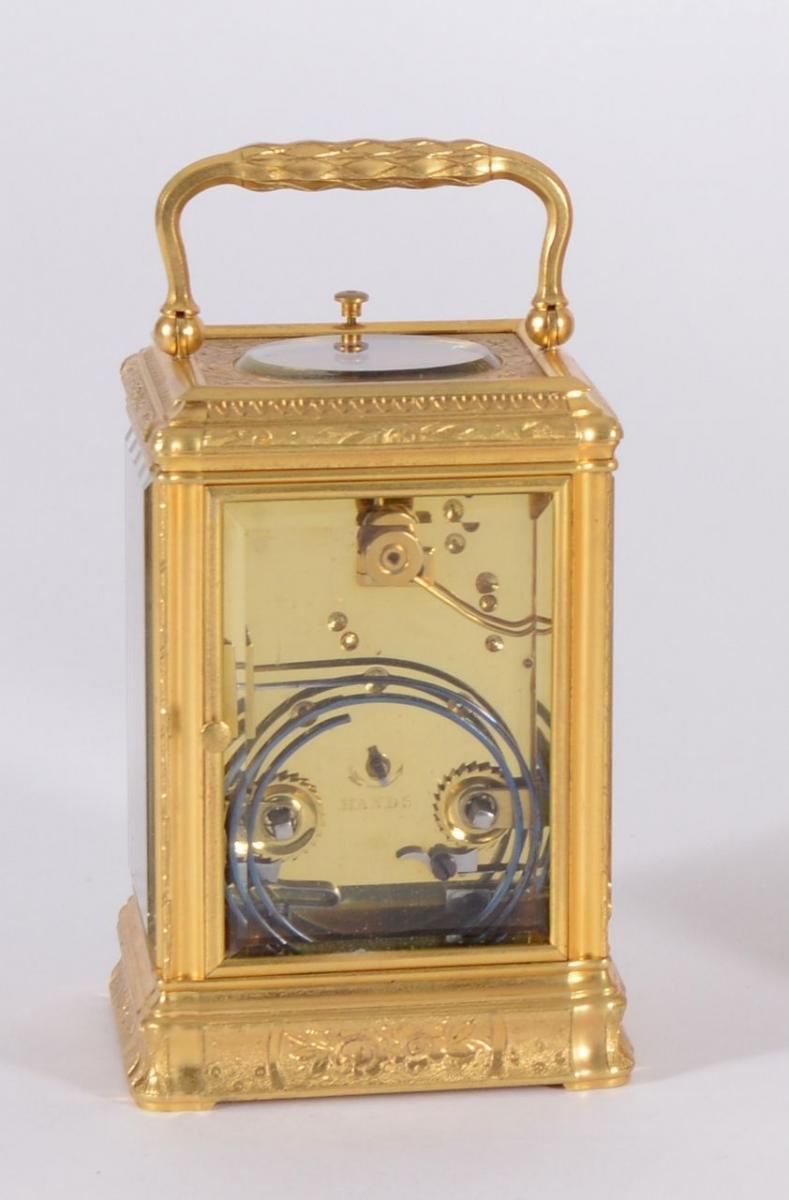 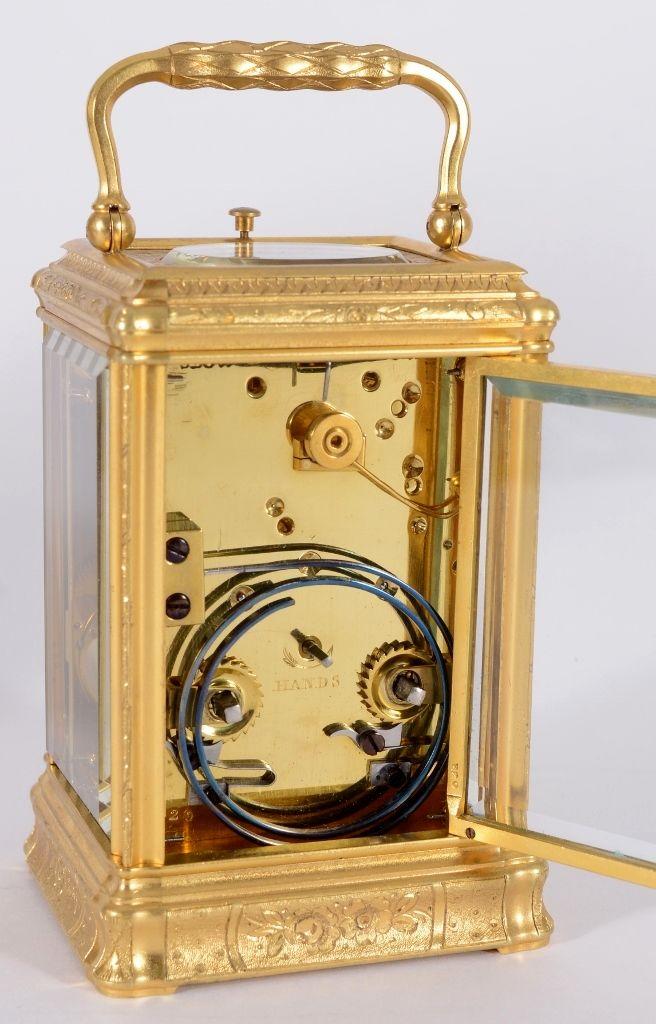 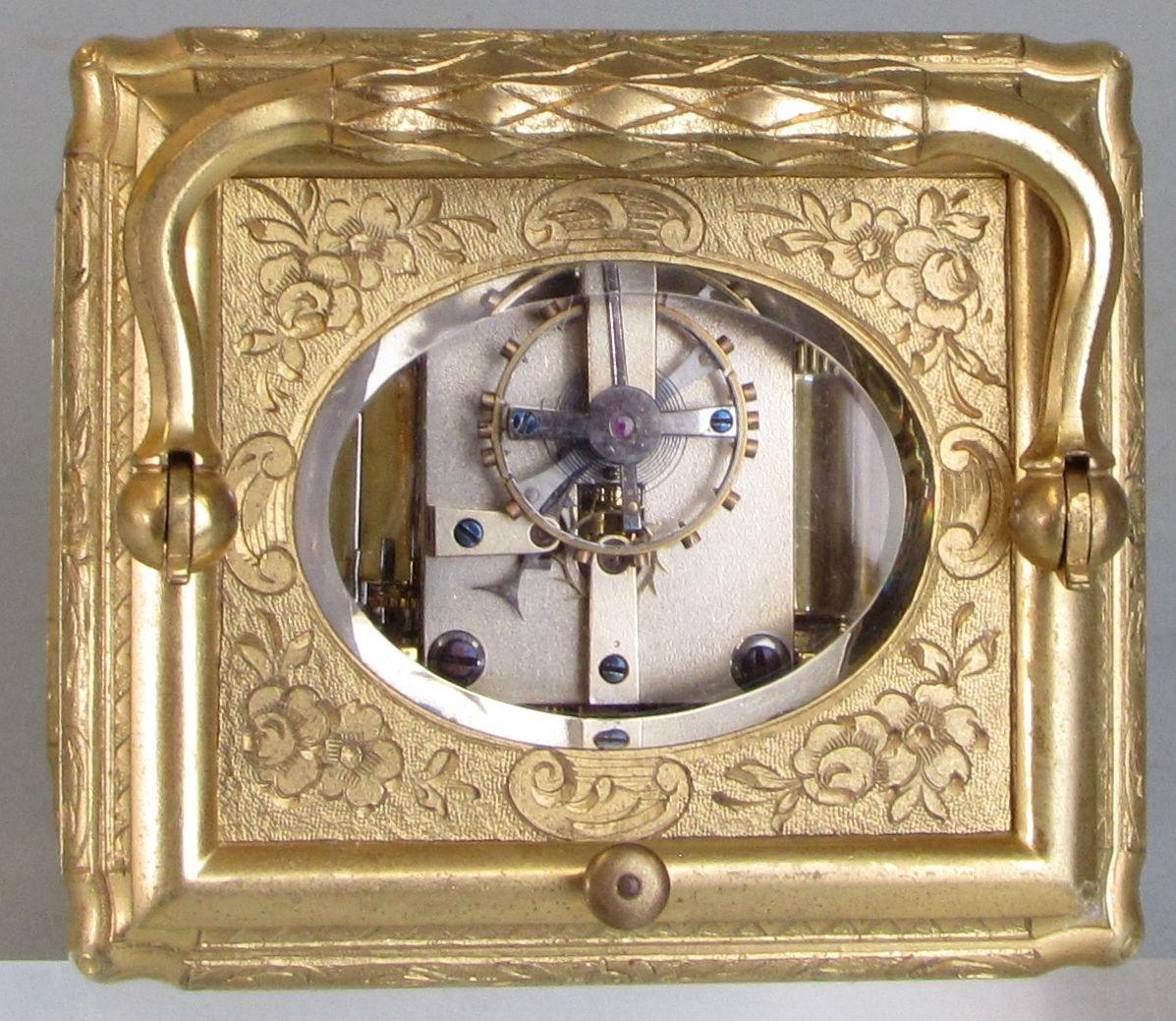 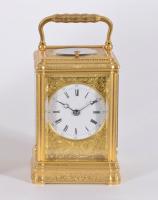 A finely engraved Gorge carriage clock by Drocourt of Paris.

The eight-day duration movement strikes the hour and half-hour on a gong, with a repeat button to the top allowing the hour to be struck at will. The silvered platform lever escapement is stamped to the underside FR P 6401, these escapement makers’ initials having been seen on other platforms supplied to Drocourt during this period of manufacture. The movement backplate is stamped with the serial number 5820 along with the wording Fast/Slow either side of the regulator index for adjusting the rate of timekeeping, with the inside of the plates stamped with the Drocourt trademark oval; the wording Drocourt, Paris, Fnt, (Fabricant or Maker), with the front of the frontplate stamped with the initials and serial number H.L. 12711, for the maker of the blanc roulant, Holingue frères. The white enamel dial has black Roman hour numerals, Arabic outer five-minute numerals, dots to the outer aspect and blued steel moon hands with a finely engraved gilded masked surround. The engraved Gorge case is of a style typical of this maker.