Dr Robert Thornton's Roses and Tulips from 'The Temple of Flora'. 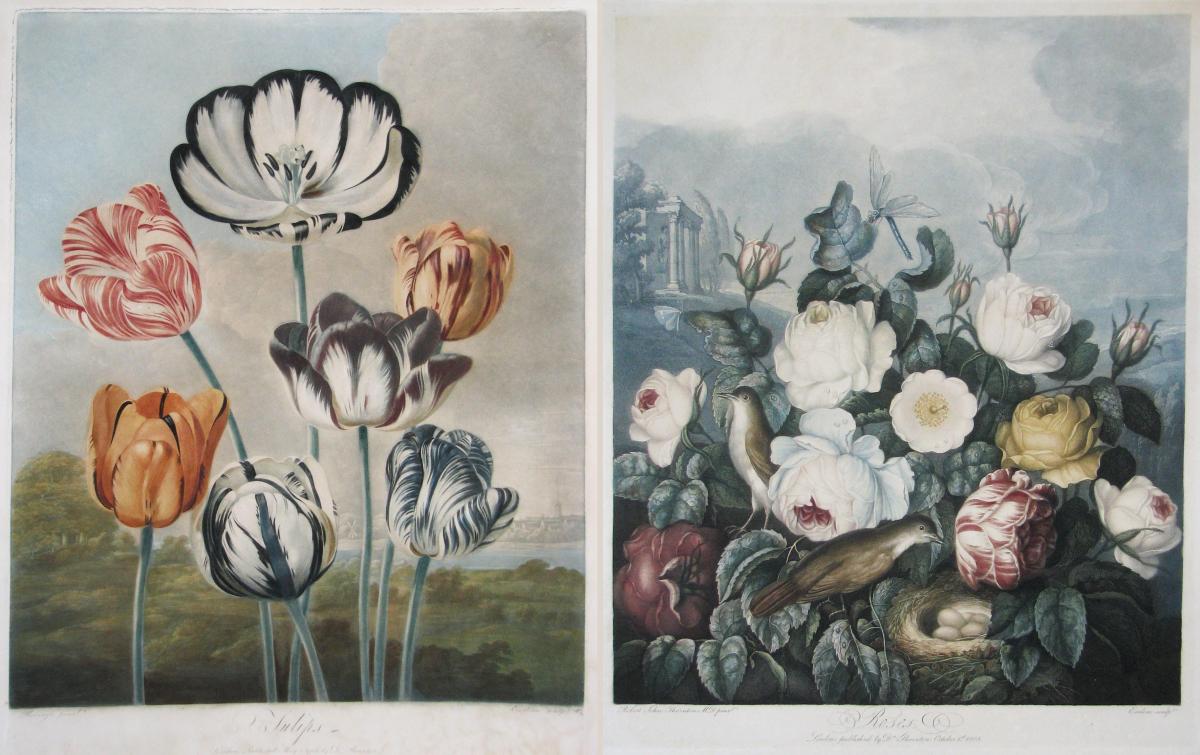 These prints are the two most sought-after plates from an ambitious series of large, folio images of flowers separately issued by Dr. Robert Thornton between 1798 and 1807.  Originally sold to subscribers, the 31 plates were finally published in one volume in 1807 under the title The Temple of Flora.

Thornton was a lecturer on medical botany at both Guy’s and St. Thomas’s hospitals.  He published many of his own works including the “New Illustration of the Sexual System of Linnaeus” which culminated in the magnificent volume of colour plates entitled The Temple of Flora.  Thornton devoted his modest fortune to this publication, which he vowed would be the most magnificent botanical work ever produced.  The resultant plates are quite breathtaking: colour printed mezzotints and stipple engravings depicting both familiar and unusual plants set against romantic landscapes.  Sadly, the expense involved in producing the Temple of Flora reduced Thornton to bankruptcy as he relied upon subscriptions that were not forthcoming.  In an attempt to recoup some of his losses he published a smaller edition of the work and arranged a ‘lottery’ for 6th May 1813 at which the original paintings were offered as prizes.  Unfortunately the lottery was also undersubscribed and, despite his affluent past, Thornton died penniless in 1837.  He left behind what is arguably the finest botanical work ever to be printed in England.