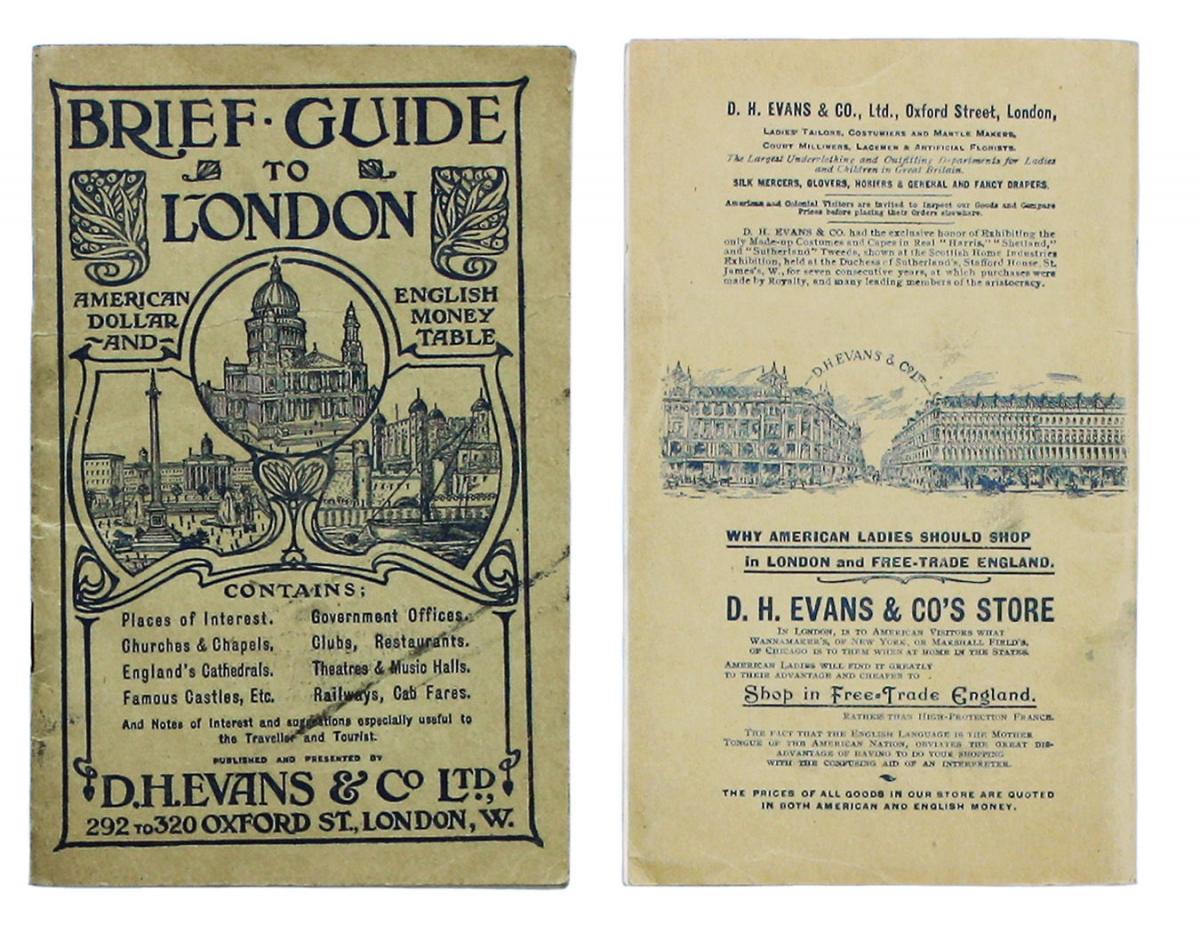 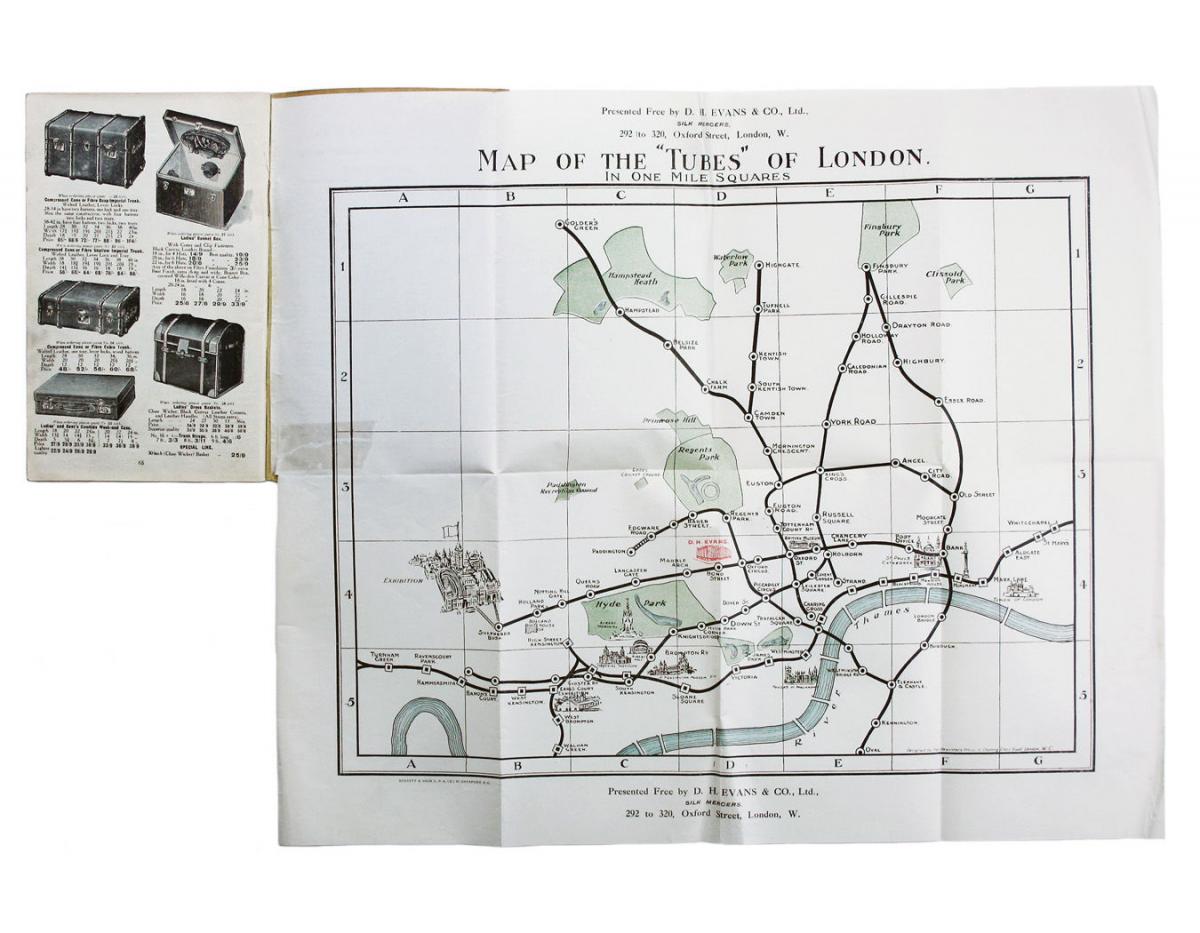 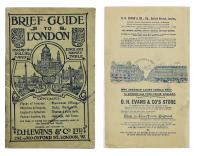 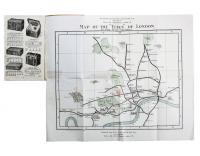 8vo guide booklet, pp. 68, buff card covers, with a specially commissioned folding Tube map 35.5 x 42.5 cm, which shows (only) the UERL lines, pasted to the inside lower cover, designed by the Dewynters Press and printed by Bonnett and Shum; a 5 cm tear has been closed with tape on the verso.

The map is printed in three colours with some landmarks depicted pictorially, including the DH Evans department store – which is highlighted in red, more or less at the centre of the map. There is no key, but efforts have been made to differentiate between the different types of line. The three deep level ‘tubes’ under the UERL aegis, precursors to the modern Bakerloo, Northern and Piccadilly Lines, have stations marked with a circle. The UERL was also the parent company of the cut-and-cover District Line, whose stations are marked with squares. The text of the guide advertises the Coronation Exhibition and Empire Display at White City, and the Festival of Empire at Crystal Place (‘probably’ to run May to October, so the guide may have been printed in late 1910 before dates were fixed). The guide contains useful information for travellers and tourists, such as plans of London theatres, and a section on touring British cathedrals.

The guide seems to have been aimed at an American audience, with several pages devoted to converting prices in pounds, shillings and pence into dollars, and the advertisement for DH Evans on the back cover explains ‘why American ladies should shop in London and free-trade England… rather than high-protection France’.